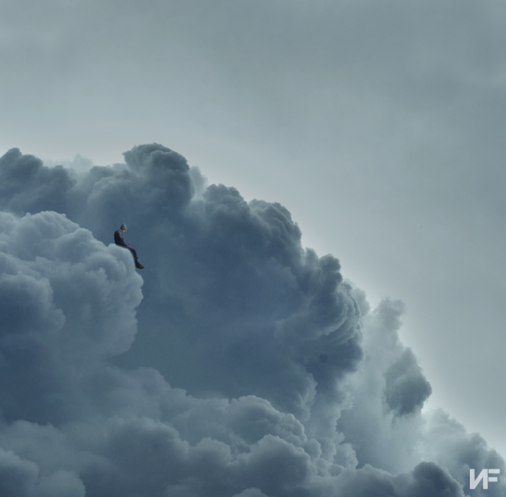 Michigan rapper, NF, just dropped a new track in anticipation of his newest project which will be released on March 26 of this year. “Clouds” is the latest release coming from the rapper’s up and coming mixtape called “CLOUDS (THE MIXTAPE).” The mixtape will feature collaborations from artists like TECH N9NE and Hopsin, and this present single is just a peek into what we can expect from NF’s project.

With his last single, “CHASING_(DEMO),” being released in October of 2020, this most recent release, is quite a shift from the emotion-filled ballad of its predecessor. “Clouds” tells of NF trying to navigate the industry and numb the voices of the nay-sayers while maintaining his own identity. While listening, it is apparent that this is a track that is meant to catch your attention. The song showcases multiple flows by NF and a crescendo throughout that ultimately peaks and transitions into a beat that hits harder than a brick!

A YouTube video also accompanied the song after it was released on February 18th. While the video is currently unavailable, the four minute long video premiere received more than eight million views and just a few thousand away from nine million. The video has been receiving numerous praises for its stunning visuals and eye-deceiving transitions that will have you questioning whether or not you even saw what you just witnessed.

NF has gained a giant following and his music demonstrates the exact reason why he has gained so much support. All of his previous releases have done well and from the response to the latest single, the mixtape seems like it will follow suit.

In order to listen to the past and present works by NF, his music is streaming on all platforms including Spotify, Apple Music and Tidal. The newest project is also available or pre-order on Amazon Music, iTunes, and Target.