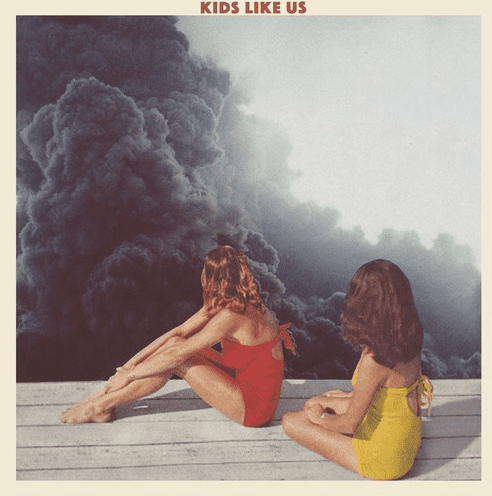 The band Colatura has been called, “Fleetwood Mac with shoegaze guitars”, but the truth is the band is like no other. They make this palpable with their new single “Kids Like Us”.

The rock song is heartfelt with deep content. The track tackles how family issues and repressing emotions can take a toll on someone’s mental health. When these issues go unaddressed, it stays in the family and sadly get passed on to the next generation. This is why in the chorus the lyrics plea for the cycle to end and not get passed on.

Colatura’s guitarist/vocalist Meredith Lampe spoke in-depth on the subject matters embedded in “Kids Like Us”.

“This song is about collective family baggage, mental illness, and destructive patterns that can repeat generation after generation,” said Lampe. “We wrote it from the perspective of one sibling calling another to remind them that they made a pact to never have kids in the hopes of cutting off the negative cycle and to stop passing down traits that they wish they didn’t have themselves”.

Colatura bandmates Jennica Best and Digo Degario were writing music for the band since 2017 but were unsure of the band’s music style. This would be resolved in 2019 once Lampe joined and formed the Colatura we know today.

The band does not have one lead vocalist. This is the dynamic of many great bands like The Beatles and the Eagles. Degario sees the combination as a blessing.

“I’ve never had that in a band before it was always like you come to the drummer and if it wasn’t about specifically the drum part, they throw their hands up,” said Degario. “It’s nice in this band to be able to pass things off when we get frustrated with them or like have someone put the finishing touches on it and really trusting everyone that like we’re all kind of at a similar ability at that.”

“Kids Like Us” is the fourth single featured on Colatura’s debut album, “And Then I’ll Be Happy”. The album was curated during the COVID lockdown in 2020 where the trio retreated in their own “pod’ in upstate New York. For the album, the band worked with Grammy-nominated producer Charles Mueller. A catalyst for the collaboration was Mueller’s openness to the band having more than one lead vocalist.

“We interviewed with a few other producers before we decided who we were going to work with, and a lot of the other producers had felt like it wouldn’t work to have a band, with more than one lead singer,” said Best. “Charles was one of the few people we talked to that really seemed like he bought in on our idea of what we were trying to accomplish with it, and that he was there to sort of help make it happen.”

The four singles for “And Then I’ll Be Happy” display Colatura ventures into different styles and tones which leaves their fans unsure about how the rest of the album will sound. The band ensures that their fans will fully understand the direction Colatura is heading towards.

“I feel like we can expect this to be like our flag in the sand in the sense that this is kind of like the first big piece of work that we’ve done that really kind of sounds like us,” said Degario. “I feel like when you listen to the album you really come away from it being like okay, I get it, I get the culture, I get what they’re trying to do.”

The band has great aspirations and hopes that the album will be the fire that launches their rocket. The bandmates aim to have the band help each member launch their own outlets in the future and Colatura be a collaborative treasure chest that they can all open when they are ready to.

“And Then I’ll Be Happy” is releasing on April 22 on all streaming platforms. Music fans should remember Colatura for now because soon the band will be headlining major music festivals.