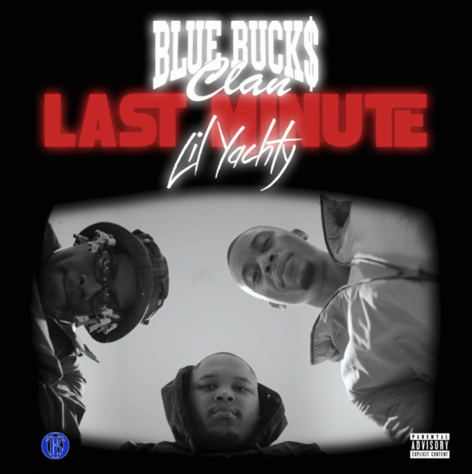 BlueBucksClan joined forces with rapper Lil Yachty to create a song and visual for their new single, “Last Minute.” The duo from Los Angeles released the song’s video on March 5 via YouTube. “Last Minute” comes as their latest released single from BlueBucksClan’s up and coming mixtape, Clan Virus 2, which will officially be released on March 26. The two’s music has already gained more than 50 million streams and this newly dropped single will only increase those numbers.

The video for “Last Minute,” which has over 124,000 views, is almost mind blowing to view. It contains stunning visuals and edits that take the viewer on an ocular journey. Never taking place too far from the luxurious house the video was shot in, the video just shows off the trio having a good time with good company.

The single itself is a laid back and chill, yet slightly up tempo track with trap beats accompanied by a few piano notes. Group members DJ and Jeezy rap about maneuvering through their high profile lifestyles. They rap about their designer clothes, cars and dealing with women. Then Lil Yachty comes in and effortlessly matches the group’s energy with his verse. “Last Minute” is simply one of those tracks that can be played at a party and just get the crowd going!

The pair has already been receiving various praises from Billboard, COMPLEX and UPROXX so it is evident that the music world is noticing and responding well to their music. Pitchfork even called them “L.A.’s best duo.” With the support of an already established artist like Lil Yachty and raving reviews from numerous music critics and publications, BlueBucksClan will surely rise to the top in no time.

To keep up with current music or to listen to past music by BlueBucksClan, you can follow them on Instagram, Spotify or Soundcloud.