DALLE·E 2 And The Future Of AI Art 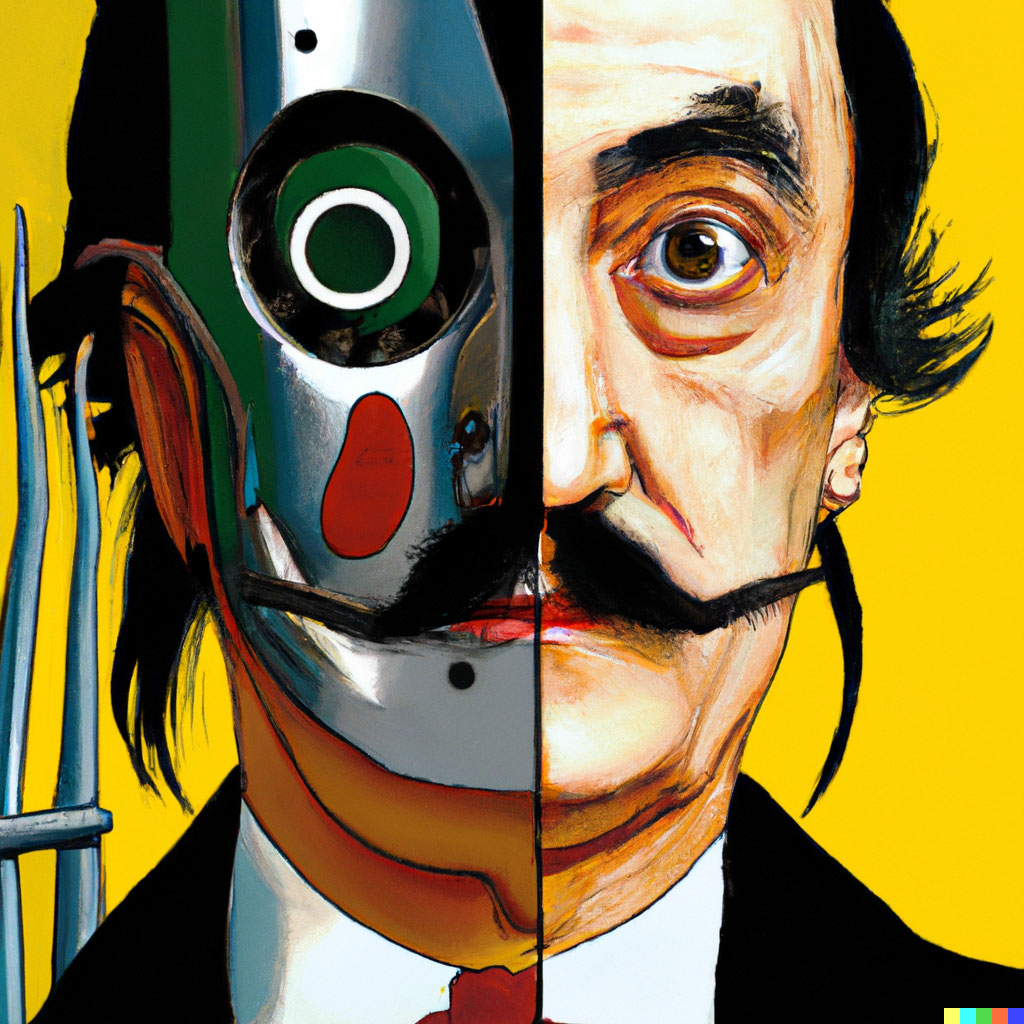 DALLE·E 2 And The Future Of AI Art

With a descriptive line, an input box, and the press of a button any person can be an artist. The AI image program DALLE·E 2  — a portmanteau to the artist Salvador Dali and the Pixar character WALL-E  — is one of the many available programs for computer generation. DALLE·E 2 is a program of OpenAI, a research and development company, which works “to ensure that artificial general intelligence (AGI)—by which we mean highly autonomous systems that outperform humans at most economically valuable work—benefits all of humanity.”

An update to DALLE-E, which dropped last year, DALLE·E 2 was recently released, which, compared to its predecessor, “generates more realistic and accurate images with 4x greater resolution.” With such demand for its photorealism, per OpenAI, DALLE·E 2’s beta program currently has a waitlist.

As an AI generator, DALLE·E 2 understands the relationship between images and the text used to describe them. Using a model process called “diffusion,” the program “starts with a pattern of random dots and gradually alters that pattern towards an image when it recognizes specific aspects of that image.”  With a simple sentence of the desired image, the more detailed the better, DALLE·E 2 can create original, realistic images based on three criteria: concepts, attributes, and styles. OpenAI’s example on their website is of “an astronaut riding a horse in a photorealistic style.”

Following its input, depending on the processing power of one’s computer, DALLE·E 2 will produce an image roughly between 20 and 45 seconds. Once generated, the user can make edits to elements of the image, even aspects such as “shadows, reflections, and textures.”

This “AI movement” has, arguably, distilled art into an algorithm. An easy and effective way to create aesthetic images. DALLE·E 2 heavily removes the human element from art.

One of OpenAI’s mission statements is “to be effective at addressing AGI’s impact on society” — what is DALLE·E 2’s impact on the arts and its community? How much AI art is more of a science rather than a form of art? Blurring the line between artist and art, how is this similar or dissimilar to other art mediums? Is this something artists should champion or create boundaries around? While this is not the first case of digital art (photography included), as programs such as DALLE·E 2 become more refined, these questions will become harder to answer.