“Da Vinci of Debt:” Most Expensive Artwork in the World 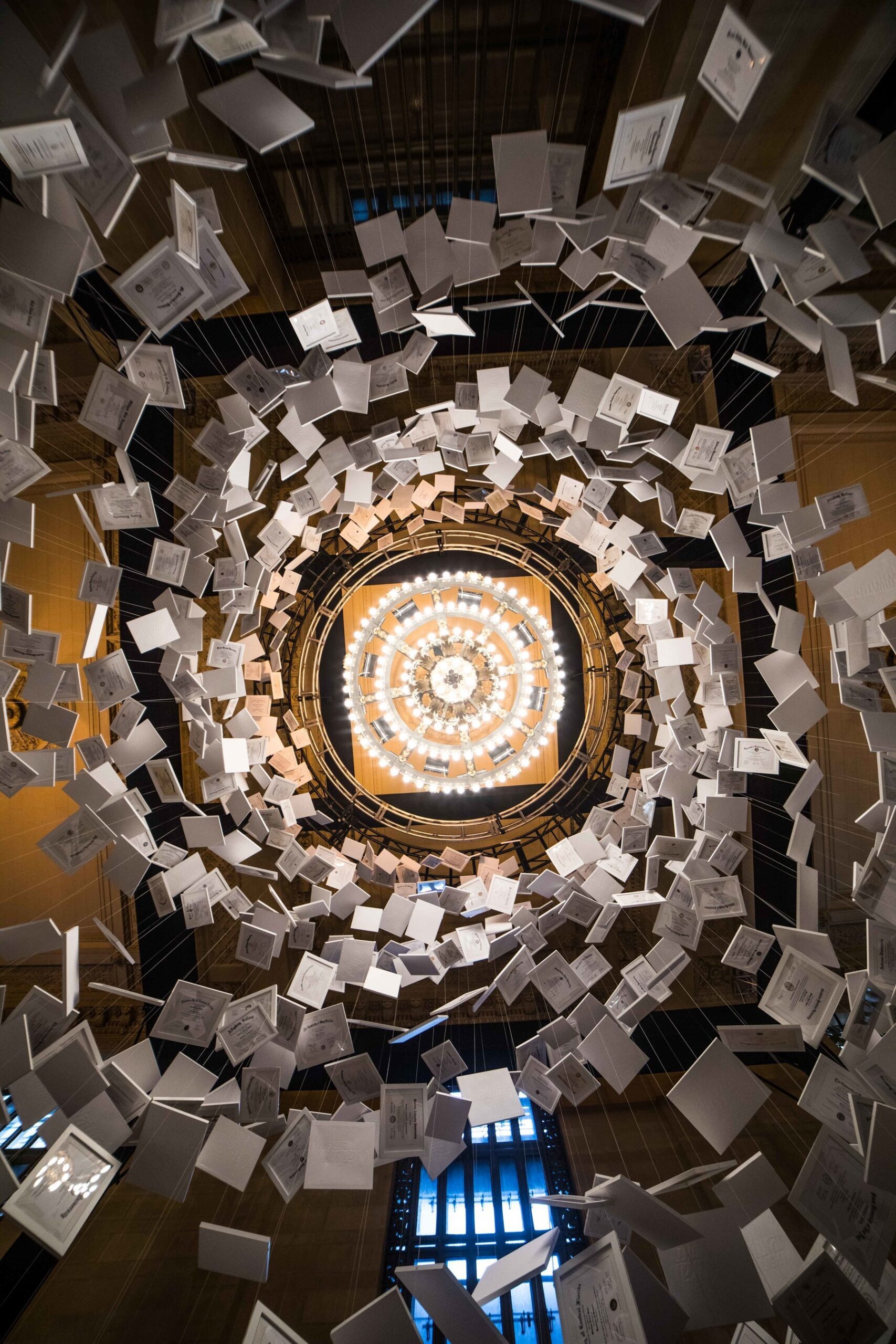 “Da Vinci of Debt:” Most Expensive Artwork in the World

New Record: Most Expensive Artwork in the World

The $470 million sculpture was recently exhibited in Vanderbilt Hall within Grand Central Station in New York City. From January 14th to 16th, anyone making a commute through the bustling golden halls of Grand Central could take a moment of pause and gaze upwards at the helix spiral of hanging art. 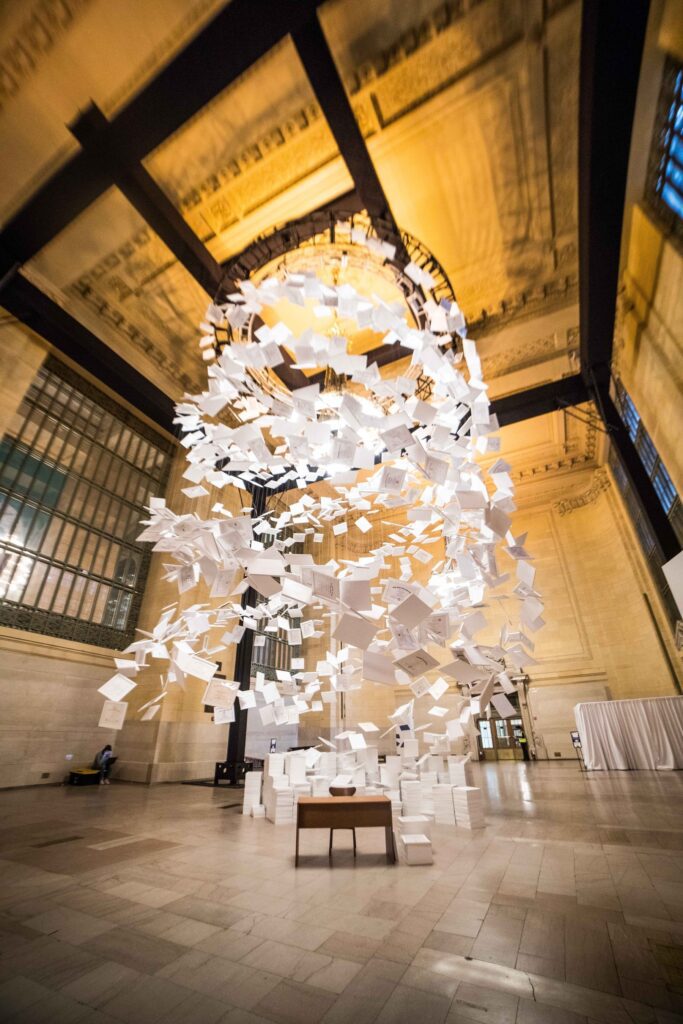 Of all mediums, it is composed of 2,600 authentic college degrees, pristinely covered in shiny white frames. Natural Lights explains the degrees were rented from actual college graduates for $100 a piece across the country. Factoring in the average cost of a college education assigned to each diploma, the staggering value assessment falls into place. 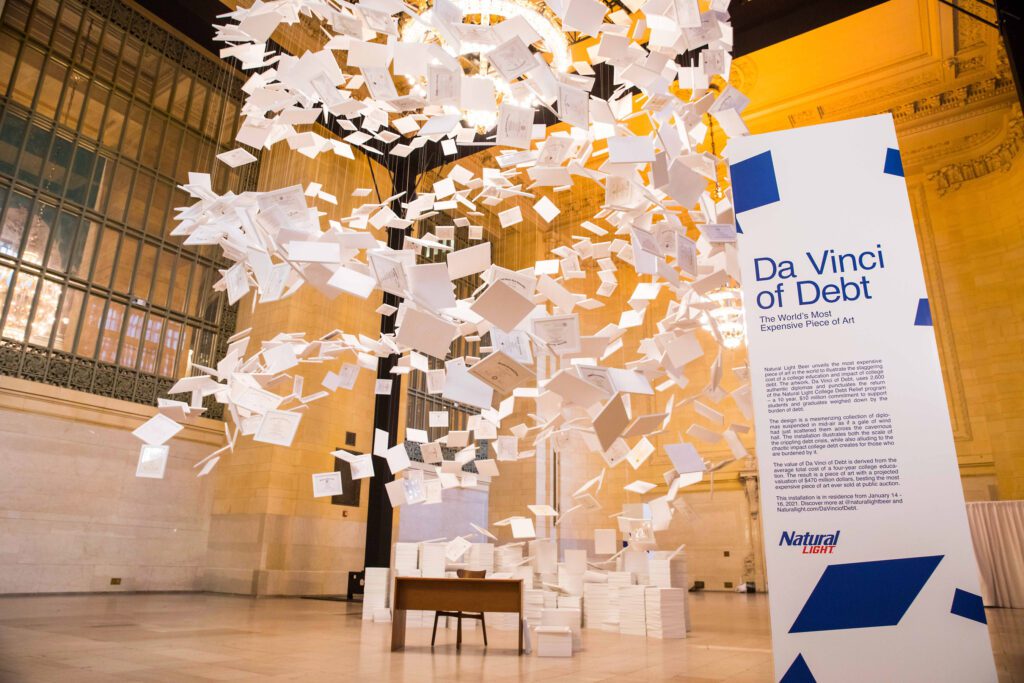 The diplomas are “suspended in mid-air” across the 6,000 square feet of Vanderbilt Hall. The work is a testament to the skyrocketing price of a college degree in this country. And more importantly, it is a testament to the excessive debt many must endure for the sake of an education. The spiraling shape speaks to the scale and chaos of the burden created by college debt.

The government’s track record has proven predominantly unforgiving with regards to mitigating the taxing effects of student loans. By the time this piece will be published, President Joe Biden and Vice President Kamala Harris will be in the throes of their inauguration. Amongst this new administration’s plans for their first days in office is the extension of “pandemic related assistance on student loan payments.” How much further will they go to ease this national problem?