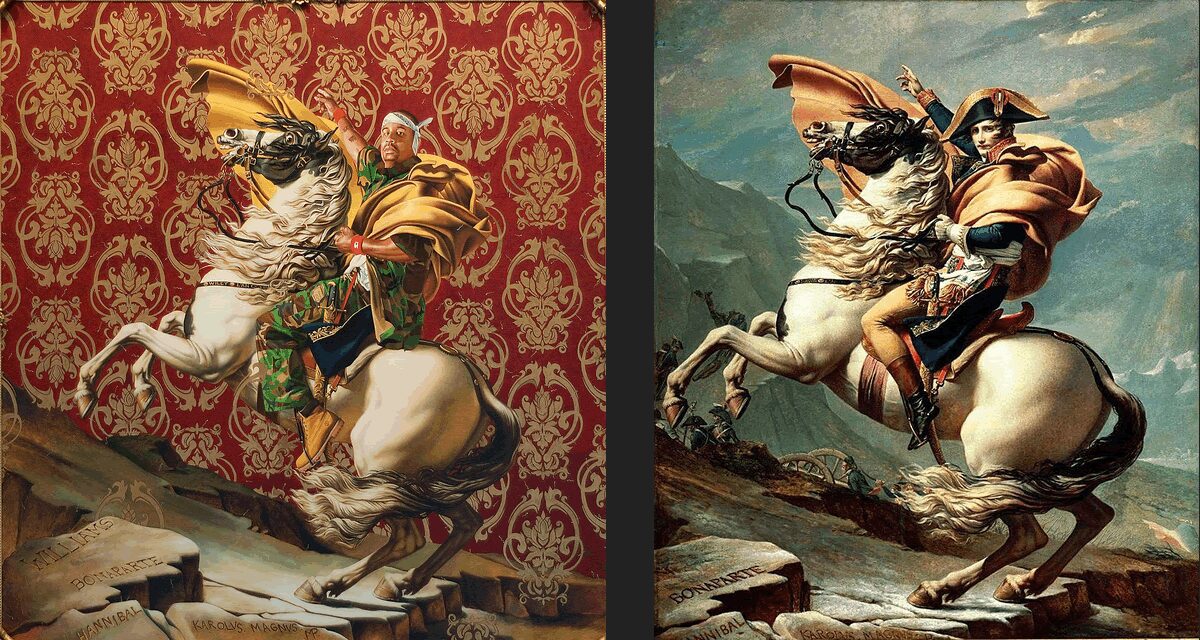 History overflows with Eurocentric paintings that set the standards for fine art.

The Contemporary period gave birth to artists longing to reinterpret those paintings to shed light on less represented cultures. In doing so, the works provide a fresh perspective on older ideals, solidifying that fine art transcends nationality and race.

The art of Kehinde Wiley, Harmonia Rosales, and Yinka Shonibare do just that. Each artist has an individual style, striking various topics through their work. 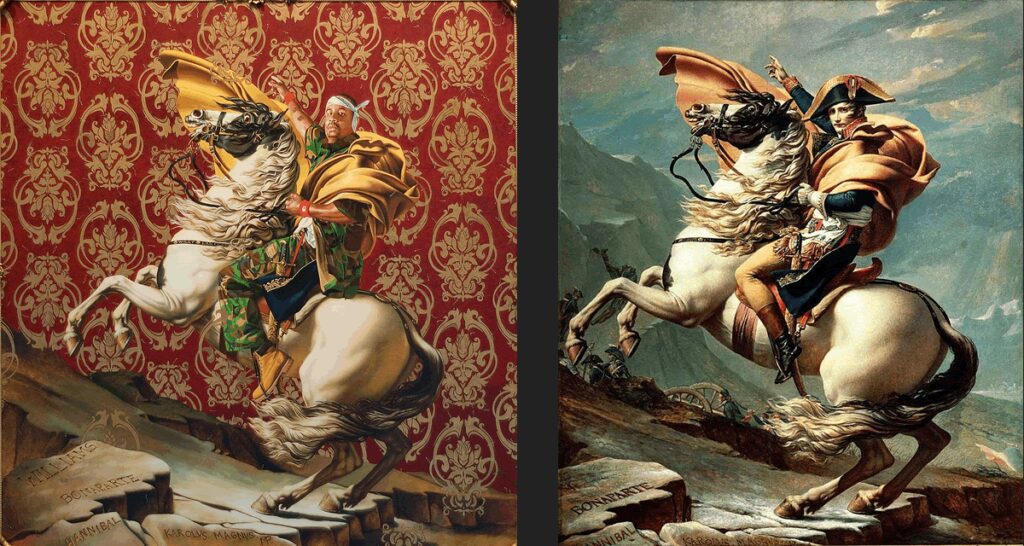 A Los Angeles native, Wiley finds inspiration for his figures by scouting models on the streets. According to his website, his work is, “blurring the boundaries between traditional and contemporary modes of representation and the critical portrayal of masculinity and physicality as it pertains to the view of black and brown young men.” Wiley was famously commissioned to paint the official portrait of President Barack Obama for The National Portrait Gallery.

Above is Wiley’s Napoleon Leading the Army over the Alps (2005). The work is based on Jacques-Louis David’s Neoclassical Napoleon Crossing the Alps (1801-05). The background is a traditional Victorian pattern while the figure compares in Napoleon’s poise. However, this interpretation of Napoleon is an urban, Black male. The work frames and celebrates this man’s style and the power he holds within himself, representing young Black men in a tradition historically reserved for European nobility. 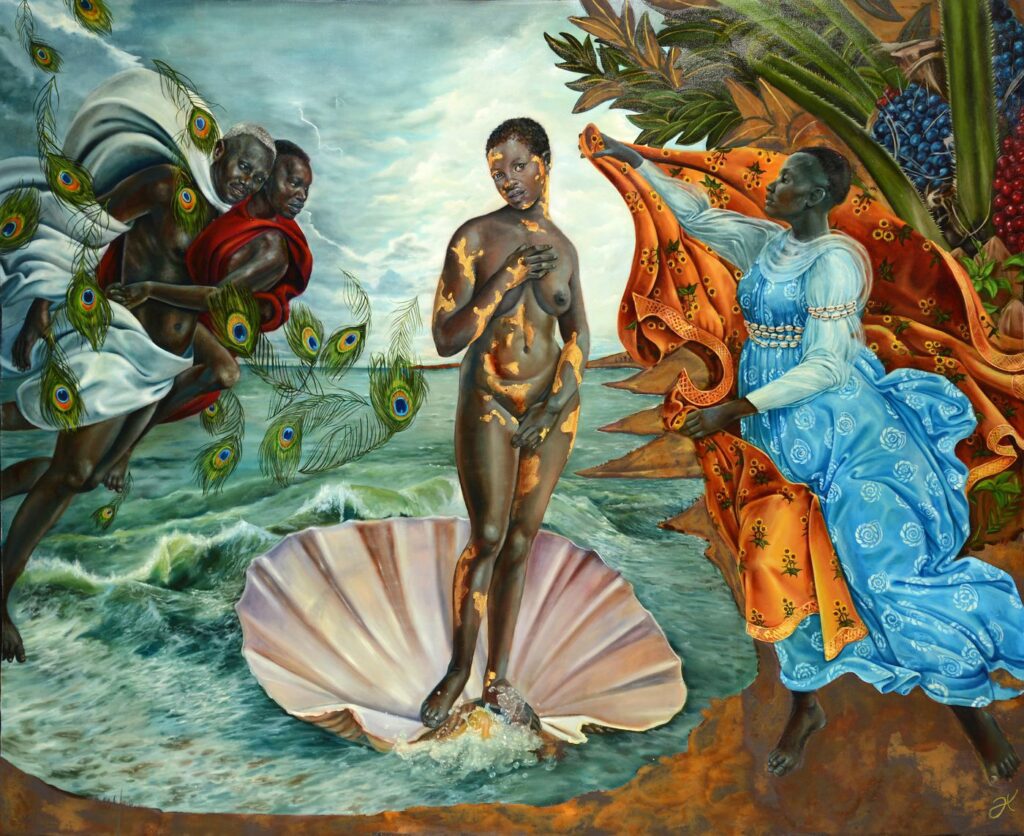 Rosales is an Afro-Cuban artist native to Chicago. Her work is substantially influenced by Italian Renaissance art, replacing figures with women of color. From her Wikipedia, Rosales wishes “to give women of color ‘artworks that reflect their beauty that has been ignored for so long.'”

Above is Rosales’ The Birth of Oshun influenced by The Birth of Venus by Sandro Botticelli. This work flips the standards of beauty that have been set by interpretations of the Roman goddess of beauty, Venus. The central figure is no longer white, she has vitiligo and shorter hair. This goddess proves that beauty has infinite definitions, and Black women can be front and center, unlike traditional paintings depicting them as maids or side characters.  In an interview with the Los Angeles Academy of Figurative Art, Rosales spoke of her daughter, “When I create my work, I create it for her so she sees the beautiful Venus as a black woman with natural hair.” 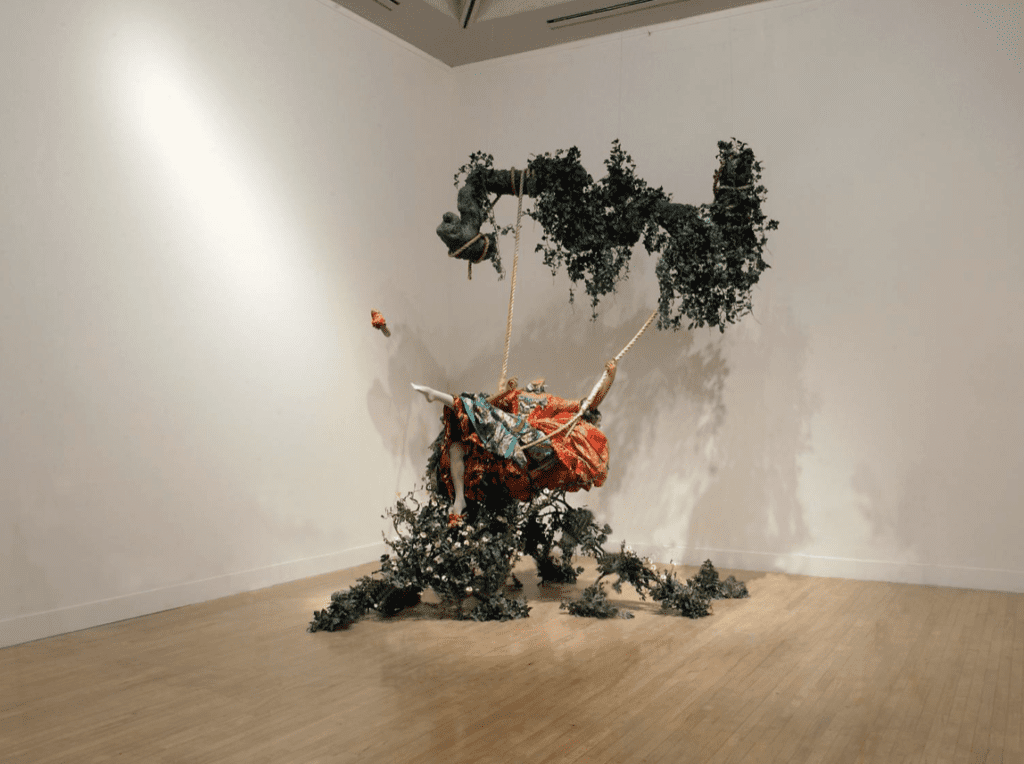 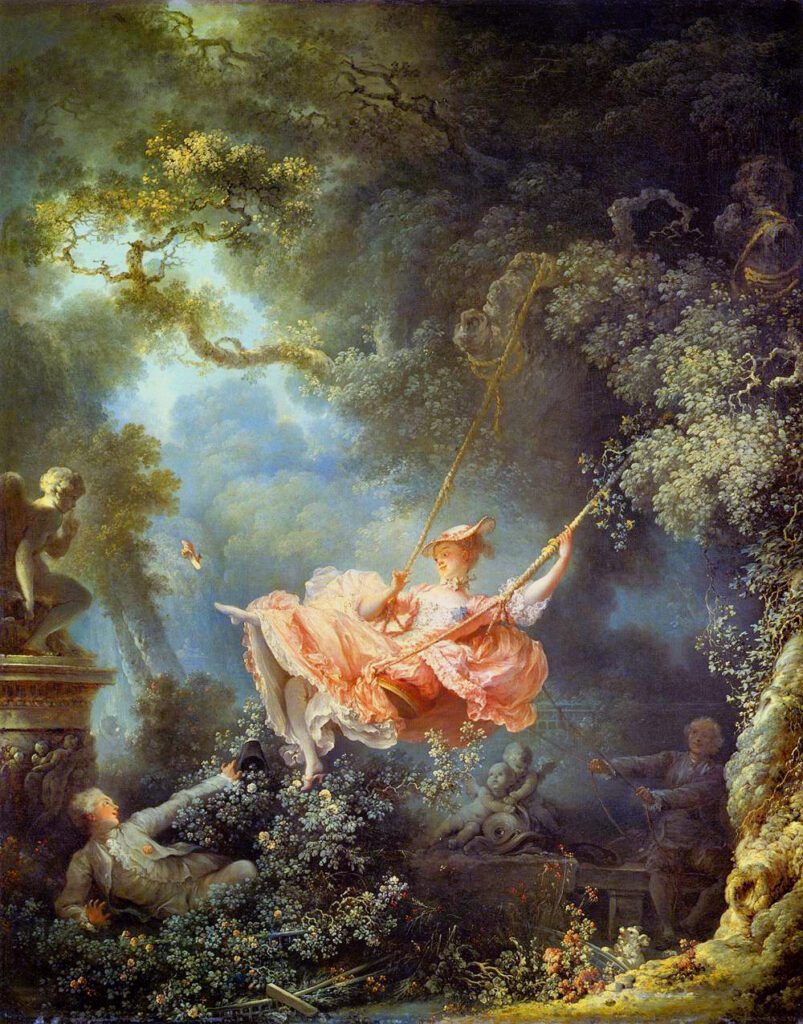 Shonibare is a British-Nigerian artist. Many of his works address issues such as colonialism and race. Shonibare’s sculptures are clothed in an “African” print, with the style originating in Europe and spreading to Africa, highlighting the cross-cultural ties between the two continents.

In his installation The Swing (after Fragonard) (2001), Shonibare adds his spin on Jean-Honoré Fragonard’s The Swing (1767). Unlike the original, Shonibare’s figure has no head and is wearing the signature African prints. The lack of head could be commentary on the French Revolution, which guillotined aristocrats, like the girl depicted by Fragonard. The African print could symbolize the European colonization of Africa, occurring during the creation of the original painting. While the fabric remained popular in Africa, the Chanel logo on the dress shows French ownership, another possible representation of colonialism and control.

Overall, these works initiate discussions. Some may find them outrageous while others appreciate the genius. Creations such as these build diversity and empowerment: opening the gateway for a progressive and inclusive future in society and art.