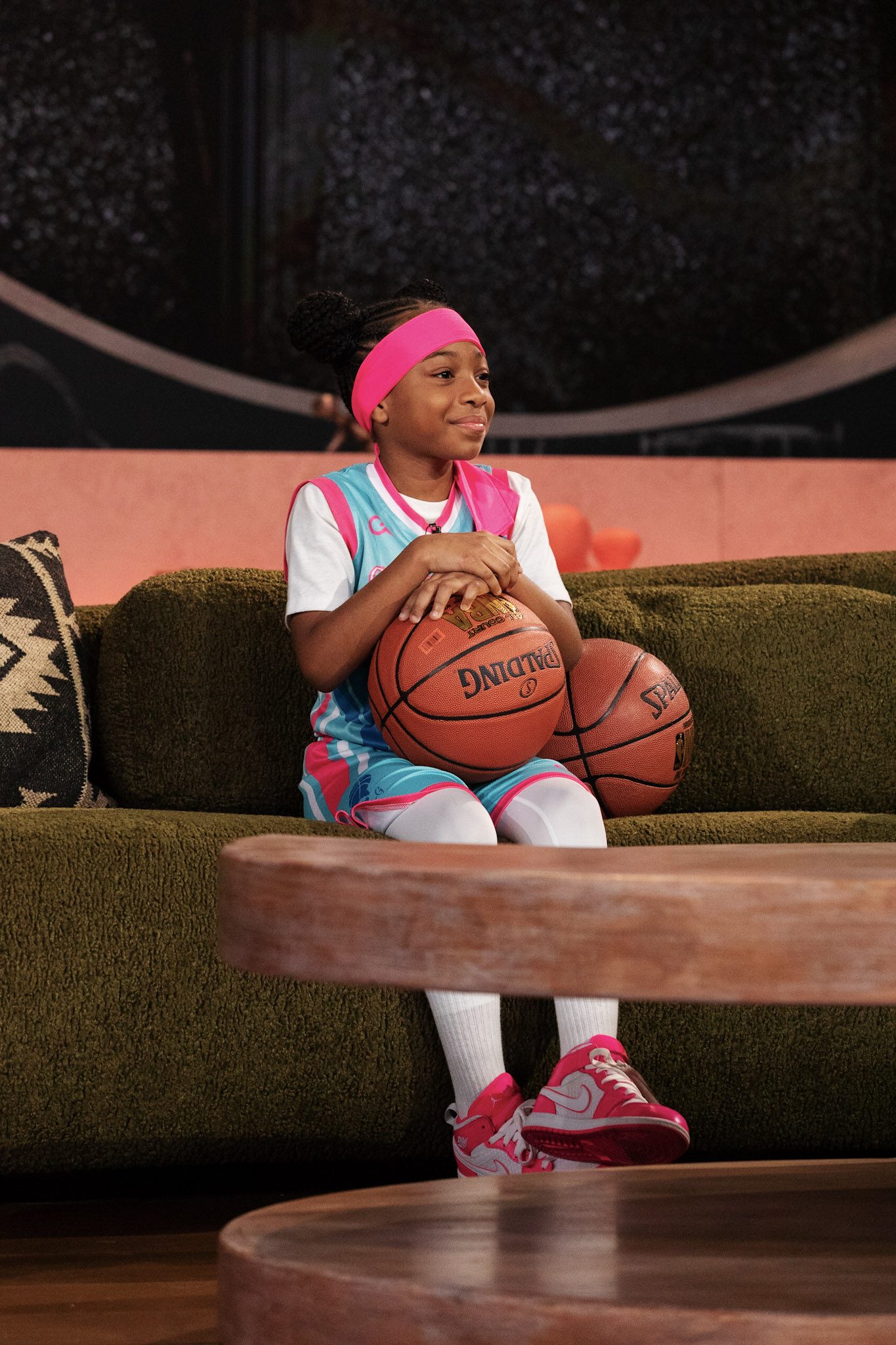 Pint sized Samaya Clark-Gabriel has giant dreams and it appears she will achieve them while wearing a blindfold and expertly dribbling two basketballs. At ten years old, Samaya, a self proclaimed “student athlete, actress and entertainer,” has 27K Instagram followers, a hefty influence for an 11-year-old. Samaya uses her platform to showcase her athletic ability and promote causes that she holds dear.

As far as basketball journeys go, Samaya’s has been somewhat unorthodox. While watching a Knicks game with her father when she was six years old,  Samaya declared that she wanted to play basketball. Shortly after that, she and her father headed to the mall where they purchased a pink and black basketball and quickly got to work.

Samaya immediately showed a propensity for the sport and her father wondered how she learned those moves. Samaya explained that she learned them from YouTube. And that’s how her skills continued to grow — from watching YouTube videos and challenging herself to do all the tricks she watched online. The coming generation will likely follow her lead and learn to play this way too.

Her prowess with the handles has led to appearances on Today Show and Little Big Shots, the NBC series hosted by Melissa McCarthy.

Perhaps most notably, Samaya performed with the Harlem GlobeTrotters. Her nickname — an essential aspect of being a GlobeTrotter — was “Ace”.

Though basketball appears to be her first passion, Samaya would be the first to tell you that you cannot commit to one sport when you are young. Joining the Tamron Hall Show virtually on Aug. 13, Samaya revealed that she wants to be an olympic athlete, but was not sure which sport she would want to play. Perusing her Instagram you will see that in addition to basketball she also plays lacrosse, tennis and she boxes.

Samaya also wants to use her influence as a young Black girl to inspire others to pursue their dreams as well as make a difference in the community. She clearly is passionate about sports and wants other girls to know that they can be too. Samaya was apart of the Ballin’ for Peace game in Brooklyn this past Dec. Another part of her charity work is raising money for childhood cancer awareness and research at St. Jude’s hospital. Visit St.Judes.com/SamayaCG to donate.

Drop a 💛 or 🎗 for all the little warriors out there🙏🏽🙏🏽🙌🏾🙌🏾 you’re not in this fight alone ************************************* If you’d like to donate to Samaya St Jude fundraiser link is in BIO, Our goal is to help as many families we can* All proceeds goes directly to St Jude hospital #TeamSamayaCG #FightFightFight #Samayaclarkgabriel #childhoodcancer #makingadifference