Think about famous artists throughout history; what comes to mind? Maybe Picasso and Matisse munching on a croque monsieur outside a Parisian café? Or Michelangelo on his back, adorning the ceiling of the Sistine Chapel?

Either way, many tend to have a eurocentric view of the art world and its artists: usually of a bearded, aged, grim-looking, white man. Who could blame them? Museums like the MET have sections called “Arts of Africa, Oceana, and the Americas,” all stuffed into one place, dangerously generalizing art that encompasses the rest of the world: hundreds of years apart.

It’s time for society to normalize including Black artists among the greats. Listed are some legendary Black artists that should be on everyone’s radar. 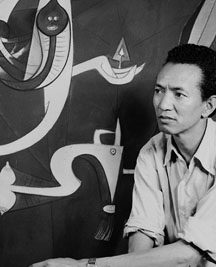 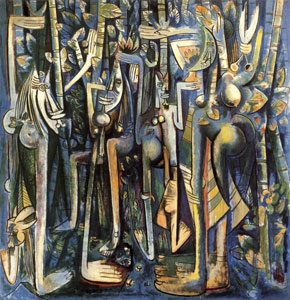 Wifredo Lam was a Cuban painter. Born in 1902 to a Chinese father and Congolese-Cuban mother, Lam was a Surrealist: a movement originating after World War I which emphasized art through a dream-like, otherworldly lense. Lam trained in Madrid under Fernando Álvarez de Sotomayor y Zaragoza, who also taught fellow Surrealist Salvador Dalí. Escaping Paris to Cuba before World War II, Lam wished to display his Afro-Cuban culture, which he feared was being white-washed in Cuban history and tourism.

Above is Lam’s The Jungle (La Jungla) 1943. The painting depicts slaves in the Cuban sugar fields. The distorted bodies are almost stick-like; connecting the people and stalks that surround them, their faces resembling African tribal masks. The Surrealist work ties together Cuba’s history of slavery and colonialism, with Cuba being a large sugar cane exporter. 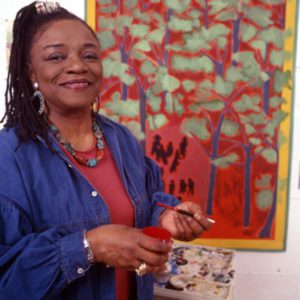 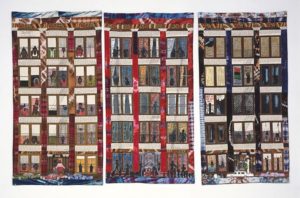 Faith Ringgold is an activist, teacher, and artist. Born in Harlem, New York in 1930, Ringgold is most famous for her “story quilts.” After traveling Europe and Africa in the 1970s, she decided to abandon traditional European art forms. Inspired by Tibetian paintings on cloth, Ringgold began to create her famous quilts: unconventionally transforming domestic traditions into fine art. Quilting is a historic form of expression and empowerment for Black women, it is told that enslaved African-Americans would even weave escape plans into their quilts.

Above is Ringgold’s Street Story Quilt (1985), one of the many quilts that Ringgold produced to highlight the Black experience. The three sections (aka triptych) tell the life story of 10-year-old A.J. The stylized Harlem facades give the viewer a visual and textual description of A.J.’s troubled urban childhood, teenage years, and ultimately: his success as a Californian actor and writer. 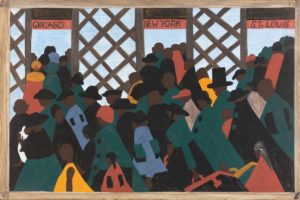 Jacob Lawrence is arguably one of the greatest American painters from the past century. Born in Atlantic City, NJ in 1917, Lawrence is known for the panels he painted representing major Black figures and experiences. Infatuated with Black history at a young age, Lawrence spent his time in Harlem libraries researching. Lawrence believed that individuals such as Toussaint L’Ouverture and Harriet Tubman were too significant to be exhibited on a single canvas, choosing to construct panels of their lives.

Above is a singular panel within Lawrence’s sixty-panel masterpiece: The Migration Series (1940-41). The panels reveal the massive migration of African-Americans from the rural South into the industrialized North post-WWI. Keeping a consistent color scheme throughout created a sense of unity for the abstract figures. Each panel represents an aspect of the journey, with the oppressed Southern folk finally finding freedom and opportunity in Northern neighborhoods. 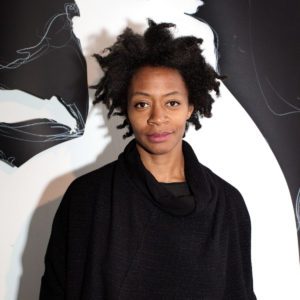 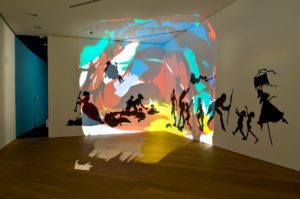 Kara Walker is an American multimedia artist born in 1969, Stockton, California. “The artist is best known for exploring the raw intersection of race, gender, and sexuality through her iconic, silhouetted figures.” Walker draws inspiration from Victorian-era silhouettes, redefining the style to tell history and romance.

Above is Walker’s Darkytown Rebellion (2001). The cut-paper silhouettes tackle concepts of racism and horror in the antebellum South. The figures are left for interpretation, given the lack of detail. If spectators were to step in front of the liquid-light projection, their shadow would project against the wall: traveling back in time, transforming them into a member of the installation. 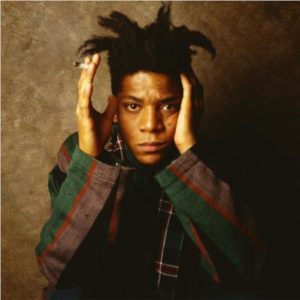 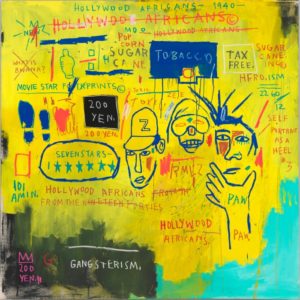 Jean-Michel Basquiat was born in Brooklyn, New York to Haitian and Puerto Rican descended parents in 1960. After leaving home at age 17, Basquiat lived on the streets of lower Manhattan, crafting anonymous graffiti under the name SAMO, around the neighborhood with friends. His graffiti caught the art world’s attention, causing Basquiat to break out into the neo-expressionism scene. With no formal art training, Basquiat reached tremendous fame in the 80s before his untimely death. He was renowned for his raw and gritty artistic style.

Good friends with Andy Warhol, pop culture fueled the works of both artists. Above is Basquiat’s Hollywood Africans (1983). With words like “gangsterism” and “sugar cane,” Basquait sought to address the racial stereotypes that limited roles Black men could portray in old Hollywood productions. Basquiat also wrote “tobacco” and “seven stars” highlighting the mass consumer culture of the United States. As for the crossed-out phrases, Basquiat said, “I cross out words so you will see them more; the fact that they are obscured makes you want to read them.” The work is a prime example of neo-expressionism; a lack of structure and focus on social commentary.