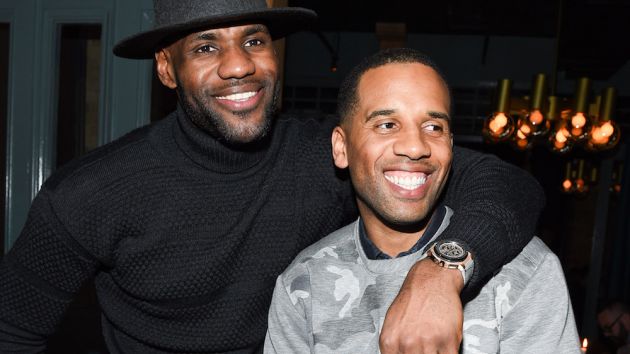 Lebron James and his business partner Maverick Carter have a new media company called The SpringHill Company. Here is the “What”, “Who”, “When” and “Why”:

The SpringHill Company, named after the housing project James grew up in, is a media and entertainment company that combines media companies SpringHill Entertainment, Uninterrupted LLC and The Robot Company which is a marketing agency. SpringHill Entertainment brought you The Wall, a game show on NBC, and Space Jam: A New Legacy, the new film starring James set to premiere in 2021. Uninterrupted LLC bought The Shop, an HBO show featuring James, Carter and other Black Athletes.

Who runs this? Who invested?

James will be the chairman of the board and his partner, Carter, is the CEO. James and Carter raised $100 million from financial services company Guggenheim Partners LLC, UC Investments, News Corp. heir Elisabeth Murdoch, and SC. Holdings. Serena Williams and Boston Red Sox Chairman Tom Warner are notable board members.

Part of a slew of tweets put out by James on June 25, the day SpringHill launched, James announced that 64% of employees are people of color and 40% are female in their 100+ employee company.

Incredibly proud of today’s announcement! We started building this company almost 5 years ago and while I love every project and story we tell…I am most proud of our team. 100+ employees, 64% people of color and 40% female in an industry that avg 25%. https://t.co/UqPTJ341Xz

Times have been crazy, so WHEN was this launched?

On March 11th, the day the NBA announced suspension due to players contracting the coronavirus, James and Carter finalized the deals that raised them $100 million in investments. On June 25th the official announcement was made.

Why is this important?

On the home page of its website, SpringHill declares:

“Founded by LeBron James and Maverick Carter, SpringHill Entertainment creates compelling stories for television, features, and digital. We pride ourselves on incubating, developing, and producing work that speaks to a cross-cultural audience.”

Reaching out to a cross-cultural audience couldn’t have come at a better time. With the US and the world facing social upheaval, it seems that SpringHill will be a leader in bringing that change.

It’s about the people and the process. I’m proud to have been a part of this process for the last 5 years with @uninterrupted @SpringHillEnt and Robot and proud to continue leading that process as The SpringHill Company. #MoreThan 💪🏾 pic.twitter.com/jv2eiIetqj

In the Bloomberg BusinessWeek article, James described how they “want to be able to hit home, to hit a lot of homes where they feel like they can be a part of that story. And they feel like, Oh, you know what? I can relate to that.”

Chana Weinberg is a summer intern at The Garnette Report specializing in all things sports and fitness. She has a Bachelor’s degree in English Literature from Yeshiva University and would love to hear from you. Feel free to reach out via twitter at @ChanaWeinberg7!