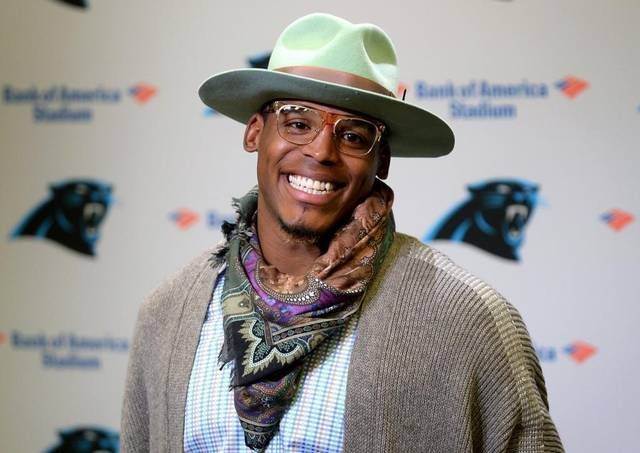 On June 28th, former MVP Quarterback of the Carolina Panthers, Cam Newton, signed a one-year deal with the New England Patriots. While we don’t know if Cam Newton will be the starting quarterback, following Tom Brady’s departure, we are certain that one of football’s most famous fashion aficionados is returning to the spotlight.

On the field, Cam Newton made a name for himself as a dual-threat quarterback. In other words, not only was he able to throw the ball, but he was able to run, as well. This unique skill set allowed Cam to amass over 29,000 passing yards and 4,800 rushing yards over the course of a nine season career. Not only were his stats impressive, but he helped lead the Carolina Panthers to the Super Bowl during the 2015 NFL season. As unique as he was on the field, he was notorious for his fashion choices off of it. Cam Newton wasn’t afraid to try seemingly absurd outfits, and was met with praise by some and ridicule from others.

At one point, Cam Newton even got in trouble for the way he dressed in 2016. He was benched during a regular season game for failure to follow the team’s dress code, by not “wearing a tie while traveling,” according to the Washington Post. Thus, while sports organizations like the NBA have a multitude of players that are expressive with their fashion choices, such as Russell Westbrook, James Harden, Lebron James, and others, Cam Newton is considered one of the few NFL players unafraid to wear what they want, even if it leads to backlash.

Here’s a look at some of the outfits Cam Newton has worn over the years. 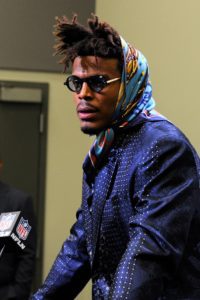 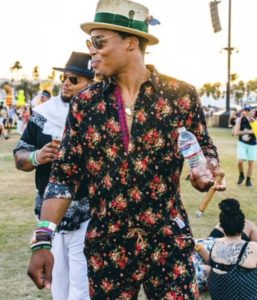 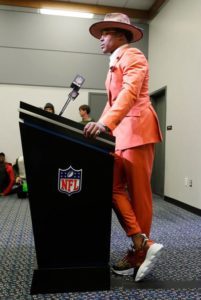 Fashion is like beauty, it’s in the eye of the beholder, and it’s whatever cracks your eye. I know a lot of times I look back at the things that I wear, and think [wow], what was I feeling and what was I wearing? But that’s what it’s all about, self-expression. – Cam Newton

As Cam transitions into this new stage of his career, it will be interesting to see how his fashion transitions, as well. Will he continue his former streak of wearing what he feels like, or will he tone down the extravagance? Given his recent decrease in production on the field due to injury and other reasons, Cam might decide to focus entirely on football and not so much on what he’s wearing. Moreover, Cam is about to enter one of the most storied franchises in all of sports, with a notoriously strict Head Coach, Bill Belichick. It will be intriguing to see if there’s a culture clash and backlash within the organization, if he continues to showcase his fashion style. Not to mention, memes are already starting to come out about how he might dress next season. 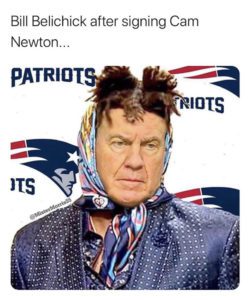 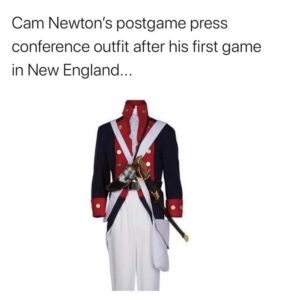 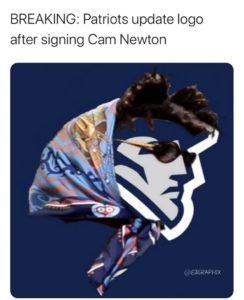 If Cam Newton actually shows up to a game in a Revolutionary War outfit, Twitter might explode.