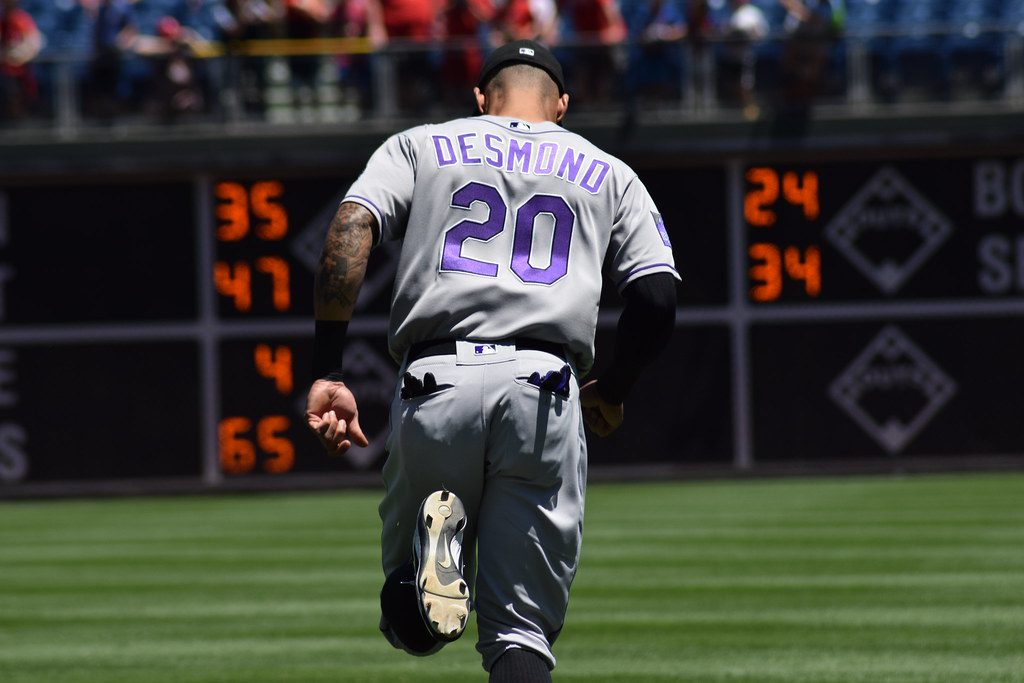 In a moving Instagram post late Monday night, Colorado Rockies outfielder Ian Desmond announced that he will not play baseball this season. Desmond is a two-time All-Star and a three-time Silver Slugger winner.

No matter your political beliefs, or how you feel about baseball and pandemics, please take a moment to read this honest and heartfelt post. Feel his authenticity and internalize what he is arguing for. A person who is steadfast in his beliefs at the very least deserves to be heard. Please read all the words.

In MLB’s agreement and guidelines for the 2020 season, there is a provision that anyone with “underlying issues” can “opt-out” of the season and not forgo his pay or service time (getting closer to free agency). Since Desmond does not have underlying issues, he will forgo $5.5 million in salary (pro-rated from his owed $15 million).

Also announcing they will not be playing baseball this season are two of Desmond’s former teammates, Nationals’ first baseman Ryan Zimmerman and pitcher Joe Ross. Zimmerman was the Nationals’ first-ever draft pick, going number one overall in 2005. He is also a two-time All-Star. Both Zimmerman and Ross were members of the 2019 World Series Champion Nationals.

Diamondbacks pitcher Mike Leake also opted out of playing this season. Leake is forfeiting $5 million by not playing (pro-rated from their $15 million contracts). Ross will lose out on a year of service time, pushing off his first year of arbitration.

Zimmerman also wrote about his thought process in an article for the Associated Press.

Baseball’s “summer camps” or are set to open on July 1st and it is likely we will hear about more players opting out between now and then.