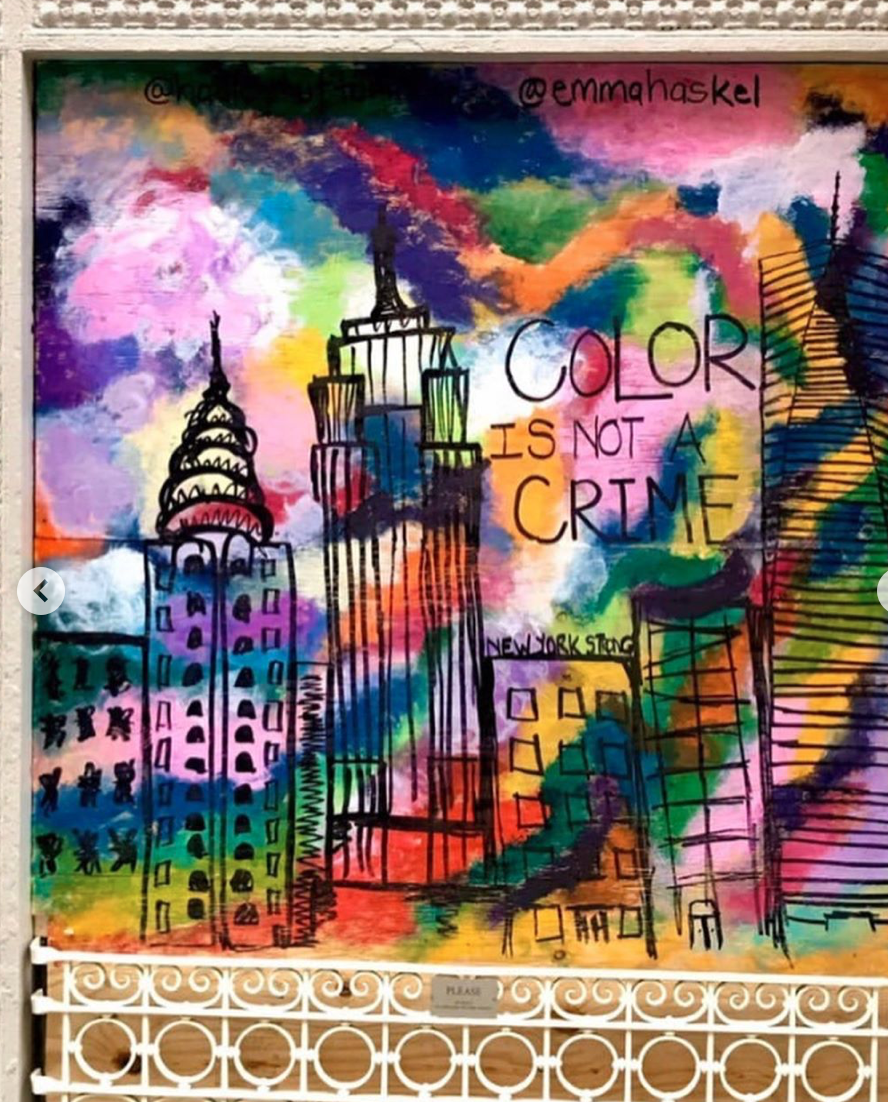 Towards the end of May, George Floyd was tragically murdered by the police: triggering a global uprising against racism and police brutality. For weeks protestors poured into the streets of Minneapolis, Atlanta, New York, Los Angeles, even London and Paris; utilizing their pain to demand for justice.

With fears of looting and vandalism, storefronts across Manhattan boarded up their windows with plywood. Unexpectedly, the wood became a canvas for local artists trying to spread awareness. These spontaneous works of art brightened the bleak streets of SoHo in a time when hope felt lost: 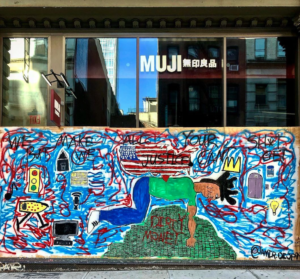 In this work by Amir Diop (@amir.diop99) a presumably deceased Black man is laying on top of a pile of “dirty money” surrounded by items. With the words “we make all your sh*t but we can’t get justice,” Diop is describing how Black people greatly contributed to modern technology, inventing objects like the traffic light, but still face racism in their day-to-day lives. 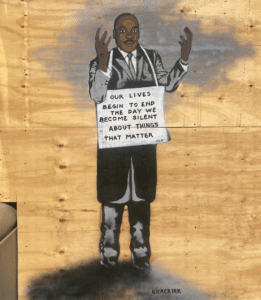 This painting by Nick C. Kirk (@nickckirk) depicts Martin Luther King Jr. with a quote of his around his neck. The quote stresses a call to action, with Dr. King’s hands raised as if he’s pleading with the viewer. 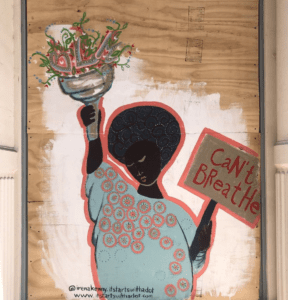 A reimagined Statue of Liberty stands in solidarity, in this work by Irena Kenny (@irenakenny.itstartswithadot). Lady Liberty is an ethereal Black woman with a torch that flowers “BLM [Black Lives Matter]” and a sign containing some of George Floyd’s last words. 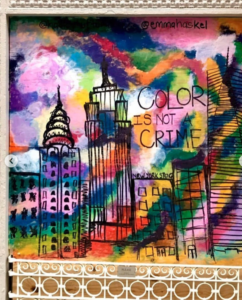 This mural by Emma Haskel and Hadley Tutton (@emmahaskel @hadleytutton) paints a multi-colored skyline of NYC. The kaleidoscopic pattern coincides with the words “color is not a crime,” stressing that Floyd and countless other Black folk did not deserve to die at the hands of the police.

With stores and restaurants opening in NYC, the plywood (with the paintings) are being discarded. These works of art must be preserved, as they are now pieces of history: expressing life in 2o2o.