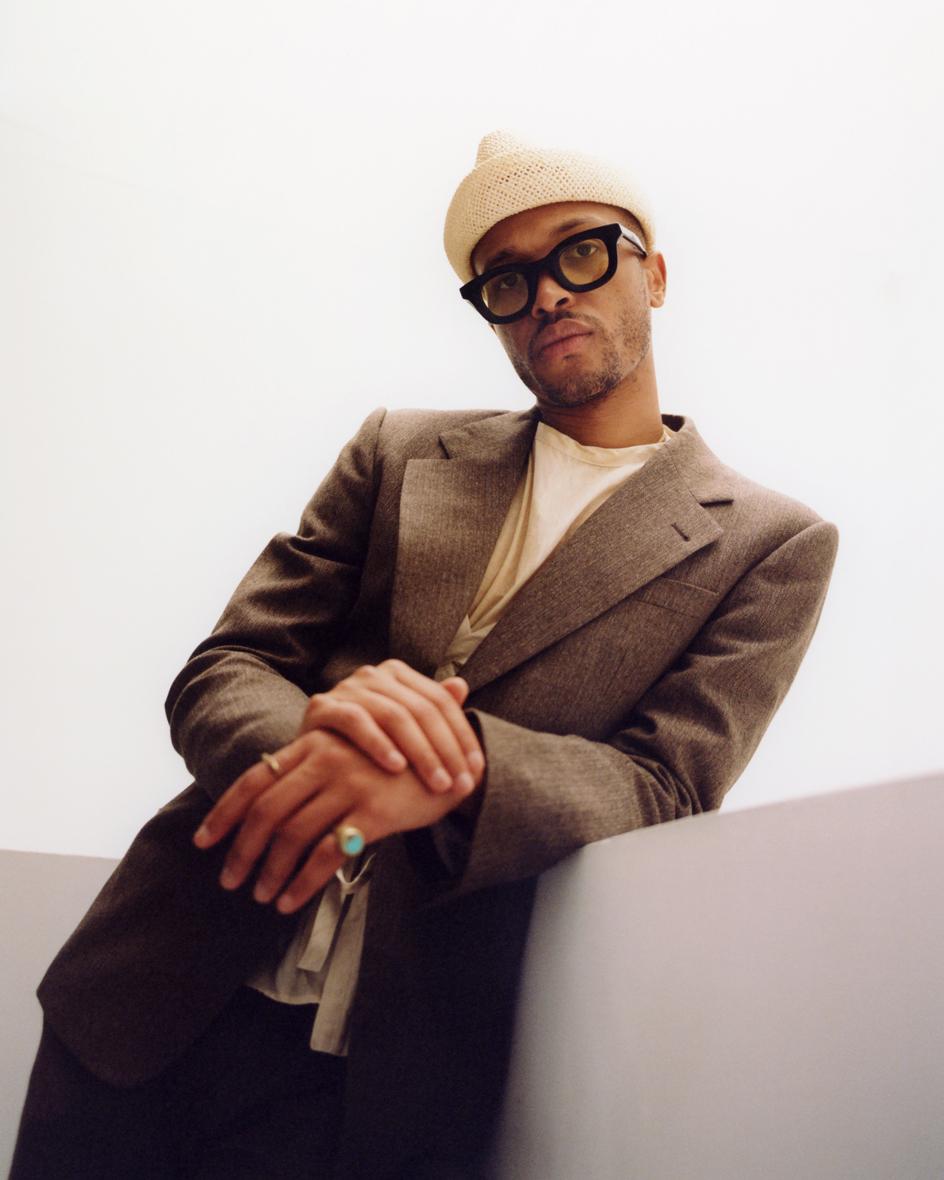 In his first show as the director of the Gagosian art gallery in Manhattan, art critic and writer Antwaun Sargent makes his curatorial debut with “Social Works”, an exhibition focused on bringing awareness to the struggle of Black Americans in their journey to build coping mechanisms and overcome the countless societal barriers to their safety and success.

The exhibition comes to fruition thanks to the work of 12 emerging and established artists—David Adjaye, Zalika Azim, Allana Clarke, Kenturah Davis, Theaster Gates, Linda Goode Bryant, Lauren Halsey, Titus Kaphar, Rick Lowe, Christie Neptune, Alexandria Smith, and Carrie Mae Weems. The gallery seeks to dig deeper into the intersection of art and social pressure within the Black community. Sargent acknowledges; “It’s a pretty ambitious and involved exhibition. It’s 12 artists thinking about space aesthetically, politically, socially, historically, and they’re thinking about that space in painting and sculpture and installation and photography.” Inspired by the plight of Black Americans exacerbated by the past year, namely the COVID pandemic and nationwide race activism, Sargent is aware and invested in the importance of an exhibition like his. “The whole thing is about art as a social act,” Sargent, 32, remarks in an interview with New York Times. “Given the last year of the pandemic and protest and the history in which Black artists operate, the work does more than just sit quietly on the wall.” 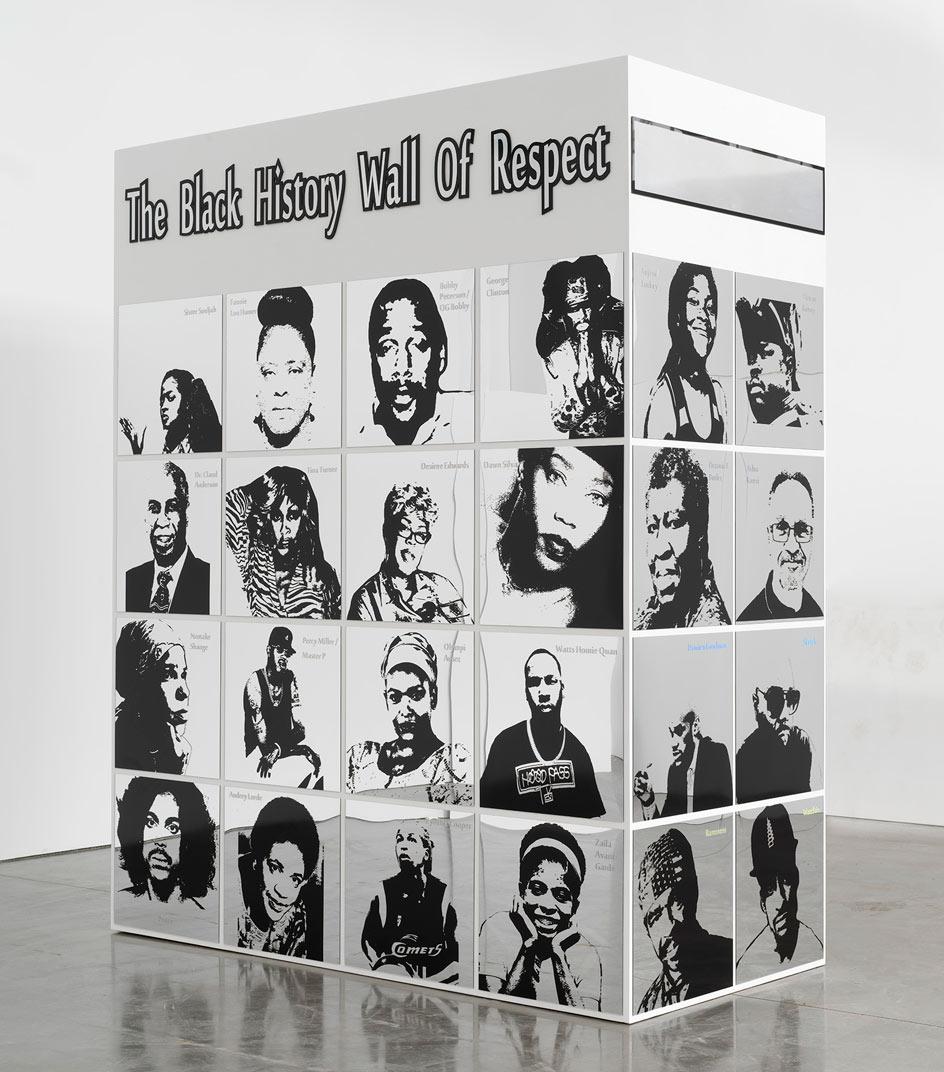 The excessive size and abundance of resources for Gagosian have allowed Sargent to encourage some artists’ outsized ideas to allow their unstifled creativity to lend itself to the theme of the exhibition. Linda Goode Bryant was allowed the freedom to install an operational urban farm, where vegetables mounted on the walls and available free to visitors can be harvested and enjoyed. Lauren Halsey’s highlighted sculpture includes a series of box sculptures stacked on top of one another, each one featuring the portrait of a historical Black figure. These include Dr. Martin Luther King Jr., Toni Morrison, Booker T. Washington and more. Theaster Gates’s “A Song for Frankie” features more than 5,000 records from the D.J. Frankie Knuckles’ personal archive, many of which are expected to be digitized and played in the gallery. 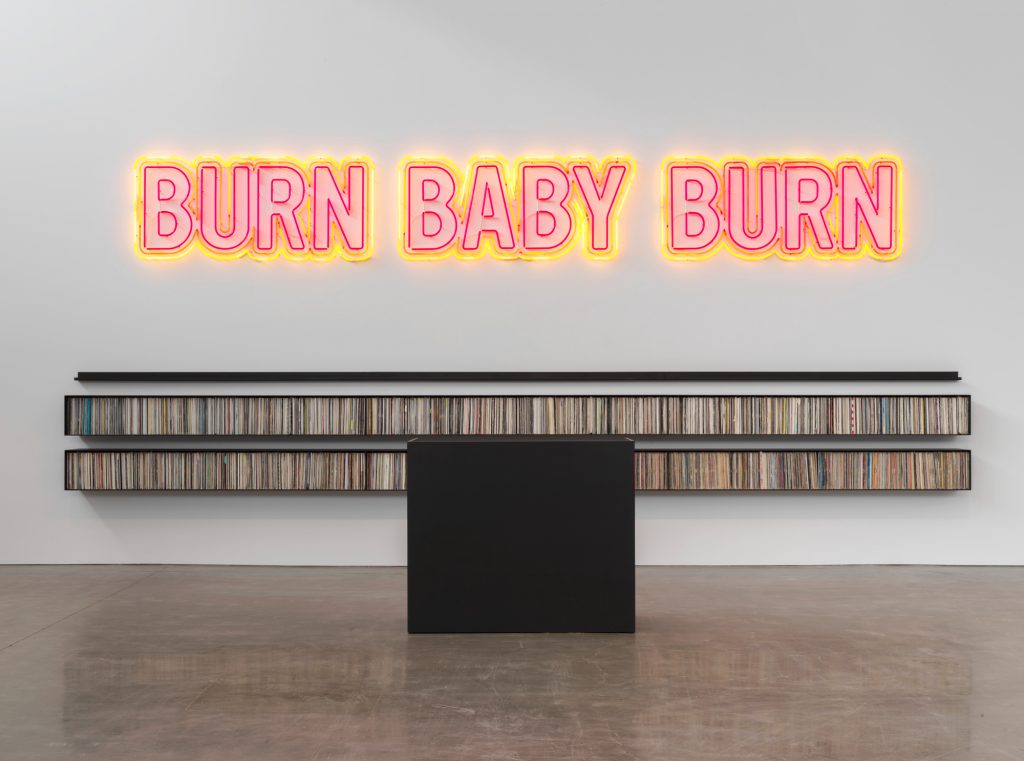 In a statement, Gagosian has said, “‘Social Works’ considers the relationship between space—personal, public, institutional, and psychic—and Black social practice. With a wide range of material and theoretical approaches, the work on view is united by a conscious engagement with today’s cultural moment, in which numerous social factors have converged to produce a heightened urgency for Black artists to utilize space as a community-building tool and a means of empowerment.”

“Social Works” is on display until August 13, 2021, at Gagosian’s Manhattan gallery on West 24th Street. 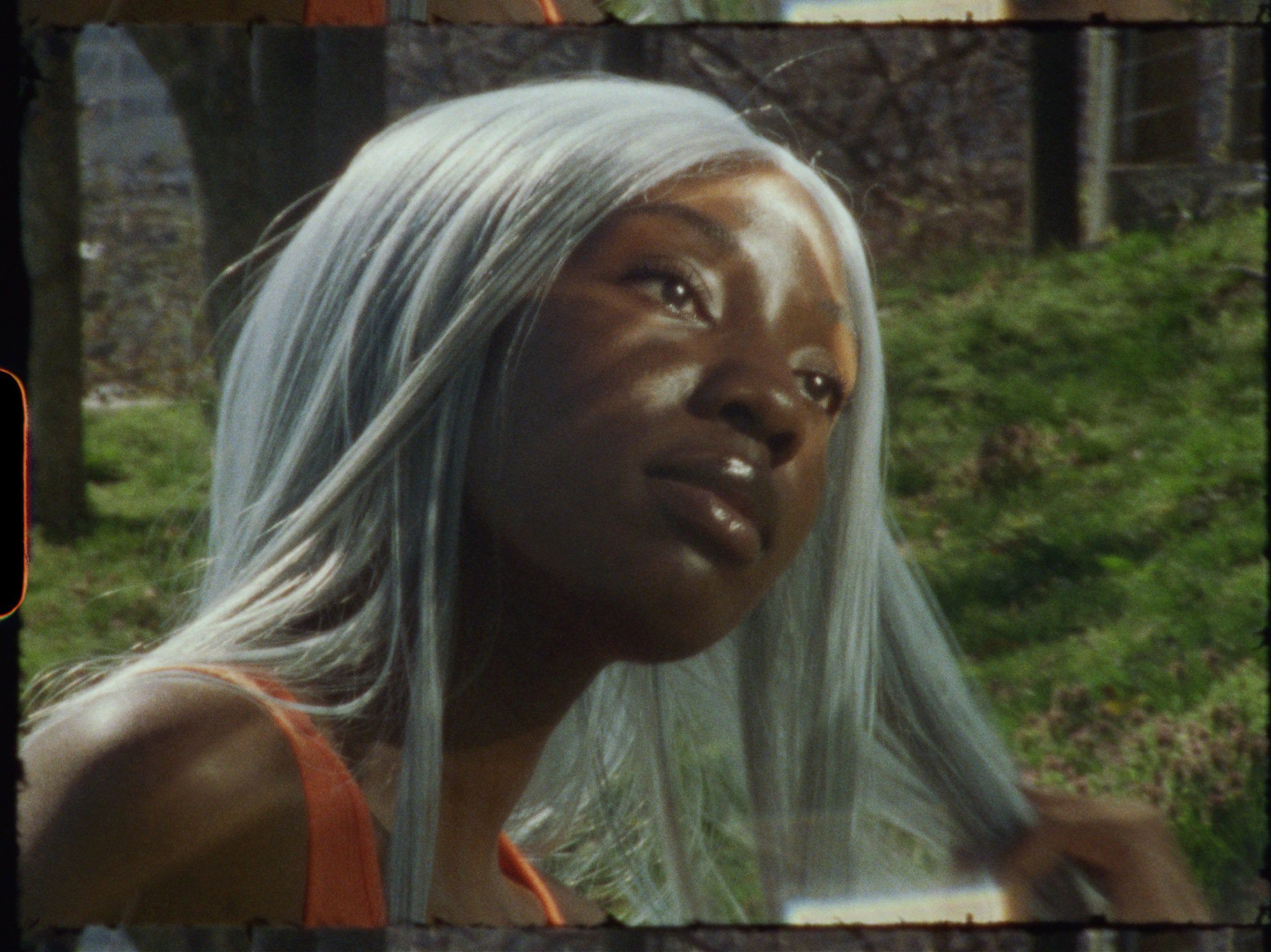 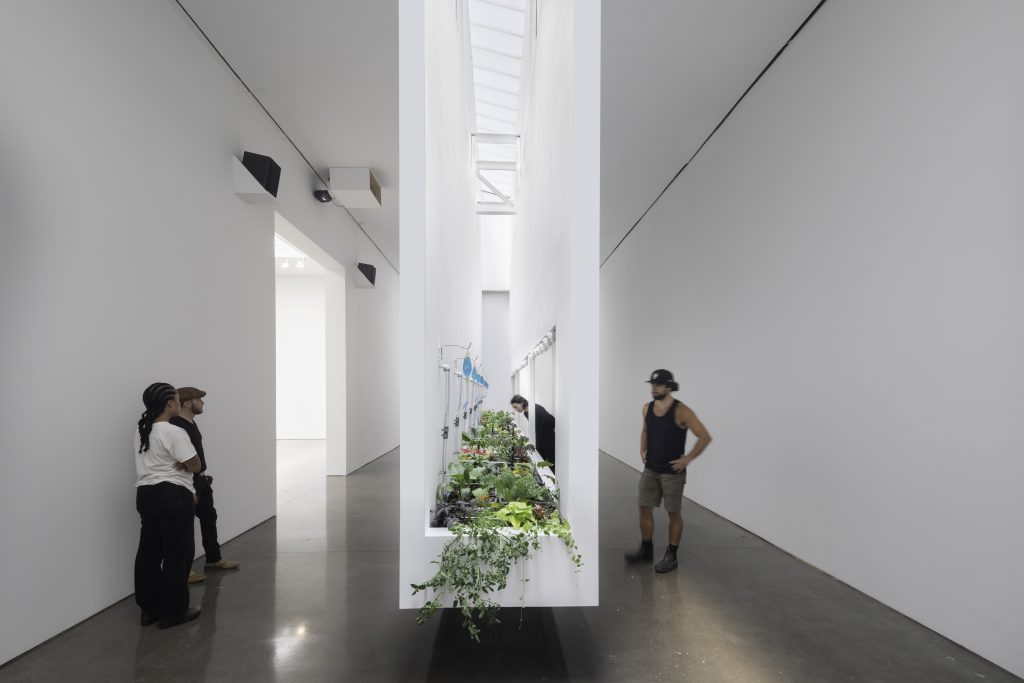 Linda Goode Bryant, “Are We Really That Different” (2021) Featured in “Social Works” at Gagosian 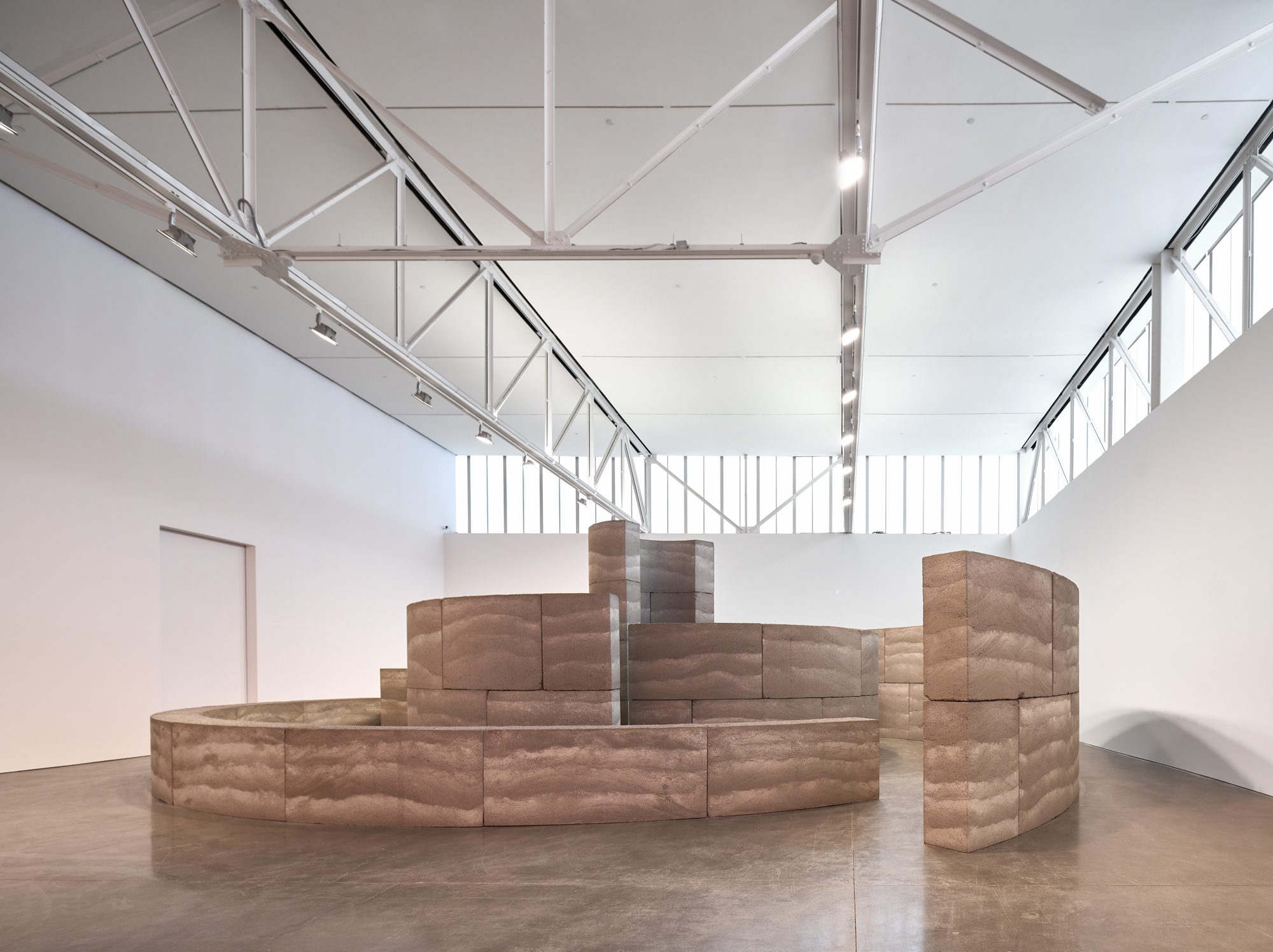