Zendaya’s Inspired Versace Dress by The Queen B 2003 Look During The BET Awards and it’s Hot! 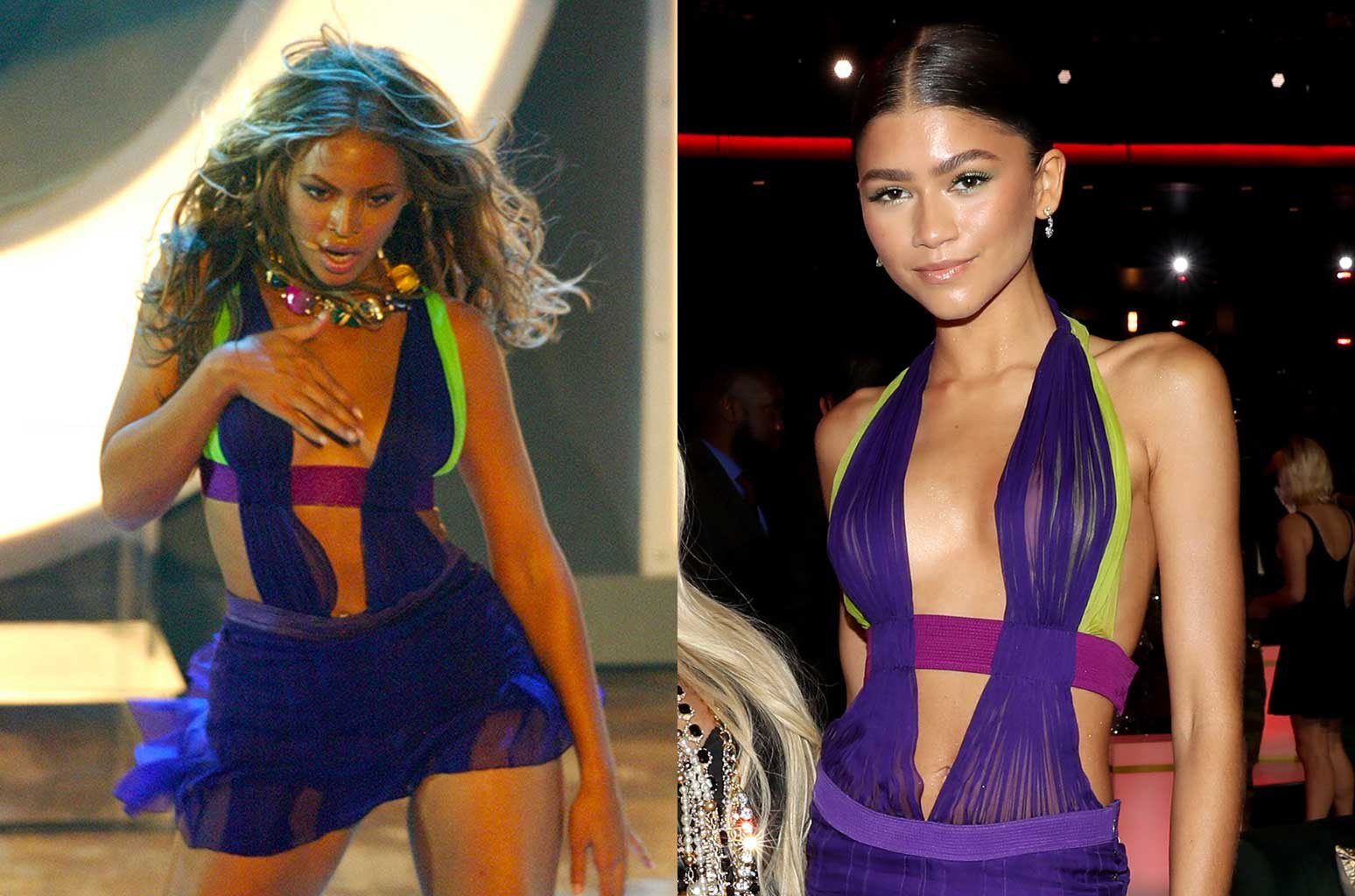 Zendaya’s Inspired Versace Dress by The Queen B 2003 Look During The BET Awards and it’s Hot!

Zendaya enchant fashion captures any room she walks into. During the 2021 BET awards, her awing appearance was a similar look from Beyonce’s Versace dress in 2003 “Crazy In love” performance.

The 24-year-old who began her career on Disney Channel, “Shake it Up”, is the youngest Emmy Award winner from HBO Original Show, Euphoria and leading star in a Netflix film, Malcolm & Marie, did it again. No matter the occasion, Zendaya knows how to pay her respects to the legends and never fails to remind us of her bold and unique style. Peeping slight differences, Zendya’s purple dress with lime green straps are ankle length, while Beyonce’s style cut is much shorter.
From the Billboard, here it is! The comparison you have been waiting to see.

Zendaya responded to negative comments made about her dreadlocks during the Oscars Award show. Far too long, African Americans have been scrutinized for the crown that sits on their heads. Which was enough for Queen Zendaya, clapping back she mention’s the many who boldly wear the Loc’s. Director of the Oscar-nominated film Selma, Ava DuVernay, 9 times Grammy-nominated singer and songwriter and actress Ledisi, Author Terry McMillian, Professor of African American studies at Harvard University, an M.A. and Ph.D. from Yale University. Pine after Zendaya’s statement a Black Barbie doll modeling her 2015 Academy Awards look with dreads Locs is released! 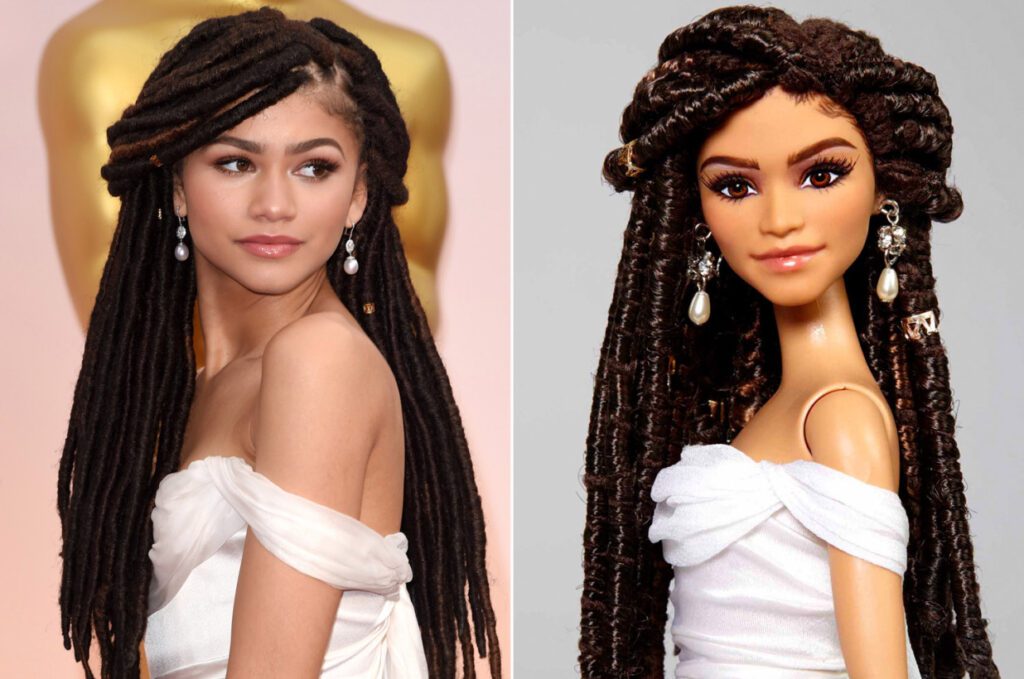 Whether the purple inspired Versace dress with green straps or Loc’s that speak volume, Zendaya was noticed by Tina Knowles-Lawson, Bey’s mother. On Instagram commenting under her picture “Love you In This vintage Versace dress !!! Beyonce wore one just like it on her first solo performance on the Bet Awards.” (Mamo,Herman Billboard). Raved by Donatella Versace, she shared a comparison of Beyonce’s look in 2003 and Zendaya’s photo side by side, stating “”A tough act to follow but you aced it effortlessly! You got me looking….!!”

Oh, Hunty! Check out this picture from The SillyTV.com and Pagesix.com.