We all know how troubled Kanye West has been attempting to cope with the lifestyle of Hollywood. Life hasn’t been an easy road for him with trauma’s as early as his Mother’s loss, competition among other rappers who didn’t believe in him, and the way he personally chose to react to stardom which set him back to future success. His bold, egocentric act seemed to work on a one man audience, causing critics and even friends to be turned off by his grandiose displays. Deals with Nike being non-negotiable, and working with Adidas on shaky grounds implies designing clothing and sneakers is tricky when you have all that mental baggage and less change, analogous to how his business meetings with Bernard Arnault went for the title at LVMH— too much production value and not enough cash potential to show for it. 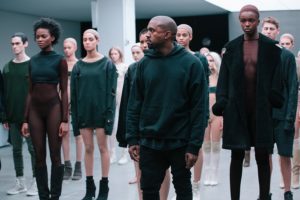 But what we admire about Kanye is his tenacity. His ability to persevere and gain the courage needed to rise up and try again. In some ways, his faulty ego is exactly what assists him through the obstacles he faces with leaders and prospective teams in the fashion and music industry.

His most recent album that dropped this year “Ye,” had good feedback from fans all over, as he expressed himself through those tracks in raw form— speaking his mind on love, sanity, slavery, and the struggle of life. His album evolution hit a pique in 2011 with “Watch The Throne” and a special high was celebrated back in 2007 for “Graduation,” but with “808’s and Heartbreak in 2008,” loyal fans were wavering as he aimed to take his futuristic vision to the masses in pop culture in a way that gave off a discordance to his previous image.

If anything, his musical intelligence lent him a hand where he demonstrated how he can experiment with sounds that branch out of a “style origin.” Kanye has no set style to his artistry, he takes the moment for what it is and shows how the power of spontaneity can work in his favor. When we reflect upon the different versions of Kanye, we form a collective appreciation for all his selves even if it comes with a sense of “tough love” because Kanye reaches from the soul in his lyrics. His fans remain loyal to him even through media hype and popular opinion because most of them are out dancing in clubs and blasting his hits in their cars for the melodic and rhythmic effects of the songs. 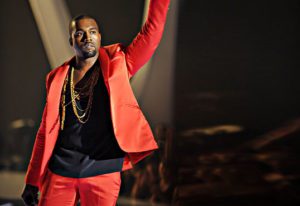 He officially became hot in 2003 with “College Drop Out” and “Get Well Soon,” making radio hits simultaneously with Britney Spears, Black Eyed Peas, Jay-Z, Eminem, Beyoncé and others. His rap commercialized more readily than other rappers which immediately set him apart from the hide, contributing to his inability to relate to the pool of people making music with him or making their own music alongside. He fueled the drama and invested in himself as well as other avenues to continue branding his own image, building a 15 year legacy of fame and fortune.

Kanye getting involved in fashion diminished the distance between fans and celebrities, fostering  the advent of a more diverse form of street style, firmly connecting the lines that have been subdivided for years. He employed many people with his ventures that only dreamed of the possibility to work with him and he expressed his true personality through his sketches and merchandise. Although he had failures and gainsayers at the top of the fashion industry, his desire to work and create outweighed the negatives. As clear as day when we see Virgil Obloh design for Louis Vuitton and the kodak moment shared on the runway between two brothers. The pride! 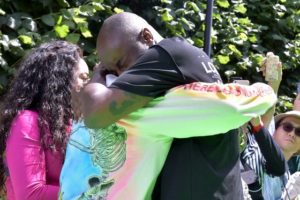 But the prejudice comes in when you follow Kanye’s seasons of Yeezy. With his designs sold at Bergdoorf, Amazon, Farfetch, MatchesFashion–pretty much every site imaginable, growth accumulates but so can a lack of relevance. 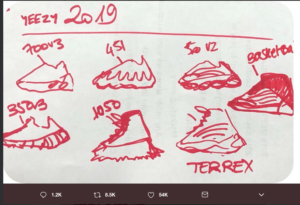 His kicks have been his life savor. So many people line up for his sneakers and he’s not finished yet. Recently he tweeted his new basketball addition to Yeezy 2019, adding 7 more models thus far. Fans were flabbergasted by his artwork leaving tweets like: 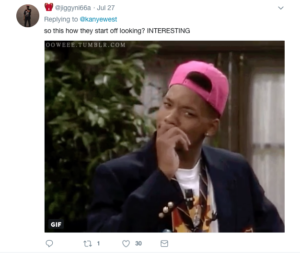 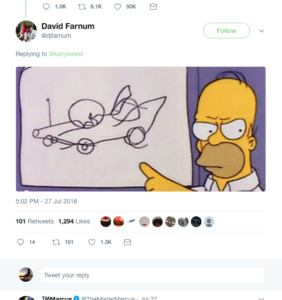 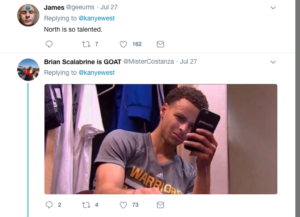 All in good spirit of course, he received much support and many people are still raving about the 750 V2’s. We can’t wait to see how Yeezy will progress, and what other tricks and kicks Kanye has up his sleeves to feed his clients a healthy dose of his brilliance into 2019. By the way, these are my favorite! What are yours? 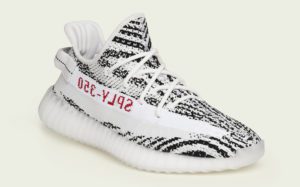