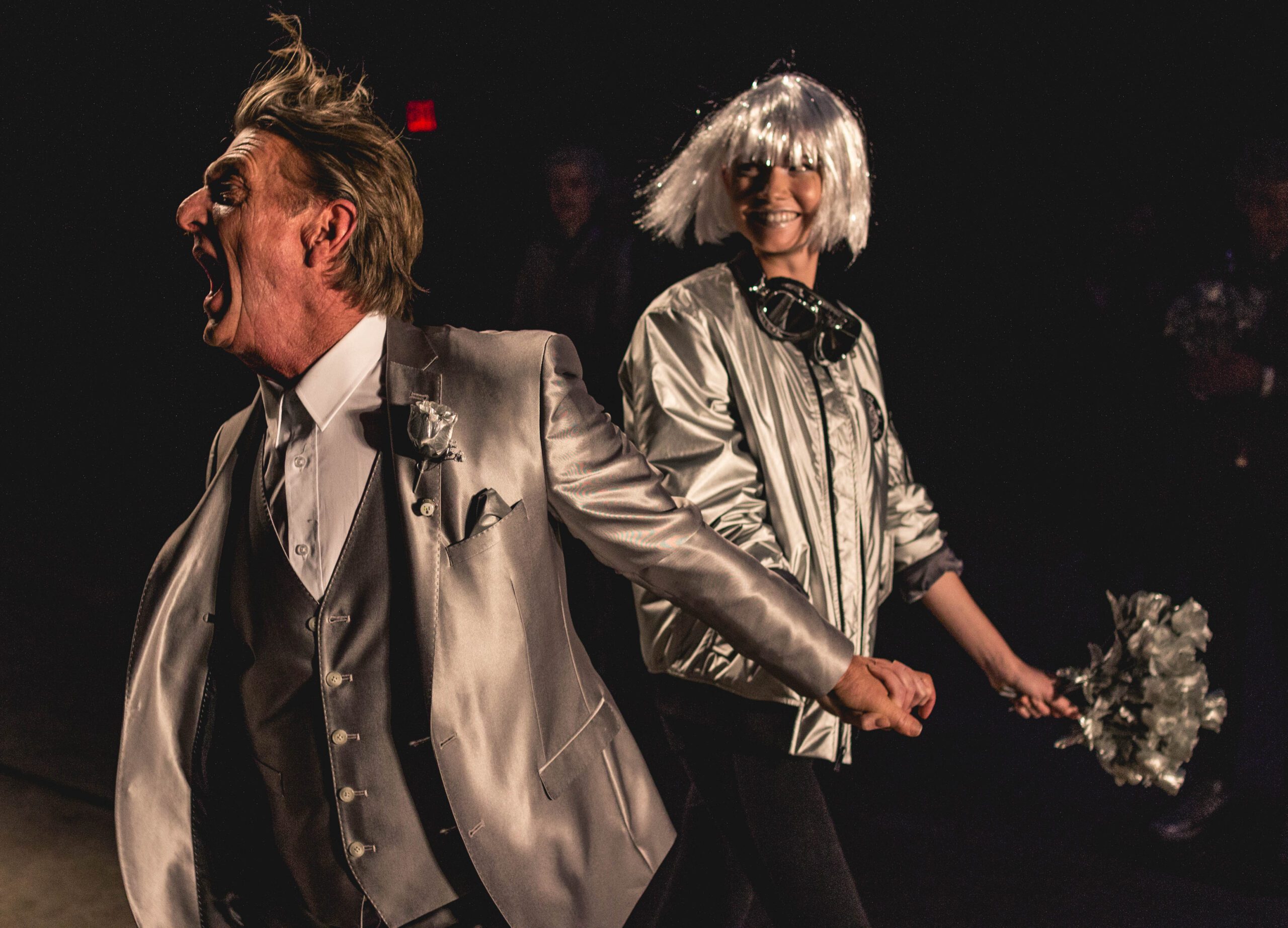 In a time where many are skeptical of what’s to come, designer Nick Graham takes the idea of the future to a new level.  Themed “Life on Mars: F/W 2035,” Graham’s ‘17 fall/winter menswear collection was one of the first runway shows of this season’s New York Fashion Week: Men’s.  And who better to introduce this futuristic collection than Bill Nye (the Science Guy!)? 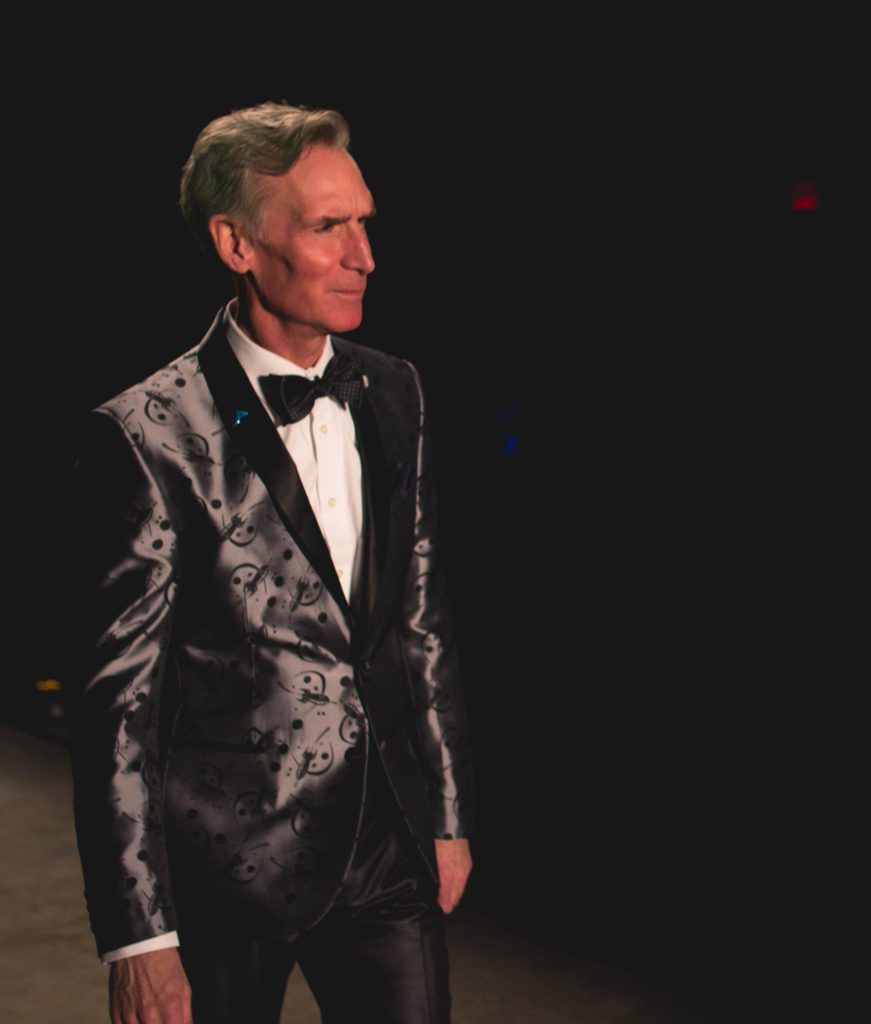 Dressed in a metallic iron-colored tuxedo, Nye stood on a podium amidst strategically placed space rocks (each model would later stand on a rock after walking down the runway).  “Nick and I met a couple of years ago, we started making a line of bow ties, and now Nick has me wearing this — which, you know, I wear around the house while I’m doing the dishes,” Nye laughed, gesturing toward his suit.  He then signaled to the wall behind him, which was covered in its entirety by a projection of Mars.  As if we were descending onto the planet, the image slowly zoomed in.  “These data, what make these images, are real.  They’re from a spacecraft taking pictures of Mars in three dimensional fashion using extraordinary software developed by the United States,” Nye told us.  He went on to discuss Mars’ atmosphere, martian dust, and human innovation.  The narration took on an existential air, at one point with him looking back at his earlier interest in science.  “When I was in third grade, my teacher told us that there were more stars in the sky than grains of sand on a beach, and I remember thinking that was extraordinary,” he recalled.  “It turns out, there are about 200 times as many stars as there are grains of sand on Earth.”  Although seeing our minuteness on the scale of the universe might be disheartening, Nye, finishing his introduction on an optimistic note, encouraged the showgoers to “explore the cosmos so we know our place within it and perhaps, dare I say it, change the world!”  Thanking the audience, he hopped down from the podium and jogged backstage.  And with that, the show began.

The collection largely featured a variety of tuxedos; some of them metallic, some of them checkered, all of them captivating.  Many were accessorized with exploration gadgets (binoculars and cameras, to name a couple).  Fittingly, metal seemed to be a recurring theme throughout the show, and models with silver-dyed hair sauntered down the runway, each eventually taking their place on one of the rocks scattered throughout the other side of the room. 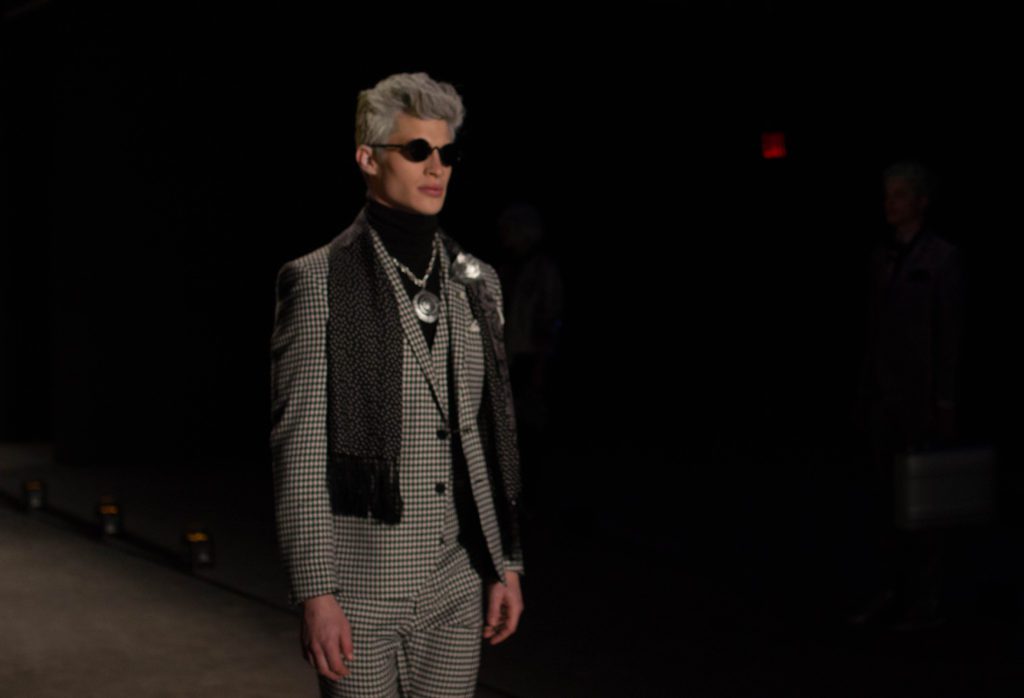 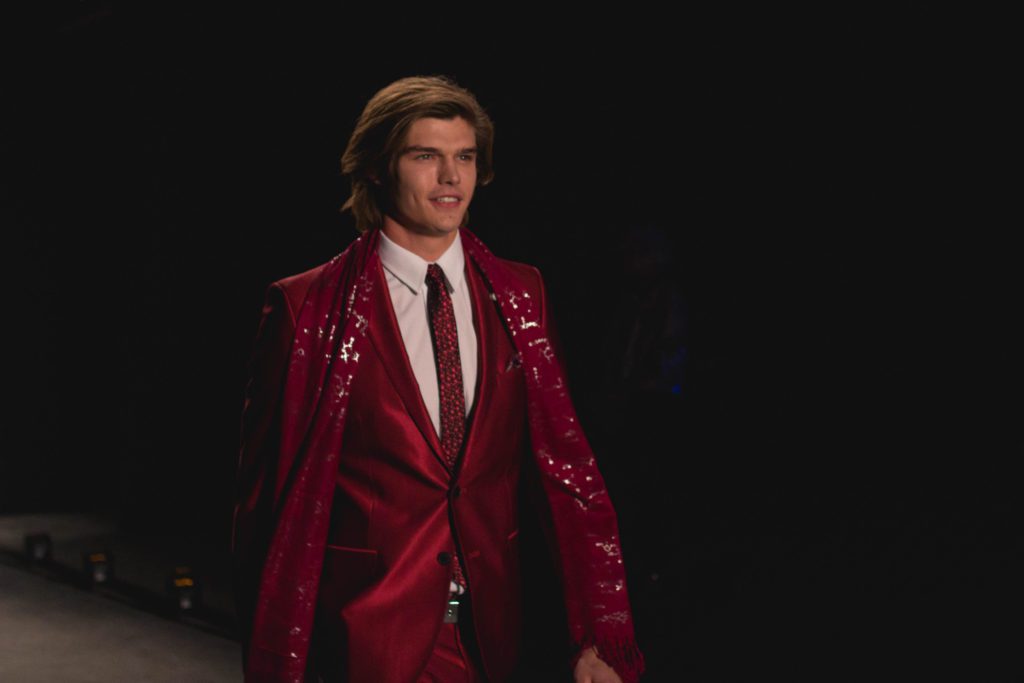 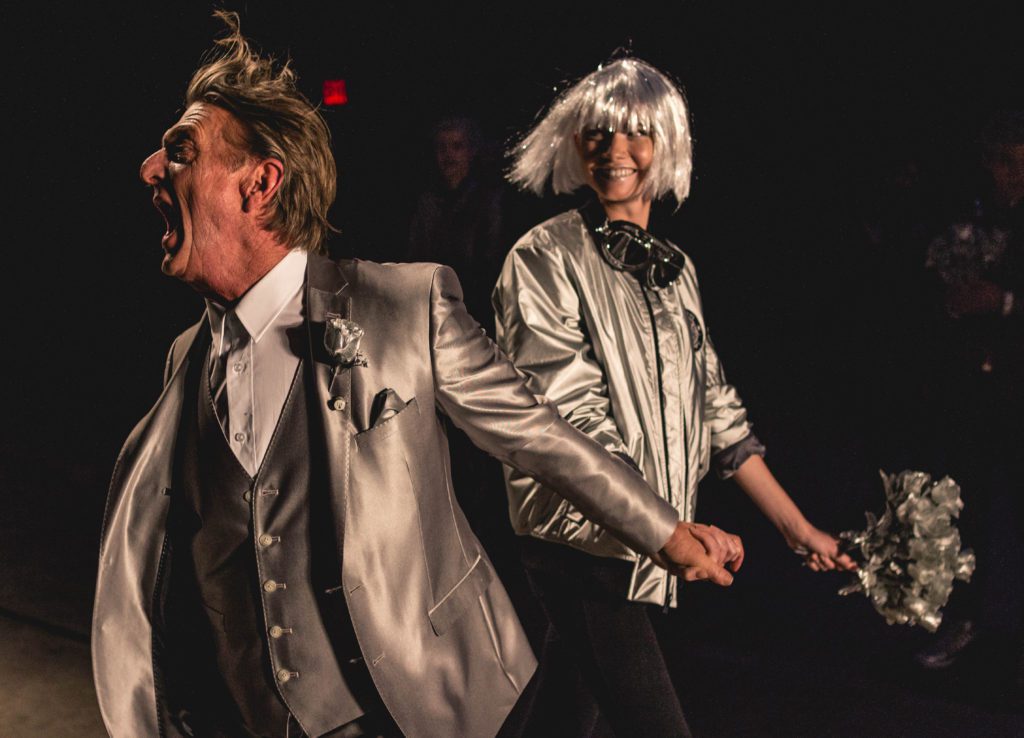 Designer Nick Graham in an exuberant moment during his “Life on Mars” runway show in ’17 New York Fashion Week: Men’s

Toward the end of the show, a surprise guest stepped onto the catwalk.  Buzz Aldrin, the second person to walk on the moon, became the first astronaut to walk on a runway in New York Fashion Week: Men’s.  He playfully strutted down the runway, enjoying the new record he broke.  Last to walk the runway was designer Nick Graham, who laughed and engaged with the crowd the whole way down before joining Buzz Aldrin and Bill Nye on the podium.  Met with thunderous applause, the trio then gestured for the crowd to move in, welcoming all of their guests to step past the runway to meet them.

Here are more photo below of the show. Photos taken by Joseph Worthy. 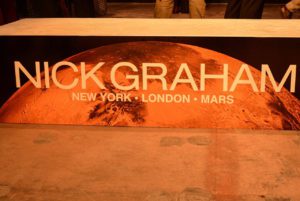 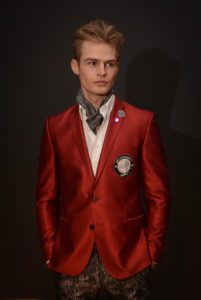 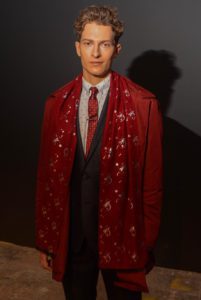 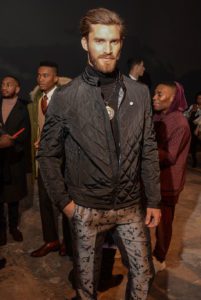 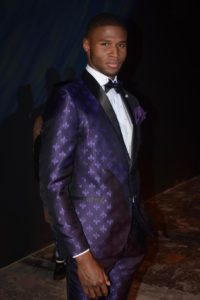 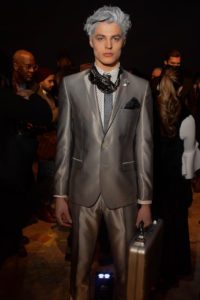 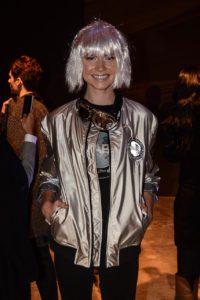 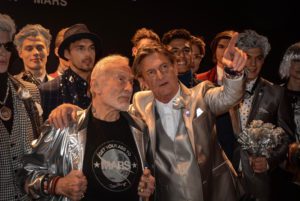 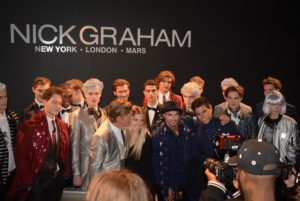 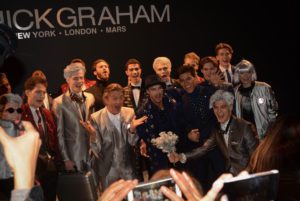