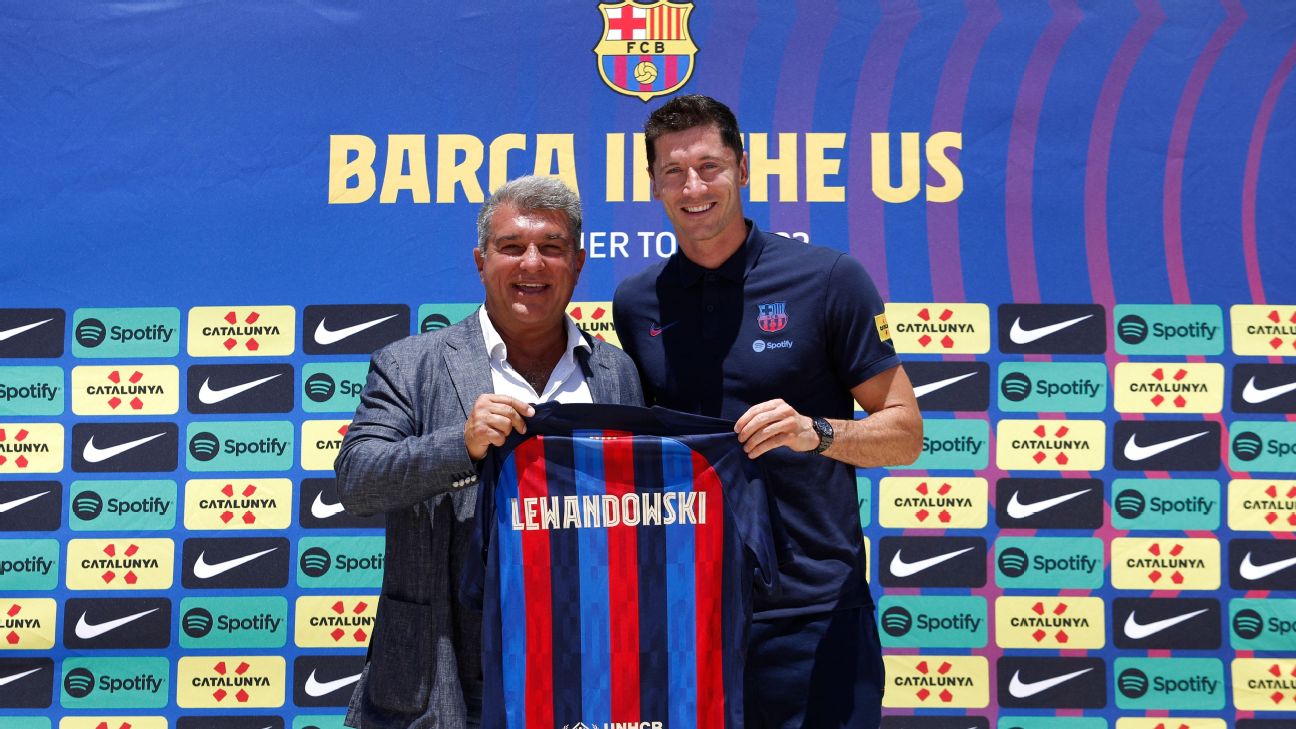 As we get closer to the start of the new soccer season, more European clubs are trying to make final moves to help improve their squad. One club that continues to make big moves is Barcelona.

Once a powerhouse in the Spanish league, La Liga, this prestigious club has struggled to reach the top of their league and the Champions League.

The last time Barcelona had great success was in the 2014-15 season when they defeated Juventus by a final score of 3-1 in the Champions League Final, securing their fifth trophy in the Champions League. They also completed the treble as they would finish first in La Liga and then defeat Athletic Bilbao 3-1 in the Copa del Rey final. This squad consisted of many superstar players such as forwards Lionel Messi, Neymar Jr., and Luis Suarez.

Although Barcelona have finished first in La Liga many times and won other domestic competitions that La Liga features, such as the Copa del Rey and Supercopa de España, they have failed to reach the Champions League final since winning it. This led to a massive breakup between the club and the players, as Neymar would leave first to PSG in 2017 on a five-year deal. After that, former Barcelona center-back and manager Ronald Koeman informed Suarez in August 2020 that he was no longer wanted, leading to his transfer to Atlético Madrid on a two-year deal. Suarez would get his revenge as he finished with 21 goals, becoming the club’s top scorer that year, leading them to a La Liga trophy. A year later, Messi would depart to PSG, reuniting with Neymar Jr. on a two-year deal, forming a big three of superstar forwards that consisted of himself, Neymar Jr., and Kylian Mbappe.

Since Messi, Neymar Jr., and Suarez broke up, the club has declined as they failed to achieve a trophy in their first season without all three players. This was the second time in three seasons that the club went trophyless. The previous season that Barcelona went trophyless was during the 2019-20 season, during the Covid-19 pandemic.

Despite the recent lack of success, it doesn’t look like this club will stay down any longer. After Barcelona hired their fellow club and Spanish legend, Xavi, the club progressed under him. Even though the club went trophyless again this year, the players have clicked well with their new manager and played a particular style of football that this club has not seen in years. The players seem to enjoy and play under him, leading to better progress as the season progresses. As a result, Barcelona would finish in the top four of La Liga, putting them in a position to qualify for the Champions League.

Xavi has made big plans for the club next season with hopes of having a big transfer window, precisely what the club is having.

Barcelona has arguably had the best transfer window in Europe as they have made vital transfers to help better their squad. Those transfers consist of Danish center-back Andreas Christensen from Chelsea on a free transfer, Brazilian winger from Leeds United Raphinha on a €58 million fee, Polish striker Robert Lewandowski from Bayern Munich on a €45 million fee plus add-ons, and although it is not official, Barcelona are now expected to sign French center-back from Sevilla Jules Kounde despite speculation of him joining Chelsea. On top of that, Barcelona re-signed Spanish full-back Sergi Roberto, until 2023 and French winger Ousmane Dembélé until 2024.

It is incredible what a manager can do for a club. With quality players coming to the club and Xavi also developing young talents such as Dutch midfielder Frenkie de Jong and Spanish midfielders Gavi and Pedri, don’t be shocked if Barcelona has a successful year. This club will continue to try to climb its way back to the top of Spain and Europe, bringing them back to the glory days that this club and its supporters need.