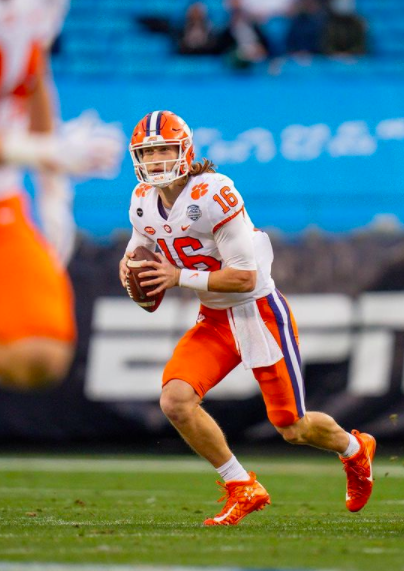 This name comes at no surprise, as Trevor Lawrence has been one of the best football players in the United States since he stepped on Clemson’s field in 2018. The 6’6, 220 pound quarterback has completed 758 passes for 10,098 yards and 90 touchdowns in three seasons as a Tiger. 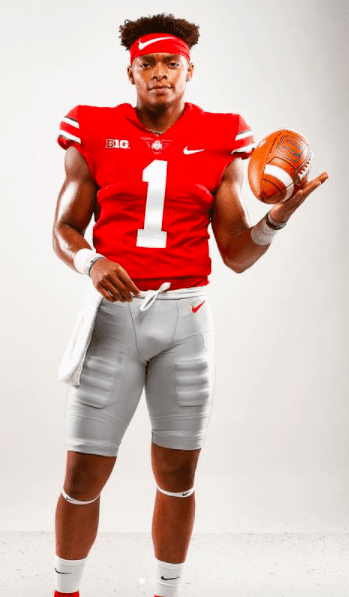 Coming in at a close second is Ohio State’s rising star Justin Fields. The 6’3, 228 pound quarterback began his college football career as a Georgia Bulldog where he completed 27 passes for 328 yards and 4 touchdowns. In his two seasons as a Buckeye, he has completed 396 passes for 5373 yards and 63 touchdowns. 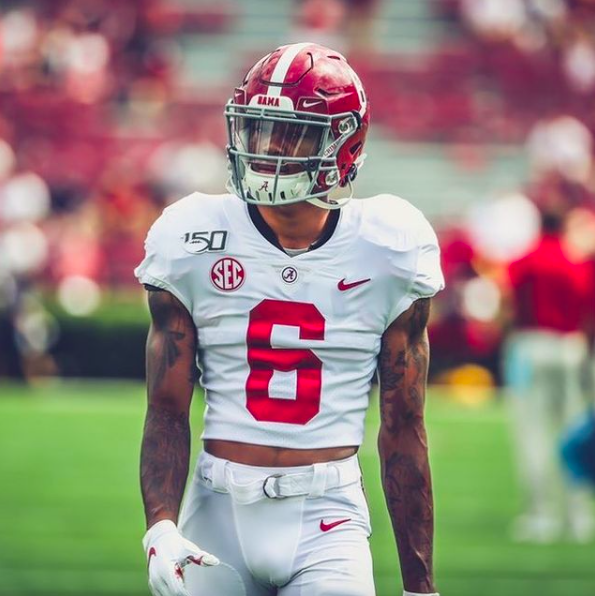 The Heisman Trophy winner proved that he deserved this honor, recording 117 catches for 1856 yards and 23 touchdowns during the 2020 season. As Alabama’s star wide receiver, DeVonta Smith earned the offensive MVP honors in both the national title game and the Rose Bowl. 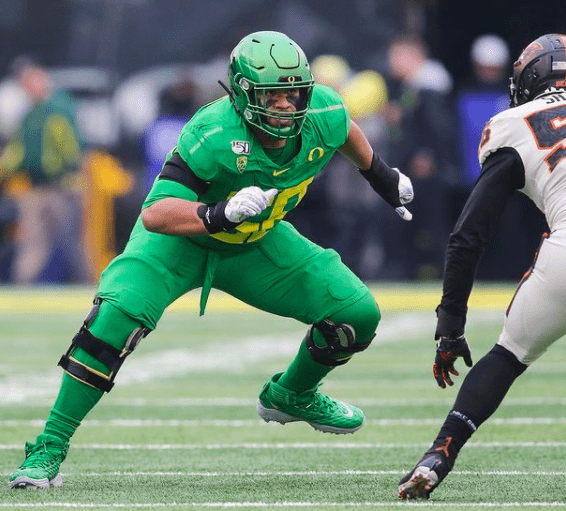 Penei Sewell has proven to be a powerhouse for Oregon during his first three seasons with the team. The 6’6, 330 pound offensive lineman has become a prominent 2021 NFL draft prospect due to his strong role on the Ducks offensive line this season. 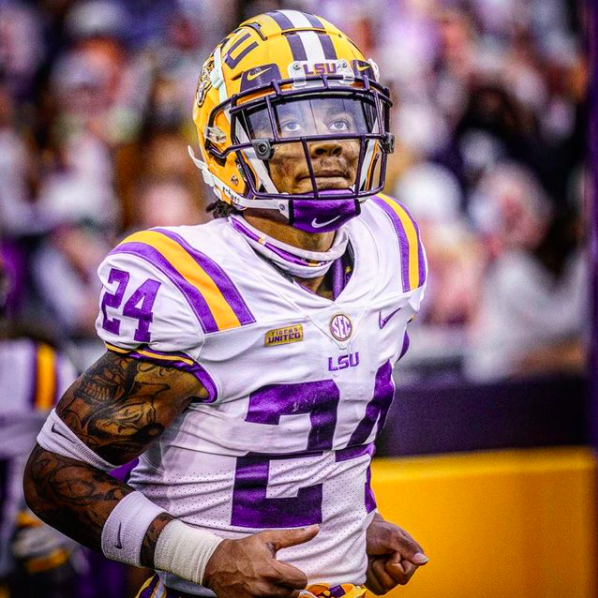 LSU’s star cornerback, Derek Stingley Jr., has made a name for himself during his two seasons with the Tigers, posting 65 total tackles(50 solo, 15 assisted) and 6 interceptions. On offense, the 6’1, 195 pound Junior attempted 23 punt returns for 260 yards. 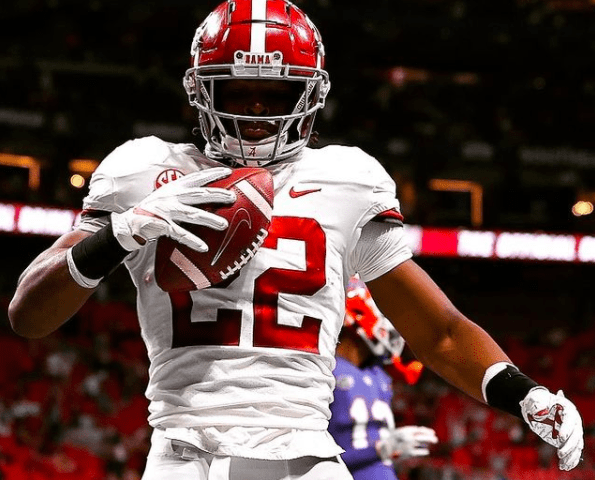 Najee Harris had another incredible season with the Crimson Tide, helping to lead the team to the national championship title against Ohio State earlier this week. In his four seasons at Alabama, the 6’2, 230 pound running back made 638 rush attempts for 3843 yards and 46 touchdowns. He also posted 80 receptions for 781 yards and 11 touchdowns. 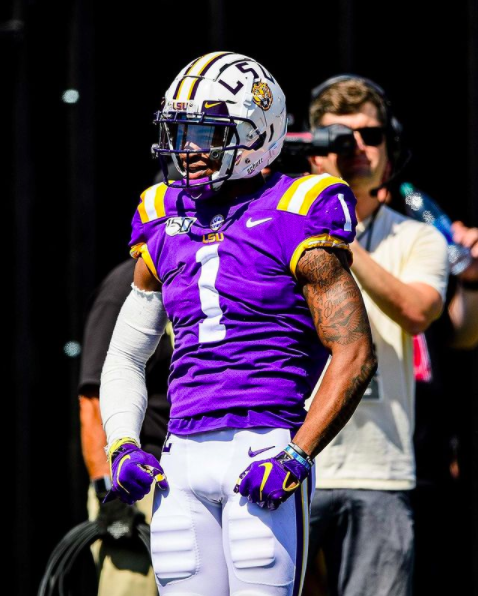 As another significant 2021 draft prospect, LSU’s wide receiver Ja’Marr Chase posted 107 receptions for 2093 yards and 23 touchdowns in two seasons as a Tiger. 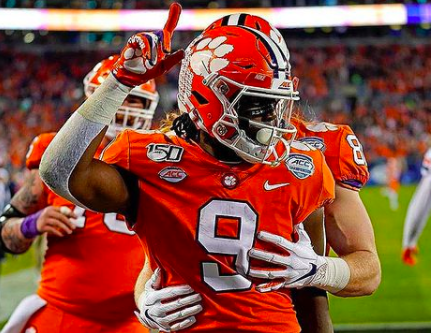 Another 2021 NFL draft prospect to come out of Clemson is star running back Travis Etienne. In four seasons with the Tigers, the 5’10, 205 pound powerhouse recorded 686 rush attempts for 4952 yards and 70 touchdowns. He also made 102 receptions for 1155 yards and 8 touchdowns. 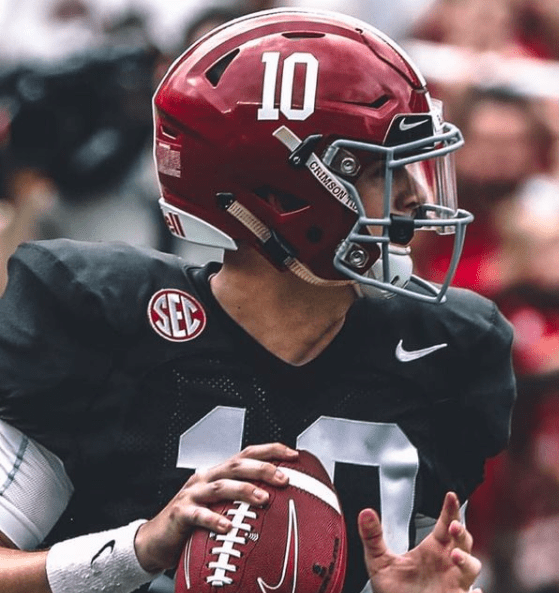 Mac Jones has joined the wave of Alabama players to enter the 2021 NFL draft after the Crimson Tide clinched the national championship title. The 6’3, 214 pound quarterback has completed 413 passes for 6126 yards and 56 touchdowns in three seasons at Alabama. 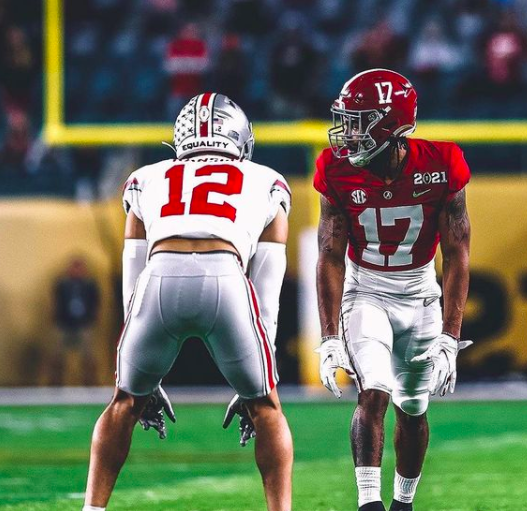 Finishing up the ranking with yet another wide receiver from the Crimson Tide, Jaylen Waddle. The 5’10, 182 pound junior has made 186 receptions for 1999 yards and 17 touchdowns;  has returned 29 punts for 733 yards and 2 touchdowns; 9 kickoffs for 214 yards and 1 touchdown.