The Career of DaKereon Joyner, a promising prospect 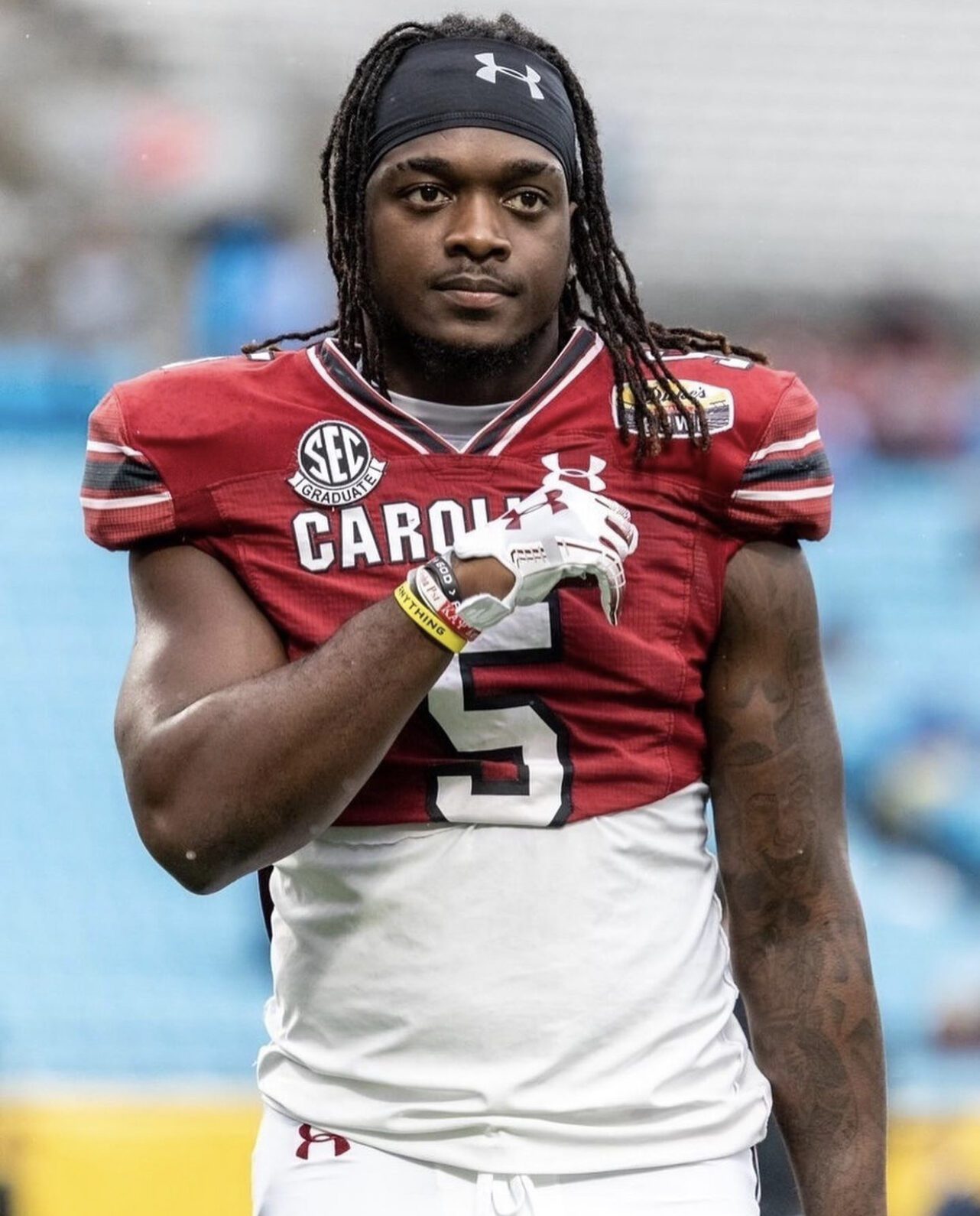 The Career of DaKereon Joyner, a promising prospect

The admirable DaKereon Joyner, Duke Mayo Bowl MVP, once wide receiver and now quarterback of The South Carolina Gamecocks, remains astounded from victory and is eager to initiate the season.

DaKereon Joyner had a huge influence over the game, abetting his team with 9-of-9 passes for 160 yards, plus contributing a touchdown. In conjunction, with completing 10 carries for 64 yards.

As a result, of his outstanding performance, Joyner earned MVP recognition.

With the recent team accomplishments, fans have been left wondering: Has DaKereon Joyner been the missing piece to victory all along?

The Charleston made champion, had this triumph long coming. Anyone would have given up if they had endured Joyner’s past dry seasons, but Joyner stuck around, rather than complaining, he was a team player constantly making sure he did his part. He could’ve easily thrown the towel and transferred elsewhere, but Joyner’s decision to stay with the USC’s Gamecocks shows his loyalty and dedication to not only his team but overall, the game of football.

Naturally, Joyner had been a gifted quarterback (QB) since his high school days, and it wasn’t until recently in the past seasons that he was given the duty of wide receiver. When designated the opportunity, by coach Shane Beemer, to be quarterback, Joyner took no hesitation to take advantage. As expressed by Joyner, playing QB was like riding a bike after a long period, easy and nothing about it had changed.

“Towards the end of the season, Coach Beemer finally gave me my chance to play the quarterback position- what I grew up playing all my life. Coach Beemer recruited me when he was in Georgia, with me in high school. He used to come to see me all the time. It’s crazy how things come back around. Coach Beemer knew I always had it. I’m fortunate that he gave me the opportunity for the bowl game. I definitely ran with it,” said Joyner.

Joyner having had history with Coach Beemer, developed a close friendship as well as mentorship which attributed much to the team’s success.

“Coach Beemer is a great guy who loves his players, he’s a player’s first coach. He loves us, whenever a coach loves you, he motivates you to play harder. He cares about us, and we care about him. He’s brought in a loving, caring staff that took all of us in full force. I am grateful, I wouldn’t want to be playing for anyone else. He’d go to war for us.”

Nothing for Joyner has ever come without hardships. At the age of 9, he lost his father, which left his mother to fend for the family to be the sole breadwinner. Growing up he found refuge in the beautiful sport of football.

“I looked to football as an outlet. There were a lot of distractions, being from Charleston, South Carolina. It could’ve gone a lot of different ways, but I had people around me to support me. They saw something in me I didn’t see in myself, in terms of athletic ability. It was definitely my stress reliever growing up,” said Joyner.

Throughout Joyner’s life, he’s had the unfortunate experience of losing people he holds near and dear to his heart. For Joyner’s loved ones who have passed away, he constantly pays tribute to them online with the hashtag, #Longlivemycrew.

“It’s something I deal with every single year. It’s challenging. People I grew up with, people I love, people I talk to, people I care about…Those losses are difficult. Everything I do is for them. I see angel numbers all the time, I see triple numbers, and I dream about them. I pray to them all the time. So, I know they got my back. I wish they were here, physically. The thing about that is I know they got the best seat in the house. They are covering me. I got angels watching over me. I feel them when I play,” said Joyner.

Recently, it has been announced that DaKereon Joyner will be an ambassador for The Duke’s Mayo Bowl. In regards to what duties he will be fulfilling Joyner said, “I’m going to tell a story of The Duke’s Mayo Bowl. Of the experiences, my team and I have had. Through social media, through phone calls. Just telling the story, posting content, just continuing to engage with fans. It’s a game that will never be forgotten. It will always be remembered.”

Not long ago, Joyner sent out 300 autographed bottles of mayo with a certificate of authenticity. Supplies were only available online, and in selected stores in Columbia, South Carolina; being a limited-time opportunity. This is one of the many ways Joyner has interacted with fans to keep the legacy of The Gamecocks with The Duke’s Mayo Bowl alive.

It’s a new year, hence a new season, and new additions are coming to the team.

Joyner is confident that the team dynamic will be strong. According to Joyner, there will be “experienced people in our team that are coming back.” The Gamecocks are longing to do some great things this year. Their general focus is to stay grounded, humble, and have hopes that everything will take care of itself.

For the off-season workout program, Joyner said, “It’s going smooth. For me personally. I can’t wait to get back to the groove of things. Getting my body back right, my mind back right. For the team, it’s going well too. We’re just taking it in full force. We’re ready to compete.”

DaKereon Joyner has no concerns, nor doubts about his career. There is no pressure to maintain his success. Having had an average career in the past years, he has nothing to prove to nobody but himself. Thereby, he is at a point in his career where he feels relaxed. One thing he does expect is to embrace his senior year and to play to the best of his abilities.

“I feel like my senior year will top it off. God will bless me. I will be fortunate enough to go to the next level,” said Joyner.