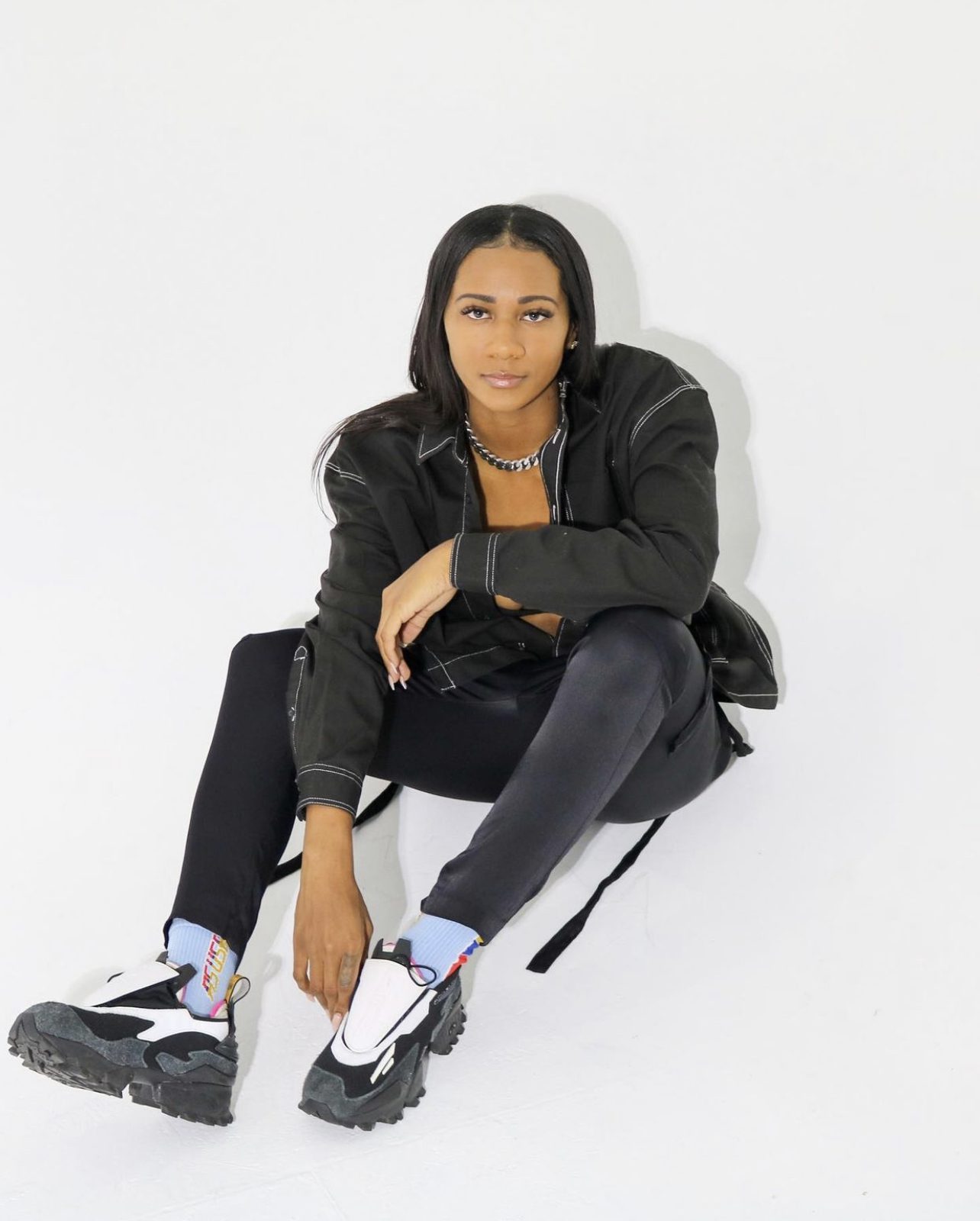 For the once decorated WNBA player, Chloe Jackson, fashion was always a lingering passion, so her becoming a stylist came to no surprise. Now her journey encompasses a grand opening of an imminent business committed to the art of styling.

In the Spring of 2020, Chloe Jackson made a life-changing decision. Jackson gathered up the courage to take a chance to become a full-time stylist. Quitting basketball, a sport she had practiced all her life was not an effortless ordeal for the spunky fashionista.

“I picked up a basketball when I was four years old. I had never put it down for so many years. When you leave your first love for something new, it’s obvious that there’s going to be a complete change in your life,” said Jackson, “For me, it was a change for the better. It was time to explore another passion of mine.”

Although many questioned her choices regarding her career, Jackson instantly trained herself to accept that people were going to have distinct opinions. That being the case pleasing others was beyond her.

Headstrong, Jackson knew deep down what she wanted.

“I’m in it (the styling industry), to do what I love and what I am passionate about at the end of the day”

Having an incredible support system such as her parents who she describes as her rock and “are always 100% supportive”, plus the ceaseless encouragement provided by her friends, nothing has felt impossible, rather attainable.

Jackson has admitted that she misses her days in the WNBA, but not like one would think. Because there are no regrets about leaving basketball to pursue other dreams.

There are certain feelings of nostalgia that come and go, but she mostly remembers the memories. Cherishing each moment she had in the court, and being immensely thankful to basketball, not ever taking for granted how much its blessed her.

“I miss it in different ways. [But I] don’t ever regret my decision. I am very happy with where I am. It was a game I played my entire life,” said Jackson, “I enjoy and love that the WNBA is growing the way it is, and I get happy being able to witness that.”

Having dressed people from the likes of Cari Champion, Maria Taylor, Quinn Cook, to Dwyane Wade. Chloe Jackson can do it all. Whether it’s a male or a female, Jackson takes on any challenge. She is multifaceted with her taste in fashion and curates specific looks for each of her clients. That is depending on their personalities, willingness to experiment, and personal style inspirations.

“The first thing I do is have a conversation with them, to figure out what it is they want to showcase in their style. Just certain questions to get to know who they are. From there, I just go with the information they told me. I enjoy embodying somebody’s personality through their outfit, cause it’s a reflection of who they are. Sky is the limit from there. So many brands out there, so many ways to put things together.”

Since Jackson dresses both Pro-Athlete’s and Commentators, she finds it necessary to collect versatile pieces, understand comfort, know fabric, and dressing each person appropriately for their jobs crucial. With all said, Jackson’s job is not only putting together a simple outfit, but going to the extent of even being an image consultant; resulting in her not only being knowledgeable in fashion per se, but in the marketing of that person as well.

All-in-all Jackson recommends her clients to have confidence on what they wear:

In the midst of March of this year, Jackson plans to inaugurate a high-fashion boutique of her own that will go by the name “Secret Closet.” To be located in Salt Lake City, Utah, Chloe Jackson hopes to bring people from all over, with hopes of attaining an amazing capsule wardrobe, and giving the boutique the feeling as if someone has stepped into their dream closet. Jackson did disclose it will be a by appointment only establishment.

“With this store, I want to be looked at [in a] different light, I’m an entrepreneur now.”