Teams to watch in the World Cup 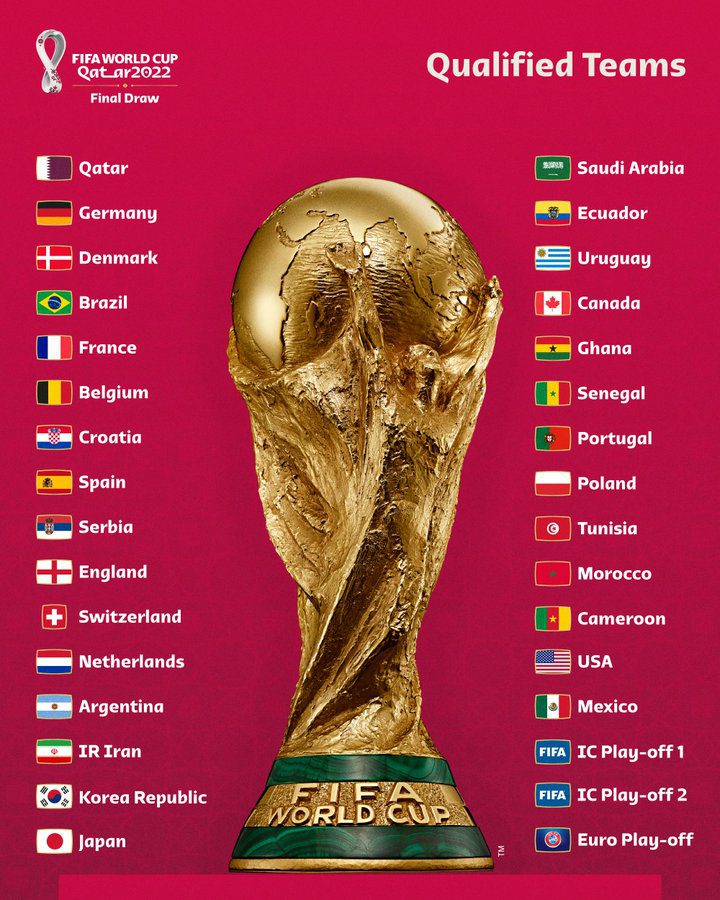 Teams to watch in the World Cup

We are in August and the new soccer season has already begun in some notable leagues. However, despite the excitement, the world will be waiting for arguably the most prestigious event, the FIFA World Cup.

The World Cup will be held in Qatar this year. Qatar was awarded the privilege to host the 2022 World Cup in 2010 when the FIFA executive committee gave Qatar the green light to host over Japan, Australia, South Korea, and the United States. The next World Cup will be hosted in Canada and Mexico in 2026 despite controversy involving bribery and a private contractor to spy on rival bid teams and key football officials.

However, the 2022 World Cup is being played this winter due to the extreme heat in Qatar during the summer, which would’ve made the conditions impossible for players to play in, which still upset many fans since the World Cup is a traditional summer event.

With the qualifying stage finishing along with the group stage draw for the upcoming World Cup, there are some notable teams to look out for that may end up surprising everyone.

The first team to look out for in the upcoming World Cup is the team that was able to punch their first-ever ticket to the World Cup by way of a play-off win over Ukraine, Wales.

Although Wales will be drawn into a tough group with the likes of England, the United States, and Iran, this team has the dark horse potential to make it out of the group and make a deep run.

Bale has been one of the world’s top wingers for most of his career, especially during his time at Real Madrid. Although his career has been plagued with injuries, Bale is one of the pitch’s fastest and most talented players. It doesn’t matter what team he’s on; it will always be an intense game when Bale is on his game. If Wales Bale can stay healthy for the World Cup, Wales will be a tough team to beat.

Another country to look out for that many aren’t talking about is Canada. Canada had one of the best performances a team could ever ask for in the Concacaf qualifying stage, finishing with 28 points, putting them in first place over special teams such as Mexico and the United States.

Canada might be drawn in the same group as Belgium, Croatia, and Morocco. However, there is still a pretty decent possibility Canada advances to the round of 16 from their group, especially if they can get in form at the World Cup. They will be a gritty team to go up against.

The third and final team that many should look out for in Poland. Poland found a way to qualify for the World Cup after defeating Sweden 2-0 in the play-off to secure a trip to Qatar for the World Cup.

Poland may not be a big-name team, but they have some notable talent, such as star striker from Barcelona Robert Lewandowski, Aston Villa right back Matty Cash, Juventus goalkeeper Wojciech Szczęsny, center-back Kamil Glik, and Napoli midfielder Piotr Zieliński.

Although Poland did get drawn into the same group as Argentina, Mexico, and Saudi Arabia, there is a high chance that Poland does not finish last. They will face tough competition with a world-class team like Argentina and a pesky team like Mexico standing in their way. Still, with the attack being arguably the best striker in the world, Lewandowski will cause problems upfront against other teams’ defenses.

The World Cup gets closer as time passes, and the buzz increases by the day. It may be odd to watch the World Cup in the winter, but it should still be exciting, with many players looking to put their countries in the history books.