Jennifer King became the assistant running backs coach for the Washington Football Team on Jan. 26, making her the first Black female full-time NFL coach. She was a full-year coaching intern with the team in 2020, prior to her historical assignment as a full-time coach. 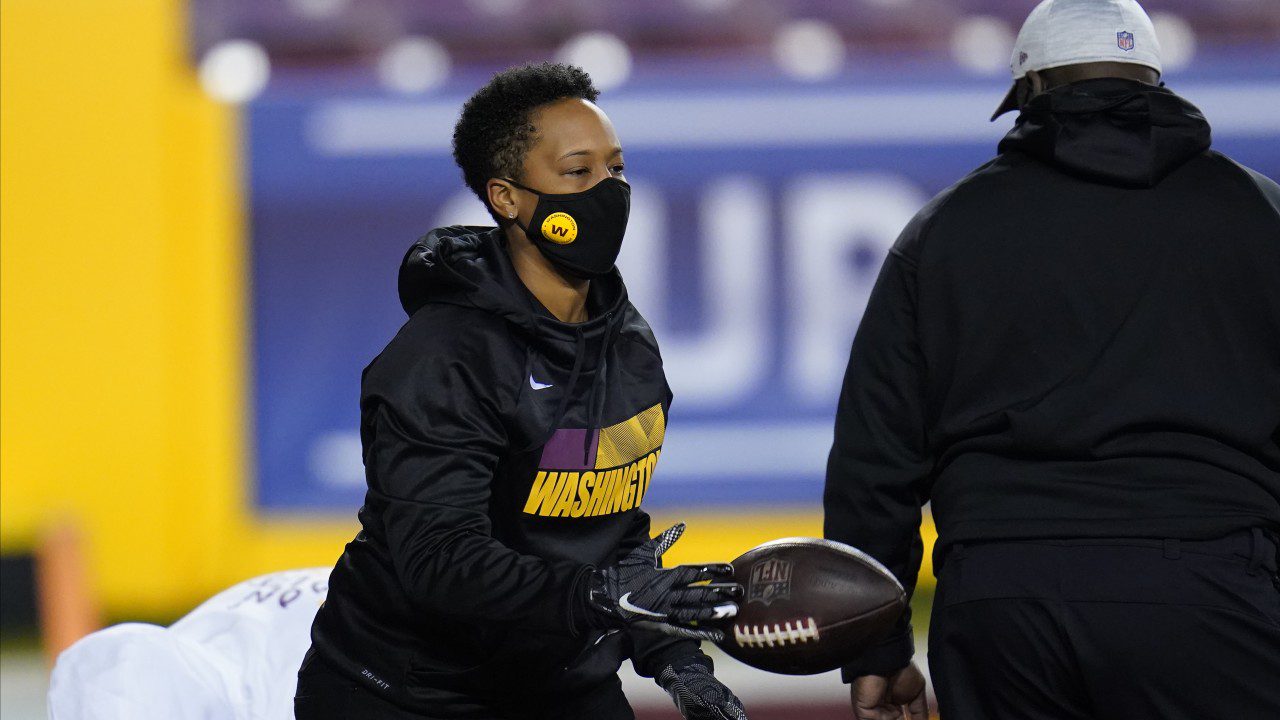 King, 36, grew up in a small town in North Carolina, and football was always a big part of her life. She worked as an offensive assistant at Dartmouth College where she primarily worked with the wide receivers. She helped to lead the team to a 9-1 record and an Ivy League Championship title.

During the offseason in 2018, she interned for the Carolina Panthers. She was an intern wide receivers coach, assisting Lance Taylor with drills and the creation of scouting scheme cards for the opposing defense. She returned to the Panthers in 2019 as an intern running backs coach and worked directly with rookies on skill development and playbook proficiencies. 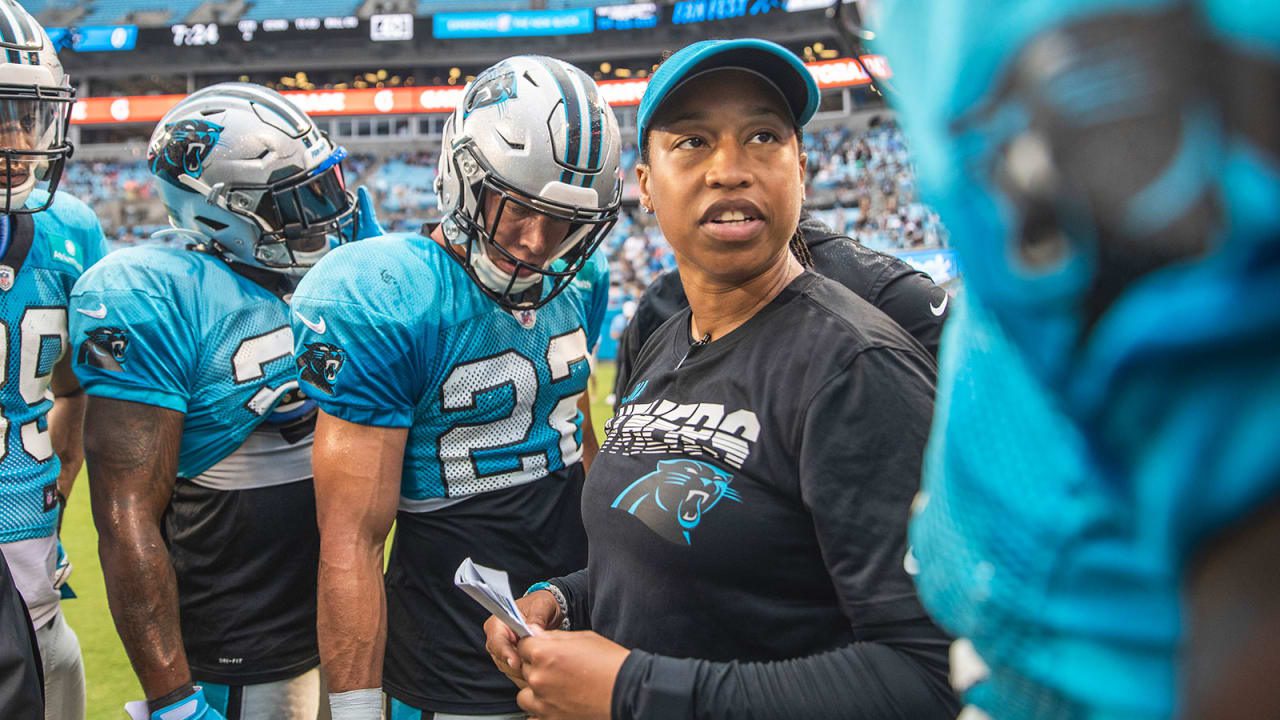 In between her internships with the Panthers, King worked as an assistant wide receiver coach for the Arizona Hotshots of the Alliance of American Football.

King told Ericka N. Goodman-Hughey of ESPN that football was her first love and she is hoping to inspire the next generation of female coaches.

“I’ll be able to answer the questions [the next generation of women coaches] may have, I’ll provide guidance. I’ll at least try. I want to make that connection with them because they’re on deck to go next. Me being here is an example. It’s an example of the opportunity they could have one day,” King told Goodman-Hughey. “Some think football is complicated [for women]. But I’ve never felt that. The game has given me so much. The friendships, the coaches, the teams — everything I’m getting now is just a bonus. This is just the icing on the cake.”

Kobe Bryant: One Year After His Tragic Death

Misty Copeland: History in the Making

Some States Working to Restrict Transgender Women in Sports