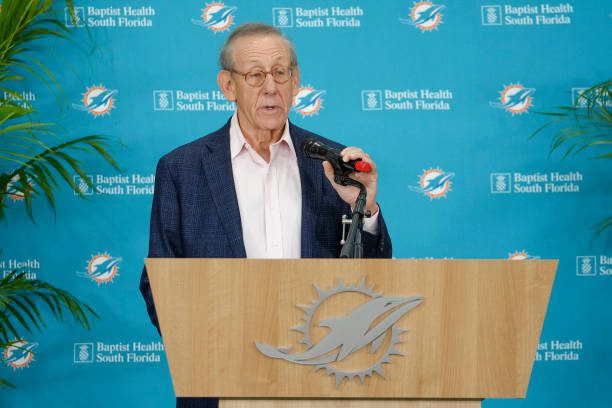 The Miami Dolphins have been disciplined for violating the integrity of the game policy violations. Apparently, the team was found violating the Anti-Tampering policy 3 times between 2019-2022. After a six-month long investigation, the NFL has released their findings.

2. The Dolphins again had impermissible communications with both Mr. Brady and his agent during and after the 2021 season, while he was under contract to the Tampa Bay Buccaneers. Those discussions began no later than early December 2021 and focused on Mr. Brady becoming a limited partner in the Dolphins and possibly serving as a football executive, although at times they also included the possibility of his playing for the Dolphins. Both Messrs. Ross and Beal were active participants in these discussions.

3. In January 2022, the Dolphins had impermissible communications with Don Yee, the agent for New Orleans Saints’ head coach Sean Payton, about having Mr. Payton serve as Miami’s head coach. Miami did not seek consent from New Orleans to have these discussions, which occurred before Coach Payton announced his decision to retire as head coach of the Saints. Following that announcement, Miami requested permission to speak to Coach Payton for the first time, which New Orleans declined to grant.

The Dolphins Punishment includes forfeiting a first-round selection in the 2023 draft, as well as a third-round selection in the 2024 NFL draft. The teams’ owner, Stephen M. Ross, has been suspended until October 17th, 2022. This suspension prohibits his presence at the Dolphins facility or any NFL event, he is removed from all League committees indefinitely, and has been fined $1.5 million. Lastly, the Vice Chairman/Limited Partner, Bruce Beal, is prohibited from all League meetings for the 2022 season and is fined $500,000.

The Dolphins were also investigated on whether they were intentionally trying to lose games in the hopes of receiving better draft picks for the 2020 season. However, Dolphins head coach at the time, Brian Flores, ignored Mr. Ross’ suggestions and continued to play as normal. Many seem surprised that the team did not receive a bigger overall punishment, especially with the statement the NFL Commissioner, Roger Goodell, put out about the violations. Goodell stated, “I know of no prior instance of a team violating the prohibition on tampering with both a head coach and a star player, to the potential detriment of multiple other clubs, over a period of several years.”