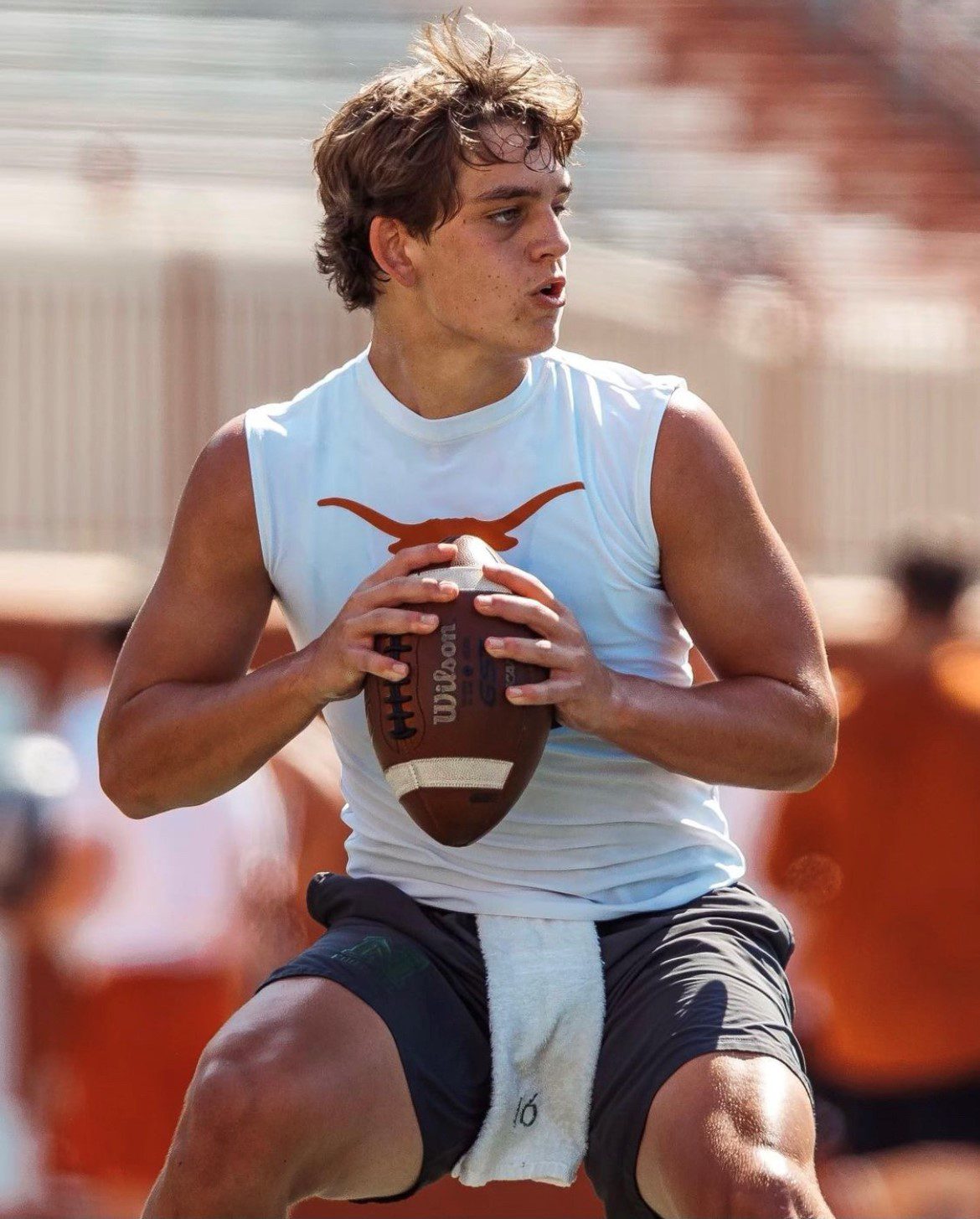 It has been a week since one of the biggest names of the 2023 college football recruiting class revealed his commitment.

Landing Manning was a massive win for the Longhorns as they picked up who some would consider the best prospect in this class.

In the previous years of recruiting (except for 2021, where they still finished in the top 15), the Longhorns have consistently delivered top 5-10 finishes on recruiting boards. Although they have gotten talent at many positions, the Longhorns’ on-field play has not lived up to the hype.

The Longhorns have not had a quarterback that has helped deliver them a National championship trophy since former Longhorns quarterback and All-American Vince Young (Colt McCoy was close but was injured early in the title game).

Head coach Steve Sarkisian arrived in Austin, Texas, with huge goals for this program, not only to recruit well but to also produce great on-field results as he aims to put Texas back on the map, returning them to the glory days.

Once a powerhouse in college football, the Longhorns have failed to reach the big stage and haven’t been back there since 2009, when they lost to Alabama 37-21 in the BCS National Championship Game. However, Manning’s commitment may change their trajectory.

Since Thursday, the Longhorns have rapidly risen in the 2023 rankings, sitting at the second-ranked spot just behind Ohio State.

It’s one thing for a program to have a coaching staff that can recruit and build a great foundation within its program. However, it’s easier when your program can get a big name like Manning, which helped break the ice for the Longhorns. In addition, their ability to recruit more talent gives them even more of an advantage.

Longhorn fans have been waiting for their squad to make a comeback in college football and be at the top of the mountain again. Although they have recruited well under Sarkisian and his crew, this program has not seen much on-field success. Of course, that can change with the arrival of Ohio State transfer QB Quinn Ewers, their 2022 recruiting class, and the upcoming ‘23 class.

The potential is there, and if the Longhorns can live up to the standards they set for themselves, it might be time to take this program seriously and consider saying, “they’re back.”