A New Era Emerging for the 49ers 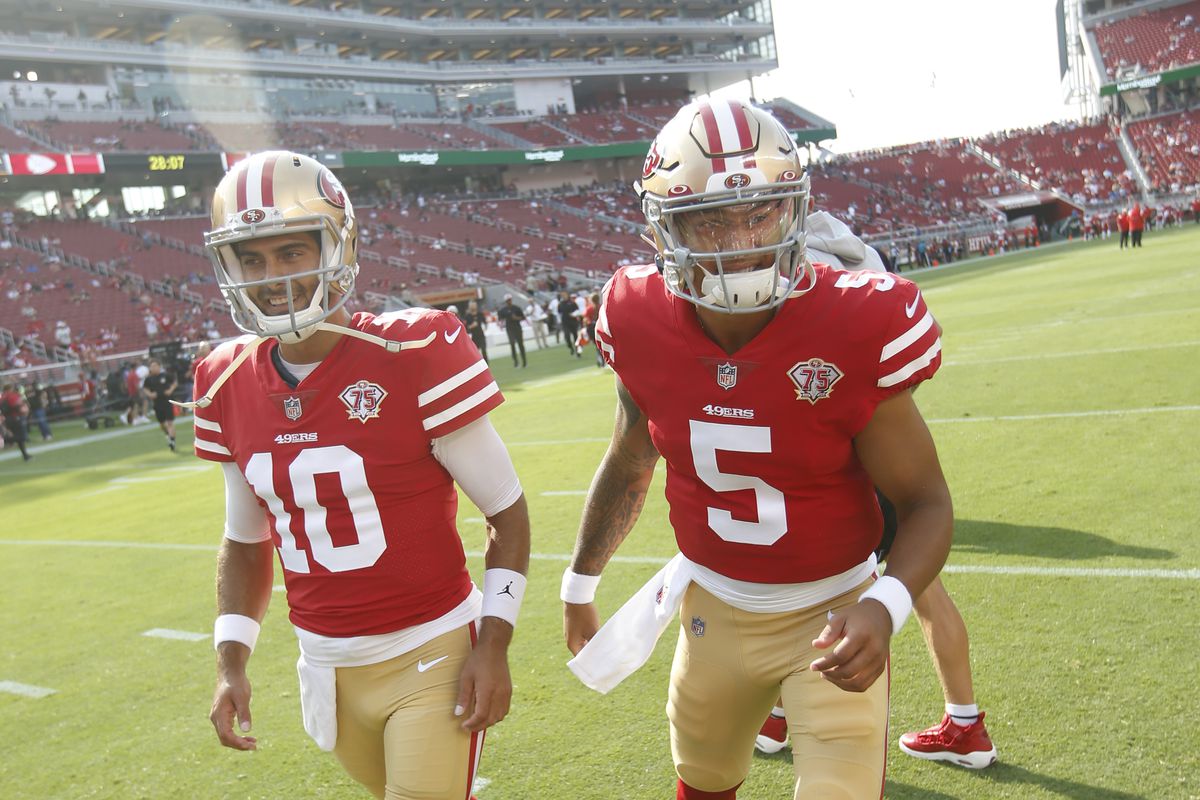 A New Era Emerging for the 49ers

Not too long ago, the San Francisco 49ers were in the market for a quarterback. In 2017, on Halloween, the Patriots traded backup quarterback Jimmy Garoppolo to the 49ers while getting their second-round pick.

The 49ers made this move with hopes of Garoppolo becoming their next franchise quarterback. This prestigious franchise is filled with rich success, especially from the quarterback position, producing hall of fame talent that has been a part of their Super Bowl-winning teams, such as Joe Montana and Steve Young.

Since Montana and Young, the 49ers have not had a quarterback of the same caliber that could help deliver the franchise another Super Bowl trophy. The 49ers made it back to the Super Bowl in 2013 at the Mercedes-Benz Superdome in New Orleans, Louisiana, with former quarterback Colin Kaepernick and former head coach Jim Harbaugh leading the way. However, they came short, losing 34-31 to the Baltimore Ravens.

After that loss to Baltimore, the 49ers went on a decline and didn’t make it back to the Super Bowl until Garoppolo came to San Francisco.

Garoppolo made his debut in week 12 when the 49ers hosted their NFC West division rivals, Seattle Seahawks. After their previous starting quarterback, C.J. Beathard, was taken out of the game due to injury, Garoppolo came in the game a minute ago and drove down the field, leading to a 10-yard touchdown he threw to former 49ers wide receiver Louis Murphy, making it his first touchdown pass with the team.

After that game, Garoppolo was named the starter for the rest of the season as he would lead them to a five-game win streak to end the year, leading them to a 6-10 record.

The following season Garoppolo’s time as a starter came to a faster than expected end as he had a torn ACL on his left knee, putting him on the sidelines for the remainder of the year, which was the start of a disastrous season for the 49ers as they finished 4-12.

In 2019, Garoppolo finished with a career-high 3978 passing yards on 69.1% of completed passes for 27 touchdowns and 13 interceptions while posting a 102 rating. Again, the 49ers’ defense and Garoppolo would lead the way as the team finished the season with a 13-3 record and a Super Bowl appearance despite losing to the Kansas City Chiefs 31-20.

Garoppolo’s 2020 season was cut short due to him re-aggravating his high ankle sprain in Week 8 against the Seahawks that he suffered in week two against the New York Jets, ending his season.

Before the start of next season, the 49ers held the third overall pick of the 2021 NFL draft, taking quarterback Trey Lance out of North Dakota State University, possibly marking a new era in San Francisco.

This past season the 49ers returned to the playoffs under Garoppolo despite speculation of him getting traded or not being the starter for the 49ers. He finished with 3810 passing yards with 20 touchdowns and 12 interceptions while completing 68.3% of his passes. Unfortunately, the 49ers would run out of magic, losing to the current Super Bowl champions and their other NFC West rivals, Los Angeles Rams, in the NFC Championship game 20-17.

As we approach the 2022-23 season, the trade talks for Garoppolo have picked up again. However, Garoppolo may be on his way out of San Francisco as Lance has looked good all camp. 49ers head coach Kyle Shanahan has stated that he is ready for Lance to take over, meaning he is leaning towards Lance being the starter for next season.

This could provide the second-year quarterback a great chance to prove why the 49ers picked him and why he should be the starter. This franchise has been waiting to find a franchise quarterback of their own, and if things pan out well, Lance could end up being the guy for the future.