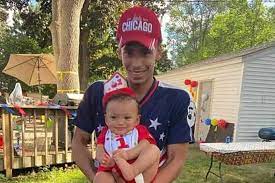 Recently the tragic shooting of 20-year-old Daunte Wright has taken over the news channel, as officer Kim Potter is currently facing a 2nd Degree Manslaughter charge. Following the events of George Floyd’s death, there is has been a huge wave of the Black Lives Matter Movement. Several celebrities and influential figures have publicly demonstrated their stance and expressed their anger toward the tragic death of many black Americans in the United States.

The Obama’s released a statement in which they empathized with the family of those who lost their lives to police brutality, referring to his death as “another senseless tragedy”. Beyonce took to social media, as did Jamie Foxx, Regina King, and Kerry Washington, to pay tribute to Daunte.

Kerry Washington tweeted that Wright “should still be alive.. as [her] heart goes out to his family, his friends, and to all Black people who are tired of waking up to tragedy after tragedy”.

Other celebrities like Davis, Lovato, Kim Kardashian and Michael B. Jordan re-shared infographics with information on what happened and ways for people to help and contribute to the solution. These are just a few of the thousands of celebrities that are outraged by the tragic lost lives of many black Americans. Through using their platform for these means, they have aided in drawing attention towards the issue and rallying support to take action and speak up against the inexcusable actions of law enforcement. Change needs to happen!