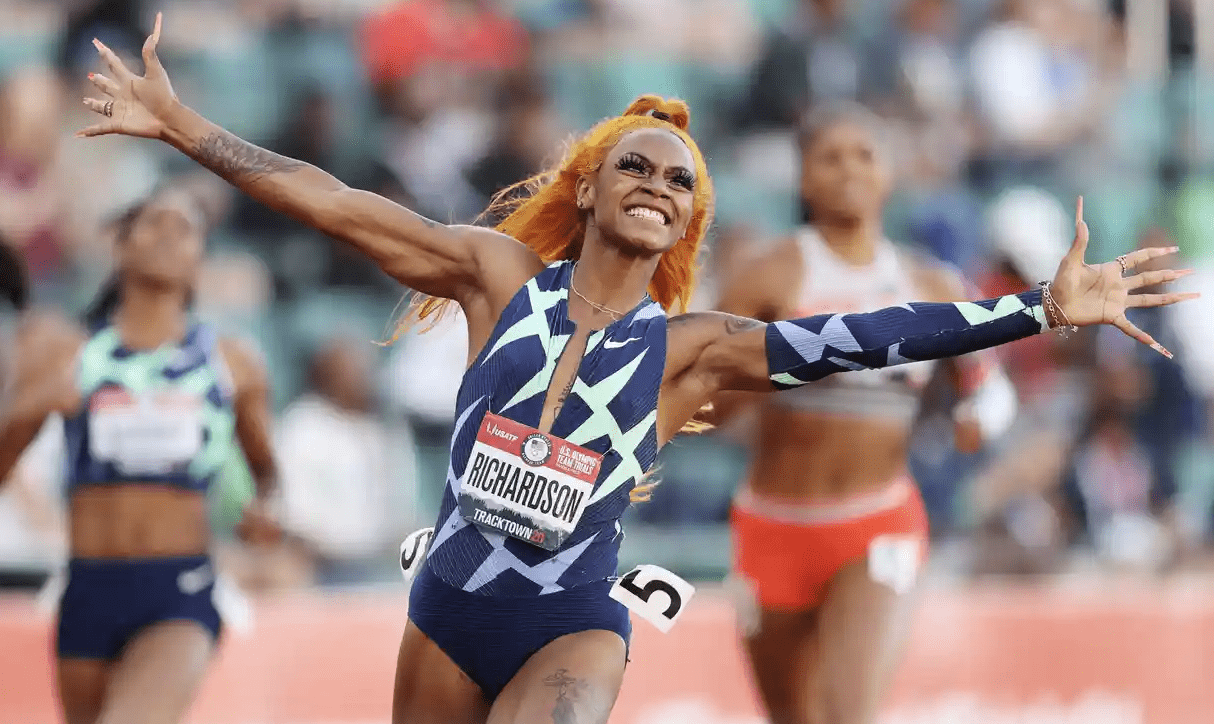 21 year old Richardson, left a lasting impression last month after she won the women’s 100-meter race at the U.S field trials in Oregon. Making her a gold medal favorite for Tokyo. However, her recent positive drug test automatically invalidated her results in the event, in accordance with the World Anti-Doping Agency rules.

Richardson’s one month suspension began on June 28th. Which means she may be cleared in time to run in the 4×100 meter relay that takes place later in the Games, if she is selected to the U.S. team

Marijuana is legal for recreational use in more than a dozen states, including Oregon, where the trials were held. As well as for medicinal use in several more states. Despite this, it is still on the World Anti-Doping Agency’s list of prohibited substances.

With the legalization of marijuana spreading, many are confused and outraged by Richardson’s athletic suspension.

According to the World Anti-Doping Agency (WADA), drugs are banned if they meet two criteria If they enhance performance, pose a health risk or violate “the spirit of sport.”Leaving many to question how marijuana meets these criteria.

In a 2011 paper reported by WADA “based on current animal and human studies as well as on interviews with athletes and information from the field, cannabis can be performance enhancing for some athletes and sports disciplines.” They noted that “cannabis induces euphoria, improves self-confidence, induces relaxation and steadiness, and relieves the stress of competition.” While also noting that the drug can impair hand eye coordination, stamina and endurance. The study also acknowledged that further research was necessary to understand marijuana’s effect on athletic performance.

The Journal of Sports Medicine and Physical Fitness, concluded in their research that marijuana “does not act as a sport performance enhancing agent as raised by popular beliefs.” And that “cannabis consumption prior to exercise should be avoided in order to maximize performance in sports.”

Many athletic organizations have started modifying their cannabis policies. The MLB removed marijuana from its banned substances list in 2019. The NBA suspended random testing for marijuana in 2020. And the NFL changed the penalty for a positive marijuana result to a fine rather than a suspension

Based on the surrounding evidence, it appears that marijuanas designation as a performance enhancing drug should be re-examined.