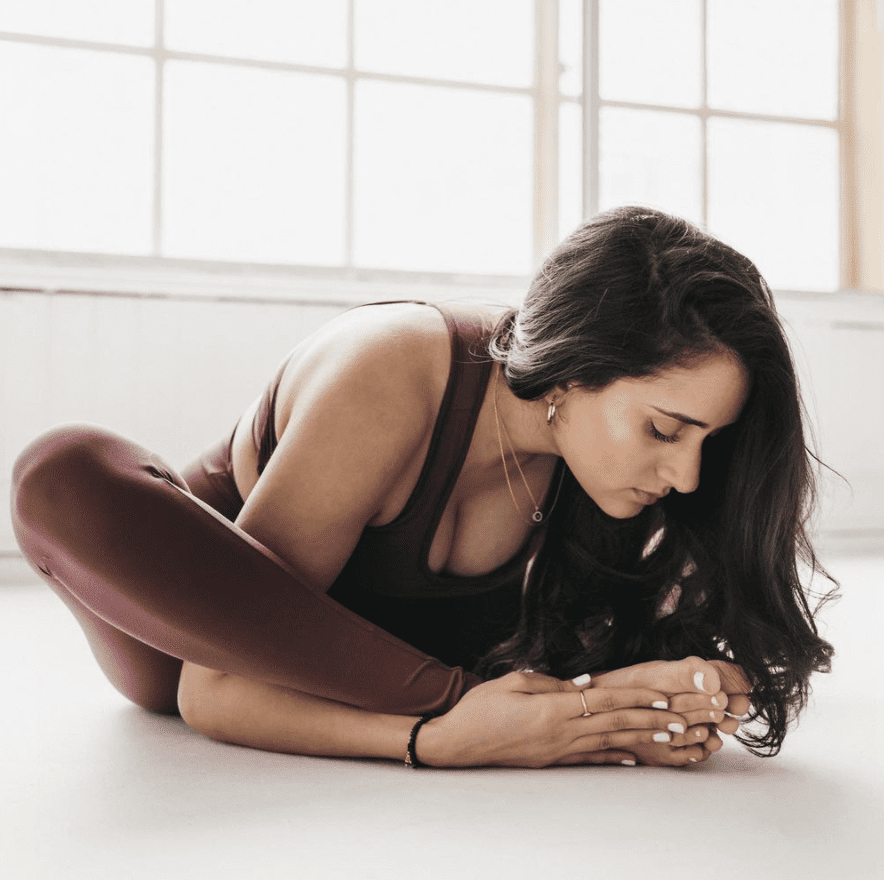 Nikita Desai, an English Indian personality of Tik Tok and Instagram, who has faithfully devoted her lifestyle to Yoga, speaks out about the colonization of her belief.

After a skydiving activity that went terribly wrong, Nikita Desai suffered from a serious fractured spine injury that required surgery. It was so severe screws were imperative to be placed in her back. Desai then decides to instead heal her body through Yoga. After healing successfully, she dedicates her life to learning more about the teachings of Yoga and chooses to teach others through social media and a studio of her own in London, UK.

Lack of Representation in Yoga

White American women are altering Yoga, the Hinduist spiritual practice created in India over 5,000+ years ago.

For years white women have been at the forefront of the practice, posing as the main poster girls. While ostracizing People of Color (POC) and Black people from taking part. Though Yoga is historically a peaceful and inclusive discipline, the westernized version of it is riddled with fatphobia, Eurocentric beauty standards, and lack of spirituality to appeal to U.S Americans.

Given the context of a situation like this, it’s perceived as modern white colonization.

In western media, Indian people have never been depicted as the creators of Yoga. Credit has not been rightfully given and understanding why is still hard, after all the political, as well as social conversations in today’s society.

The Cultural and Religious Roots of Yoga

When it comes to Yoga, 3 components are of the utmost importance: The mind, body, and soul.

“When people say Yoga isn’t spiritual. You can’t divorce the two terms. Yoga is spirituality. Hinduism is a very spiritual path. People, I think have started to practice without those elements, because of the way it’s been westernized and diluted. When it was brought to the West, by Swami Vivekananda. he tried to make it palpable to Westerners. Not completely, but enough for them to understand Yoga better. When he did make it modern for them, I feel like people got carried away, adding elements just to make it popular, and profit from Yoga. It’s offensive to our religion and our culture,” said Desai.

Desai gives real-life examples where Yoga has been butchered with needless components: Goat Yoga, beer Yoga, and naked Yoga all being for pure novelty.

Rather than take the practice in its totality, some people pick different aspects of the custom to suit their needs. Some people practice yoga because it’s trendy and find it aesthetically pleasing purposely cherry-picking parts of the culture they fancy, and ignoring what they find irrelevant. An enormous disrespect to Indian culture.

Yoga was once a victim of a ban in India under British colonial rule. British powers condemned Hatha yogis as violent and vilified them as diabolical advocates of witchcraft. When people with no true commitment to the discipline want to learn, it’s almost always conditional. At the end of the day, they won’t suffer from the racism, colorism, or prejudice Indian people are born into and essentially live throughout their whole lives. They get to cosplay and go back to their normal privileged lives.

Nikita recognizes the pertinence of the online space and the influence it can have on people.

“When I came on this journey. I fell into the trap where I wanted to buy Alo yoga leggings, do certain poses, the splits, a handstand[…]. Soon I started to realize stuff,” she said. “I felt like I didn’t have a place in the yoga world, so it’s intimidating to call stuff out. I was new to it, but then again, I wasn’t because it’s in my roots. That tells you something, my hesitation to start something new, something that essentially belongs to me because then it’s not the right place for anyone who is not part of it.”

In the trajectory of her Tik Tok usage people have contradicted and others have completely disregarded her apprehension towards phony Yoga. Desai explained the attitudes always radiate entitlement, and is surprised to see others act that way. Nonetheless, she is not going to stop putting out content. She is determined to preach her beliefs.

Bookretreats.com states that the corporate Yoga industry is worth over $84 billion. Brands like Lululemon, are not diverse when promoting their Yoga collections. Often lacking POC in their campaigns. Other times, businesses owned by White people conduct classes for other White people. So, when someone who is POC or Black infiltrates those environments, it’s usually uncomfortable for them to be in those spaces.

Since Yoga is a big cultural aspect of India. One would think there would be an instructor who is native or has ancestral roots to India. Instead, these places tokenize Black or mixed-race individuals to disguise their classes as more “diverse.” Desai, quickly comprehended she would not feel welcomed to places like that.

“The reason for me putting on my yoga studio is a result of the exclusion. When I went to classes or I applied for jobs here (the United Kingdom) I would only see White people being represented, I would walk into a class and its full of White students. The classes I went to were focused on ab exercises, getting into certain postures, teachers congratulating the physical milestones. I felt like a lot of things were wrong within this wellness industry. I didn’t feel comfortable anywhere else, so I opened up my own studio, and I wanted to make it accessible and inclusive. A place I could employ POC, particularly native (South Asian) teachers. Once I started teaching authentically, I felt the need to speak up more,” said Desai.

There are people who think calling “Yoga colonized” is dramatic. However, people like Nikita Desai, have a duty to protect yoga and its core elements and teachings.

Desai understands Yoga is historically non-linear, immensely complex, with a different version of its origin in each region of India. She isn’t the expert on all things Yoga. A lifetime would be the best answer to the question of “How long does it take to learn yoga?” because maybe then would one fulfill the purpose of yoga, to have embodied and truly lived it.