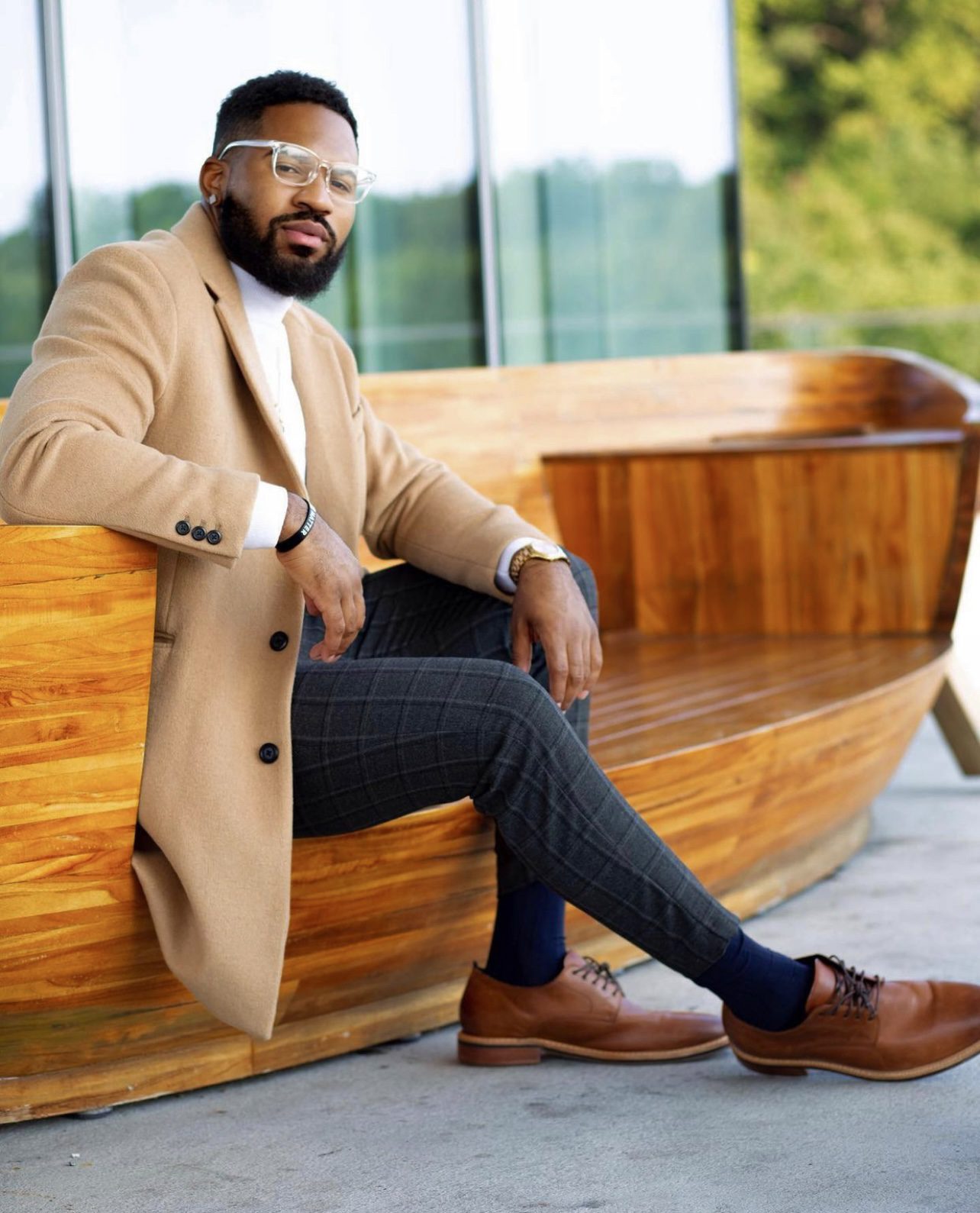 At 26 years old, Deonte Holden has accumulated an impressive resume that involves endeavors with education, sports, and business. Amid chaos, the triple threat go-getter has continuously maintained success, whilst staying balanced.

Holden recalls his childhood, constantly dreaming of his future and the endless possibilities that could transpire. Encouraged by his parents to pursue his objectives he knew he needed a plan to achieve everything he had in mind. He soon discovered one of his many passions, football, the catalyst to his ambitions.

In 2014, Holden attended North Carolina State University (NCSU) to obtain an undergraduate degree in Business Marketing, and of course to play defensive end for the Wolfpack.
Remarkably, not only did he earn his bachelor’s during his time at NCSU, but he additionally acquired two masters as well, one in business management and another in global luxury textile management.

Many things took place while he was at NCSU, from being redshirted for being too small (weighing 209 lbs.), getting injured resulting in him having no playtime, to not having effective communication with his coach, all these reasons did not allow Holden to properly shine.

Despite everything going south and being out two years out of the six at NCSU, Holden maintained a positive attitude. By contrast, instead of transferring to another university, or dropping football altogether, he waited patiently to demonstrate his talent.
“As a student-athlete, when you get hurt and have an injury, they already figured out ways to replace you. It’s just the nature of the game. For me throughout that whole time, I didn’t know what the game was, I didn’t know how to operate, I’m young, so I didn’t really build a relationship with my coach. Coming back… you got to think, I’m out for two years, I didn’t play my first year, my second year I got hurt, so coming back nobody has seen me play football for the school. I don’t even know what role to play.”

More than an Athlete

Even though things did not go as planned, Holden understands that everything happened for a reason. Because maybe if all the many downs he had faced didn’t occur, he wouldn’t have experienced other ventures.

Not only were sports part of the arrangement in the course of his college career. Deonte Holden soon uncovered he had the possession of other talents, as well as interest in other professions.

Holden enrolled in a study abroad program with his university, which allowed him to travel to England, France, Spain, Italy, and Dubai.

Gaveen was a streetwear clothing brand that Holden and a friend launched in January 2016. Having had ample attainment, Holden ascertained that he was not happy, and felt the need to leave Gaveen with hopes of returning to the fashion world someday, under his conditions and own vision of Luxury Haute Couture.

Overall, Holden cracked the code. Sports can only go so far, so as an athlete what can one do? Preparing for the unforeseen future is the answer. Tapping into other vocations could be something that could help in case anything happened. After all, nobody is indispensable.

Subsequently, in the Spring of 2020, Holden organizes time to write a book about his life and career. With hopes of highlighting the circumstances around the colossal coaster that football made him endure. Intending to direct his literate work to his target audience- current and retired athletes.

So, what did Deonte Holden do? What Deonte Holden knows best, create a multi-media company from scratch dedicated to “educate, entertain, and empower the next generation of athletes and sports fans through video series, podcasts, and interactive experiences” as stated in their website.

Law of Athlete (LOA) offers something extraordinarily different. As opposed to other companies. Since the CEO Deonte Holden has had first-hand experiences dealing with sports. There is a very rare characteristic: Sports sensibility that allows for not pity, but empathy.

The future of the Law of Athlete is bright and will exponentially grow within the next five years.

Additionally, a podcast is part of the Law of Athlete agency. Deonte Holden, being the host along with co-hosts Tykera Carter and Ced McFadden. All three deliver amazing interviews that touch base with the 12 LAO. Usually, sport/fitness-related podcasts talk about stats and superficial topics. The LAO podcast stands out because the real tangible conversations that deal with the mental and emotional anguish athletes feel are openly spoken about. Not to mention, the effortless chemistry the three have, ranging from different personalities, contributing various points of view, and having women be part of the discussions is refreshing. It’s no surprise the podcast has over 1.5k subscribers on YouTube.

According to Holden a new season is in the works and should drop in 2022.

Have you ever doubted yourself?

“Yeah, I feel like as human beings we doubt ourselves. Some people have confidence, but you know other times they hit certain trials and tribulations where they may doubt themselves a bit, and that’s Ok. Going through the process of life and going towards your success, whatever you decide success is. People are going to doubt you, people are going to talk about you. They may say good things, they may say bad things. At least they’re talking.”

How do you find balance, with everything on your plate?

What’s next for Deonte Holden?

In the meantime, Deonte Holden has no plans of stopping. Holden yearns to learn more, and it’s evident since he just earned a spot to be part of an internship with The Player’s Tribune. Being a libra man, Holden represents and embodies hard work and never-ending enthusiasm. In terms of Deonte Holden’s next project, nothing has been said, but being that Holden is an unpredictable ambitious character you’d simply have to stay tuned.