Its week 273489 in quarantine and maybe you need a pick me up. There’s nothing like a good old sport film to do just that. This list is comprised of just a fraction of the best sports films to get you started on a nice week of film binging. This edition includes movies released in 2000 or later, but there are a whole bunch of different kinds of sports films. You are bound to find something you and your quarantine buddy can enjoy together. Happy watching ! 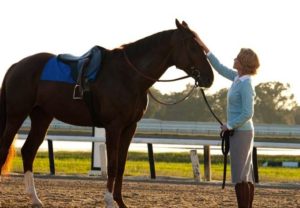 What: This 2010 Disney film tells the story of the race horse named Secretariat and his owner Penny’s journey to winning the Triple Crown in 1973.

Why: This film may be a little predictable but it will tug at your heart strings. It’s a Disney film, it has a horse, and its a sports-drama. Its also a beautiful film with wonderful cinematography that is bound to catch your eye. This movie is great for a family movie night at the end of a long day. 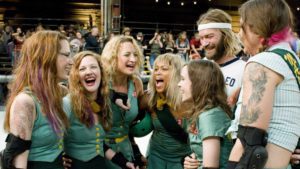 What: In Drew Barrymore’s directional debut, this film stars Ellen Page as a misfit teen who finds a family in a roller derby team.

Why: This film falls more on the quirky, indie, coming-of-age film. It is a lot of fun to dive into the world of roller derby competitions, and is a genuinely charming little movie. This film is meant for the people who want to step into the world of something different, entertaining, and non-mainstream. This film checks all those boxes. 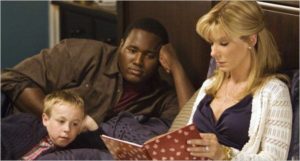 What: A true story about Michael Oher’s days as a homeless teenager before he finds a home with the Tuohy family, and a place in the world of football.

Why: This film Sandra Bullock an Oscar for a reason. It is a feel-good drama for people who aren’t looking for an intense sports-driven film, so much as an inspiring heart-felt movie. It’s strengths lie in the performances and the great storytelling. 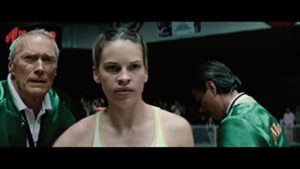 What: This Clint Eastwood film follows the amateur career of Maggie Fitzgerald who starts out with nothing, but has big dreams to go professional.

Why: My word of advice? Bring a box of tissues. This film is all about an underdog and will have you very invested in the outcome of Maggie’s journey with her tough-as-nails coach played by Clint Eastwood. This film is gritty, real, and emotional. Its garnered critical claim for everything from its action, to its story-telling, to the acting. This film unlike #2 and #3 follows her sports career more then her personal life but it brilliantly gives you a picture of who each character really is. 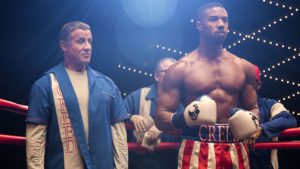 What: In the new era of Rocky films comes the Creed trilogy. It follows the son of Apollo Creed, Adonis “Donnie” Creed, and his boxing career under the tutelage of Rocky Balboa.

Why: If you’re a fan of the original Rocky films, you will be a fan of the latest installment. This film, like its predecessor, gives you great fights with a lot of heart. You will find yourself genuinely rooting and falling in love with the titular characters. Furthermore, Sylvester Stallone’s return as Rocky is brilliant. 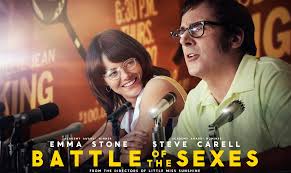 Why: This film explores a lot of mature themes that extend beyond tennis. It takes a dive into King’s exploration of her sexuality in a time where same-sex relationships are not accepted, and it primarily takes a look at the gender inequalities between men and women specifically in sports. The impact of the film is heightened because it is a true story and the film lays out the stakes of the match really well, and with leads like Emma Stone and Steve Carell, the film more then delivers on acting. Furthermore you get a good feel for who the characters are and great tennis action scenes. Whether you are a sports fan or a history fanatic, Battle of the Sexes tells an inspiring tale all can enjoy. 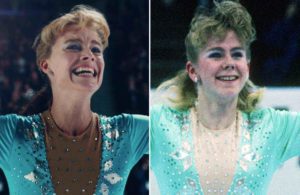 What: The last entry on our list tells a loose biography of figure skater Tonya Harding and what lead up to the 1994 attack of rival and fellow ice-skater Nancy Kerrigan.

Why: This film hits all the genres. Its a sports film, a black-comedy, and a drama. This film differs from all the other films on the list because the plot surrounds the lead up to an attack, rather then a typical sports-film plot. That is what makes the film stand apart from other sports film. You do get to enjoy the beautiful world of figure skating, but it brings you down to the dark side behind the pretty costumes and smiling skaters too.  Carried by the amazing performances by Margot Robbie and Allison Janey, the film explores Harding’s motivations and what caused her to participate in the attack of her rival Kerrigan.

Safe Shopping During the COVID-19 Pandemic

“The Prince of Pop Art- Back For The First Time”