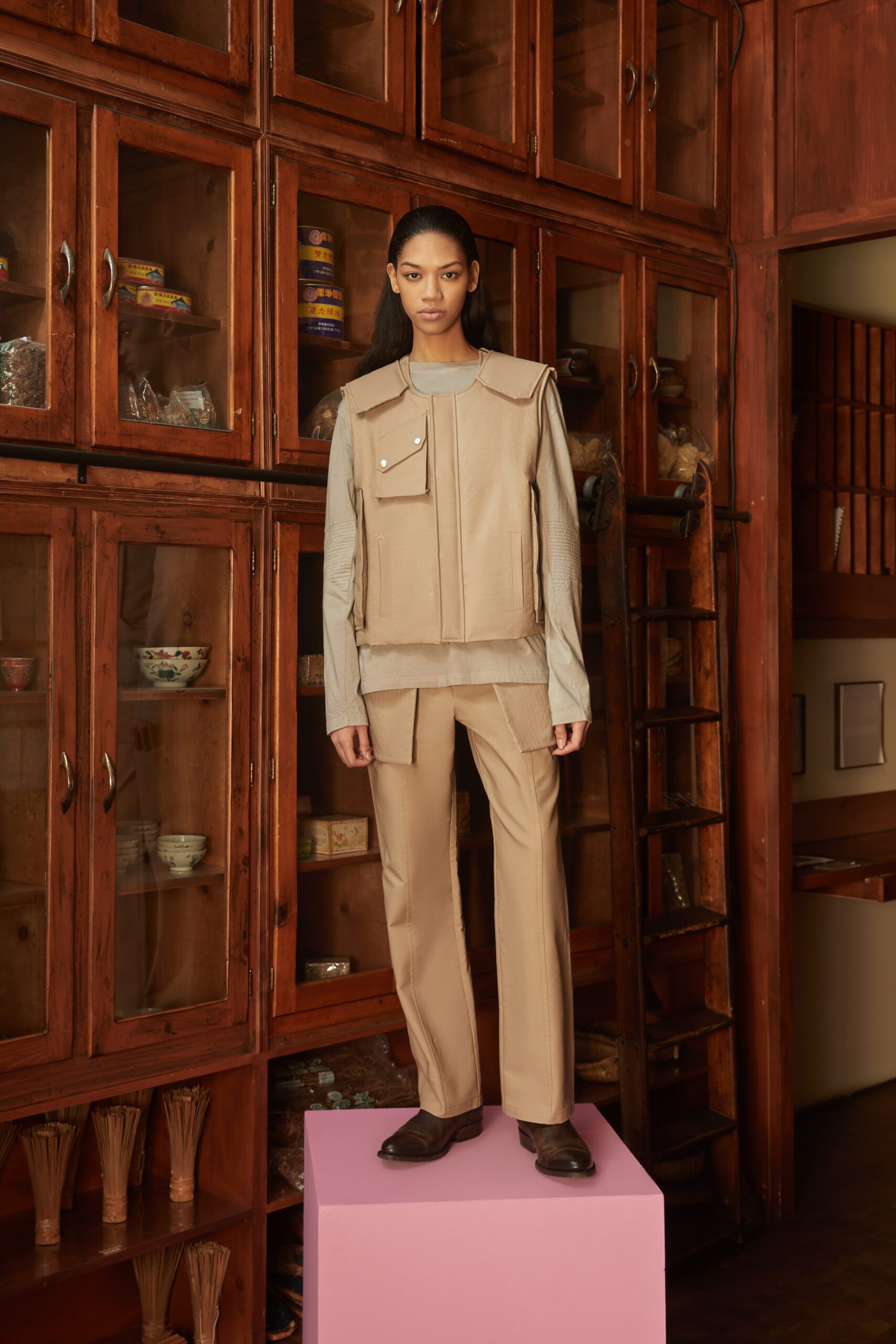 For this Fall-Winter season, the brand decided to pay homage to the important and fundamental milestones achieved by the Chinese community in the USA throughout the nineteenth century. The most relevant effort that the general public seems to most remember about that piece of History is the one made by the transcontinental railroad workers who built the American railroads. Those are the protagonists of Private Policy’s Fall-Winter collection 2021. 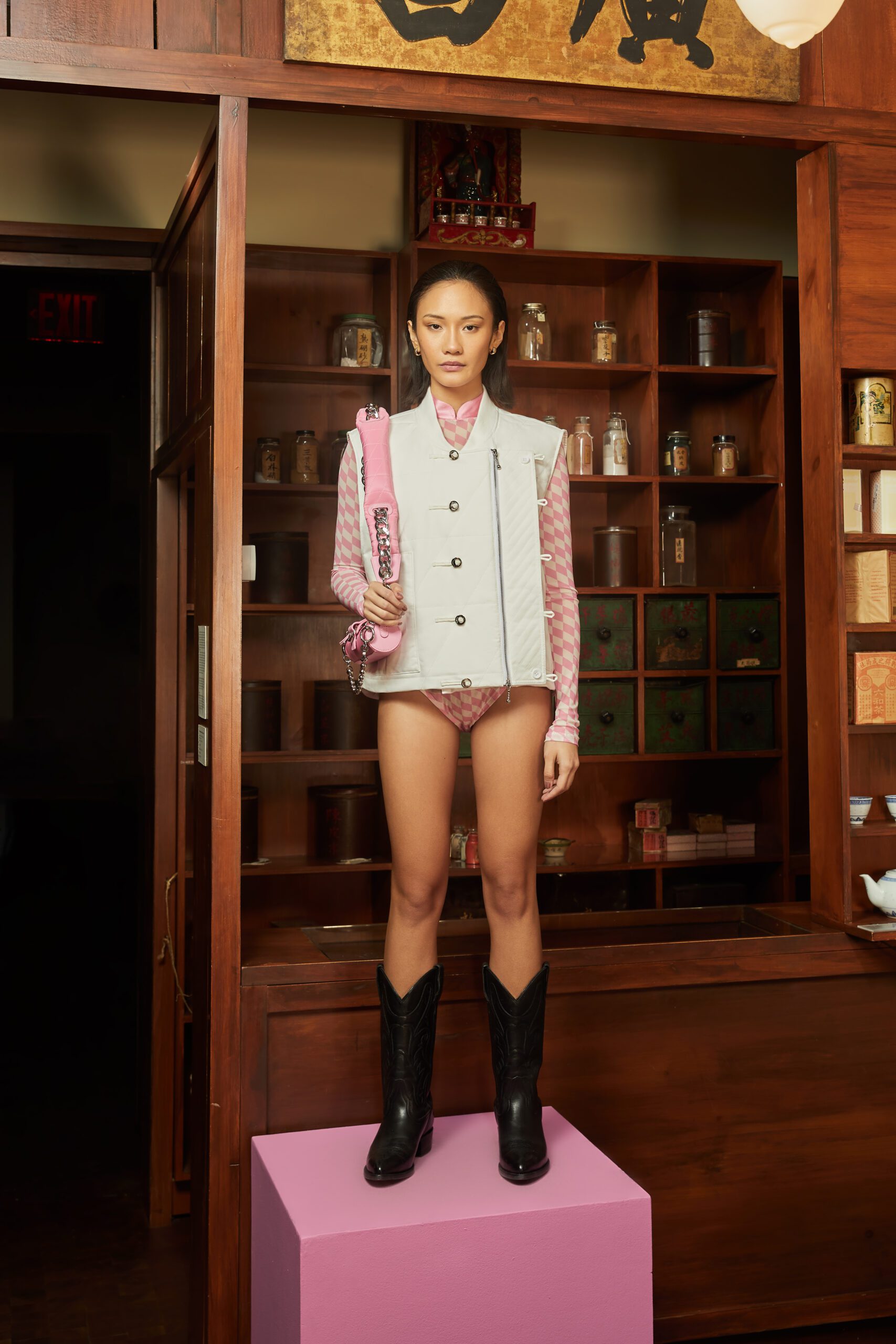 The collection counts 34 pieces. There are four major groups of colors that go from pink to light beige. The style is urban and casual, with a clear remark to the Chinese elements and forms, highlighted by the accessories and shapes of the garments. 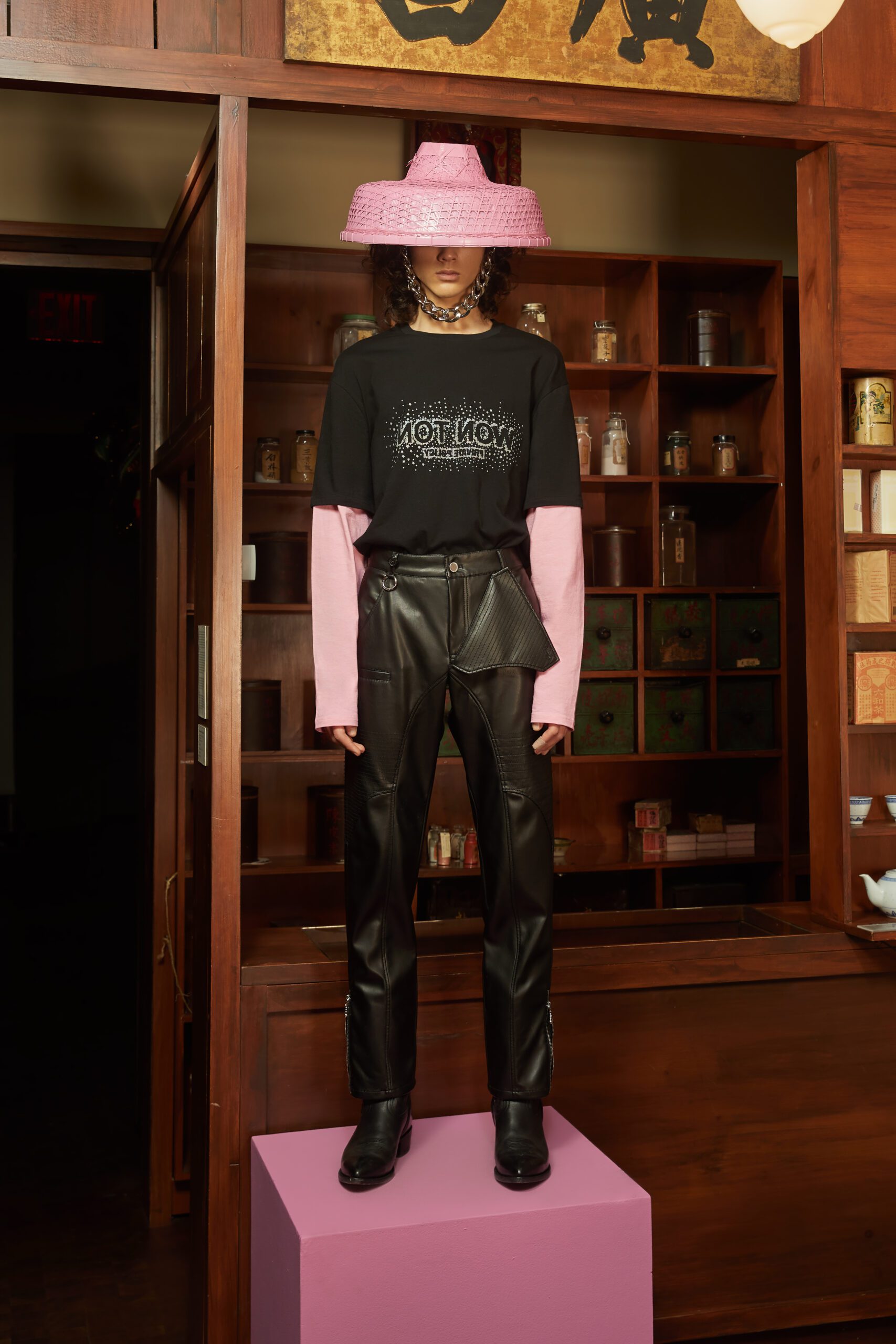 The show itself had a social media format in the lines of Tik Tok. In less than two minutes the models took part in an ensemble of trendy transitions, dances, and sounds, proper of a true Gen Z fan base. The video has been released not only on the CFDA’s platforms but also on Instagram as a reel. 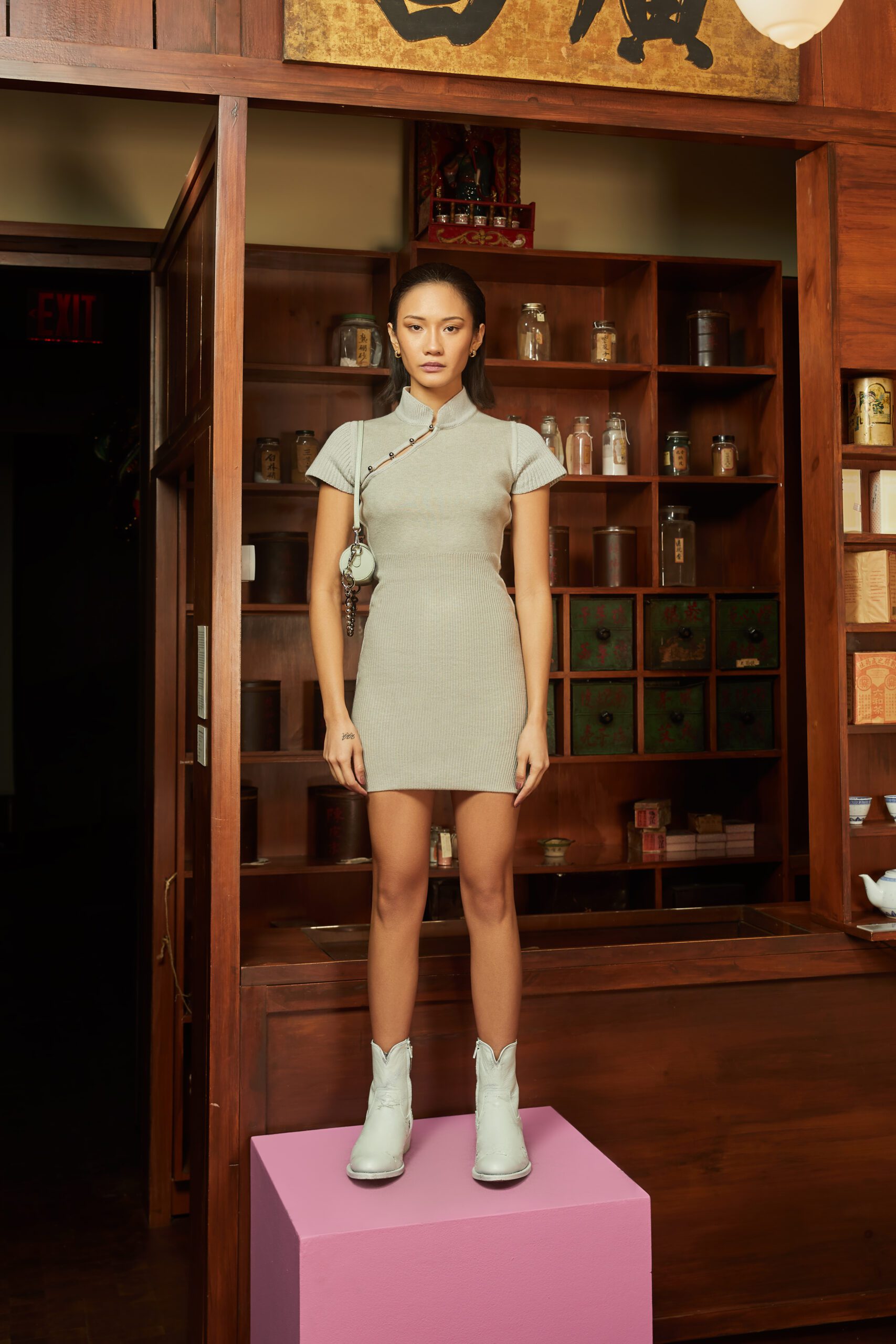 The message of this collection relies on the celebration of the past and the ancestors, but also as a reminder to take part in the present and make our identities heard and seen. Through their pieces, Private Policy intends to empower minorities, starting from their own heritage. 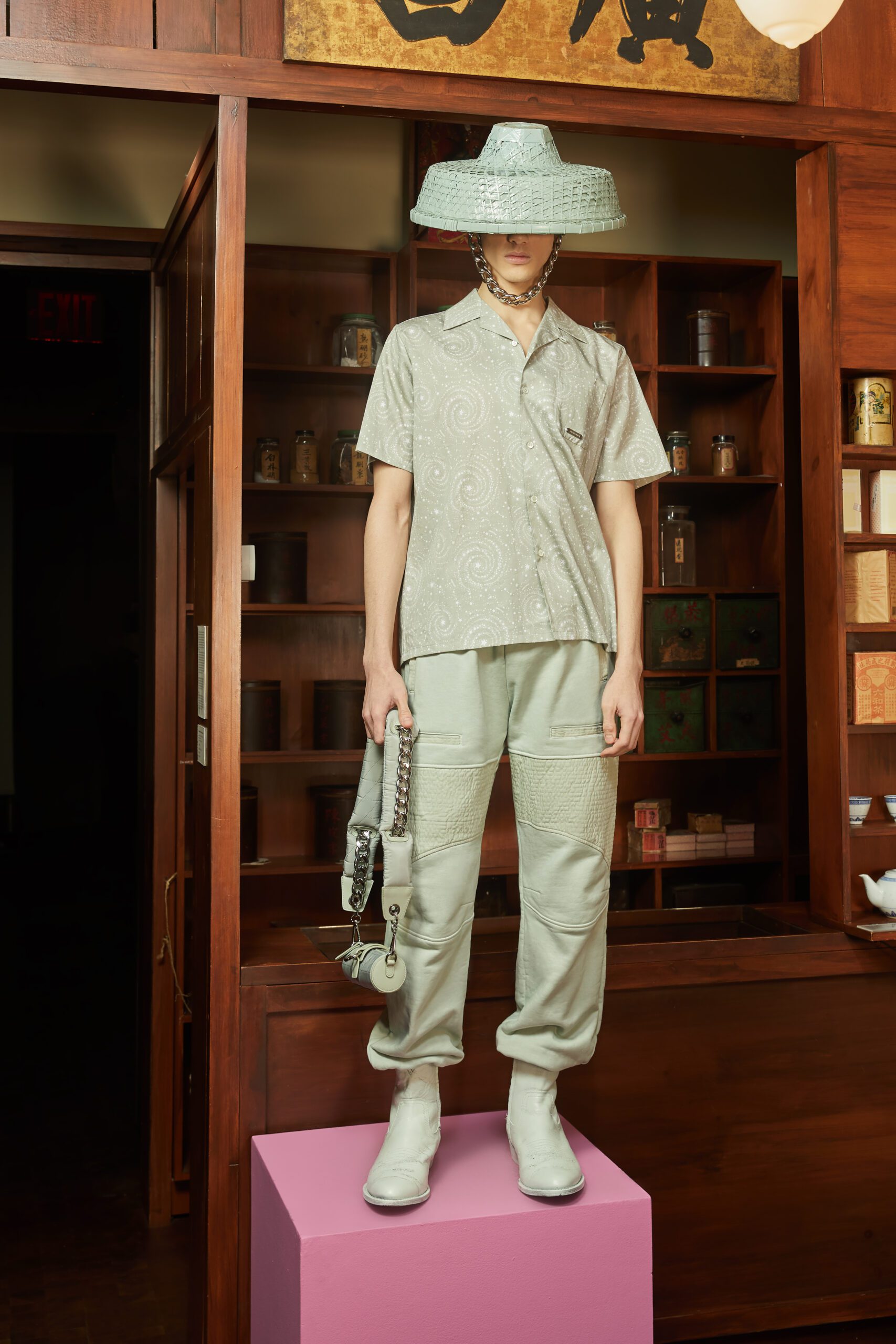 In memory of the global pandemic that originated in China and all the disasters that has brought with it, one of those unfortunate events was the racism that this situation has raised in the world, by attacking Asian communities and Chinese people. Because of this, groups with that heritage have found difficulties in living and approaching people of other cultures and nations. It is time to end those prejudices and unnecessary attacks. This is the moment to take note of the past to make a better future. 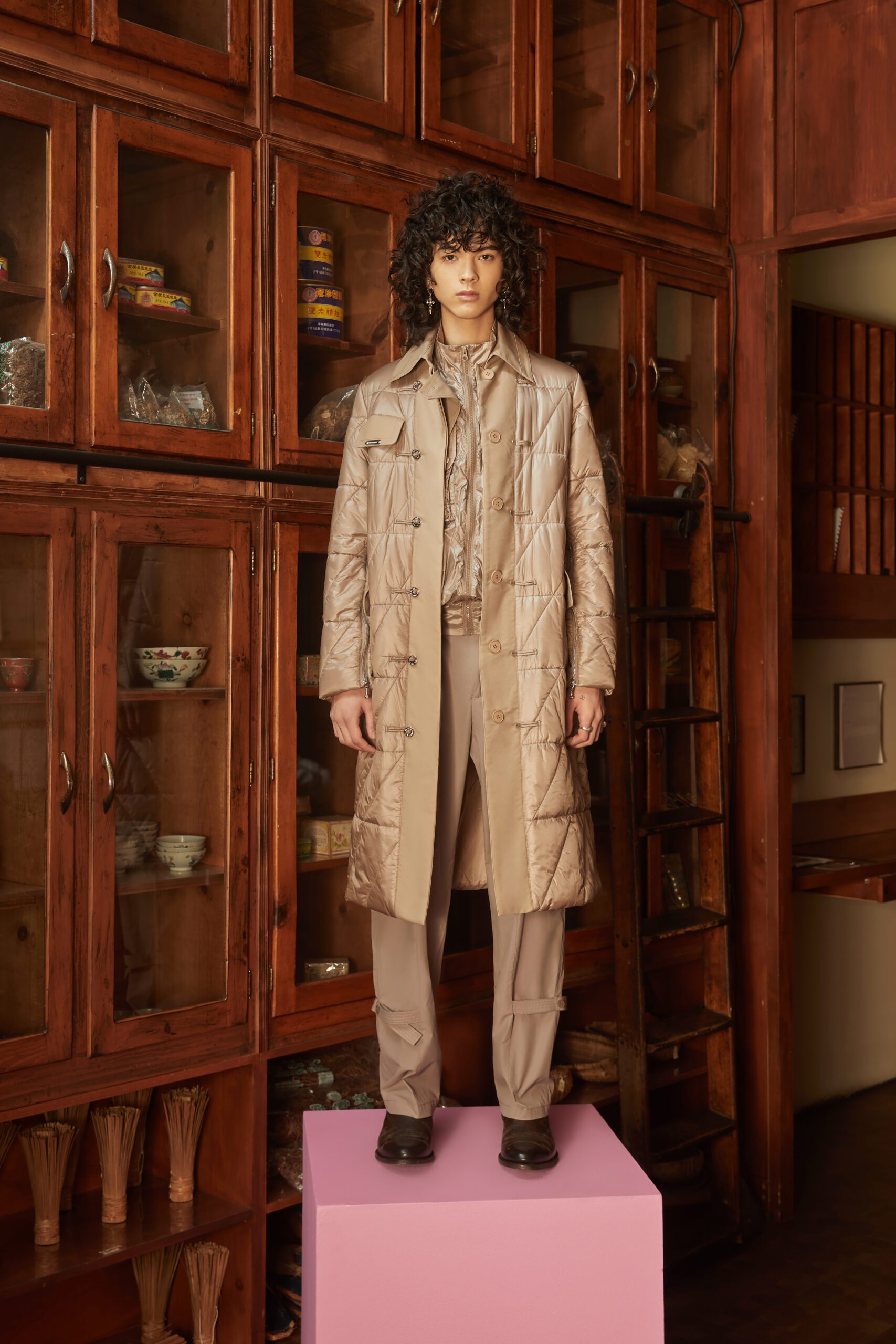 Creative directors Haoran Li and Siying Qu were nominated for the Fashion Group International Rising Star award in 2018, listed on Forbes China “30 under 30,” won the GQ China Present award, and recently became finalists of the CFDA / VOGUE Fashion Fund in 2019. 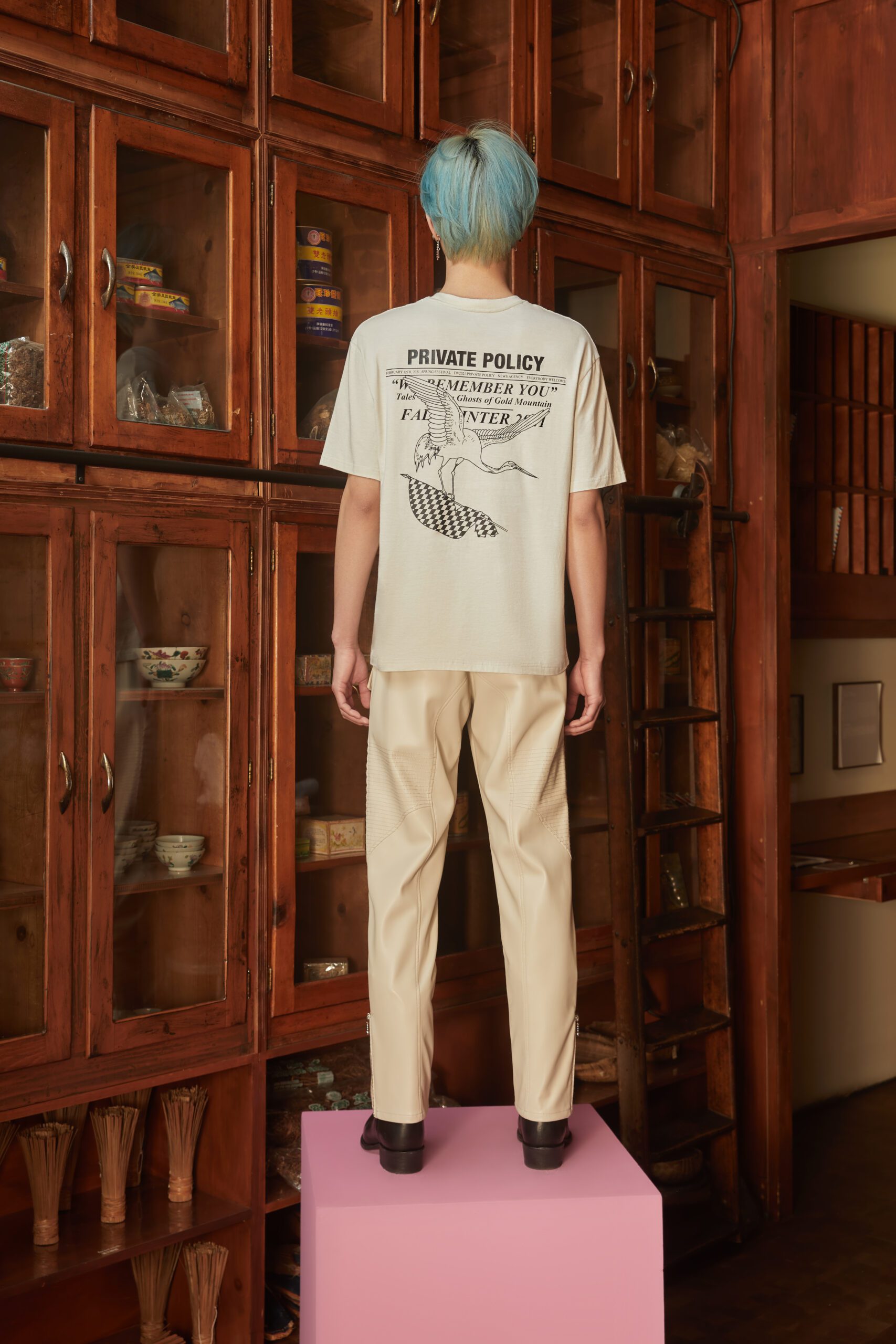 Private Policy is an inclusive brand that has the mission to bring the vivid and upfront spirit of New York. As vibrant and original as the brand presents itself, its message travels beyond the fashion industry and stands for a significant and impressive lifestyle.