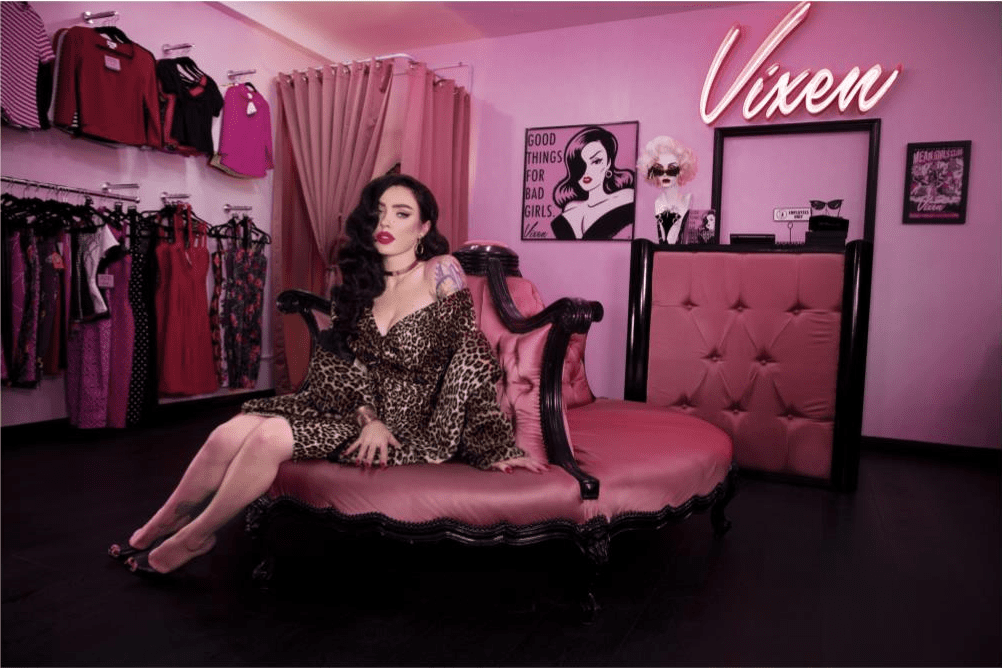 by Vincent Lane
0 comments
Vixen by Micheline Pitt, the LA-based design house known for vintage-style fashion inspired by 1950s bad girls and ‘80s flair, is proud to announce the launch of their all-new “IT” and “IT Chapter Two” Collections, an officially licensed collaboration with Warner Bros. Consumer Products. The collection is inspired by New Line Cinema’s “IT” and “IT Chapter Two.” 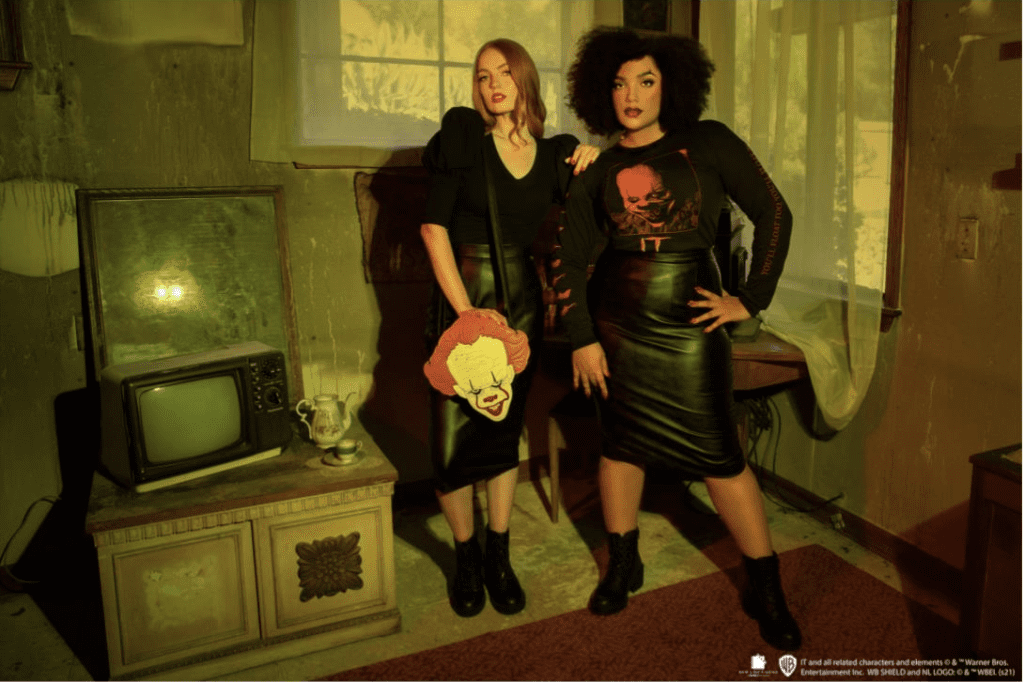 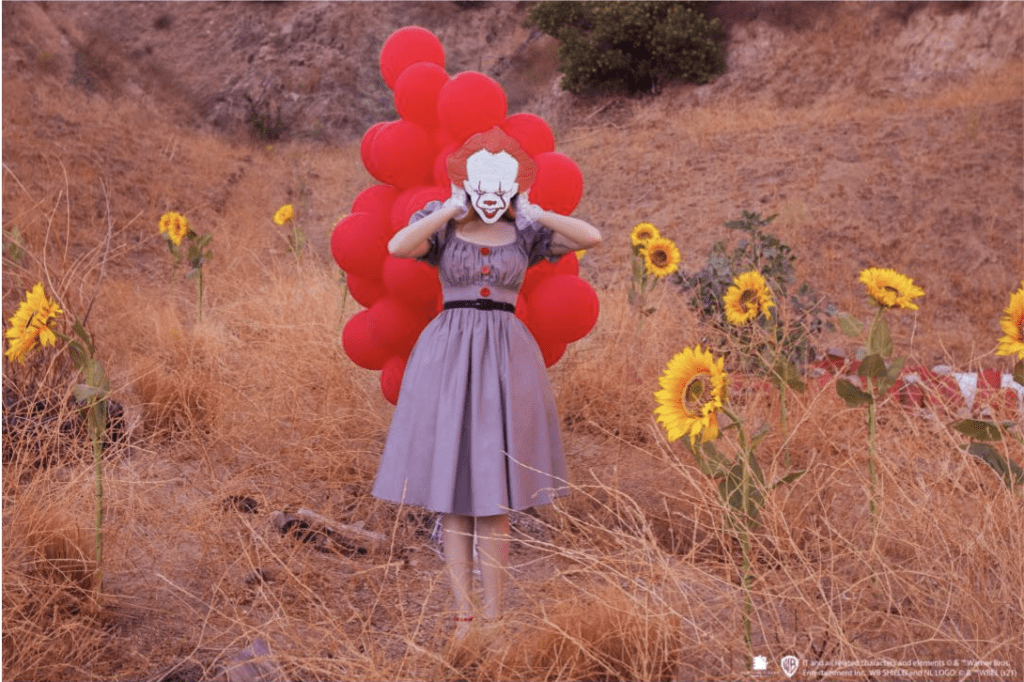 Launching today at 9:00 AM PT at MichelinePitt.com, the Vixen by Micheline Pitt “IT” and “IT Chapter Two“ Collections feature a screen accurate Pennywise handbag (otherwise known as the scariest bag ever made!), a disturbingly adorable and screen accurate Georgie’s Boat bag, and other horrifically enticing dresses, skirts, and shirts featuring the terrifying ancient cosmic evil known as Pennywise and the misfit heroes of the Losers Club. Try not to get caught in the Deadlights of this incredible collection.
“Like millions of other fans who grew up reading Stephen King books, my most coveted was IT,” says Vixen founder and designer Micheline Pitt. “I also grew up with a love of clowns, and Pennywise was a terrifying figure that fascinated me. These new films are just incredible – the world building, the imagery, the characters, but most of all the design of Pennywise, the dancing clown. It is such an iconic character, and I, like so many others, am completely obsessed with him. I felt that there lacked clothing and accessories for us female fans to share our fandom of this film franchise, and what better way to show that fandom than a screen accurate Pennywise bag! With his sinister smile and glistening metallic foil orange eyes, this may be the scariest bag ever made!”
“I’M PENNYWISE, THE DANCING CLOWN.” One of the scariest bags you will ever own,
Vixen by Micheline Pitt, in collaboration with Warner Bros. Consumer Products, introduces the ultimate Pennywise novelty bag. It’s a full 3D replica of everyone’s favorite child-eating dancing clown, Pennywise. Perfect for those who want to show off their ghastly fandom and stay stylish while doing so. This crossbody bag features a white textured vegan leather face, sparkling metallic orange foil eyes, and detailed hand stitching.
“IT” / SS Georgie Boat Bag
$65.00 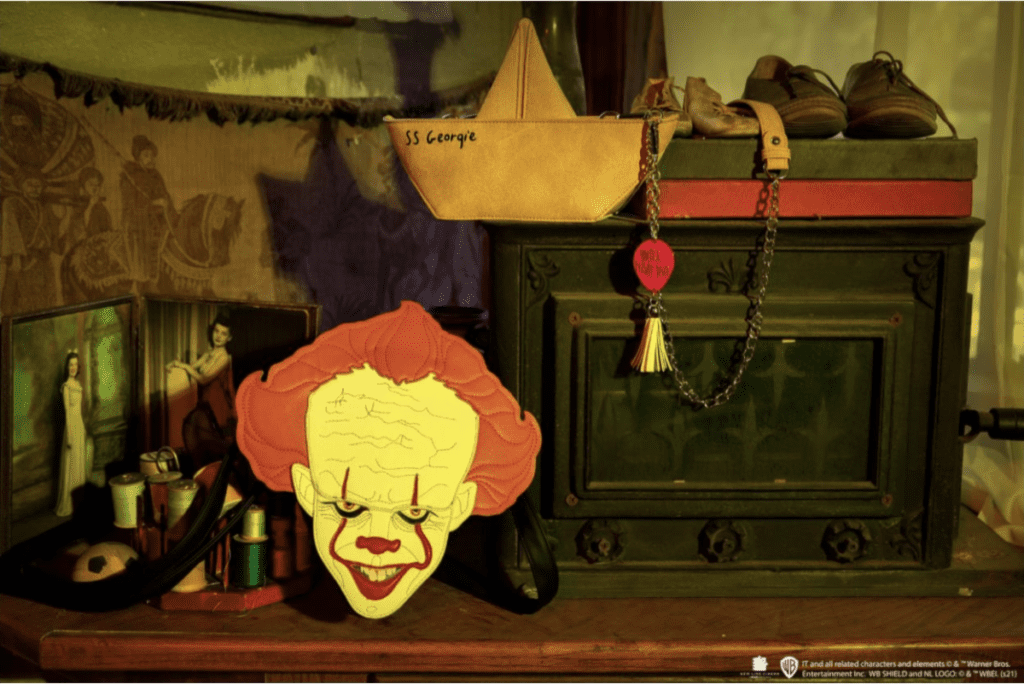 “FUN’S JUST BEGINNING.” Part of the officially licensed collaboration with Warner Bros.
Consumer Products, Vixen by Micheline Pitt introduces the SS Georgie Boat Bag. It’s a full 3D replica of Georgie’s boat from the movie, down to the aged yellow paper on textured vegan leather, and font. This bag also features a red balloon tassel charm with the iconic phrase “You’ll Float Too” and “IT” logo. Removable strap converts this from a cross body or shoulder bag into a clutch.
“IT” Pennywise Babydoll Dress
$132.00 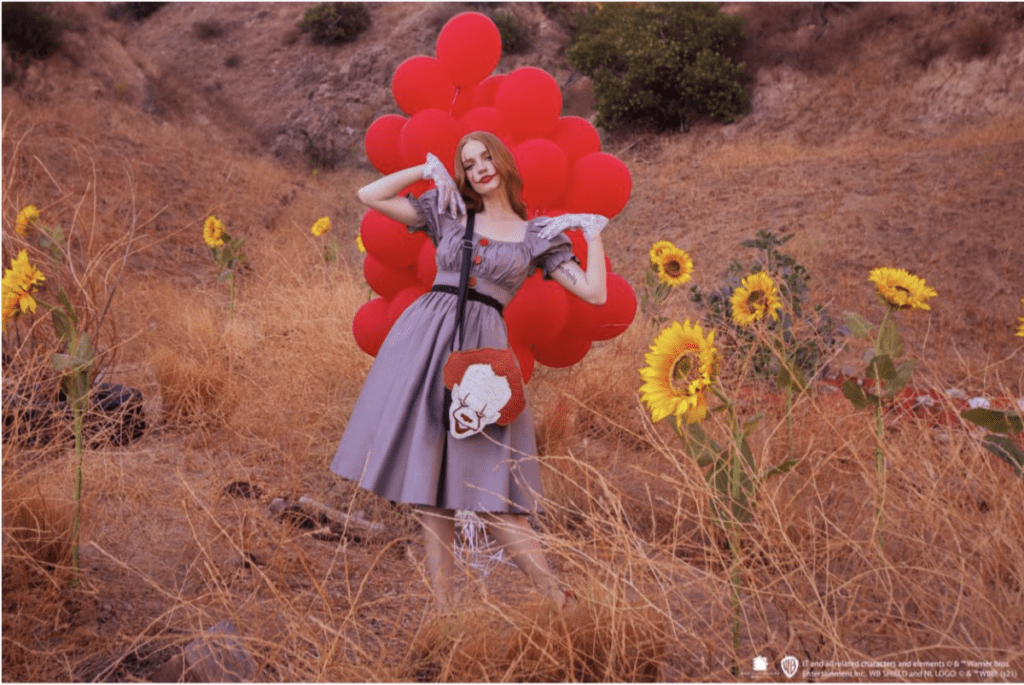 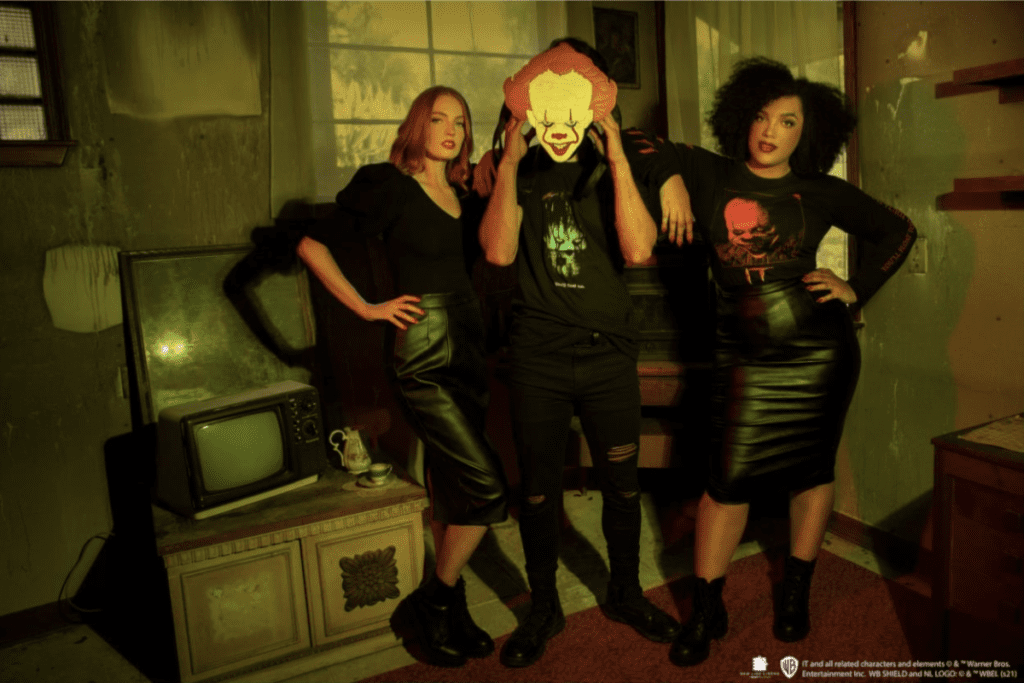 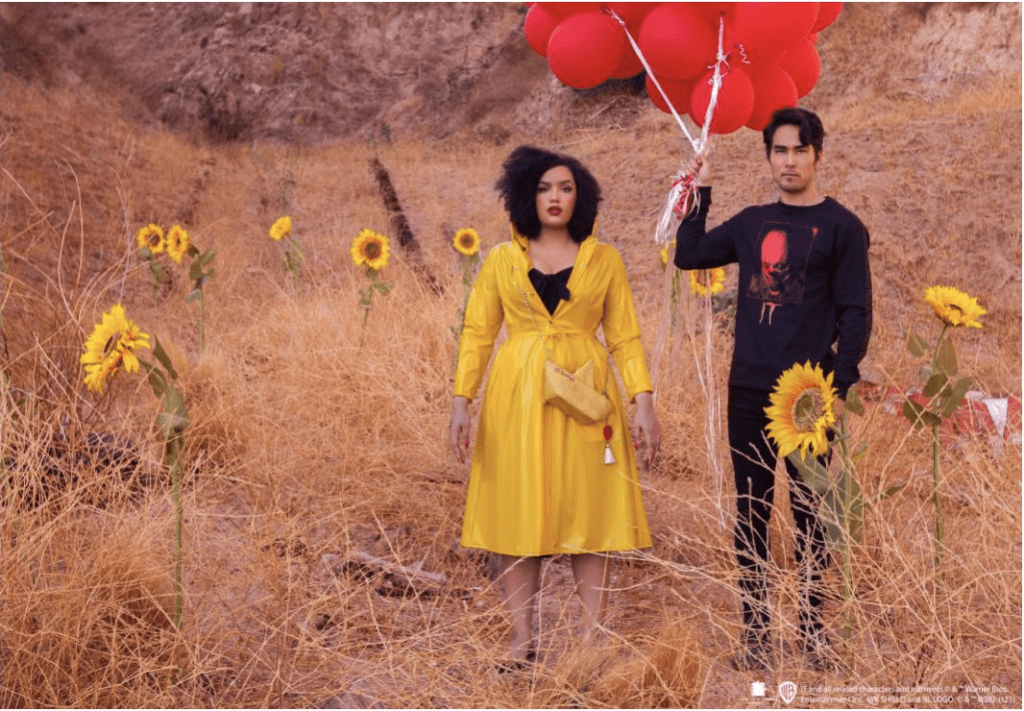