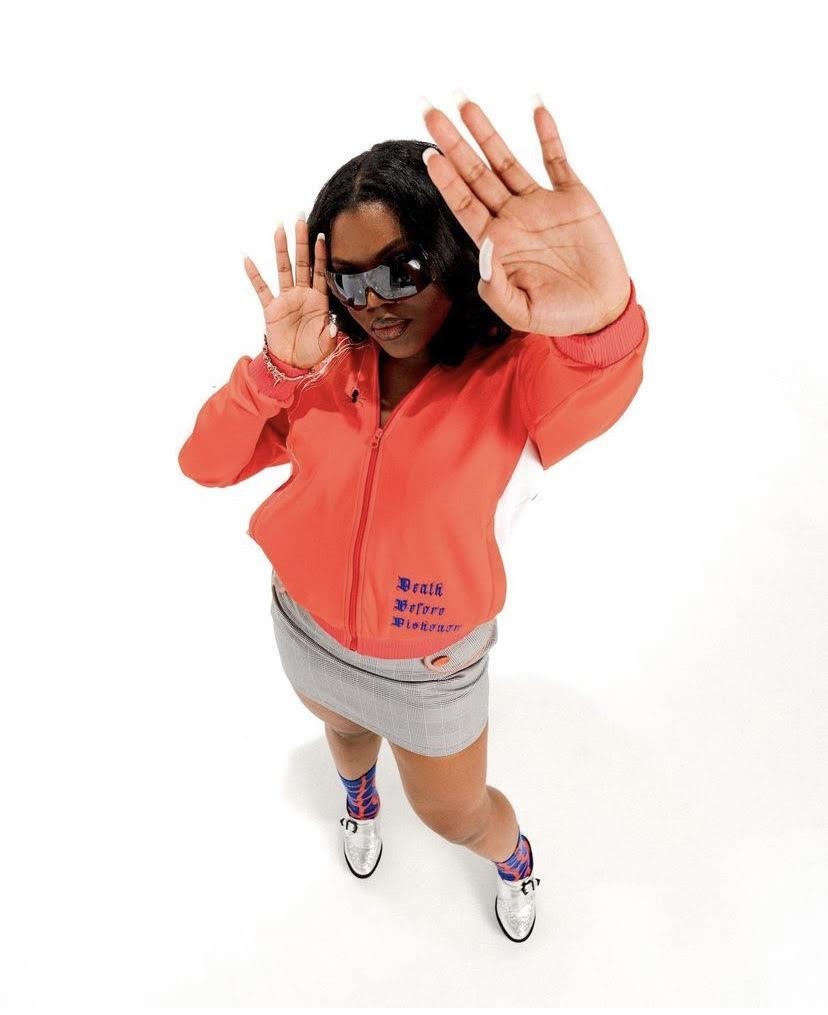 The New Jersey-based fashion designer Nailah Muhammad is a fearless creative who views her work as a voice to further advocate notions of how subjective fashion truly is. She’s channeling her inner DIY vision to bring to light a versatile fashionista odyssey with her hit creation of the “Banffer Puffer Bag” through her brand Naventi & Co.

Who Is The Fabric Queen?

Currently, Nailah is a 20-year-old sophomore at Spelman College. Since she was younger she has always had a creative spirit in being hands-on. From taking interests in painting, experimenting with tie-dye, constructing jewelry, and even making pottery sets.

Early on, Nailah involved herself in art-related instruction, which ignited much passion for design. “From first to fourth grade, I enrolled at a local school of the arts in which I took visual art, dance, and piano classes. I took one sewing class in a predominantly white neighborhood and never went back” she said.

During her senior year in high school , she fell behind in creating as she began to take on more obligations and other responsibilities. It was the pandemic that triggered her inner creative spark that she once cherished as a young girl.

Nailah said, “I had a lot of extra time to focus on my craft. I had a conversation with my cousin one day that sparked my creation of the First Banffer bag.”

The creation of the Bannfer bag rather set the tone for much of Naventi & Co. The puffer bandana bag quickly became a lead signature piece for the brand. Nailah began to find the courage to expand into more custom garments, bags, and other areas of manufacturing.

“No one ever believes me, but I truly do have visions. I hate to make my love for creating feel like a job. So I usually only design when I feel like it. I’ll envision a product and try my best to create it.

She had minimal experience with digital sketching at first. She got better with practice over time after being gifted an iPad.

Each step of the process is tedious, but for Nailah fashion is a way to encourage individuality, creativity, and black entrepreneurship. Her ideology is that all humans are undercover artists. “All humans were born with the ability to create until society deemed art as unimportant.” Nailah said.

The Philosophy Behind Her Creative Dilemma

Nailah is a firm believer that fashion is subjective, so naturally, everybody has their style. That is the beauty of it all. However, fast fashion is rising steadily and depreciating the value behind the whole process.

“There are too many examples of small designers and brands being stripped of their recognition, value, and designs. Fast-fashion companies can reproduce their products at a cheaper cost. It’s essential that we support our locals, friends, and ensure that small designers are given the spotlights that they deserve” she said.

The infinite queen of many talents is here to offer authenticity, an unapologetic aura, and a futuristic vision for our culture of fashion. Nailah inspired by many of her fellow peers in her creative process.

Some local New Jersey creatives and brands that she looks up to can be Mary Imaj, Last of Dying Breed, Kampnine, TahabyTaha, The Ekhator Label, LILWAVE, and many other natives in the area.

“I’m surrounded by so much talent and creativity. We’re the industry” Nailah said.

Nailah is paving the way for future creative millenials by using art to elevate the youth for the better. With individuality, research and faith any dream is possible!