The Power of The Unknown! Malachi Rewrites The Rules 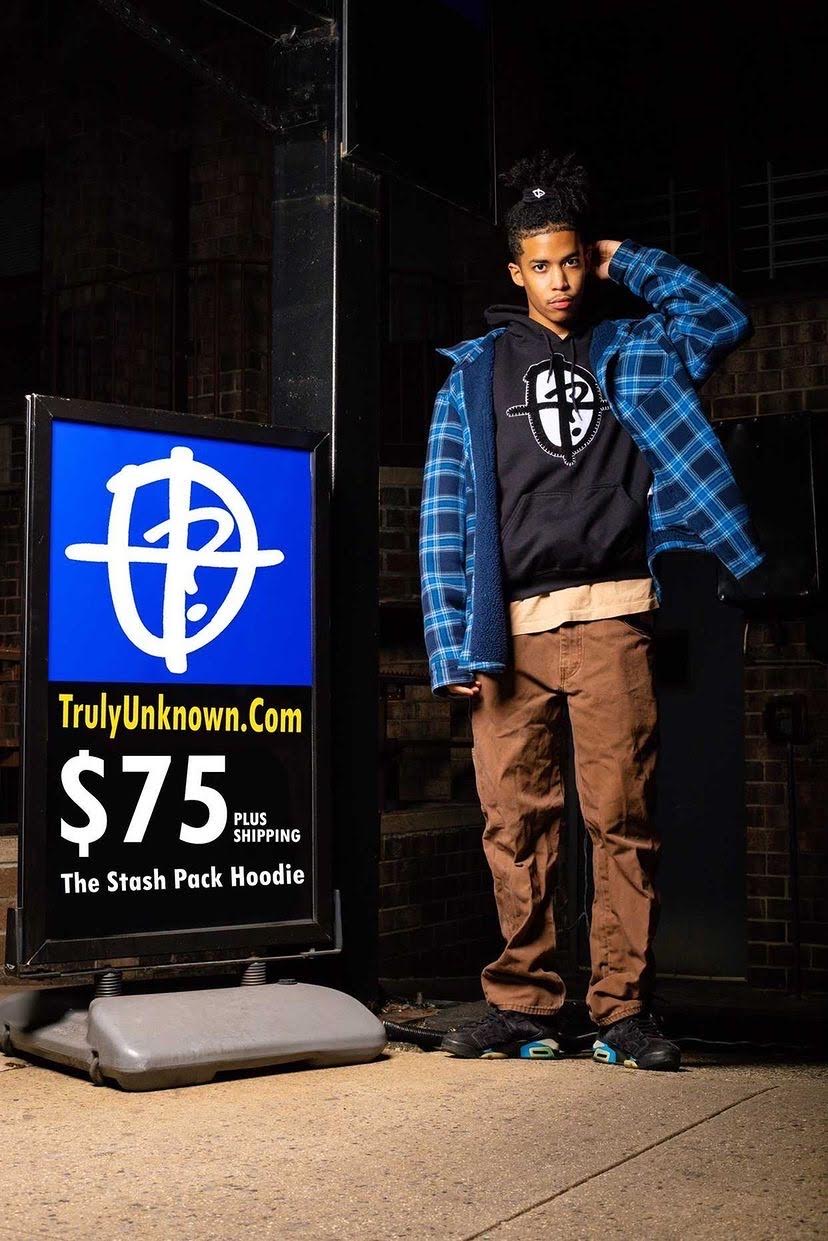 The Power of The Unknown! Malachi Rewrites The Rules

Malachi is driven by dedication and unity to promote images of authenticity and create timeless moments of creating messages greater than oneself. In the midst of us living in an era where fast fashion has become normalized, Malachi hopes to challenge this notion through his clothing brand Truly Unknown.

At a young age Malachi decided that fashion was his calling as an artist. The motto behind Truly Unknown developed solely from pure hustle when he was in the seventh grade. At this time he couldn’t really afford to style himself the way he hoped to, so he began to take the creative route by creating his own. Some of this included him drawing on t-shirts and bleaching jeans early on.

As he moved into high school, he realized he wanted to take himself more seriously and begin his brand. When doing so, he didn’t know what to call the brand at first let alone have a concept for a logo. This later inspired him to draw a question mark on paper. This began the start of an epic journey for the young designer!

With the constant idea of experimentation in mind, Malachi breaks the conventional expectations of the design process. For him, it begins after he releases a new collection when he either feels uninspired or very comfortable. Even with his pieces selling, he always feels a level of incompleteness and wants to challenge himself even further.

He is a firm believer that, “The reward for hard work is more work.” Typically after some days of relaxation, Malachi begins working on his next project with the goal in mind of working harder than his last project.

Today, Malachi continues to pursue his craft as a designer and artist. In a capitalist world that is driven by popularity over authenticity, Malachi finds a way to stand out and break this norm.

“Fashion is art. Garments are canvases, thread is paint, and designers are the artists.  If fashion is your calling, I would say it’s important to treat it as you would with any other craft. It’s a skill. You got to put in the time to see the results. You have to make mistakes, you have to fail , but most importantly you have to learn from the past” he says.

According to Malachi, being a designer is more than just producing a garment. It’s the ability to effectively collaborate with others to create a unified voice.

Malachi is on the rise to something great and believes the era for change starts here.