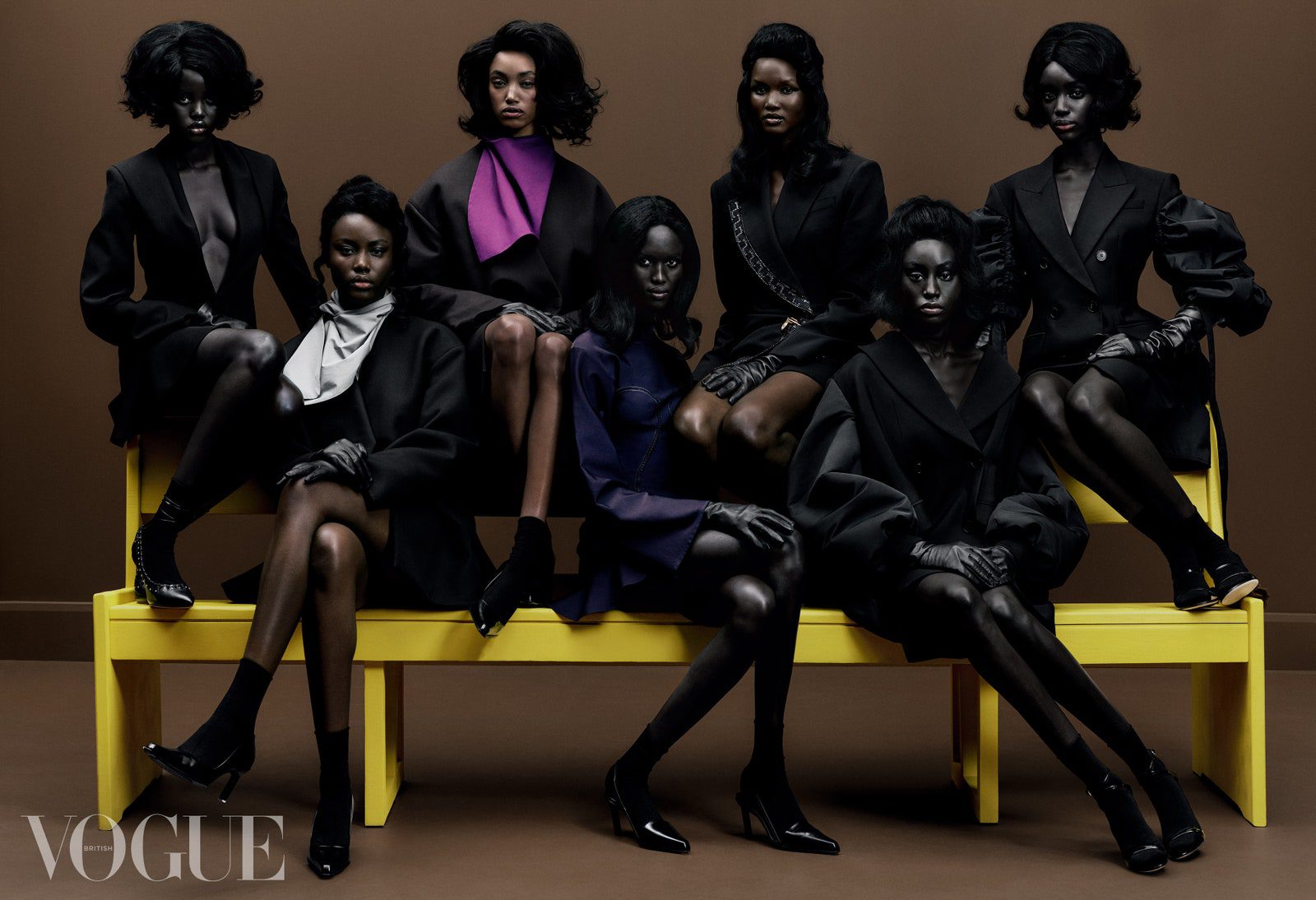 “These girls are redefining what it is to be a fashion model,” said Edward Enninful, British Vogue’s Editor in Chief. “…in the last decade, the Black model has come to prominence, I love that we are finally giving more space to African beauty.”

The February cover shoot for British Vogue took the world by storm! In the fashion and beauty industries, where there is a lack of true diversity and representation, this shoot pushes boundaries. The shoot featured nine African models: Adut Akech, Anok Yai, Majesty Amare, Amar Akway, Janet Jumbo, Maty Fall, Nyagua Ruea, Abény Nhial, and Akon Changkou. Models who redefine what it means to be beautiful and a model.

Vogue celebrated these models with roots in Senegal, Rwanda, Sudan, Nigeria, and Ethiopia as an ode to their African heritage. As a British Ghanian, Enninful felt it was his duty and brought him a personal joy to center an entire shoot around African women rather than to just incorporate “one or two dark-skinned girls mingled backstage….”

“The rise of African representation in modeling is not only about symbolism, nor even simple beauty standards. It is about the elevation of a continent. It is about economics, access, culture, perspective, difference, and wonder,” said Enninful.

The Beauty of Blackness

The shoot was styled by Edward Enninful, make-up artist Ammy Drammeh, and shot by Brazilian photographer Rafael Pavarotti with intentionality. Funmi Fetto, contributing beauty editor at British Vogue, wrote it “wasn’t about covering or diminishing the models in any way it was all about expressing the beauty of their Blackness.”

The February 2022 British Vogue cover shoot will forever be deeply meaningful for the fashion and beauty industry.