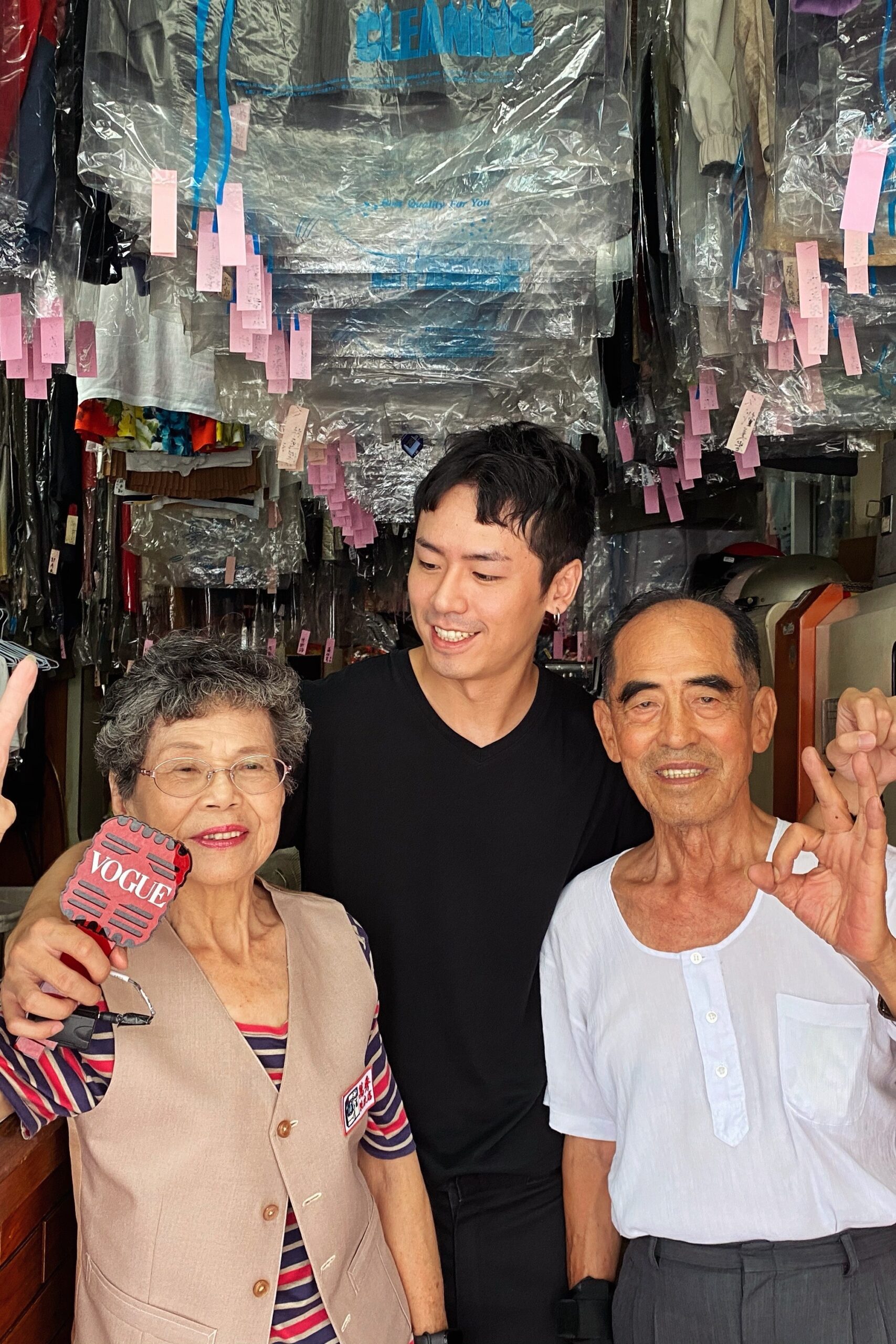 It’s pretty common that articles of clothing are frequently left unattended at laundromats. Some forgotten due to carelessness, others simply abandoned since they look outdated. Usually laundromats either dispose those clothing or hold them for their owners. In a laundromat in Taiwan, abandoned clothing finds a new life. They are modeled by the elderly couple who run the laundromat, turning them into chic fashionistas. 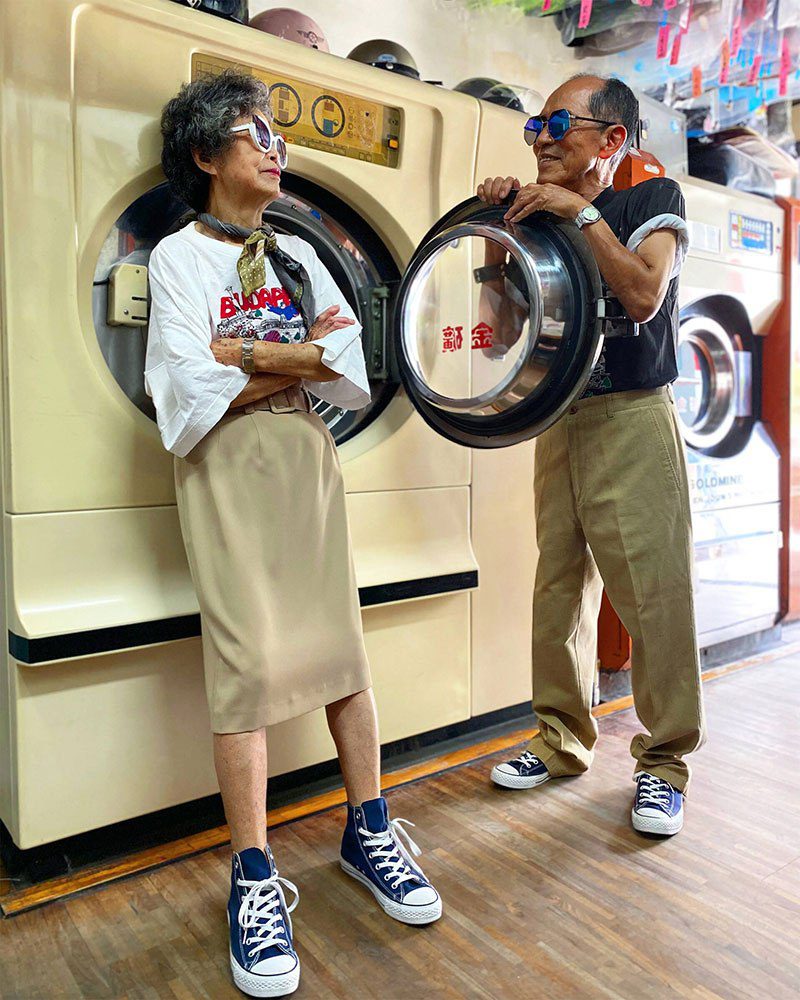 Chang Wanji and Hsu Sho-er in their Laundromat, both wearing abandoned clothing that haven’t been picked up for years. Photographed by Reef Chang.

Want Show Laundromat is owned by Chang Wanji and Hsu Sho-er, both over 80 years old. Running the laundromat is tedious work. The grandson, Reef Chang, suggested to help them pass time by taking photos of the couple posing in abandoned clothing. Reef is interested in fashion photography, he helped style Wanji and Sho-er as well as take the photos. When he started to post their looks on Instagram, they immediately went viral. In less than a month, his account gained over 600k followers. Many fans even made a trip to the laundromat just to meet the couple to hear their stories. The account, @wantshowasyoung, is derived from the homophonic of Wanji and Sho-er’s names, it states that age is not a barrier to have fun with fashion. 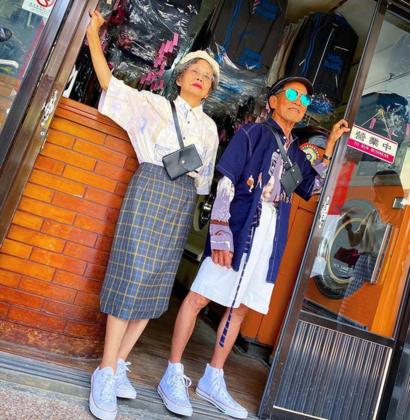 The first photo of the couple taken by Reef. Photographed by Reef Chang.

There are over 300 abandoned articles of clothing in the laundromat. Clothes such as oversized sweatshirts, blazers with thick shoulder pads, pleated skirts and converse skate shoes were also once popular when Wanji and Sho-er were young. Wanji has a love for suits, he always makes sure to wear a suit that’s carefully washed and ironed when he goes out; in the laundromat, he wears a vest and shorts for convenience. Sho-er on the other hand, was a fashionable girl when she was young; she still owns two closets of clothing from her early adulthood which looked like what 1970s Hongkong superstars wore. Reef styles the abandoned clothing with the couple’s personal closet for photos, the results are stunning. So far, most looks they have shoot are vintage street style, along with some Y2K and athleisure inspired photos. In the photos, Wanji and Sho-er are transformed into cover models. 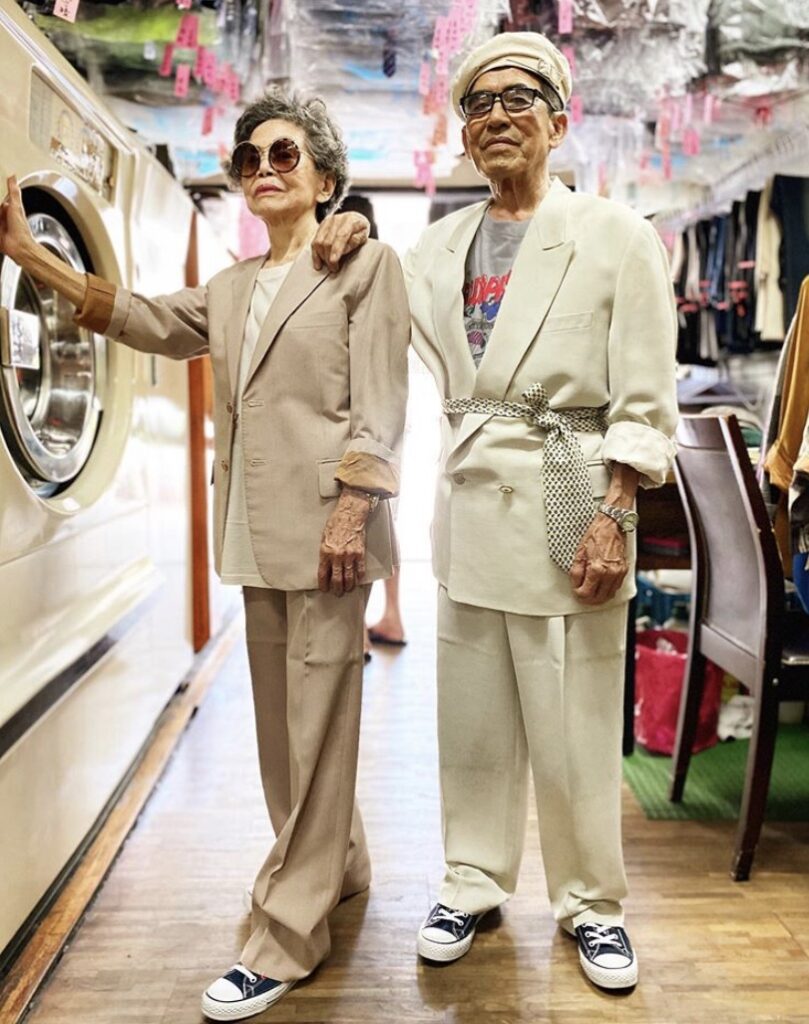 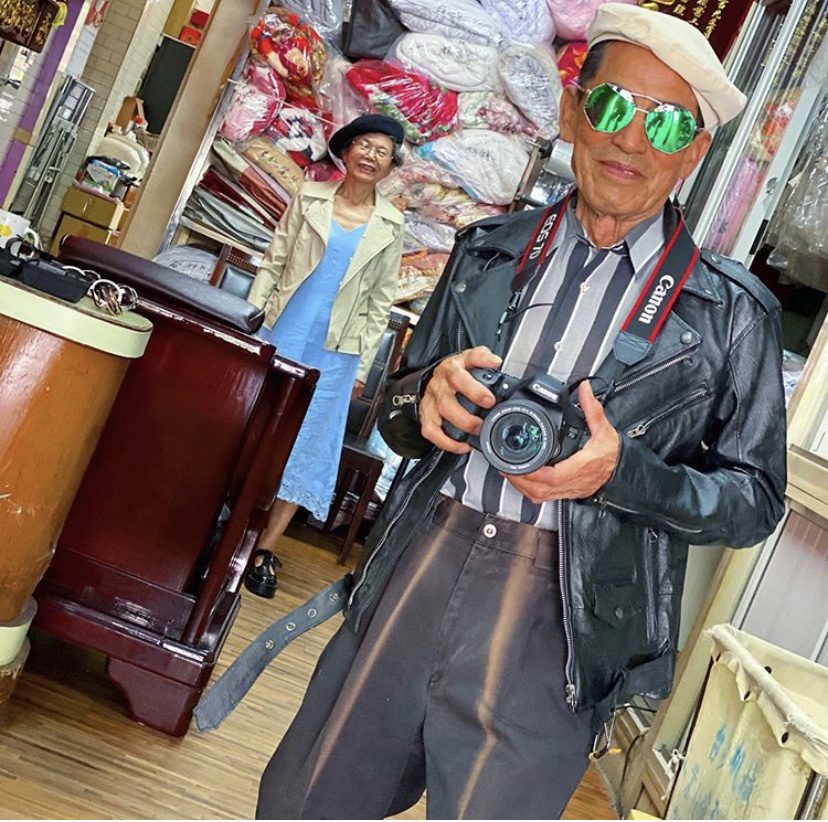 According to Reef, when he first mentioned this idea to his grandparents, they were skeptical about it. Although Wanji agreed immediately, he secretly told other family members that he thinks he’s too old to be a model; Sho-er was not confident in her looks. However, when Reef started taking the photos, the couple immediately switched to “professional model” mode. They would strike a pose before Reef realized, then ask Reef if it looks good enough. The photos show the couple’s love and deep affection for each other, even though they’re shy to admit it, says Reef.

Want Show Laundromat has been established for almost 70 years. Aside from posting the couple’s looks, Reef also shares the stories behind the abandoned clothes and a bit of history of Want Show Laundromat in the captions. With the influence of Reef’s posts, some abandoned clothes have been claimed or have found new owners. Reef hopes to continue this project, in order to show the importance of laundromats; he is also planning on including informational content such as tips for taking care of certain garments, so people can understand the value of their clothes while making a purchase.

Last but not least, Reef leaves a friendly reminder: Don’t forget to pick up your laundry!