Taipei Fashion Week SS 2021: RE:CONNEXT : Designers Are Taking Humanity As Its Concept To Reconnect With Fashion 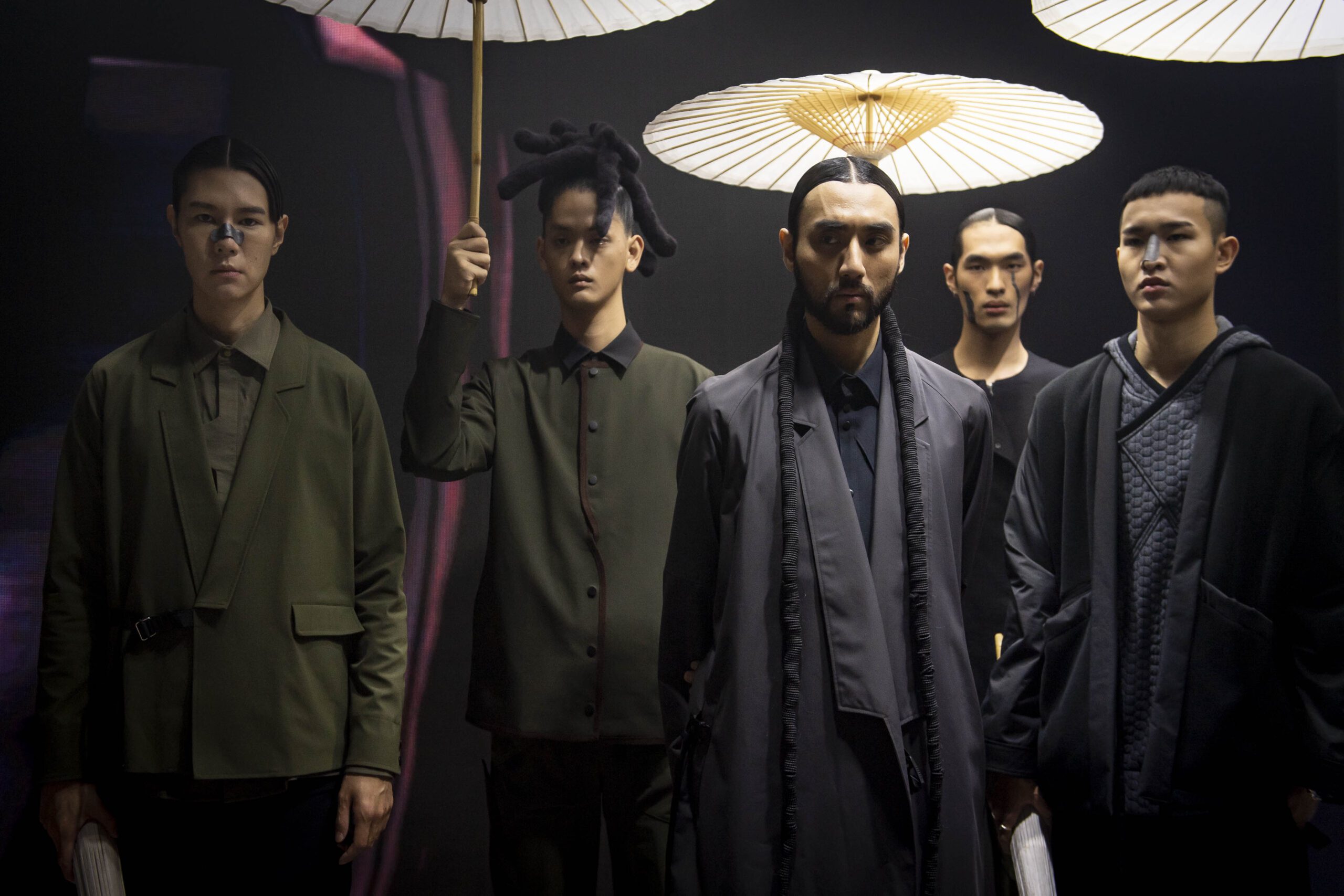 Taipei Fashion Week SS 2021: RE:CONNEXT : Designers Are Taking Humanity As Its Concept To Reconnect With Fashion

In the hopes to reconnect people during these uncertain times through the art of fashion, as well as present the industry with digital experience concepts to inspire the future of fashion show events, this year’s Taipei Fashion Week SS 2021: RE:CONNEXT brought together the classic aspects of a conventional fashion show with a number of virtual, interactive elements.

The opening of RE:CONNEXT featured an interactive exhibition, titled “Digital Terminal,” an opening show for the Taipei Fashion Week that blends the virtual and the reality, and experimental and immersive experience that took place in a dark venue complemented with interactive/ VR technologies, and other forms of performing art. Unlike conventional fashion shows and exhibits, each designer was given their own space to unleash their creativity, allow their models to freely and safely walk among the audience and interact personally with attendees.

Taiwan is a country mix of cultures and talented designers who have often studied abroad in New York, Paris, and Italy. As 2020 had an unusual beginning: the energy crisis, global warming, and a worldwide pandemic that has not only created social distances between humans but also redefined how we communicate. Designers remain true to our heritage, returning here to showcase their dazzling and original contributions to a global fashion language.”

Many of designers are taking humanity as its concept, exploring nature, sustainable textile, and the post pandemic complex matters:

“Designing a piece of garment is actually about designing the language of a society. The important key is to find a community that recognizes and resonates with your language or perspectives,” stated Damur Huang as he prepares for his #kiosk project that aims to “up-cycle” clothes. #Damur works with textile manufacturers and chemical plants to create water-proof, light and foldable clothes made by grade P2-rated protective medical materials. “We add houndstooth prints, denim flash prints, animal prints on to the non-woven fabrics with 3D printing technology to broaden the use of medical fabrics. These garments will have diversified uses, including travel and in-flight wear.” 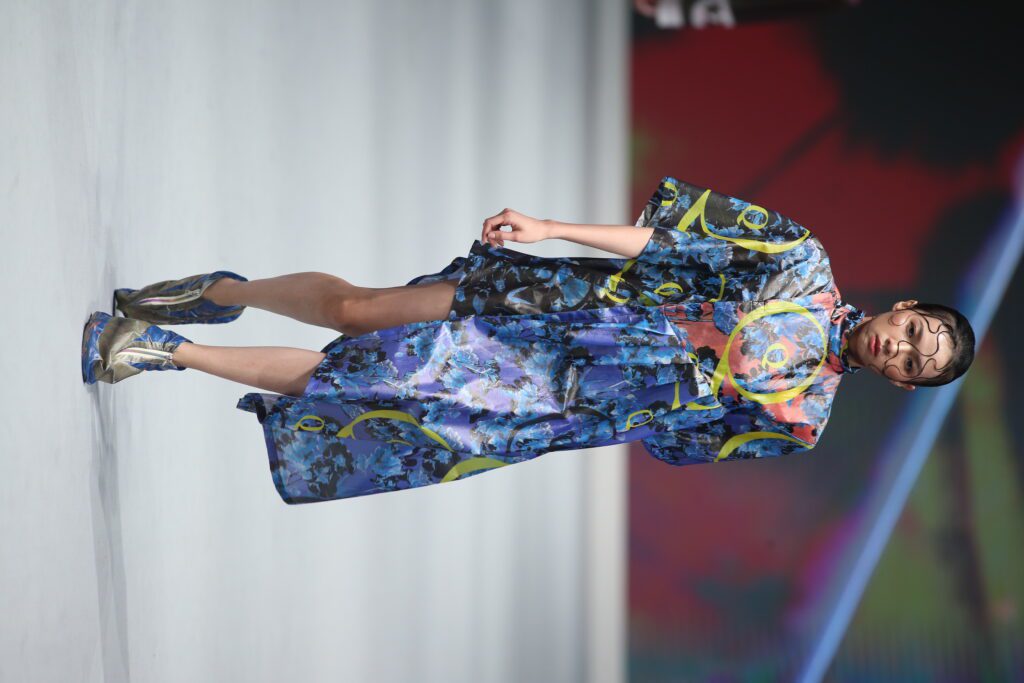 Founded by Jill Shen and her friend in 2017, the name Seivson is derived from two French words – Nos and Vies that mean we and inspiration. On SS21, Seivson using home textile, vintage prints to interpret their theme “Apocalypse” , when normal seems not to exist during the pandemic. 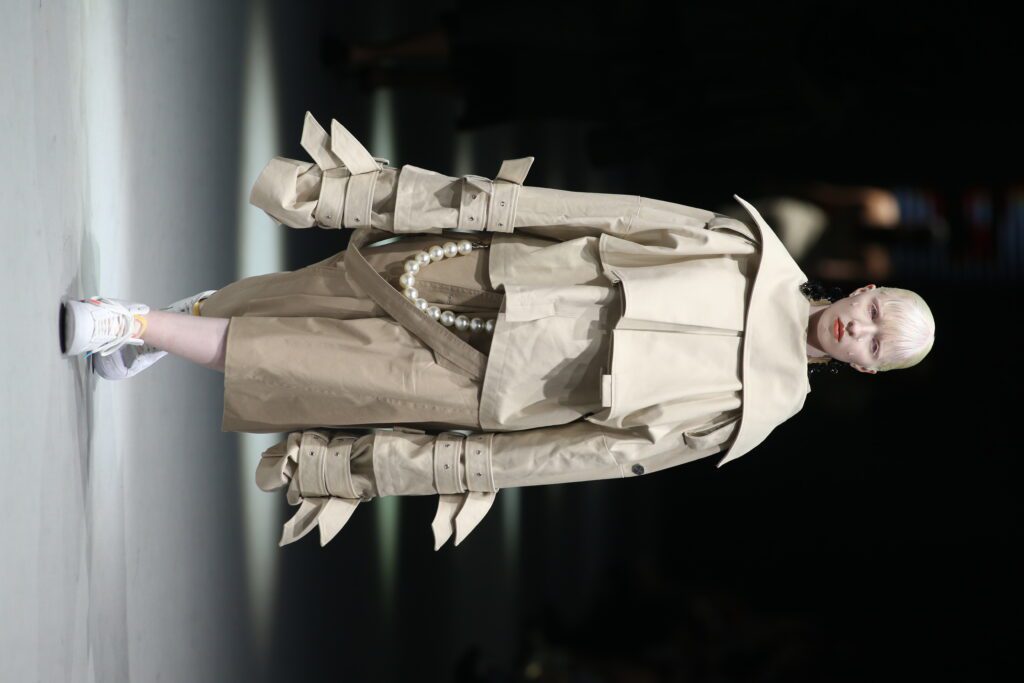 Compared to other fashion designers who were deeply passionate about fashion from the very beginning, Allen Ko of ALLENKO3 started out with interests in architecture and industrial design. Sci-Fi fictions and comics are often sources of his inspiration. He refers to his first collection Urban Odyssey that was inspired by the film 2001 Space Odyssey as an example. The evolution of men from monkey to ape and to men ignited his obsession with the human body. For the lates Spring-Summer collection, Ko highlights at the visual impact of human muscles and organs through the lines and layout of garments. 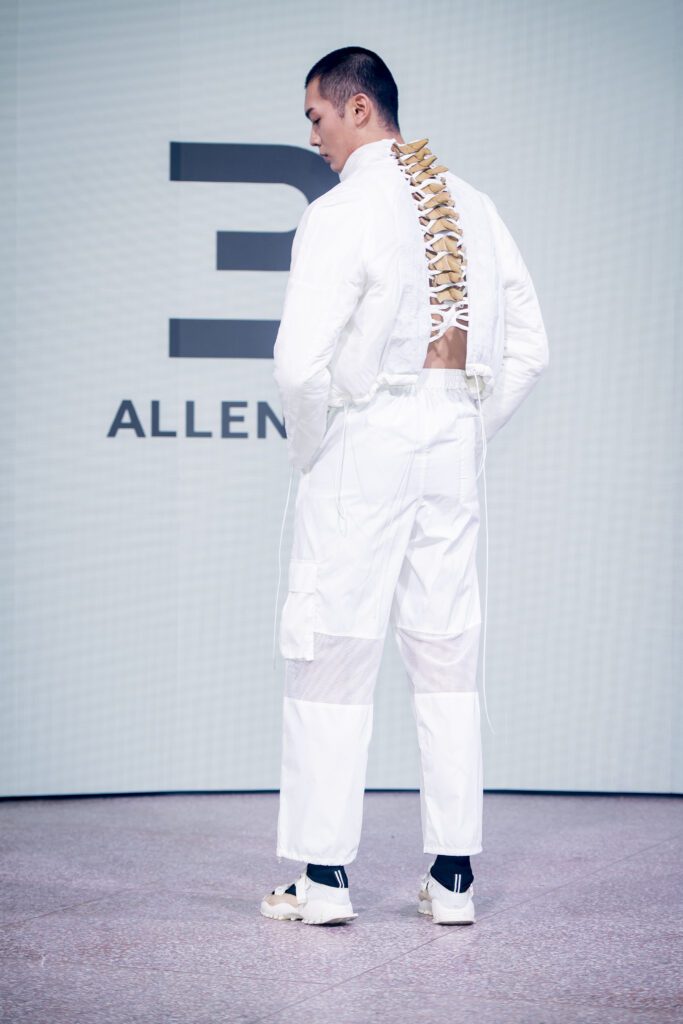 The inspiration of the SS 21 oqLiq collection comes from a prayer for favorable weather: “nature’s blessing”.The imagination of these four heavenly kings can be seen throughout the fashion show, delivering the message of nature’s blessing. The spirit of the brand echoes to windproof, functional clothing, rainproof and comfortable. The four words are used in the design of oqLiq in the concept of functional clothing as follows: 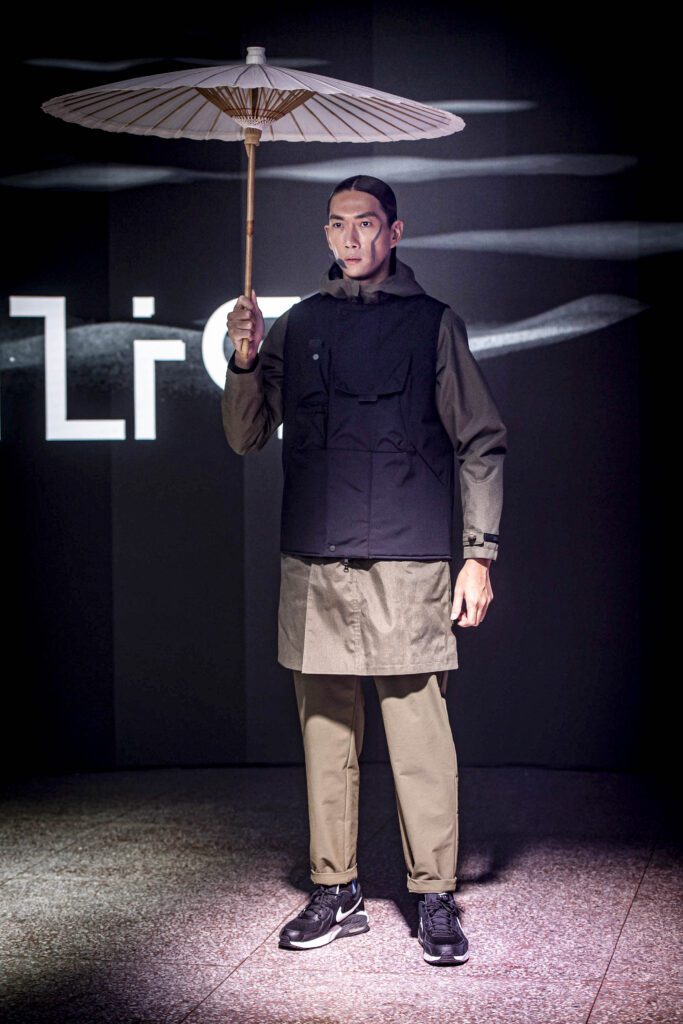 Luxxury Godbage, a sub label from JUST IN XX, offers products from reusing and up-cycling materials, second-hand garments, used accessories and vintage pieces. Chou feels the idea of luxury is to express craftsmanship in fast fashion. 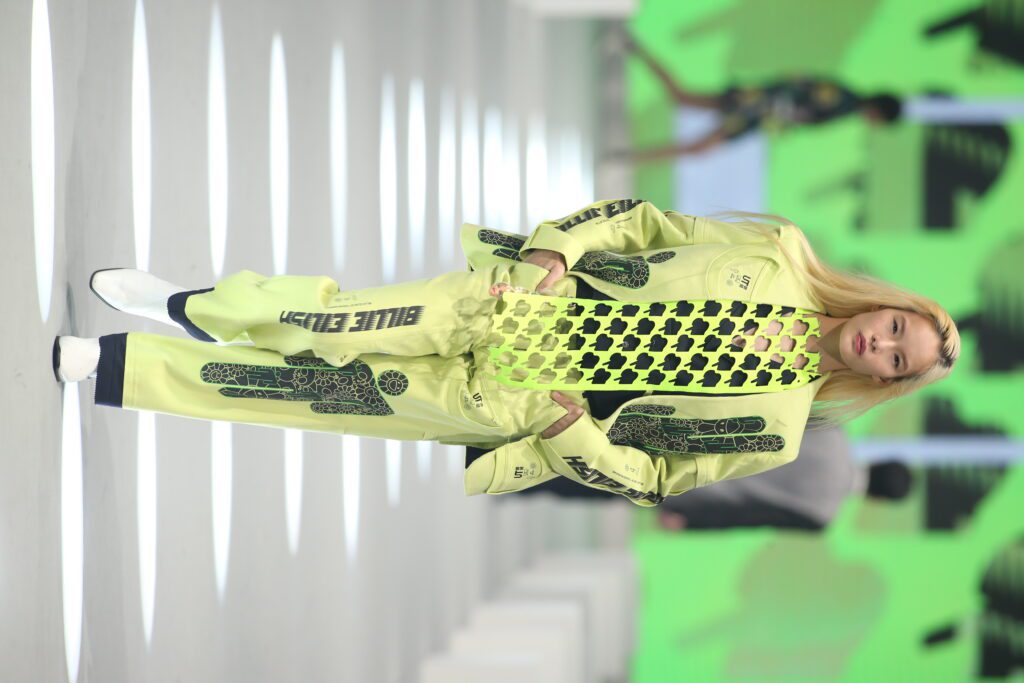 Two other themed shows, titled “Virtual Escape” and “Primitive Sense,” as well as a group designer shows. Virtual Escape had audience attendees embark on a journey into the digital realm, stepping into a transmission pod that took them from reality into a dark and infinite world constructed from the reveries of designers. Primitive Sense evoked a primordial wisdom of ancient times, where humanity suffered but also persevered.

Organized by the Taiwan Ministry of Culture, Taipei Fashion Week promotes the development of the Taiwanese fashion industry and Taiwanese designers. The event has established aims to increase recognition of Taiwanese brands, strengthen Taiwan’s global expansion in the fashion industry, and expand the influence of the country’s fashion culture.