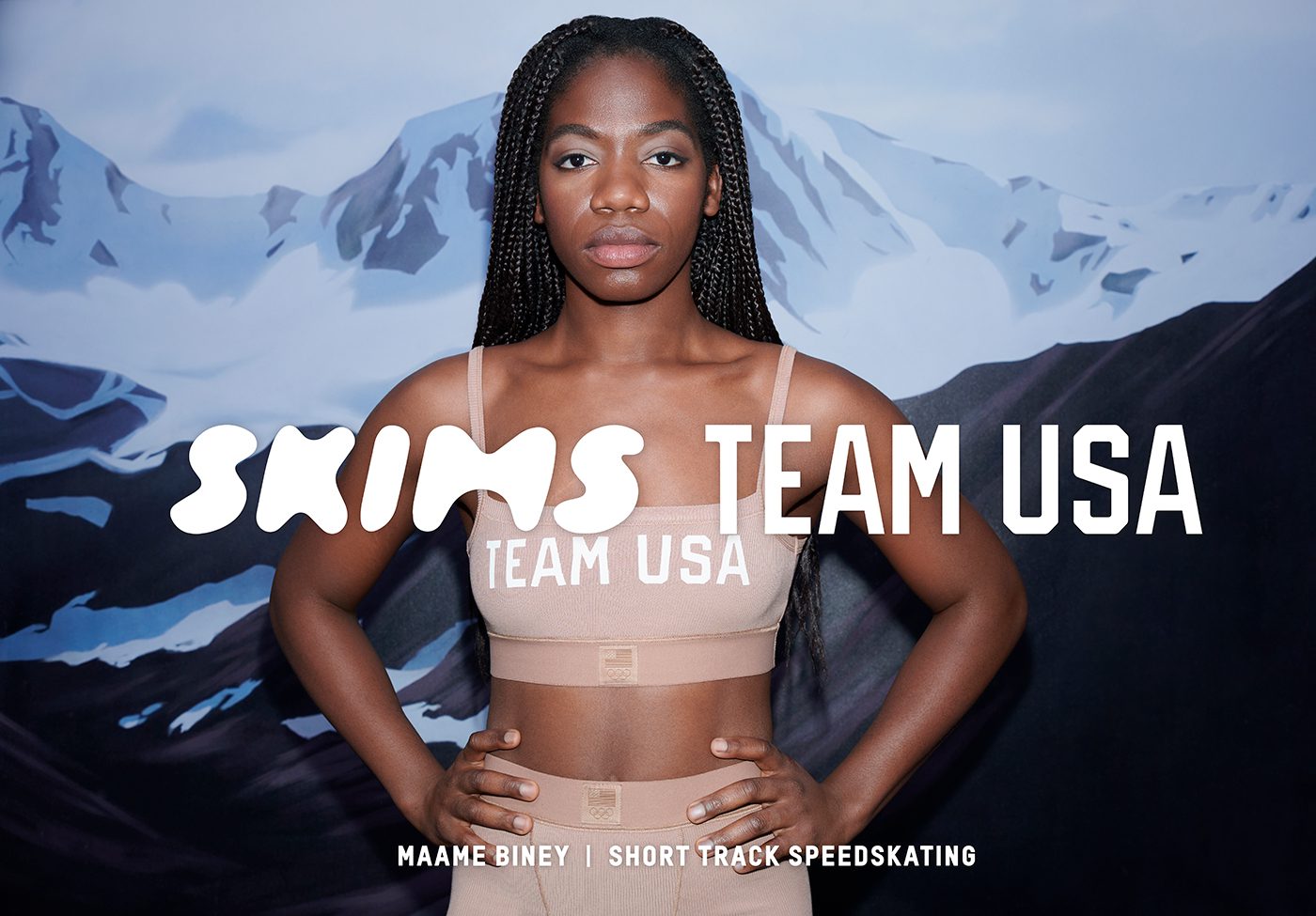 Olympic athletes may be feeling the pressure in anticipation of the games, but at least they’ll be arriving in style, thanks to Kim Kardashian and Skims’ new capsule collection, Skims Team USA.

Kim Kardashian announced last year that her accredited loungewear brand will be the official underwear and loungewear partner for the female Team USA athletes. While Ralph Lauren has been the official dresser of Team USA with Nike providing athletic garments for them to use too, it is not uncommon for teams to have official underwear partners. Furthermore, with the rise in athleisure in society, the partnership with Skims reflects the progression of clothing that can be used in many aspects of everyday life.

The capsule collection mirrors the Summer Olympics pieces but catered more to the winter season. All the text on the pieces is colored in red, white, or blue with the official Team USA and Olympics logos appearing on the garment. While the Summer Olympics collection was mainly colored, this new Winter Olympics capsule has a more neutral color scheme with blue, grey, cream, and nude browns. In addition to the cozier colors to mimic the colder weather, the collection also features different fabrics for more cozy comfort; Skims’ best-selling Cozy boucle-knit fabric. Both the Winter Olympics and Paralympics collections consist of athletic flag socks; tops, boxers, and leggings sleep shirts, underwear, and joggers from Skims’ ribbed and cozy knit lines; a tank dress; a bralette and sleep pants; and a hoodie.

Kim Kardashian teased the new collection on Instagram to her millions of followers alongside many Olympians who showed appreciation on social media. This brought even more attention to the new collection, especially with Skims’ ever-growing popularity for loungewear and underwear. Furthermore, when the capsule was released, its campaign starred multiple Winter Olympics athletes such as Chloe Kim, Oksana Masters, Madison Chock, Aja Evans, Maame Biney, and Amber Glenn. The campaign was shot by Vanessa Beecroft with a winter mountain scene as the backdrop of the photographs.

Kim Kardashian explained in a statement that the “collection of lounge and sleepwear was designed with these inspiring women in mind, and I’m so proud that Olympic and Paralympic athletes will be wearing Skims again during their downtime,”. The anticipation for the games and the popularity rise of Skims amongst mainstream fashion has brought lots of attention, and revenue, to the brand’s collections. While the pieces may not bring you to the Olympics, it is nice to have that commonality between athletes and non, especially in clothing as comfortable and flattering as Skims.

The collection is available to purchase through retail on the Skims website.