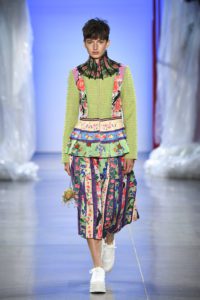 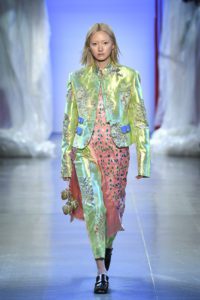 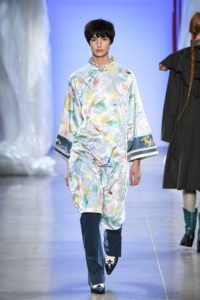 This Season opener for New York fashion week was MUKZIN in starting NYFW on the right foot. The Collection was filled with the deconstructs of the majestic and myriad Chinese traditional culture. These original modern costume designs bring about a neo-orientalist aesthetic language in a brand new dimension. Since founding MUKZIN, Han has been invited to join in the opening show of Shanghai Fashion Week for three consecutive years. In 2017, Han won the Pioneer Designer Award from the Asian Fashion Federation. Han launched MUKZIN 2018 AW collection “Jade in the Shadow” series in Paris and gained extensive attention from the fashion industry. And This season Autumn / Winter 20 collection resonates with the designs embody the “traditional yet rebellious” spirits.
The vibration hues and regal designs that filled runway left crowd please and looking forward to what MUKZIN has in store for the future. The brand MUKZIN are the representatives of the contemporary oriental aesthetics. 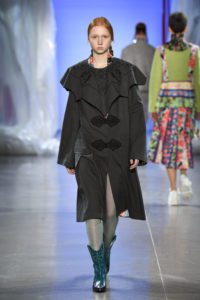 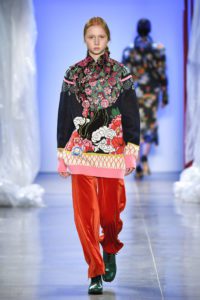 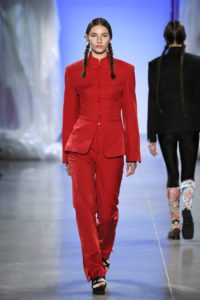