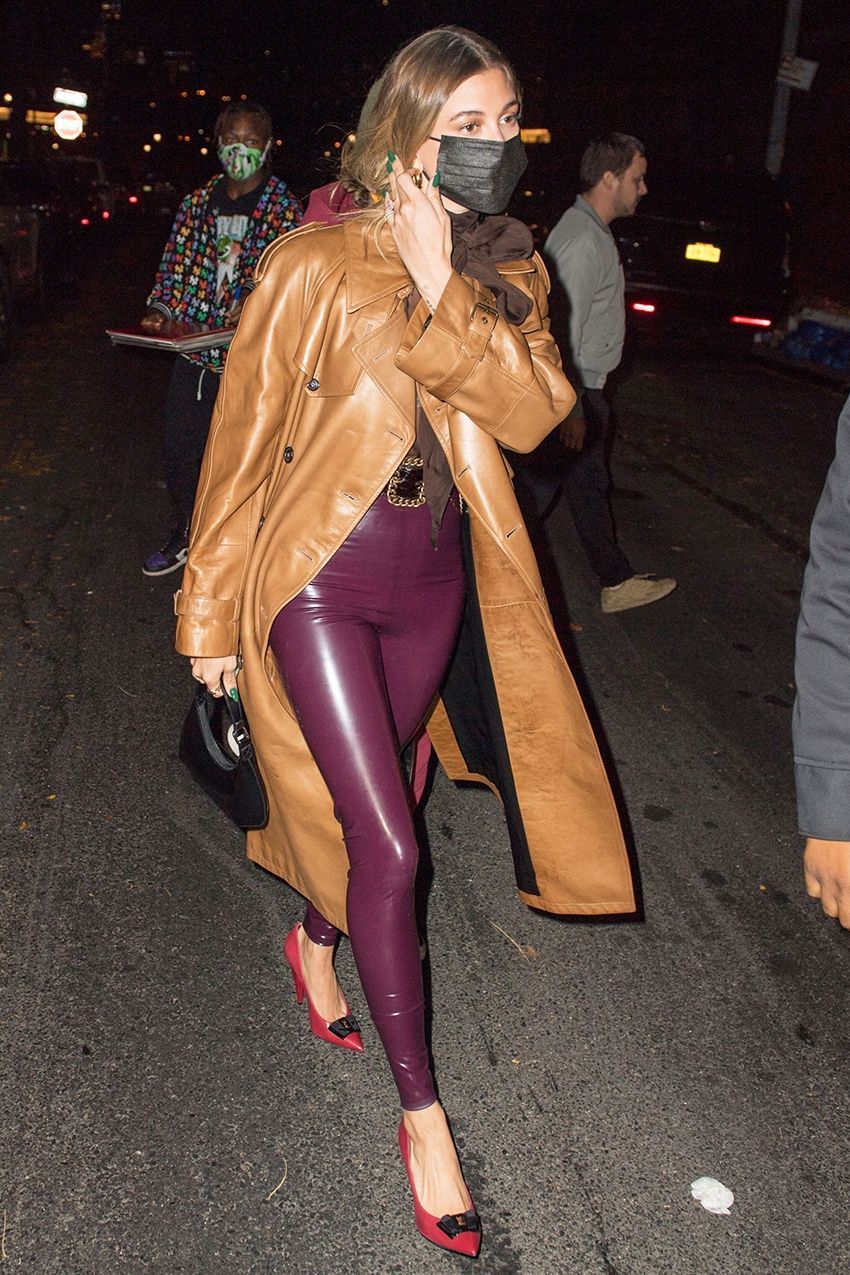 A glistening trend is marking its territory in 2020. Sprouts of latex has blossomed in streetwear and high fashion during the spring and summer, and is stretching its reign into the fall of this year. Latex is a powerful and daring fashion statement that can add a punch of charisma to any ensemble. 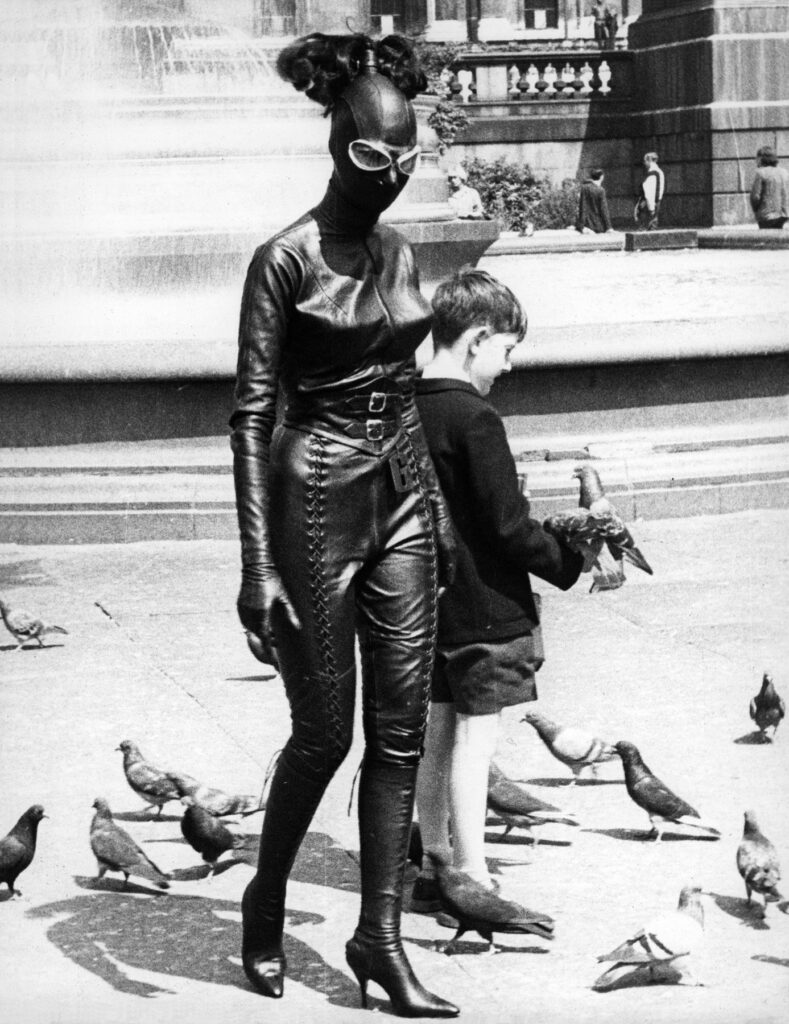 The latex trend is a classic, and dates back to the early 19th century where its intention was to be made as protective gear for war and medics. Items such as gas masks, gloves, Wellington boots, etc. were often crafted with the shiny fabric. In the 1950s, British designer John Sutcliffe, the creator of the first catsuit, developed his clothing company AtomAge with the purpose to design a waterproof leather suit to protect motorcyclists from harsh weather conditions. He experimented with combining leather, vinyl, and rubber to perfect his water resistant latex fabric. 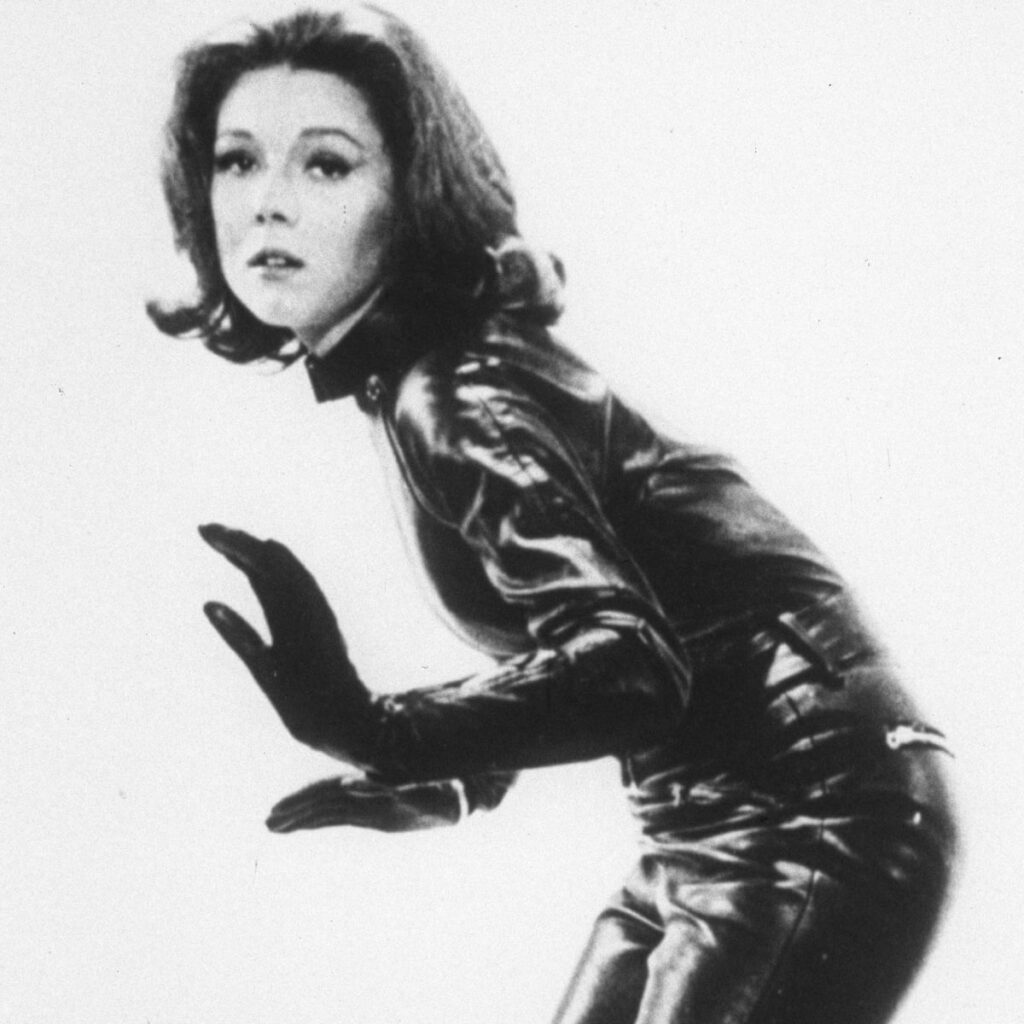 In the 1960s, his designs grasped the attention of Hollywood, and inspired the catsuits for the character Emma Peel in “The Avengers” TV Series. The connotations for latex leather in fashion has evolved overtime. It became a symbol for the fetish community in the 1970s which was influenced by John Sutcliffe’s raunchy designs featured in his AtomAge Magazine. The punk rock scene also took like to the brazen trend in the 70s and 80s, and soon flooded the club scene. In the 90s, latex became heavily associated with heroism which made appearances in timeless films such as “Catwoman,” “The Matrix,” “Charlie’s Angels,” “Batman” and many more. 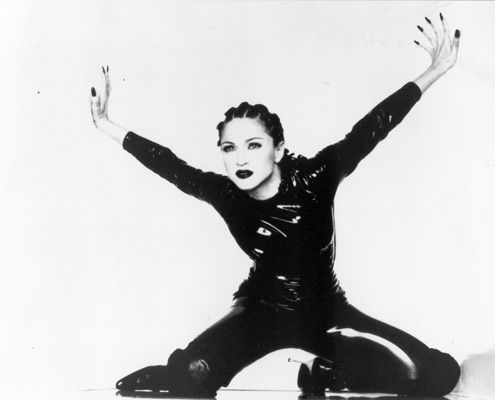 Since the late 90s, latex has grown to symbolize female empowerment notably bitten off by artists in the music industry. For Madonna’s 1994 “Human Nature” music video, she opted to sport the fabric to further communicate the message that she’s not sorry for her provocative image when it comes to expressing herself through music. Also, the female music group The Spice Girls, who embodies the message of  “girl power,” wore latex fabric in their iconic “Say You’ll Be There” music video. 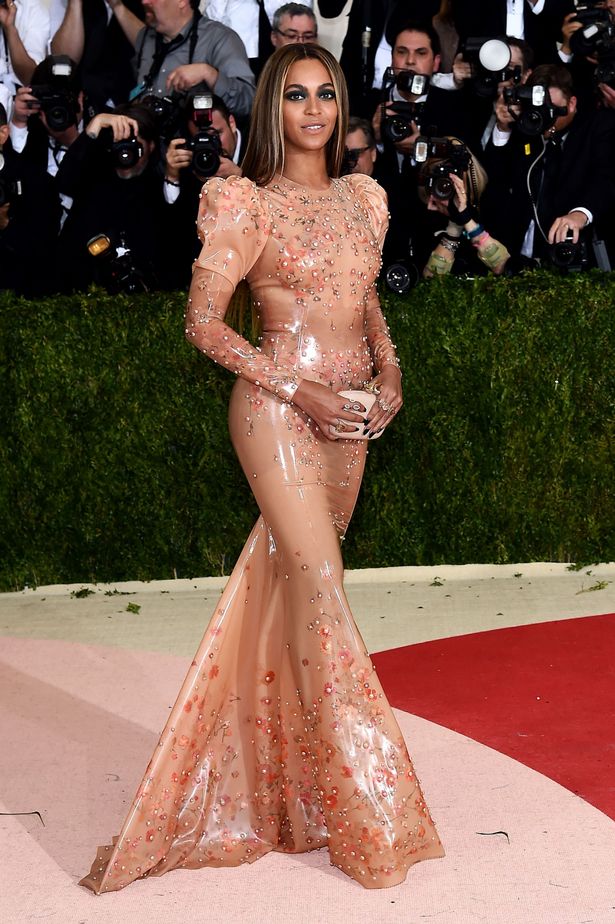 Recently, in the last few years, latex has reappeared in high fashion. One of the fabrics most remarkable moments was during the 2016 Met Gala. This is when Beyoncé emerged on the red carpet dripped in a nude colored Givenchy latex dress that turned heads and flooded news headlines for days. This moment seemed to capitalize the idea that latex can be high fashion, and extend beyond just being worn in the fetish community. 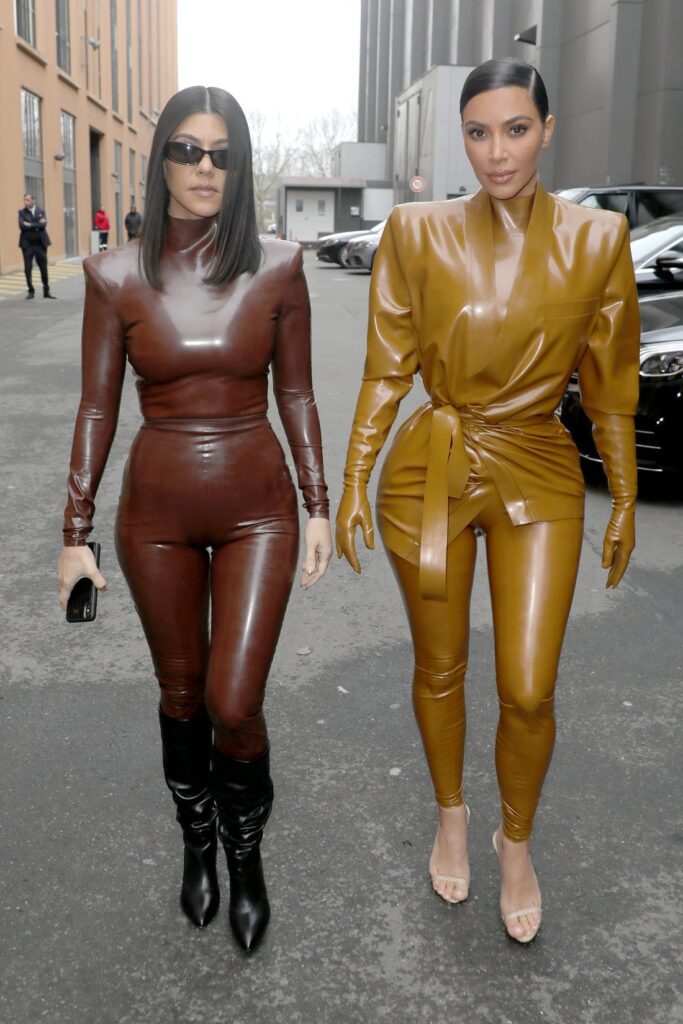 Latex has also recently surged into streetwear, especially in 2020 fashion. The trend has been worn more casually in women’s fashion, and often has been seen in the form of pants, jackets, shoes and more. The fall is booming with the trend, and is expected to stay throughout the upcoming colder months due to the insulation the fabric provides from nippy temperatures. Latex is here to stay in fashion as the trend is constantly evolving and reaching new heights in the industry.