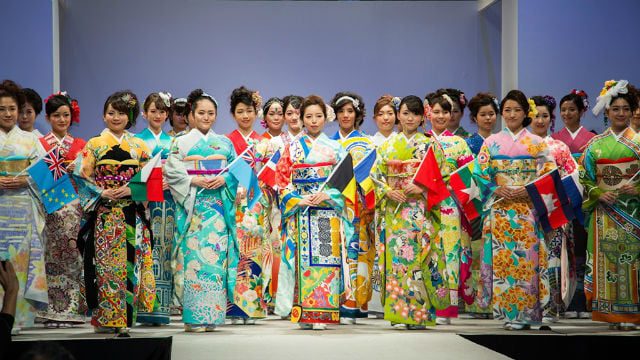 Due to the worldwide pandemic, the 2020 Tokyo Olympic Games is put off until 2021. Recently, Japanese General Corporate Imagine One World announced that the last kimono of the “KIMONO Project” is completed. The “KIMONO Project” has been promoted for 6 years. According to Japanese officials, its purpose is to show a gesture of friendship and peace towards countries and refugee athletes attending the Olympics. The project consists of 213 handmade kimonos, inspired by each country’s culture, history and scenery. Each kimono is created by a different artist or studio using traditional handweaving and dyeing techniques. The production  of each kimono costs roughly 1 million yen, it will be covered by donations from domestic and foreign individuals and companies. “KIMONO Project” will be shown during next year’s Olympic Games and at 2025 Osaka and Kansai Expo.

Let’s enjoy some of those kimono designs.

The kimono of Japan is designed by the long-established Kyoyuzen store “Chiso” (Kyoto). Under the concept of connecting the world, they featured a “bunched Noto pattern” in red over the white base. The pattern is printed with flowers over it, which represents the 47 prefectures in Japan. 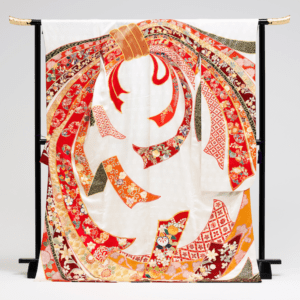 On a jet-black background, there is embroidery of a dragon resembling the Great Wall, peony and plum blossoms, bamboos and clouds in various colors. A panda is added as a playful accent.

The color of the obi (belt) is inspired by the colors of Tang Sancai pottery. 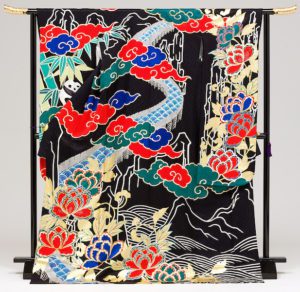 The kimono design for the UK takes heavy inspiration from British literature and film, including Hamlet, The Dream of Midday Night, Alice in Wonderland, Sherlock Holmes and 007. Along with the River of Thames, Big Ben and London night view.

The obi consists of national flowers of England, Wales, Scotland and Northern Ireland. 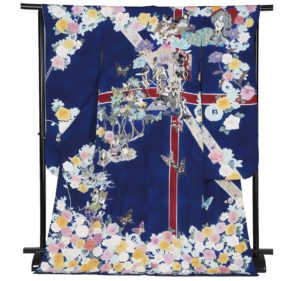 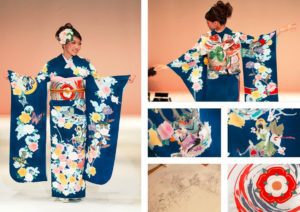 The concept of “United States” is expressed by state flowers of the 50 states. Other elements on the kimono are inspired by American culture, such as baseball, American football, the Statue of Liberty, Hollywood, the Apollo Program etc.

The patterns on the obi takes inspiration from the stripes on the national flag, with olive branches held by the bold eagle. The designer of the obi wishes the US to lead world peace. 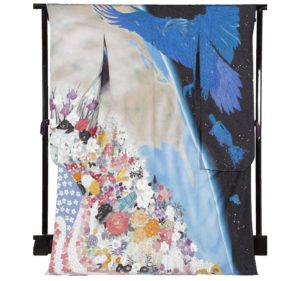 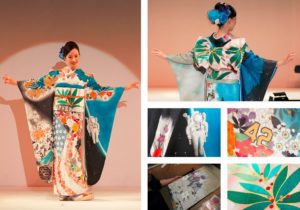 Italy’s kimono depicts the prosperity of Renaissance, the design contains the interior of major architecture and churches of the period. 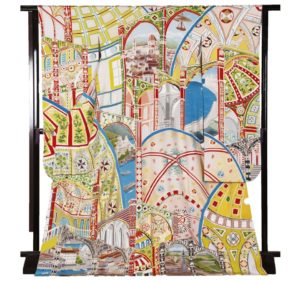 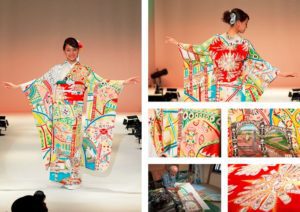 Drawing Germany’s national flower, the Yagiku chrysanthemum like gear and expressing Beethoven’s “Moonlight” in the form of synth waves. The kimono depicts Germany as a nation where heavy industry and classic culture co-exist in harmony. 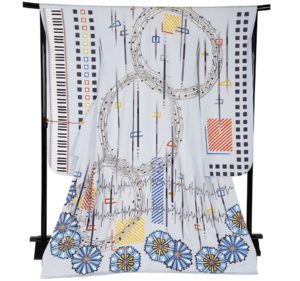 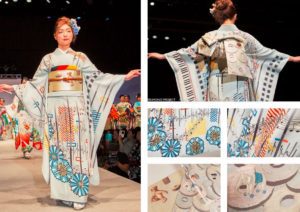 As the birthplace of the Olympics, the civilizations of Athens are beautifully represented. On the blue background, there is the Parthenon, Greek letters, olive branches and the owl, symbol of intelligence.

On the obi there are classic Greek columns interlaced with acanthus leaves. The obi is hand woven with a special thread. 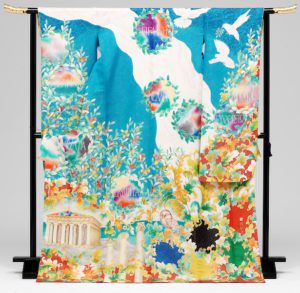 On one side there is a papyrus field, on the other side is Horus, hieroglyphs and the Giza Pyramids, showing the fellowship of heaven and earth. The Pyramids are composed of Egypt’s national colors. 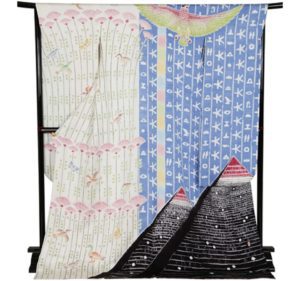 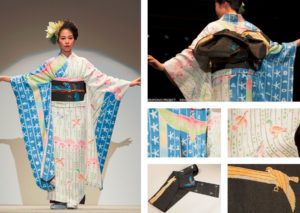 As the fourth largest island in the world, 90% of the inhabitants of Madagascar are endemic. The focus is on providing “a paradise of plants and animals” according to the designer. A ring-tailed lemur, a panther chameleon, a barn owl and a poinsettia can be spotted. The major composition is the sun rising by the baobab silhouette, the swarm of butterflies celebrating a new day. 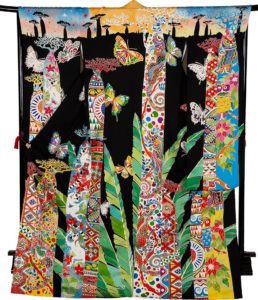 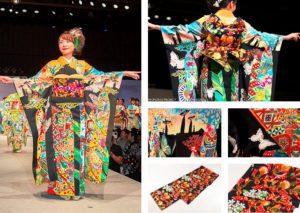 Australia’s kimono is composed of yellow and green, with aboriginal art, Sydney Opera House and local species. The whole composition is playful and whimsical. 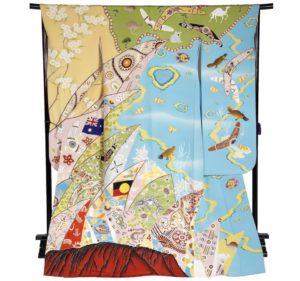 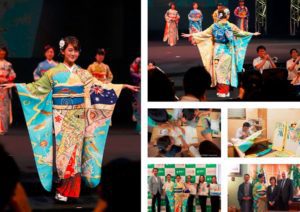 Nature themed, Brazil’s kimono is skillfully composed with Japanese aesthetics. Bougainvillea and coffee flowers make up rings of garlands, the parakeet, national bird of Brazil is boldly drawn like a phoenix. The extended feather like brushstrokes mirror the enthusiasm of Rio’s Carnivals. 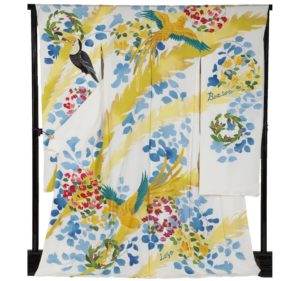 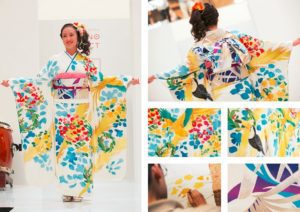 Imagine One World thoughtfully had a kimono designed for the refugee team, as a gesture of welcome. The kimono has a simple white outer surface with a torus pattern woven into it, however the lining has a bold and colorful design. It’s a work with energy and dynamism in the image of “Tree of Life”.

On the obi, the tree of Ying and Yang is woven, with colorful stripes woven on the other side which refers to diversity. 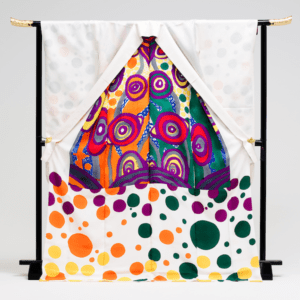