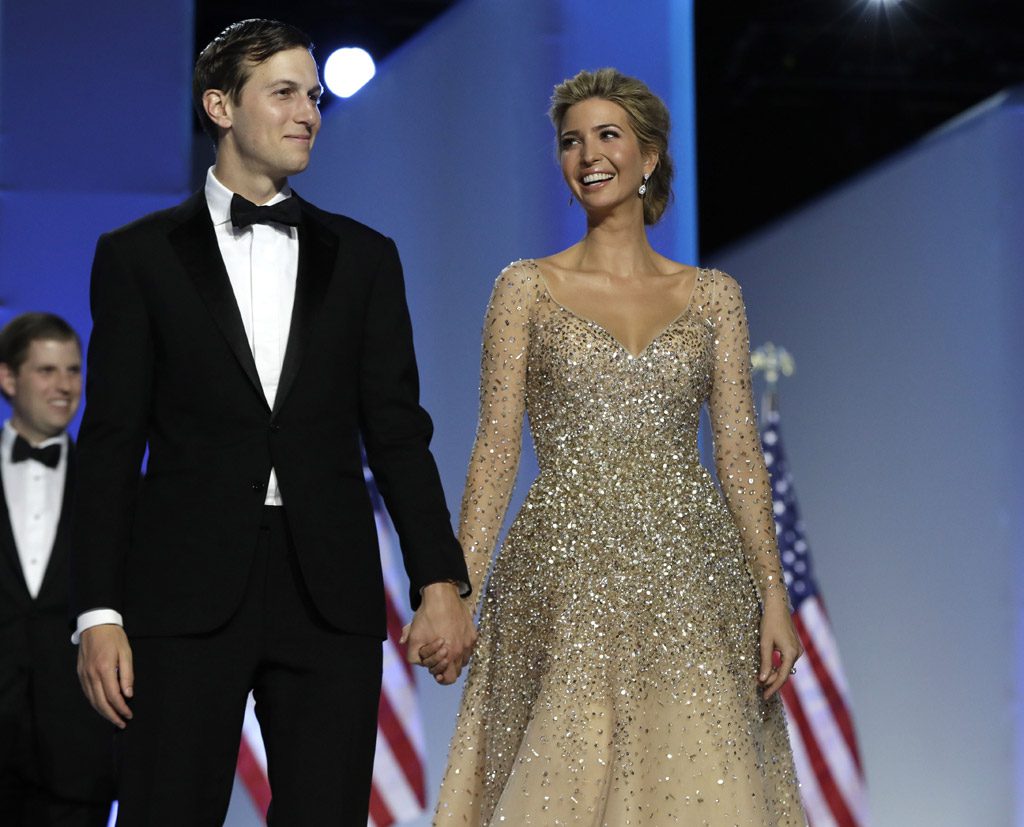 “All the dress shops are sold out in Washington. It’s hard to find a great dress for this inauguration,” President Donald Trump commented in an interview with The New York Times a couple of weeks ago.  The Washington Post proved that there were, in fact, still formal gowns to be found in D.C., and yesterday’s inauguration and the festivities that followed showcased an abundance of glamour.  To the Liberty Ball, Melania and Tiffany Trump wore the designs of Hervé Pierre and Simin Couture respectively, but one particularly sparkly gown was a show-stopper — Ivanka Trump’s. 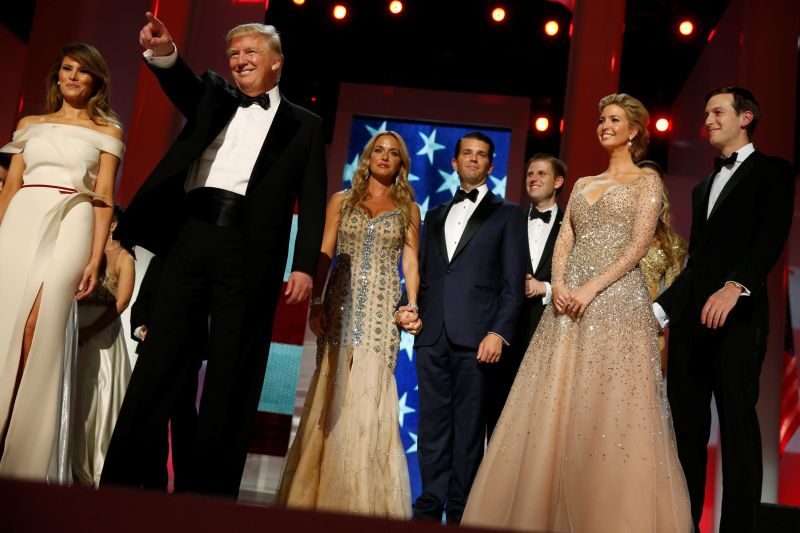 Wearing a piece by Carolina Herrera, Ivanka dazzled in a floor-length jeweled gown.  The dress featured a wide V-neckline and an abundance of crystals that were both dotted on its sheer sleeves and clustered toward the center. The cinched waist gave way to a tulle skirt, an elegant touch that, if you didn’t know better, would have convinced you that she was attending the ball as a princess rather than the daughter of the President of the United States. 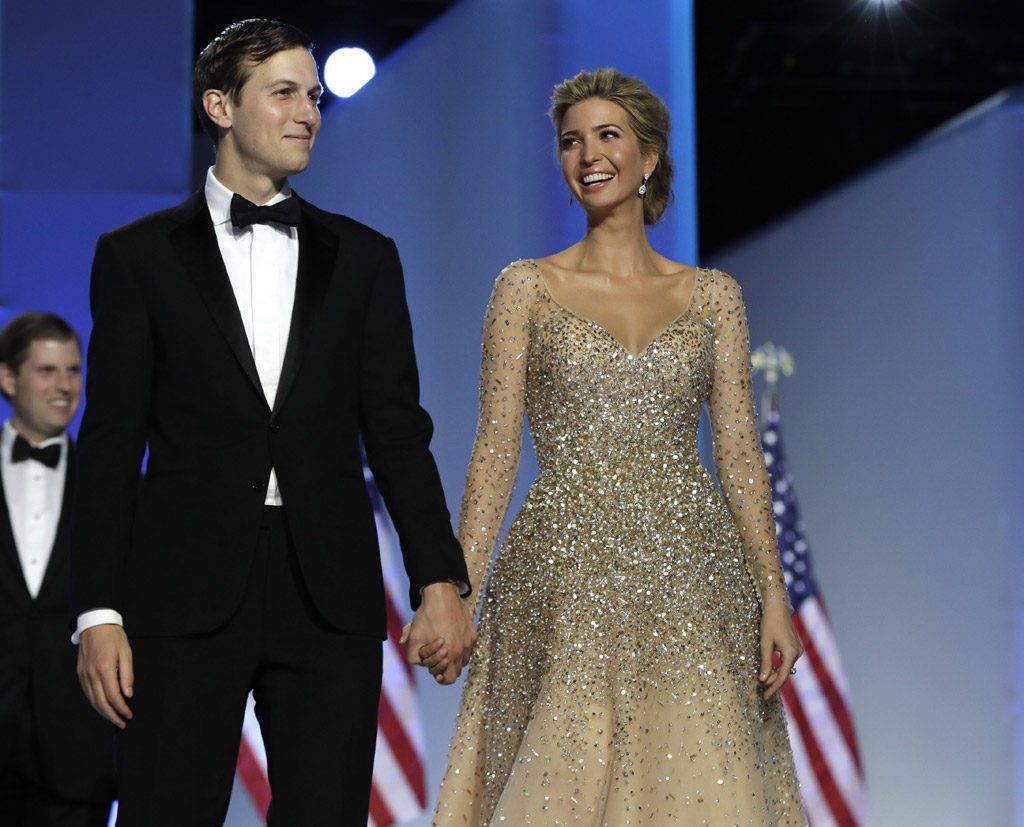 Throughout the day’s ceremonies celebrating her father’s inauguration, Ivanka Trump rose as a fashion prowess through her elegant ensembles.  Notably, she wore the design of Oscar de la Renta to the inauguration ceremony; a modern, asymmetrical pantsuit adorned with a single American flag pin. 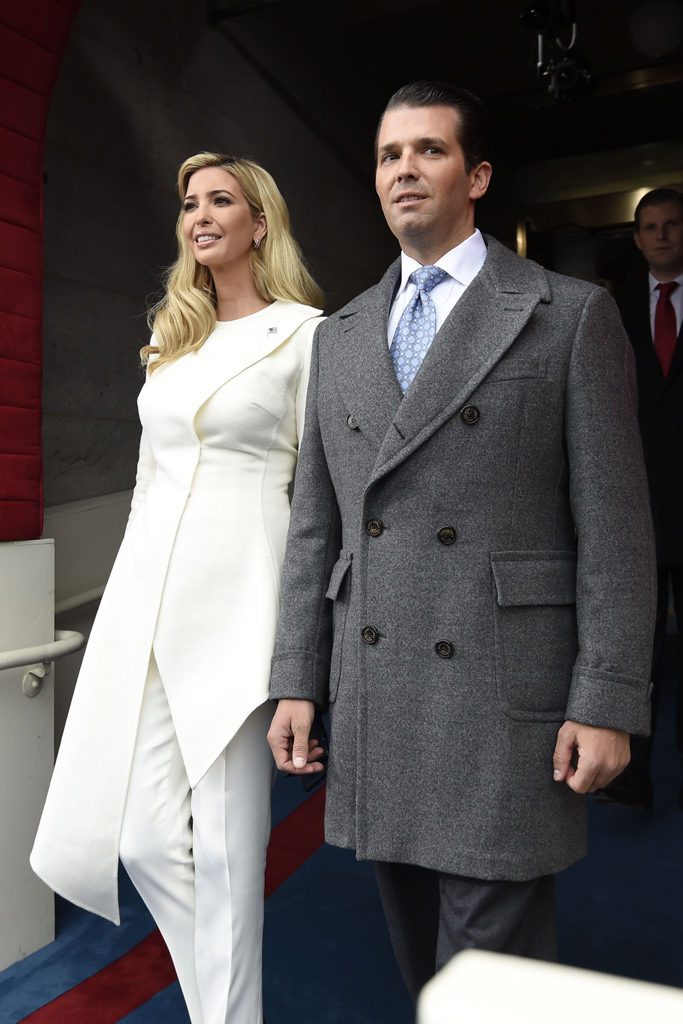 However, her sense of style isn’t a newfound fashion savvy — she’s been a part of the fashion scene since the late 90’s, gracing runways, magazine covers, and ad campaigns: 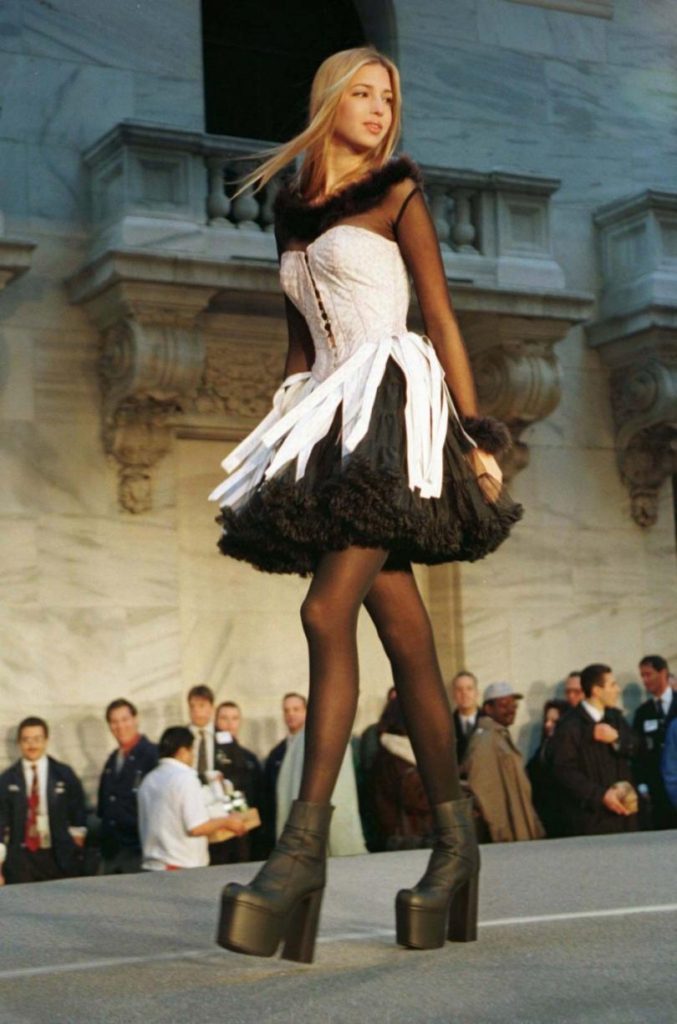 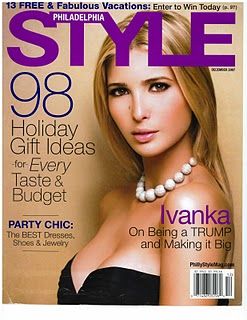 Ivanka Trump on the cover of Philadelphia Style, December 2007

Her website even features a section dedicated to style. 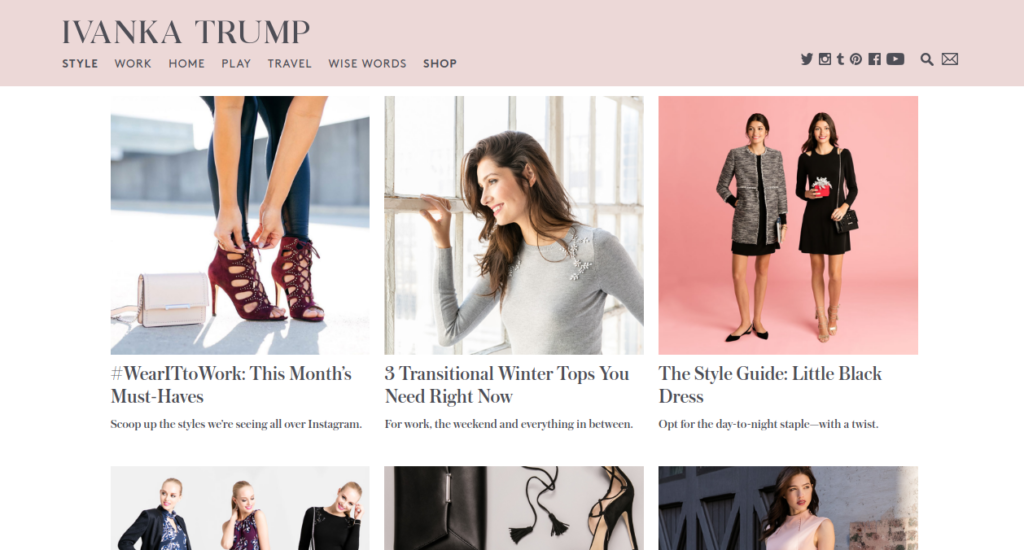 Despite political affiliation, at least one matter can be agreed upon — Ivanka Trump is a fashion force to be reckoned with.