Influential Sex and the City Looks

Influential Sex and the City Looks

It has been close to three decades since Sex and the City first spiraled its way onto our television screens. 2019 roles in and we are (still) looking to Carrie, Samantha, Charlotte, and Miranda for fashion choice inspiration. It’s hard to imagine a time before the show as I still find myself subscribed to Amazon Prime, just ta watch reruns. Between NYC street style and the catwalk, the fashionably daring sitcom still, in this day and age of Fashion Instagram and gender neutral clothing, Sex and the City is still ringing into our wardrobes. Styled each time by Patricia Field, every one of Carrie’s outfits was meant to reflect the opulence and chaos of the star’s worlds. “We were telling the stories and showcasing the characters through the way they dress. It’s a storytelling situation,” the costumer tells Fashionista in an interview. So here are 7 Sex and the City iconic pieces that, we believe, started it all, making an impact in pop culture in a way that only fashion can achieve.

I have to have a Fendi Baguette, not a bag, a baguette. If it wasn’t for Samantha abruptly, practically attacking a bunny at the Playboy mansion who she assumes has stolen her Fendi bag I’m really not so sure that I would be as passionate about making the small accessory a hallmark in my wardrobe. Though small in size, delicately subtle with the iconic F logo interlocking the bag – barely able to hold your phone, wallet, passport, and minimum amount of cosmetics,it makes any outfit feel and look expensive. Back in 1998, the year of the show’s first season, Valerie Steele, who is fashion historian and director of the Museum at the Fashion Institute of Technology explained to The New York Times, “Clothes are sort of anonymous. You make your fashion statement now with the bag.” And right she was.

Carrie Bradshaw, played by Sarah Jessica Parker, gave the Spanish shoe designer his rise to fame, especially during the episode where she obsesses over her Manolo pumps. The shoe, in the show’s six seasons, created some major iconic moments including a wise ‘ole fella whose penchant for snazziness gave him knowledge of an “urban shoe myth,” along with Carrie’s out of the blue courthouse wedding to Mr. Big.

Carrie brought the cringe-worthy fanny pack out of the shadows when she belted on this Gucci fanny pack. It was during her Big Apple escapades that divas and Hollywood starts alike began to favor the item over totes or elegant, jewel-studded clutches. Soon enough, the convenient little guy was not only only tourists but also by fashion trendsetters, creating a new wave that resulted in many of us native New Yorkers eyeing these questionable avant-gardists in utter, horrid, yet somewhat jealous disbelief. 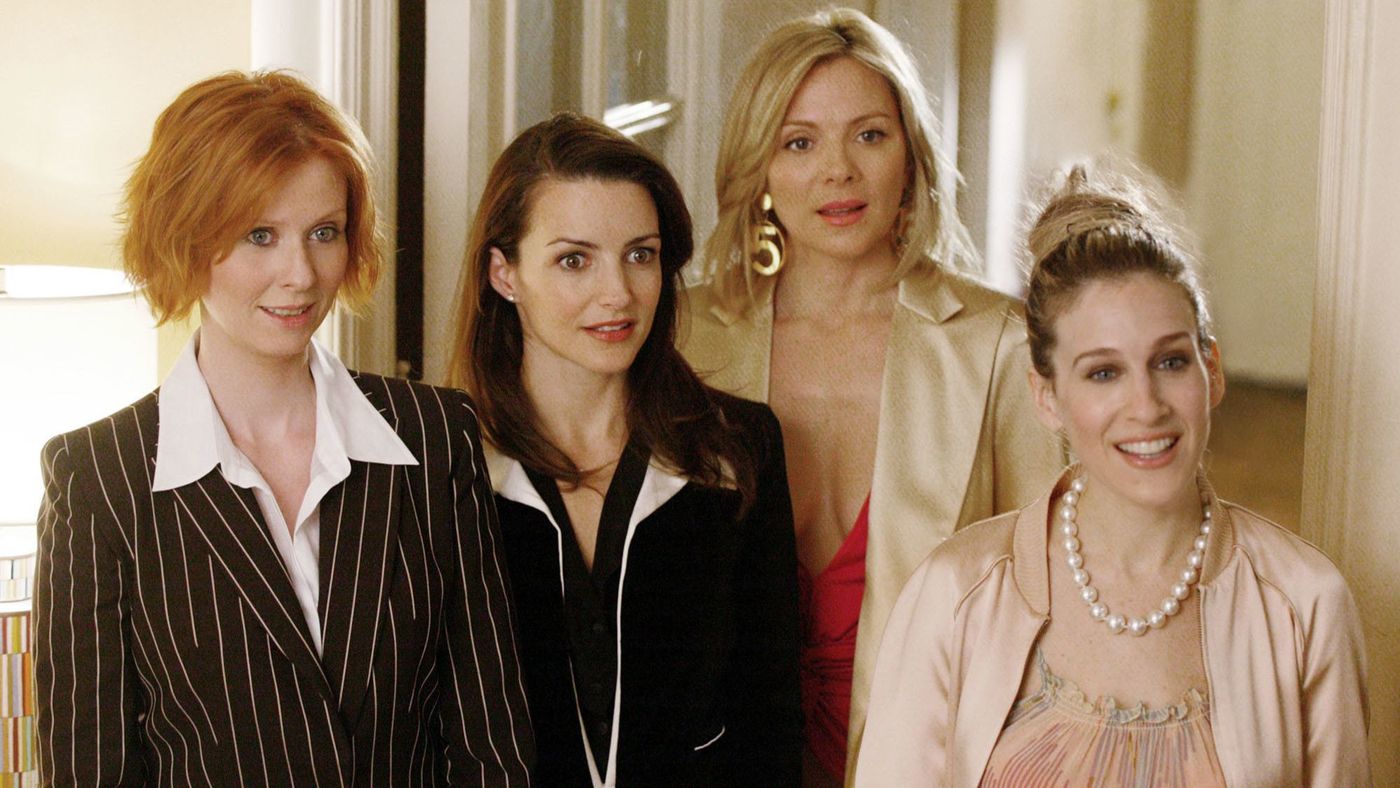 Miranda has brought back, revitalized and remains legend for the classic and sleek pinstripe suit as we see in the final episode of season 6. Carrie, too, embraced the elegant pant suit, often pairing it with minimal accessories, a statement necklace and a chic pair of heels.

Carrie shows us all, living on meager, fashion writer salaries, that lavishness of style  is not far fetching. Fur coats remained the show’s star’s wardrobe staples. Without Carrie, many of us would not be too brave or keen on pairing such an opulent piece with a tutu, heels, and bold namesake pieces, but it seems Carrie has defined a new era for us hit the streets in such an over-the-top ensemble.

Ode goes to the overtly feminine, delicacy of the off-pink tutu. The show’s opening credits are iconic. They feature Carrie wandering about the New York streets in a ballerina, tulle tutu skirt. In countless episodes Carrie waltzed around in airy, Victorian-inspired tutu, oftentimes representing a inspired fairy. The New Yorker confidently makes her way confidently in her tutu outfits, marching through puddles that splash mud onto her outfit, but she is too elegant and sexy, comfortable and at ease in her own skin to may this any mind. 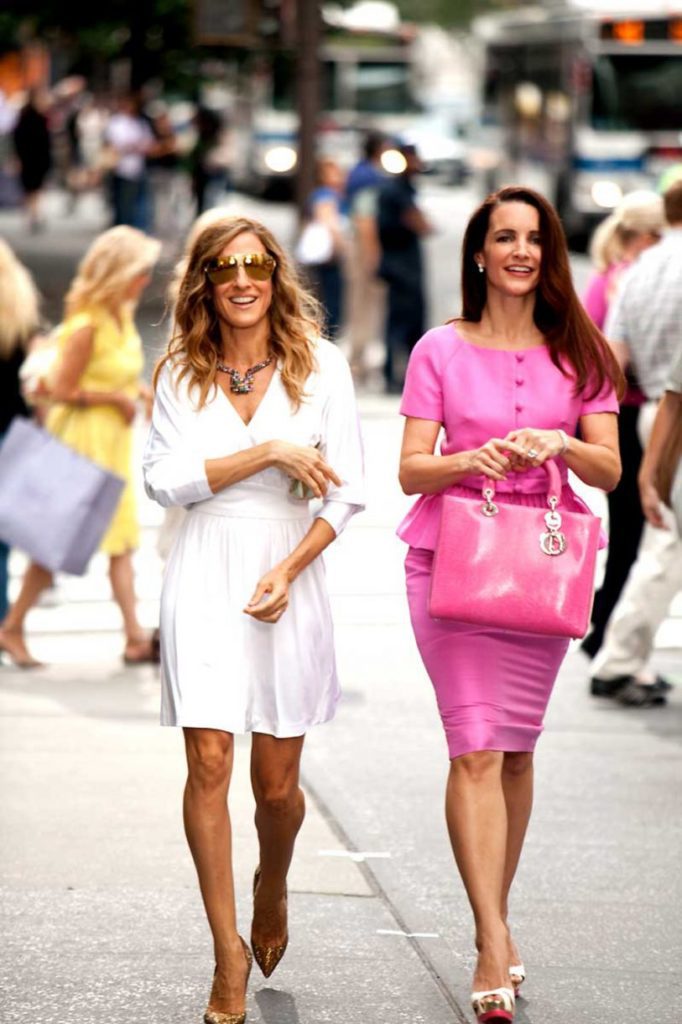 Charlotte is Sex and the City’s Upper East Side darling. The overly romantic idealist wooed viewers with her wide-eyed, dashing charm. Show upon show Charlotte wore candy-hues, fuchsias, salmons, pastels – all and any tones of pinks, absorbing us all in her Barbie stunning world.