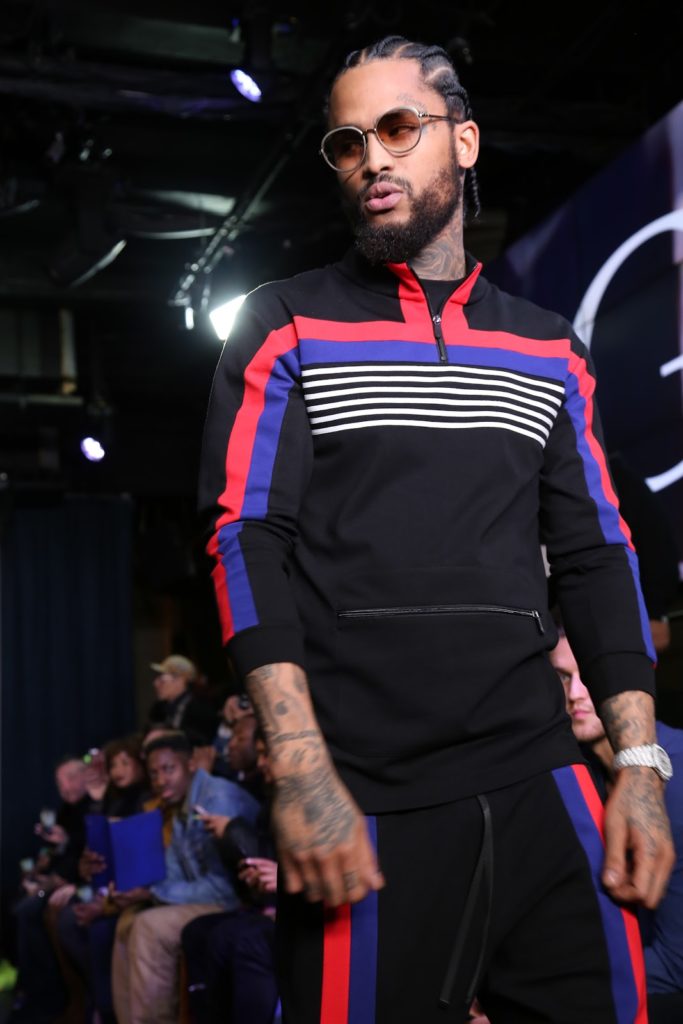 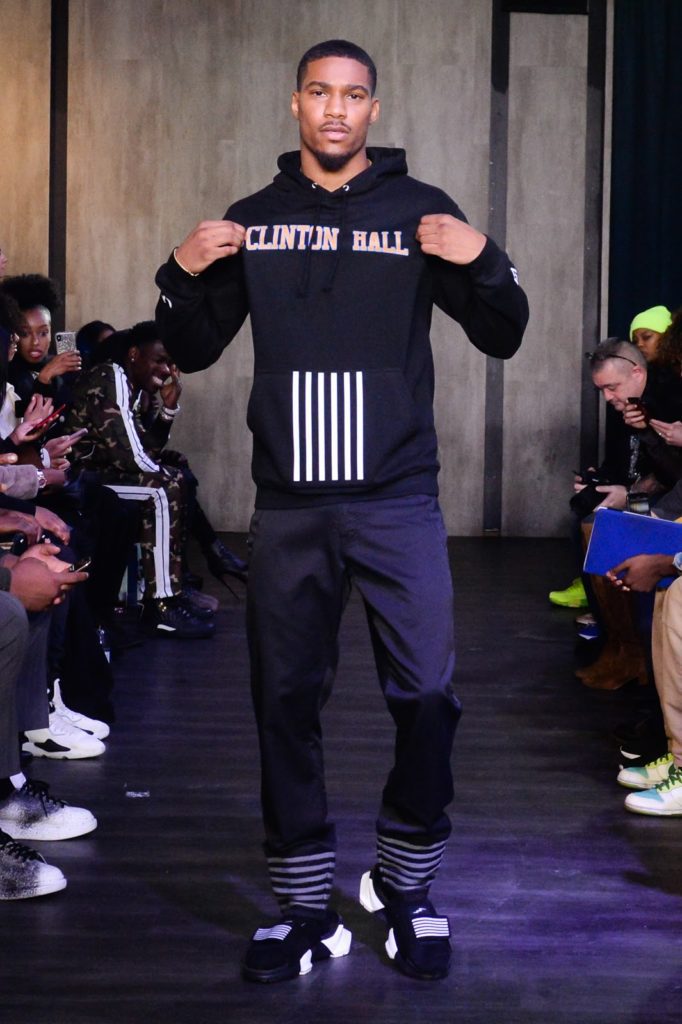 The show featured Grungy Gentleman’s signature collection, along with eight collaborative collections including hats with New Era and NBA, footwear with Pony, slides with Giza, bikes with Schwinn, bags with Footaction, apparel with Renzo Cardoni, Pendleton, and Clinton Hall. 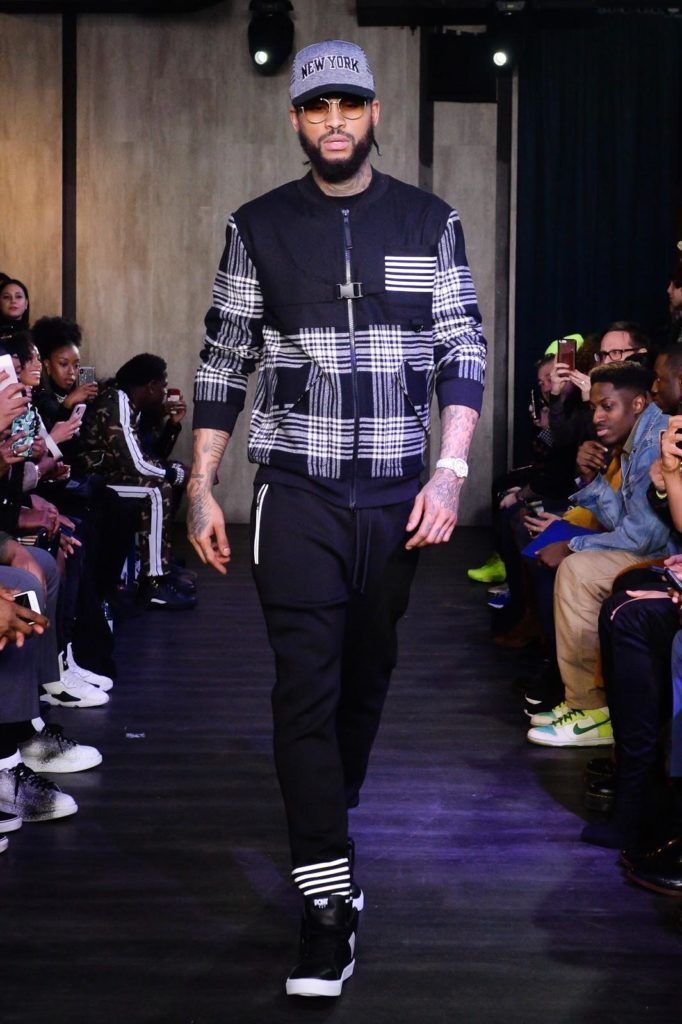 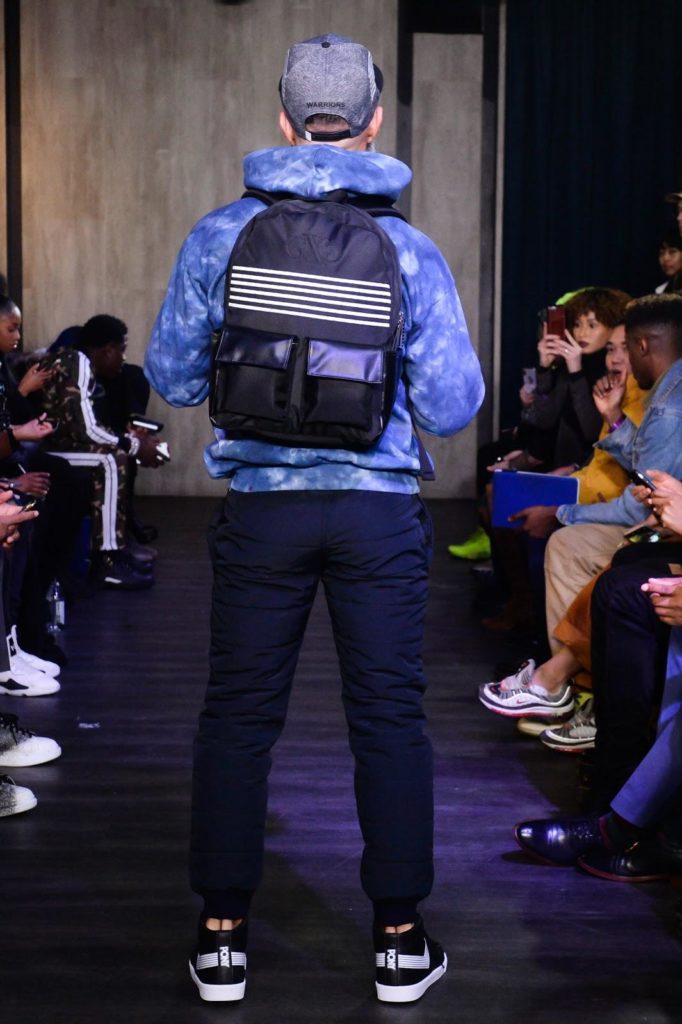 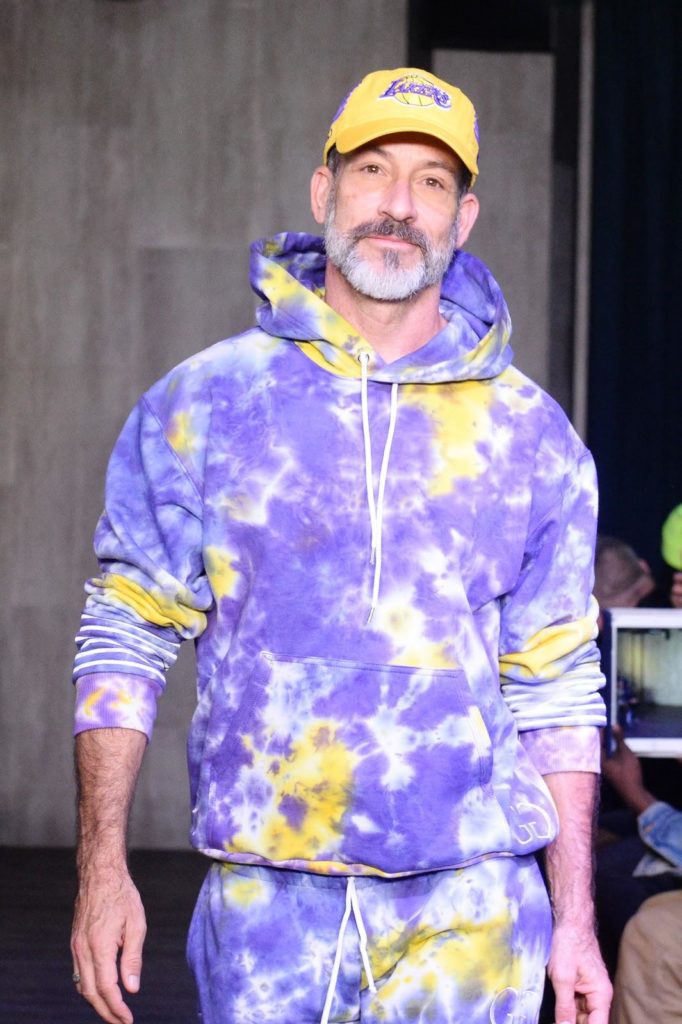 “Our Grungy Gentleman collection this season is a lot more polished than season’s past.  We injected a punch of color with the peach tracksuit, and we incorporated a lot of red accents throughout.  We’re a brand that likes to make the public feel like they can wear it and feel confident in it, and we had a great response at the show, so I’m very appreciative for that,” said Jace Lipstein, designer.

“It’s fire, this is something I would have wore on the regular anyway and we got the old-school, Harlem Pony drip. I feel like superman… if he was from the projects,” said Dave East.

“Dave East and Styles P embody everything the Grungy brand wanted this show to be about– an ode to New York City– the grit, the grind, the inimitable style and presence of those who came up here, and the power of collaboration across different generations and categories,” said Ali Moon, talent booker for the show.

“I never would have imagined that my first live performance would be at New York Fashion Week– and that I’d be getting advice from Dave East before going on stage.  Definitely an experience I’ll never forget,” said Brett Gray, R&B artist and Netflix’ On My Block actor.

The show was hosted at Slate NY with complimentary cocktails provided by Gentleman Jack, gift bags by Nivea Men and Thickhead.