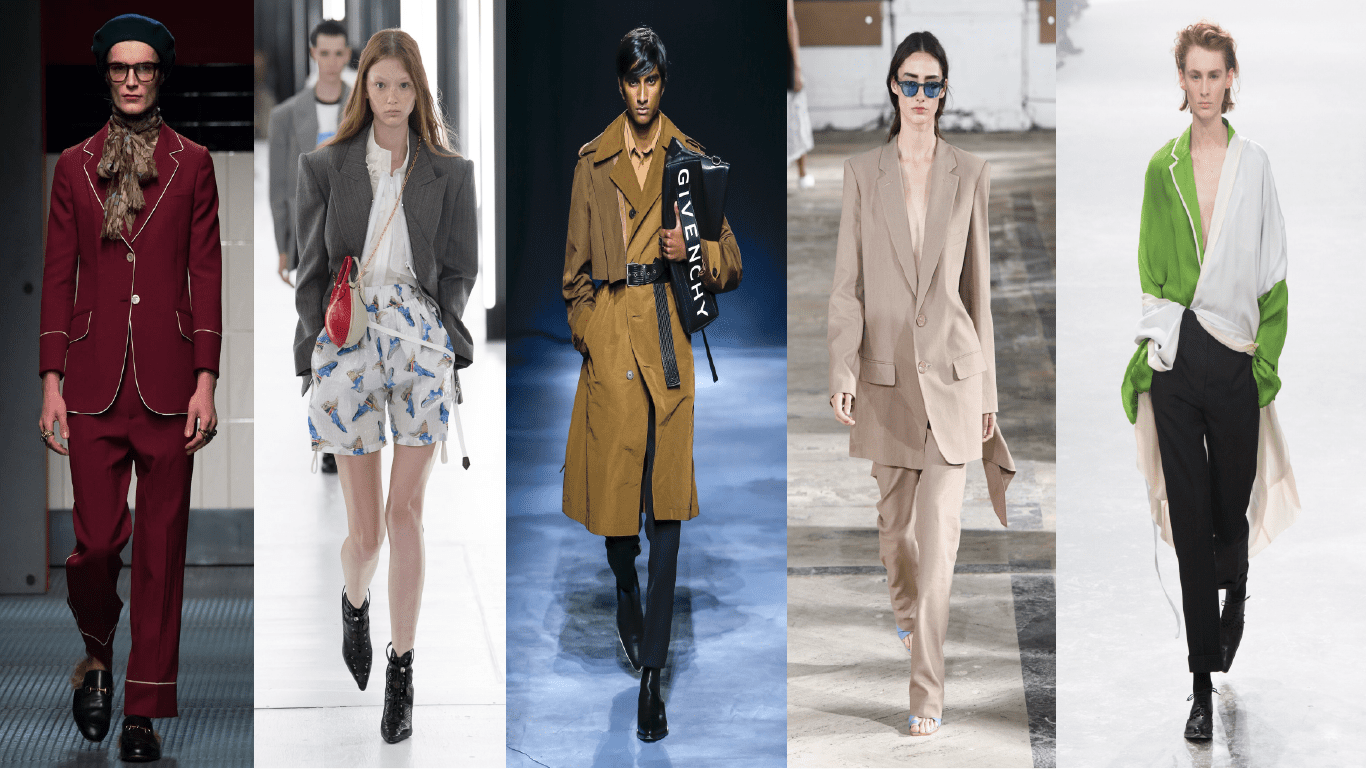 Skirts, shorts, suits, oversized statement pieces don’t seem to have a designated space anymore. Today, we are seeing more and more of these garments in male and female wardrobes alike, not as ridiculous ensembles, but as actual statement pieces adding personality and functionality. Major fashion houses are observing this blurring of boundaries between women and mens’ fashion, in Generation Z especially. This era of 90’s influencers are deconstructing the idea that clothing must be separated by sex and are instead sporting garments that were thought to be prescribed to the opposite sex. As the fashion world continues to become more than about appearance and more about influence and change, here are some designers who are redefining the concept of gender on the catwalk, promoting the attitude that gender separation is a societal construct. 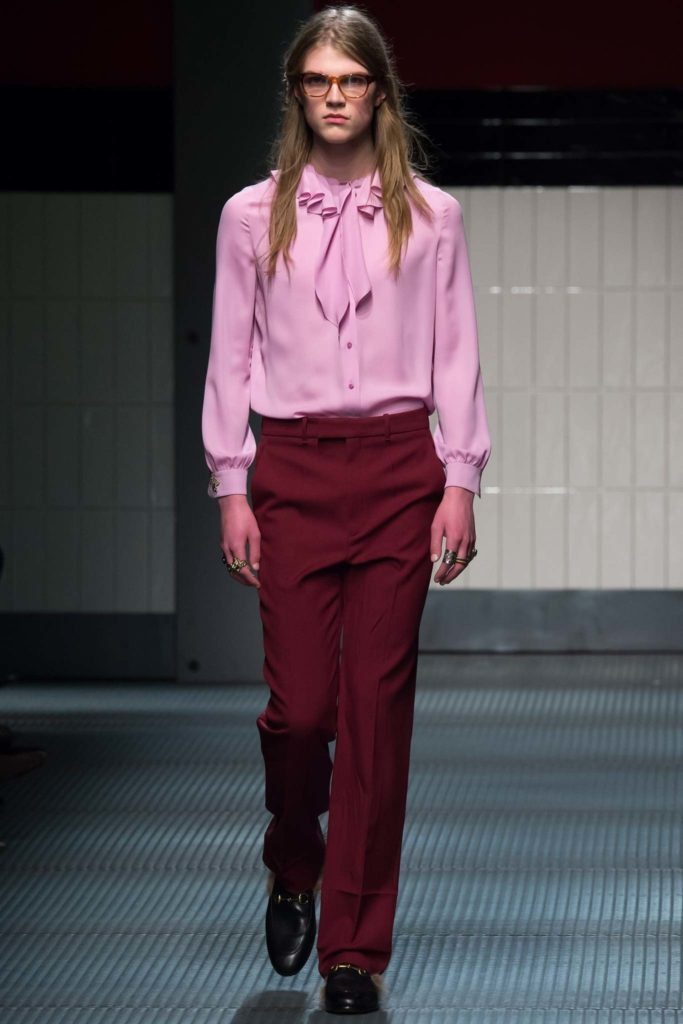 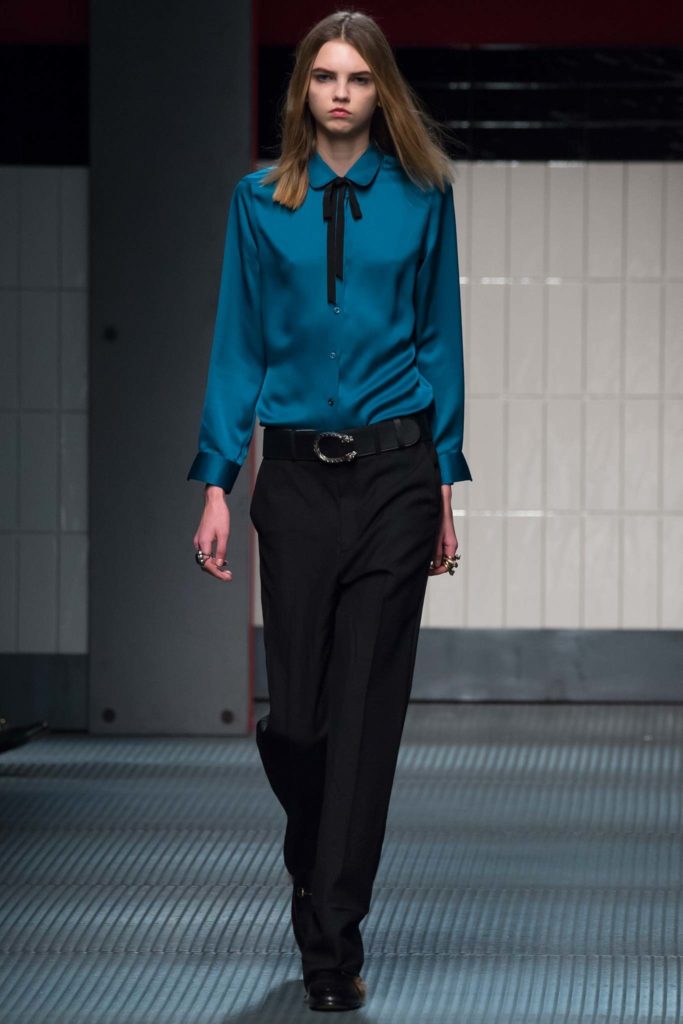 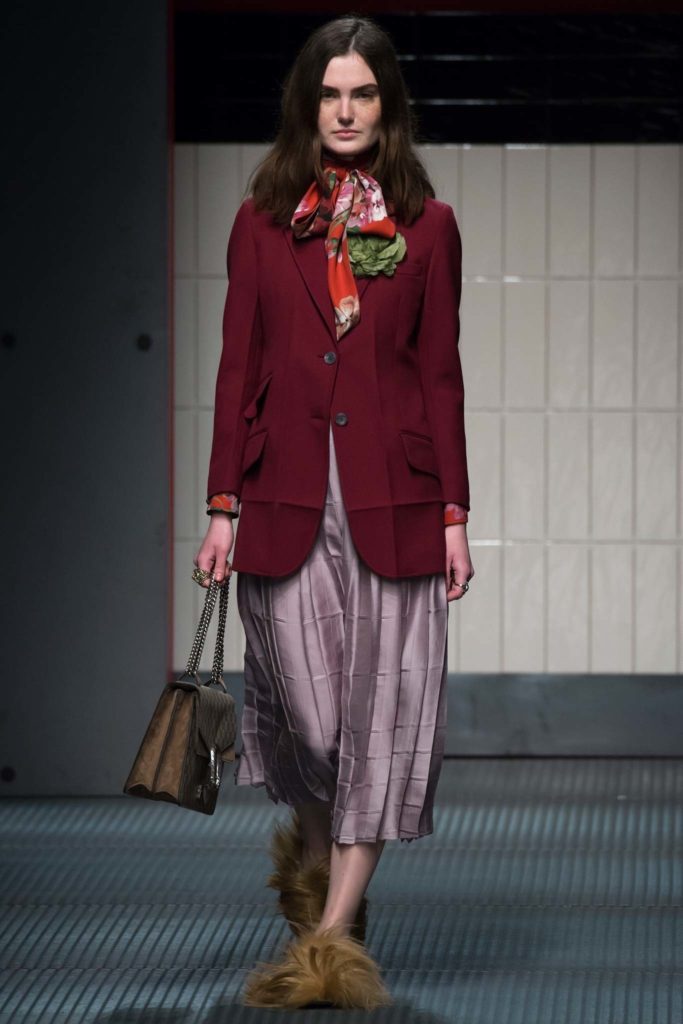 Gucci is a prime example of gender fluidity extending to fashion with his 2013 campaign for gender equality, CHIME FOR CHANGE. Co-founded by Beyoncé Knowles-Carter and Salma Hayek Pinault, the global campaign works to bring together and offer a voice to girls and women from all over the world. We have since then seen the way in which we consider men’s and women’s clothing in the brand being changed.
Italian fashion designer, Alessandro Michele,appointed creative director of Gucci in January 2015 created a brilliant show during the autumn/winter 2015 season that consisted of both male and female models wearing pieces from the same line. The debut designer’s innovative new way of thinking has sparked a wondrous new vision in the shopping industry that led toGucci sales soaring and remaining one of the top, most beloved brands inn the world. 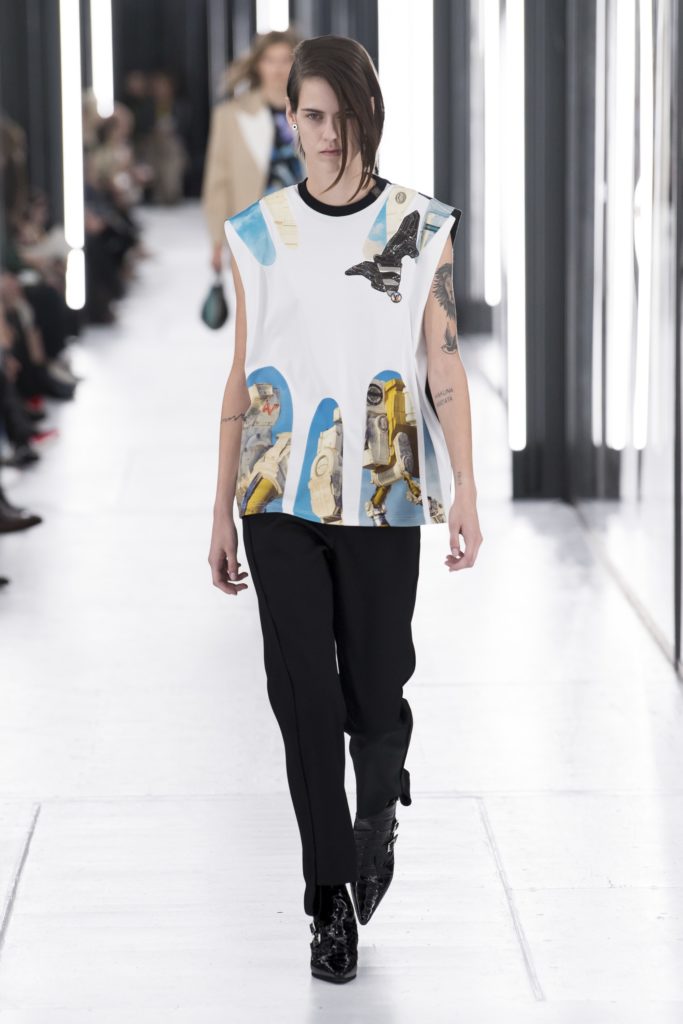 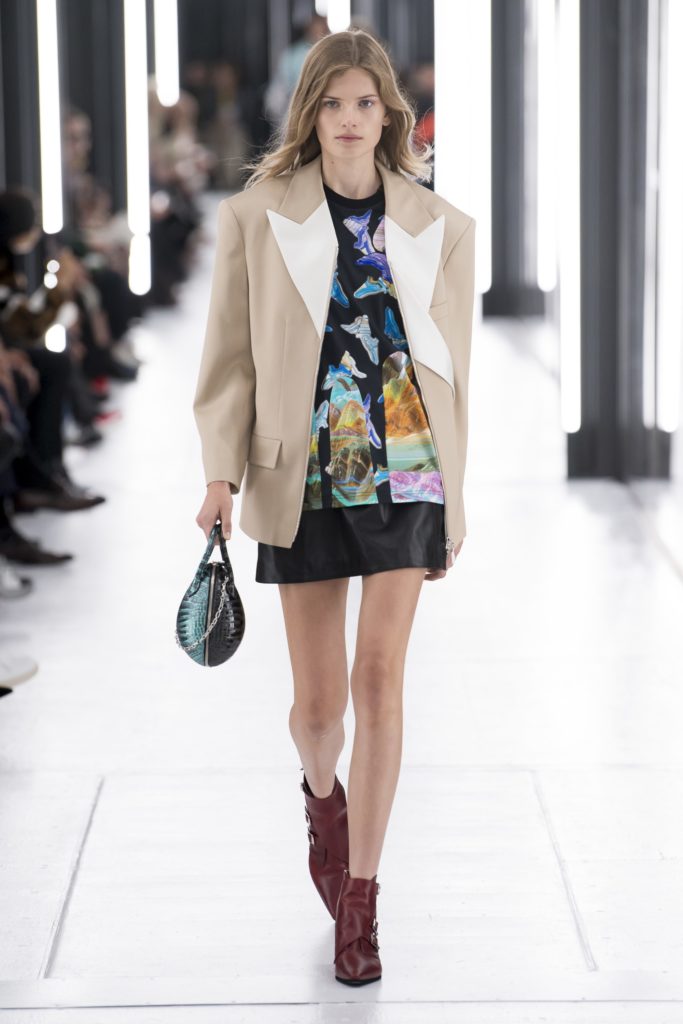 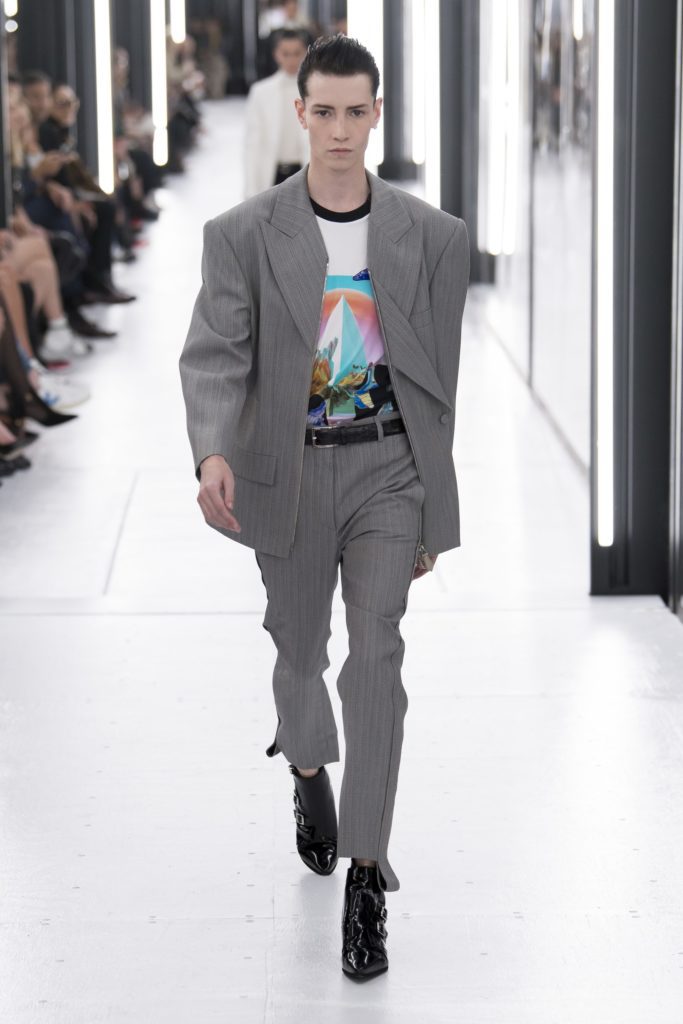 Louis Vuitton’s very futuristic Spring/Summer 2019 collection includes an abundance of gender-neutral ensembles, along with transgender models walking down the catwalk. The fits had had a youthful aesthetic with bold prints, eighties and nineties graphics, and sharp silhouettes. The collection, designed by creative vision of Nicolas Ghesquière, subjected predispositions of power and glory, leading one to rethink preconceptions of from whom the tailored suit could be worn. 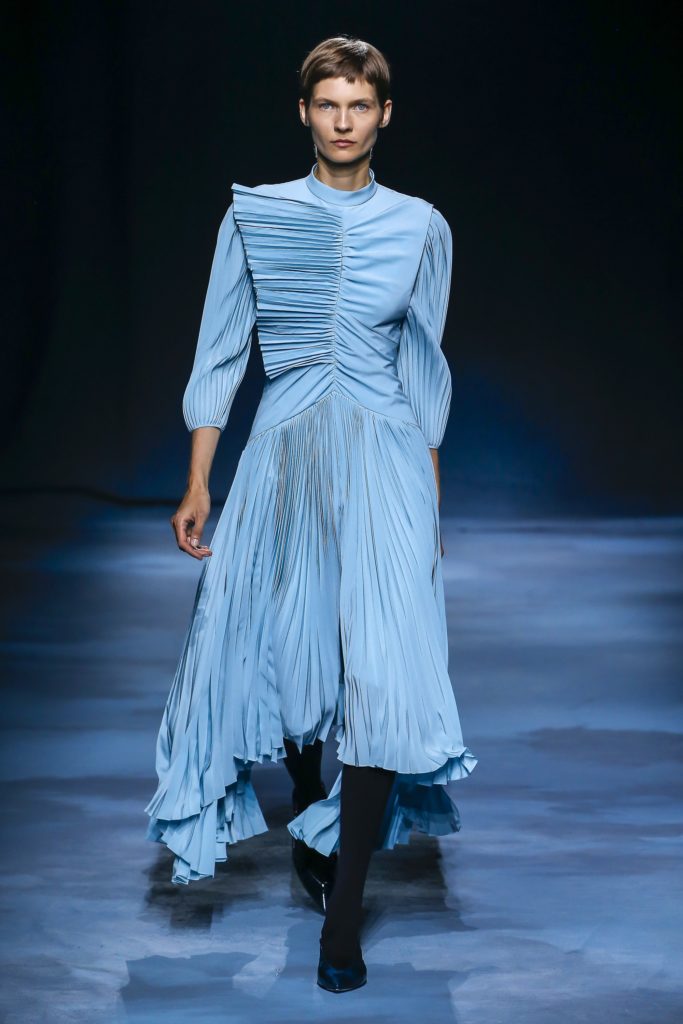 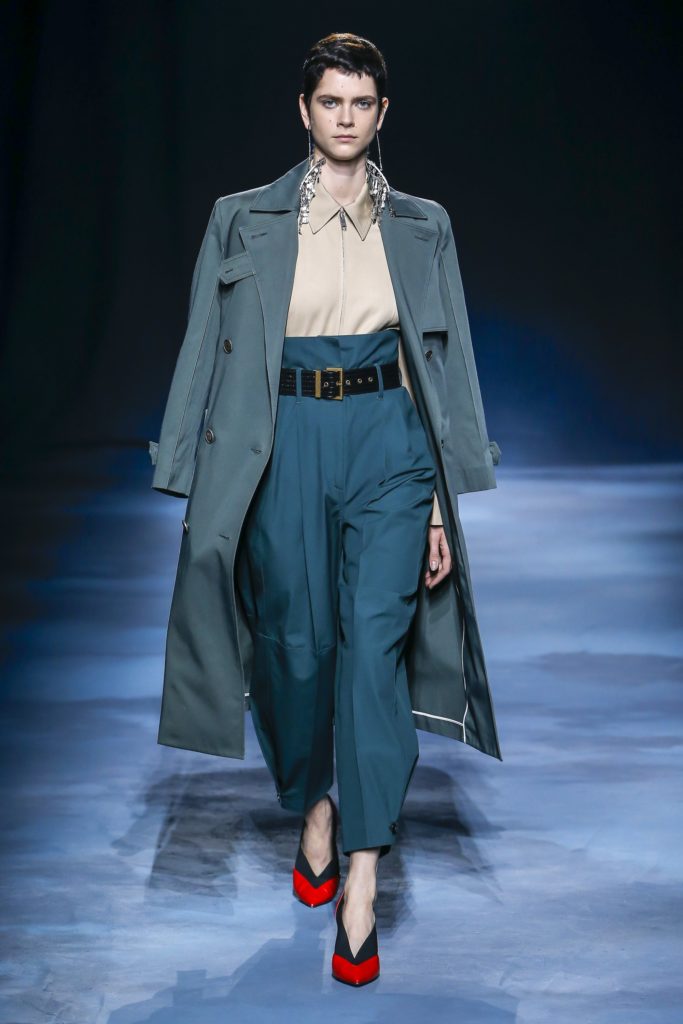 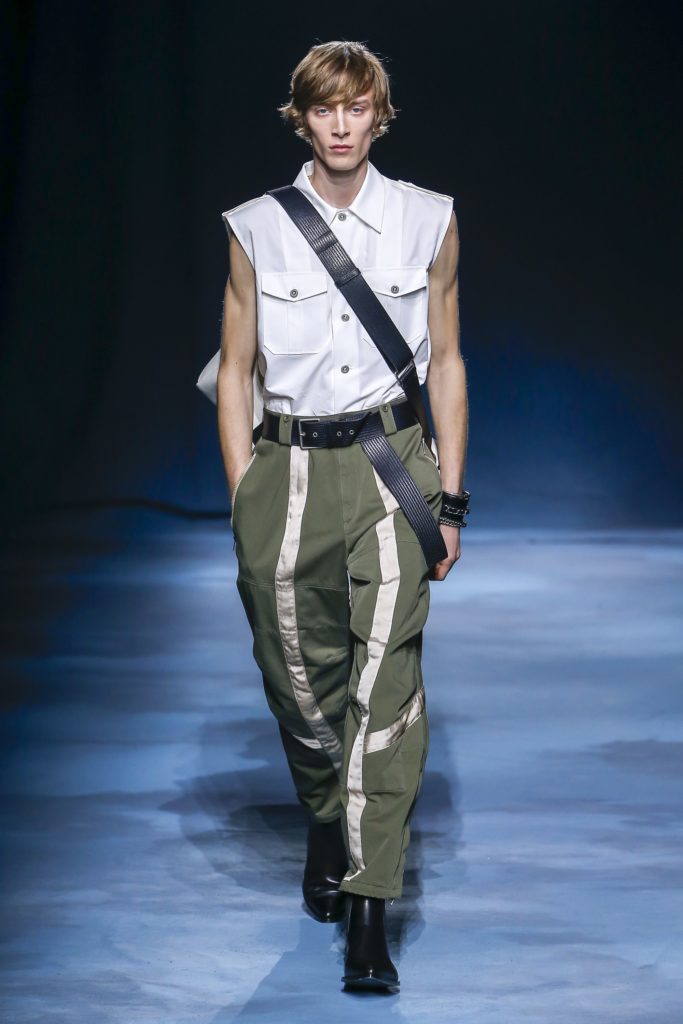 Clare Waight Keller got in on the gender identity trend with her designs for the Givenchy ready to wear Spring 2019 Ready-To-Wear collection. Inspired by Annemarie Schwarzenbach, a Swiss scholar of the early twentieth century who subverted gender norms by dressing in boys clothing and girls clothing as she saw fit, Keller’s collection can be described as elegant just as it can be characterized as masculine. Keller precisely reflected Schwarzenbach’s legacy of short hair, sportswear and the occasional glitz and glam with her artful collection. Models opened the show with pixie cut short hair and bold clothing suggestive of an era where gender no longer exists and soils one’s self-identity. Some of the looks being sported were made up of charming, asymmetrical skirts, gentle silhouettes, pastel palettes, bold floral prints, and cuts designed to give power to the beauty of the female form in delicate kitten heels, and fierce boots that makes us take a second look at the glamorous stilettos we continue to have love-hate relationships with. 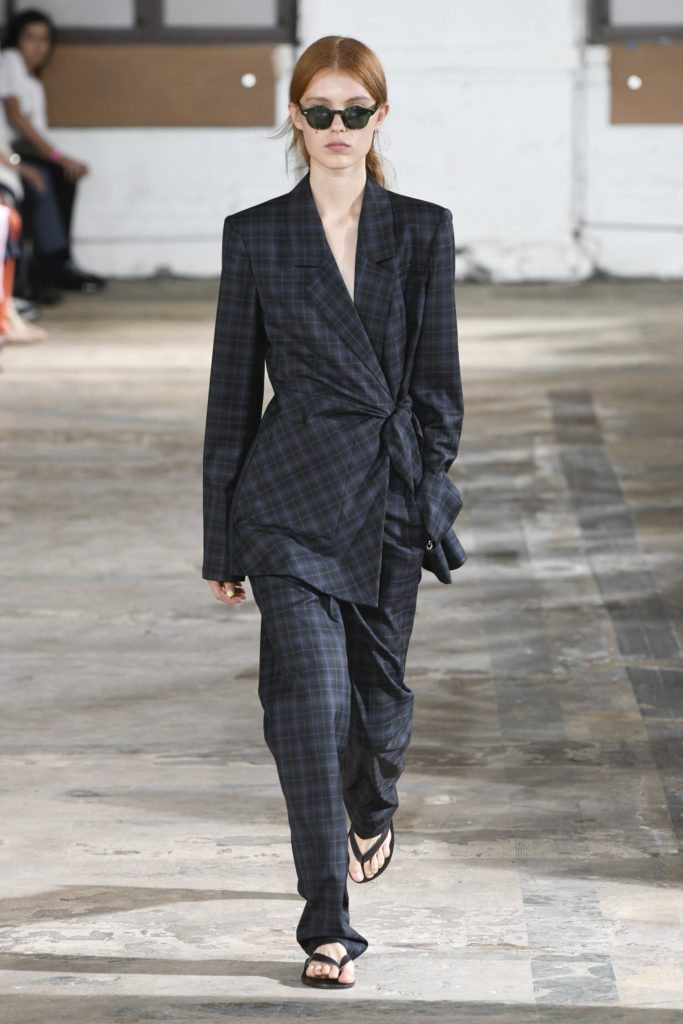 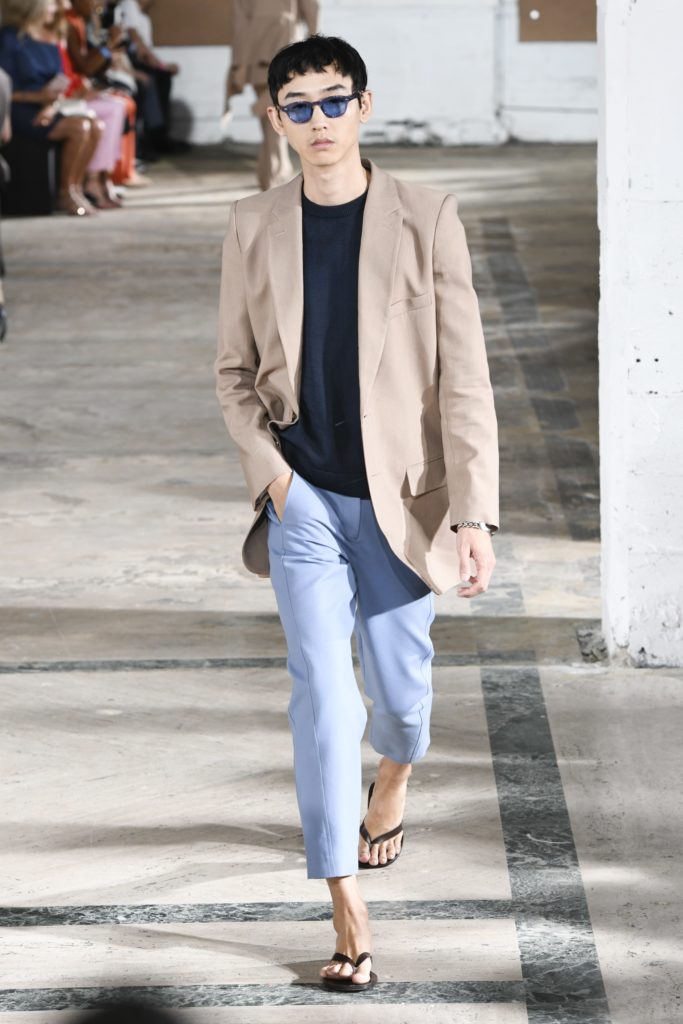 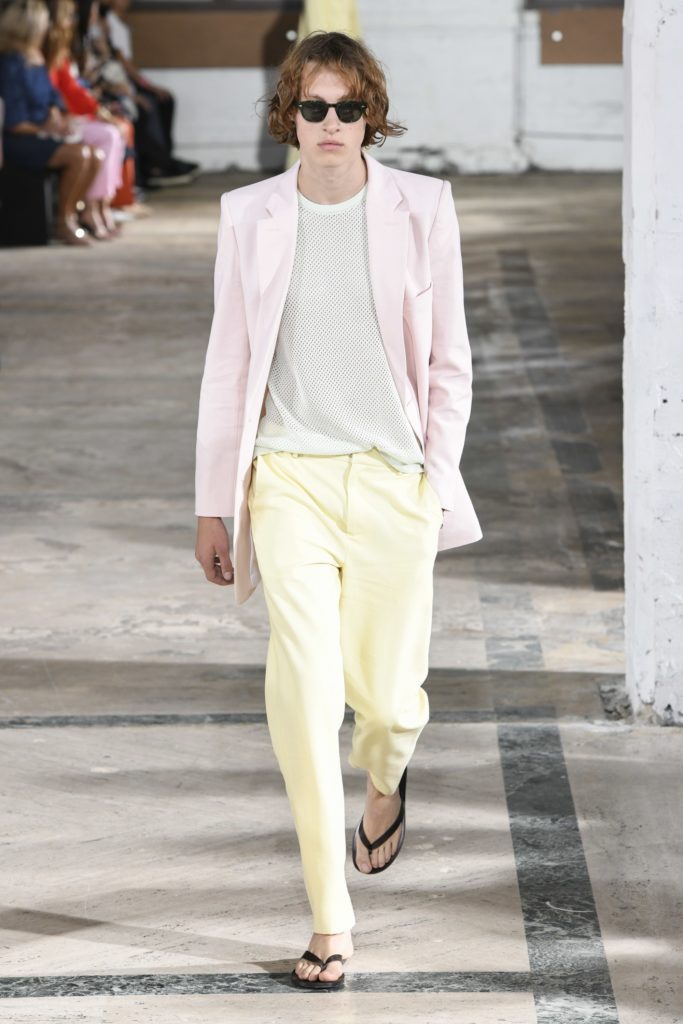 Amy Smilovic brought loose-fitting designs and neutral colors to her Spring 2019 Ready-to-Wear Collection, unmistakably making a statement to the clothing that could appeal to men and women alike today. 38 of the looks in the show were modeled by women but were nonetheless capable of looking just as natural on men – pastel pantsuits, sleek khakis, subtle shorts barely brazing the knee – simple designs on silky material associated with natural, easy, blissful beauty. 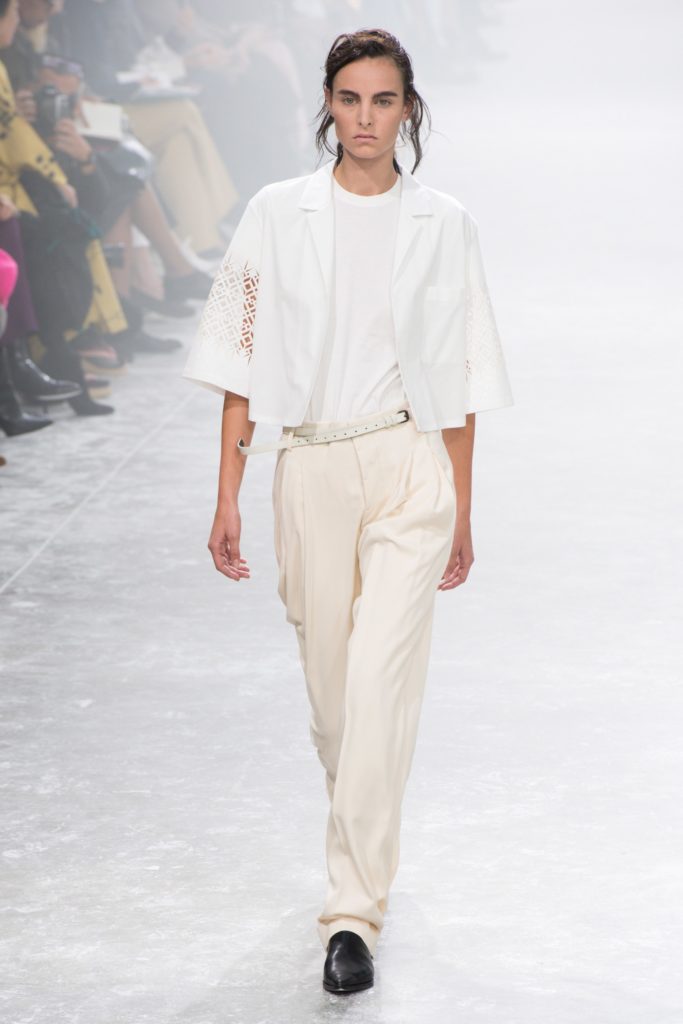 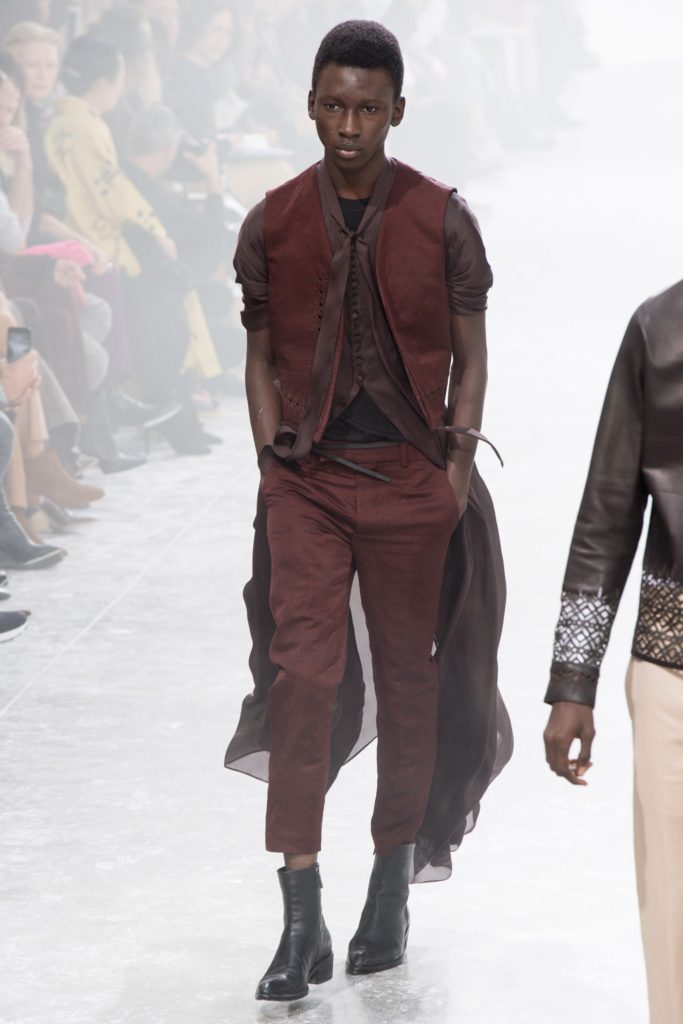 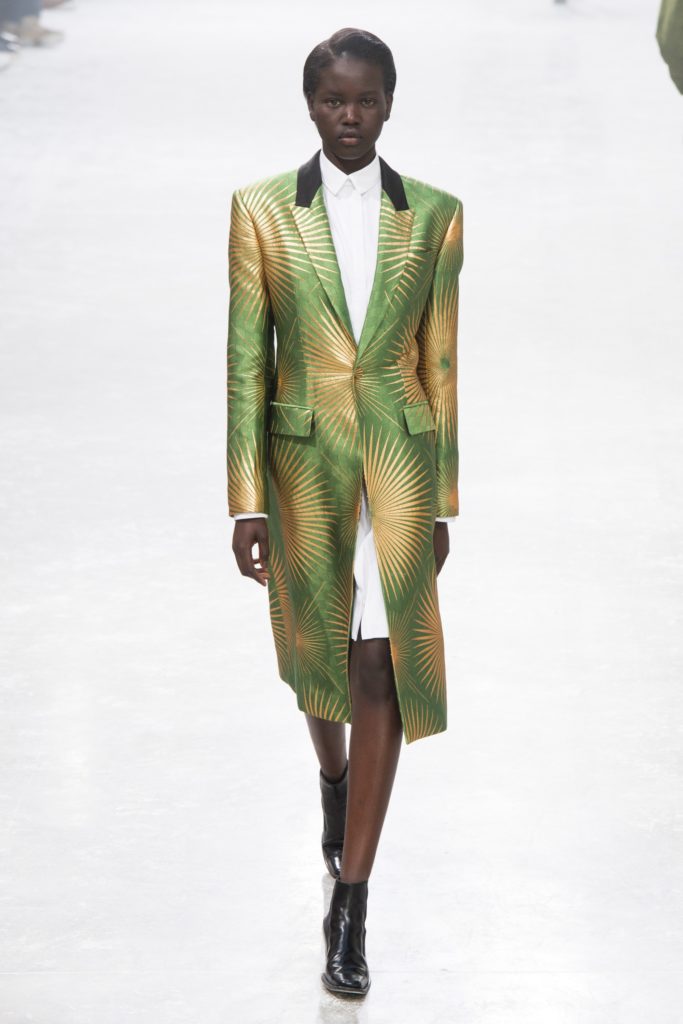 The Spring/Summer 2019 season made Haider Ackermann first unisex show, highlighting versatility and avant-garde elegance. Models were sent down the runway in threes through a pale mist, eluding to the designers objective of representing a new sort of sensualness that blurred both the male and female form, building on an evolutionary universe where both sexes converge and become one.
The seductive collection was relaxed but thrilling, it’s dynamism reflective of strength, confidence and refinement. The collection made timeless statements with graphic prints, painted on stunning hues of yellows and nudes, adding style to fine shapes and relaxed form. The collection’s pieces, from the choice of fabric, to its color, reflected the designer’s vision beautifully.