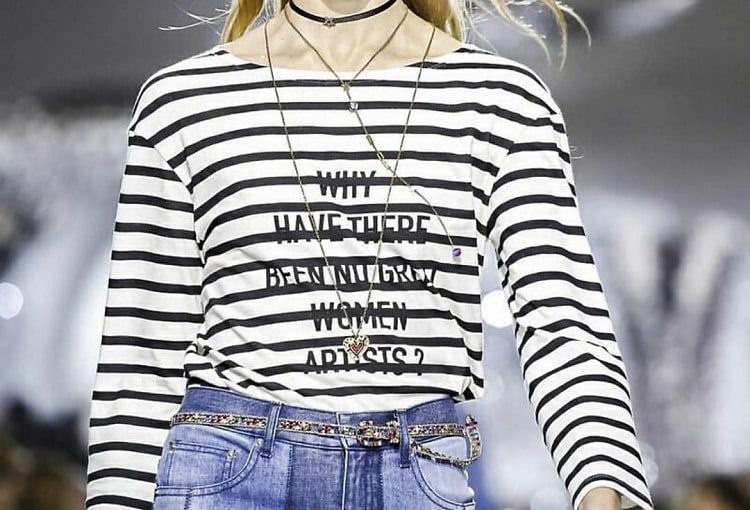 Runway shows not only offer the widest selections of trends, patterns, prints, and color palettes that will influence our wardrobes but they also reflect on society as a whole. Society is becoming more fractured due to the spread of false ideologies and global leaders revoking human rights. The shows posed a vision of bold ideas.

Designs creatively combined with activist slogans, casting choices, and individually open-expressions on media platforms have cultivated a new age of political consciousness in the fashion industry.

Christian Dior’s S/S 2018 show in Paris opened with a model stepping out with a striped long sleeve shirt with the words, “Why Are There No Great Women Artists?”, across the center. This phrase originates from an essay written by Brooklyn-based feminist Linda Nochlin, that emphasizes the limitations and difficulties that women face as artists within society. Nochlin, like many other feminists, aimed to set a course for change in a male-dominated society. The essay, which can be read here, challenges the male perspective.

In July 2016, Chiuri was hired to head the house of Dior as the first female designer. As the brand’s artistic director, she wanted to bring a new, authentic vibe to the fashion house. Her approach is focused on activism and feminism. The Dior runway debut of the “We Should All Be Feminists” slogan tee at the S/S 2017 RTW marked great impact, as it was her first collection based on ideas of consumer-friendly activism.

“I want women to find themselves. I want to support women in trying to find pieces that they really like that they believe really work with their spirit.”

The fashion industry has the potential to make a change by sparking change around political discussions. This message by Dior resonated with millennials instantaneously. Activists and protestors started to use their clothing for a higher purpose, to send powerful messages and fight political injustice. 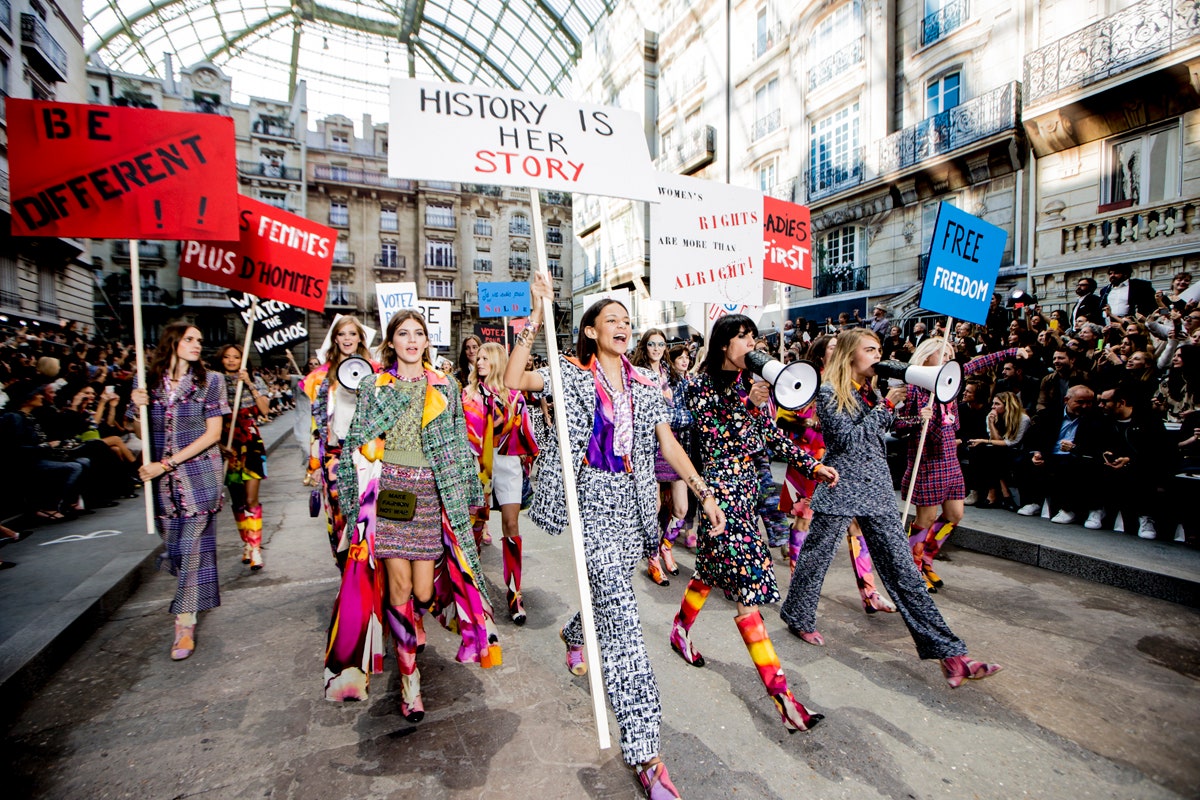 The fashion industry’s interest in activism rooted in September 2014 when Chanel first staged a feminist range down the runway. Its messages were strongly reinforced with protest signs and slogans like “Feminism Not Masochism” and “Women’s Rights are Alright.”

Dior has impacted the fashion world with its voice of feminism. More brands can be just as influential in voicing strong opinions and movements that resonate with others with ongoing research and focus on violence and discrimination. We should also acknowledge the fact that activism is neither a trend nor a tool to gain press or sales, but rather to create a collective political consciousness that’s impacting our culture.