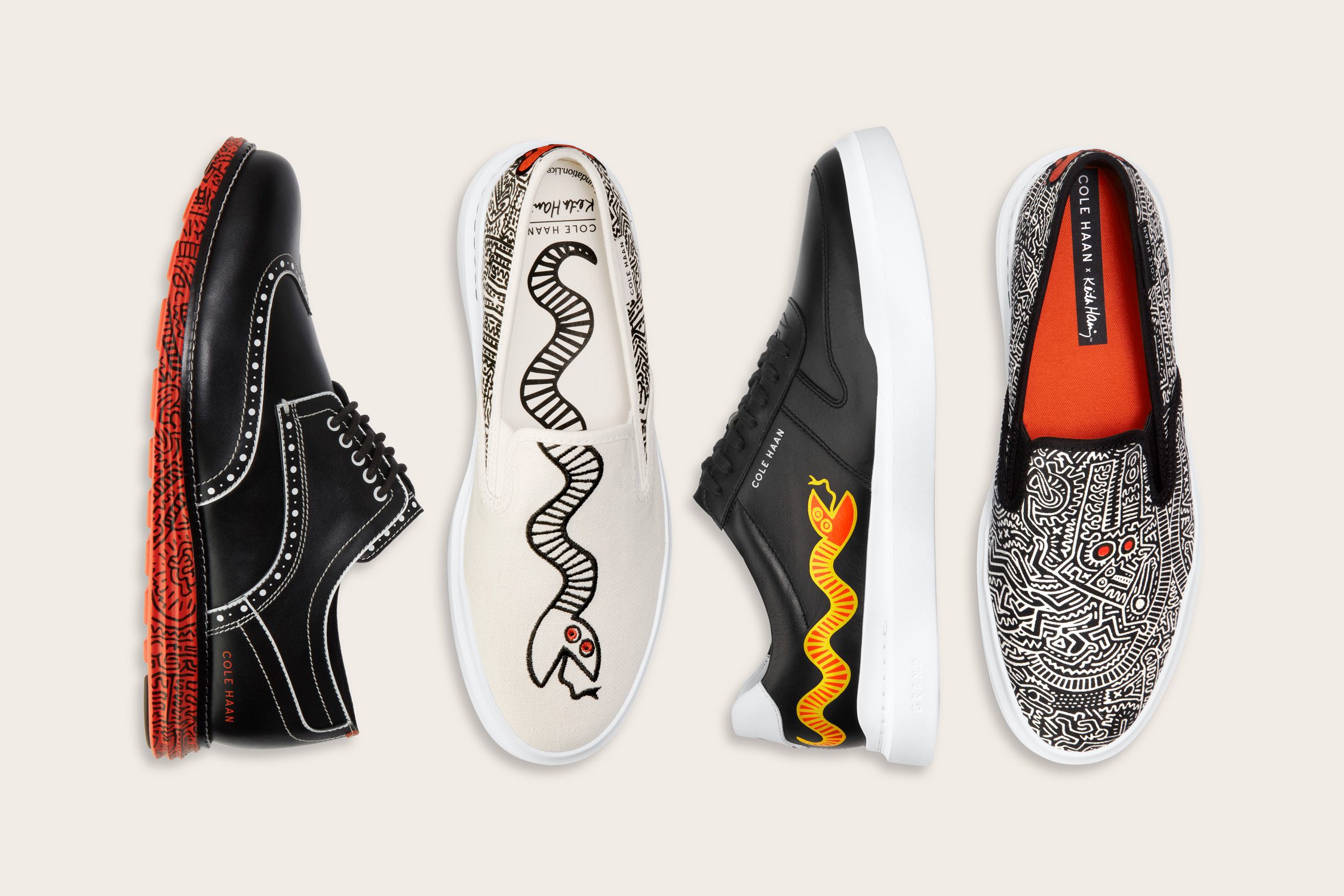 The iconic American performance lifestyle brand and retailer, Cole Haan, is proud to introduce a collection of
shoes featuring some of Keith Haring’s most legendary works of art. The Cole Haan x Keith Haring Collection
features a selection of four shoes, all of which fuse the Cole Haan legacy of craftsmanship with Keith Haring’s
visionary spirit and lasting activism.

“Keith Haring was an incredible trailblazer who used his work and creativity as a platform for social activism through his
powerful, convention-breaking art” said David Maddocks, Cole Haan Brand President. “Keith Haring’s legacy of
working for what he believed in is not only intrinsic to our mission here at Cole Haan, but has also empowered
generations of his fans to follow suit in their own endeavors. We are honored to help further his mission of using art to
enact positive change through this collaboration.”

Known as one of the most renowned young artists of the 1980’s, Keith Haring began to draw in white chalk over
the black paper used to cover vacant advertising panels in NYC subways after becoming inspired by the graffiti
artists whose marks covered the city’s subway cars. Not only was Haring able to reach a large and diverse
audience with his subway drawings but it eventually became, in his words, a “laboratory” for working out his ideas.
Haring produced an array of murals, sculptures, and paintings to benefit various children’s and AIDS
organisations, creating a lasting legacy of giving. The Cole Haan x Keith Haring special-edition collection featuring
best-selling ØriginalGrand and GrandPrø Rally styles, is inspired by a similar notion: that exceptional craft,
elevated design, and effortless style are meant for everyone everywhere. Some might call this collaboration a
perfect fit.

“We really love the designs that Cole Haan developed for this footwear collection” says Gil Vazquez, Executive Director
of the Keith Haring Studio. “The artworks really pop on the iconic shoe styles in a way that makes them instant classics,
and a great vehicle to help spread Keith’s empowering, positive message.”
Cole Haan x Keith Haring takes the renowned pop-artist’s eclectic, iconic, busy and bold work from the street to
your feet and features some of Haring’s most memorable icons, including the snake and the radiant baby.
The collection features the ØriginalGrand Wingtip, GrandPrø Rally Court Sneaker and GrandPrø Rally Slip On,
designed for both men and women, and is available now, at ColeHaan.com.au.