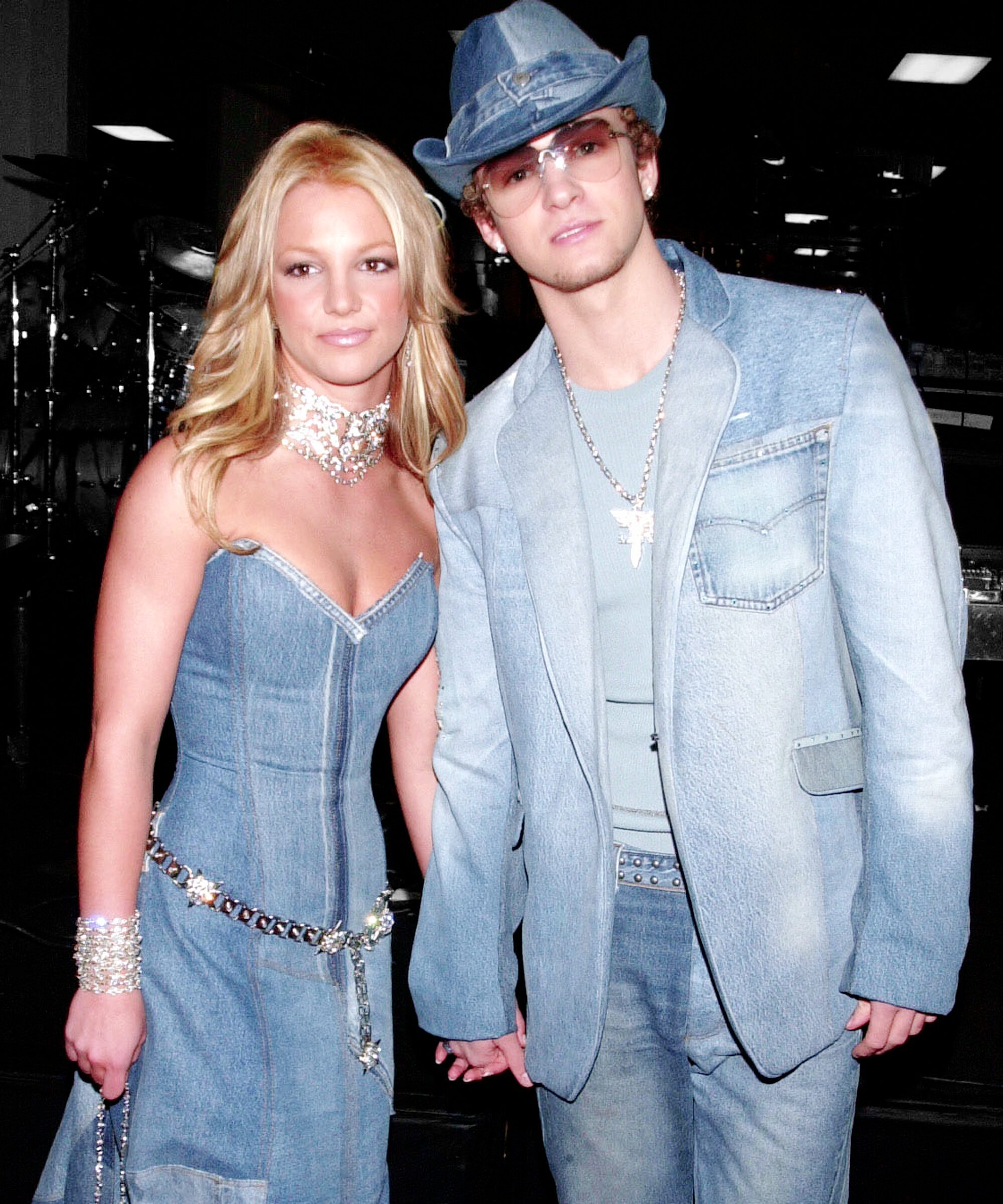 The legendary American Music Awards is creeping upon us as it is set to make its annual debut mid November. The show will definitely be one for the books as this is the first time it will be held during the midst of a pandemic. The AMA’s holds many memorable moments on stage, but what also makes the show prestigious are the way artists express themselves through fashion on the red carpet. Here are some of the AMA’s most classic fashion moments throughout the decades. 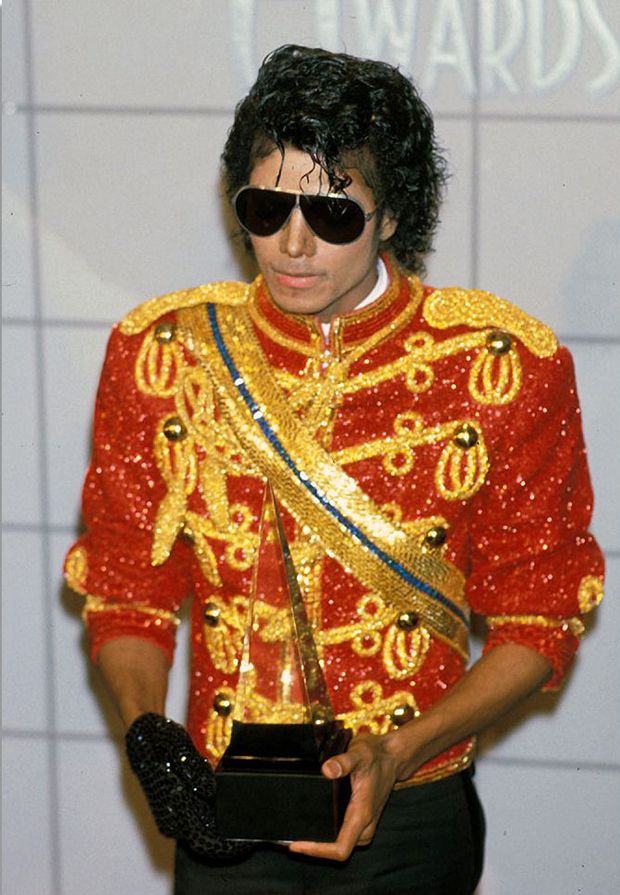 Michael Jackson 1984 – Michael Jackson solidified his “King of Pop” status with an outfit that demanded respect. The glistening gold and red military style jacket paired with his iconic sequin glove symbolized the well acclaimed “Thriller” album era. As the award show took place, this outfit soon became apart of a timeless moment in his music career as he took home eight AMA awards that night. 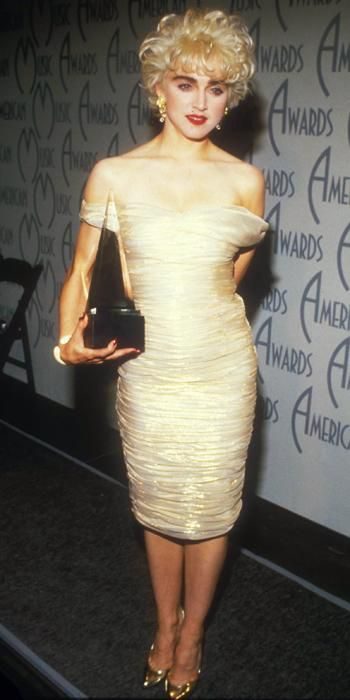 Madonna 1987 – Madonna was laced in gold as she payed homage to the late Marilyn Monroe sporting her signature red lip, beauty mark, and short blonde hair matching the theme of her 1986 album “True Blood.” Her look was soft and refined and soon became the look of a winner when she seized four awards during the show. 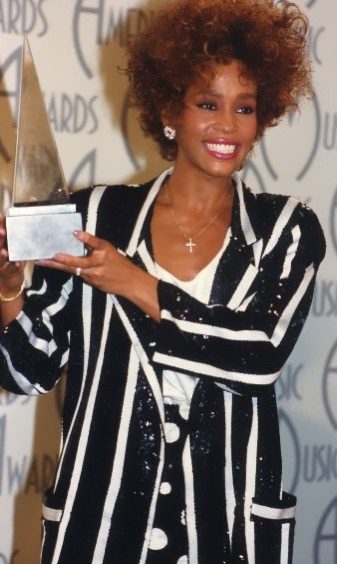 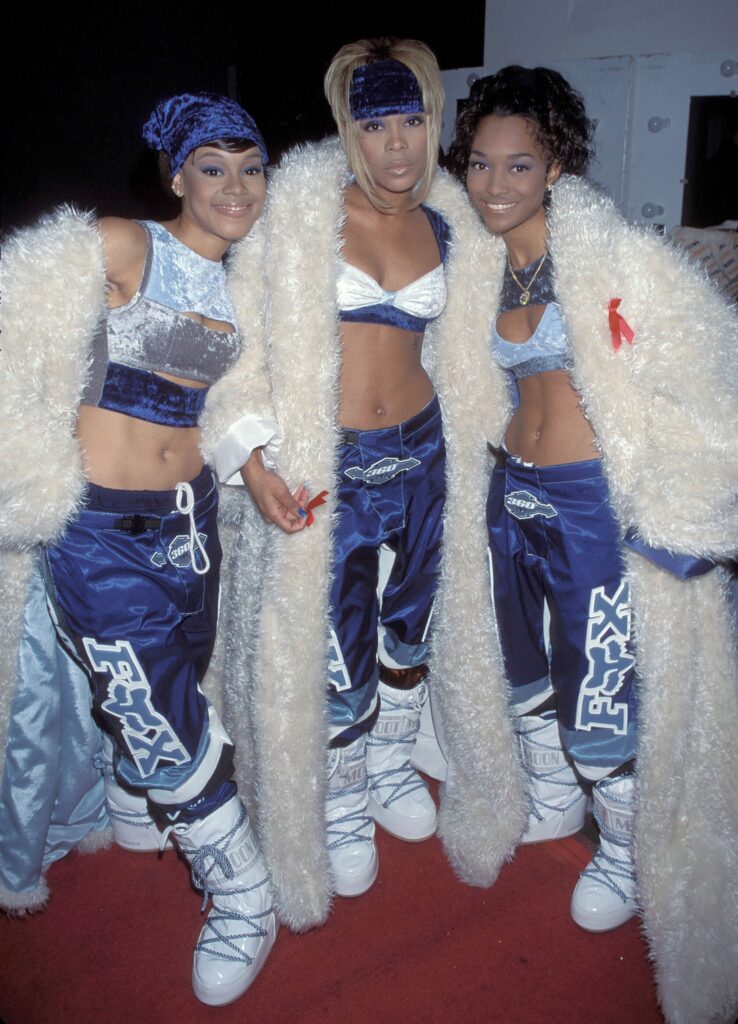 TLC 1994 – The iconic matching outfits of the group TLC were innovative and daring from head to toe. The velvet fabric pieces added to the smoothness of each look along with crop tops and baggy pants to highlight their signature laid back undertone. The moon boots add a stylish and eccentric detail to each fit that can be viewed as a representation of the height of their success. To top everything off, the oversized cream colored fuzzy coats added power to each outfit and matched well with the blue and white colors. 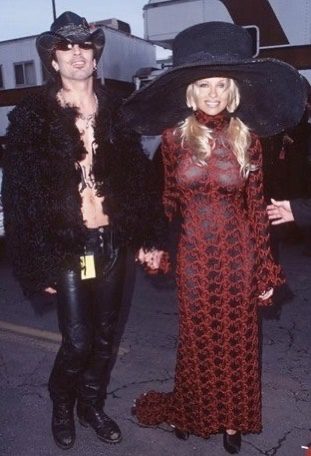 Pamela Anderson and Kid Rock 1997 – Pamela Anderson definitely sported the oversized hat look before Pharrell and Beyoncé adopted the trend. These daring outfits absolutely turned heads on the red carpet and made it an unforgettable moment in AMA fashion history. 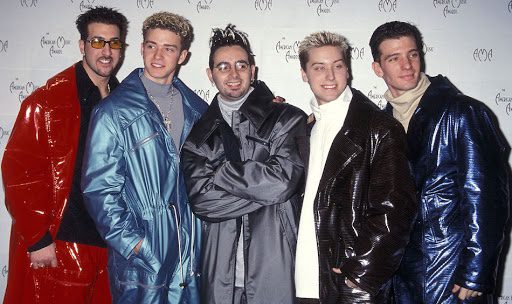 *NSYNC 1999- *NSYNC was all about mysterious trench coats and turtle necks during this award show, and made it a classic. The bold fabrics for each piece is what adds to the futuristic connotation of each outfit. Justin Timberlake is the only one who opted to wear a jumpsuit that closely resembles the ones astronauts wear making it high fashion. 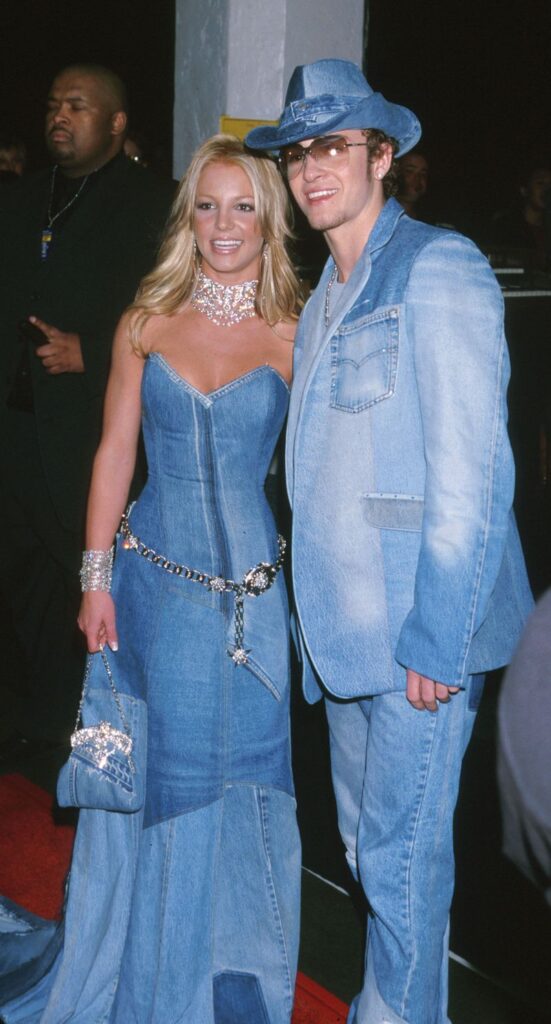 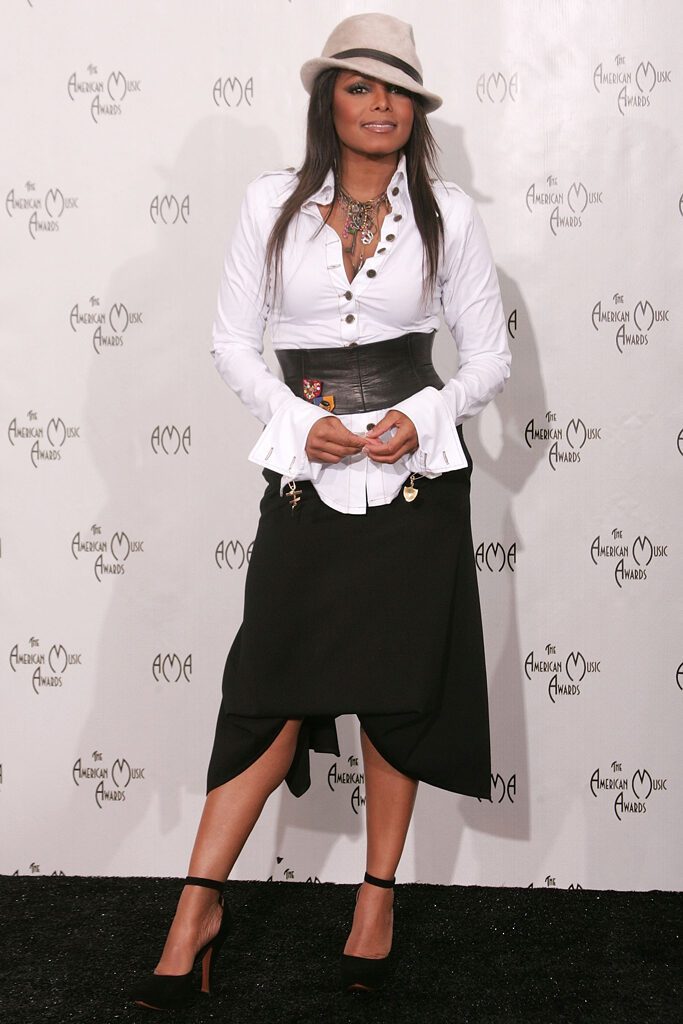 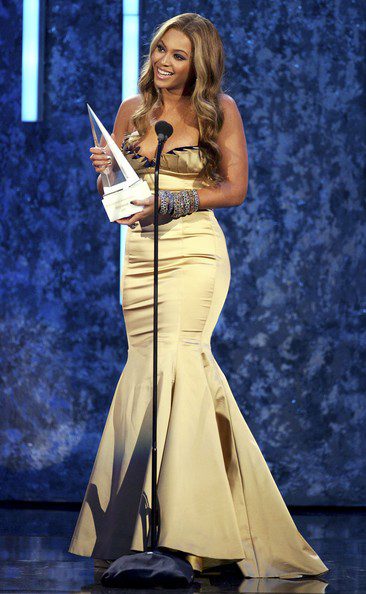 Beyoncé 2007 – Beyoncé looked like a first place prize decked in a golden mermaid prom style dress where she won her first AMA award that night. This look was definitely iconic as it sparked a trend in mermaid style dresses. 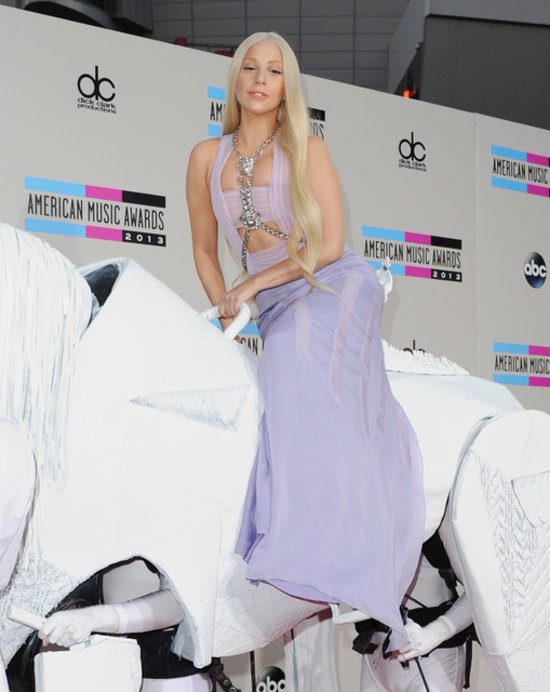 Lady Gaga 2013 – Lady Gaga put the red carpet on pause as she seized the moment in an unforgettable entrance arriving on a foe white horse. She closely resembled a Disney princess on her ride while sporting a soft lilac Versace gown matched with long blonde locks. 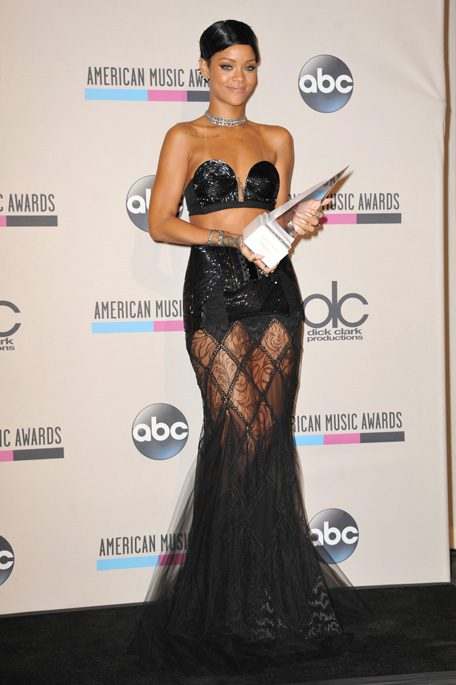 Rihanna 2013 –  Rihanna made headlines looking like an icon while receiving her AMA Icon Award during the show. She pushed boundaries and chose to wear a classic wrap hairstyle which is usually worn as an overnight protective style for women of color, but she debuted it as high fashion. Her black colored dress is also captivating in a dramatic mermaid style hinted with sequins and lace designed by Jean Paul Gaultier. 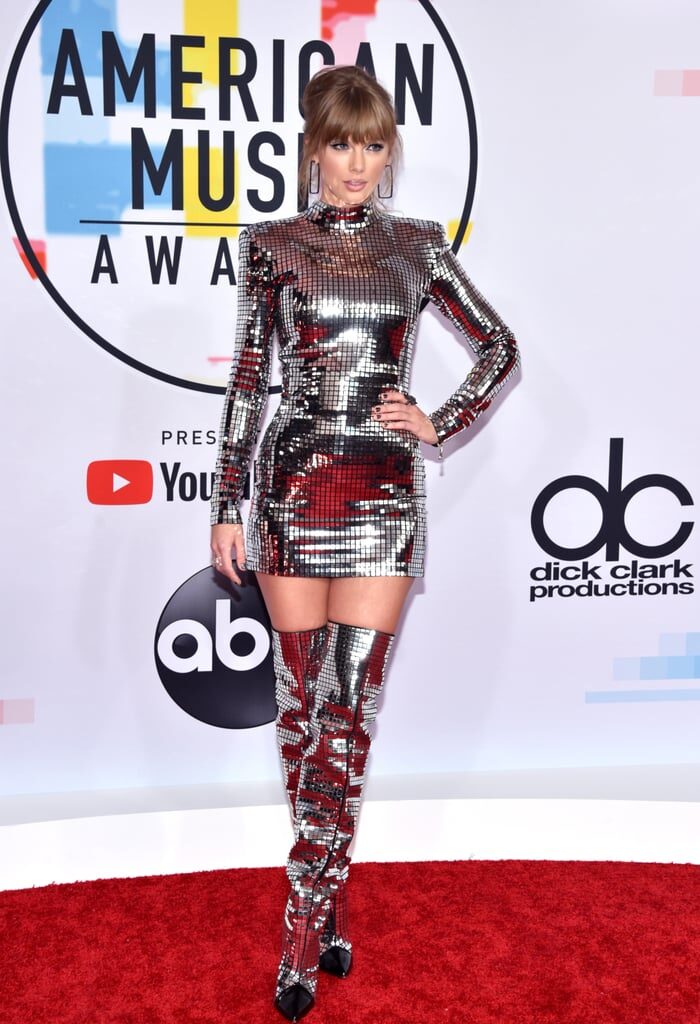 Taylor Swift 2018 –  Taylor Swift was dripped in a metallic long sleeve dress and thigh high boots which mirrored a pattern similar to a disco ball. Her outfit was like a suit of armor and made the singer look powerful and undefeatable. The message of the outfit further became true throughout the night as she won four awards leading her to make history. She became the first female artist to win a total of 22 AMA awards.