Maria Grazia Chiuri for the Pre-Fall collection of Christian Dior showed a mood board which  featured various Delaunay references and work by Anni Albers. In their early years they achieved success alongside and also independently. 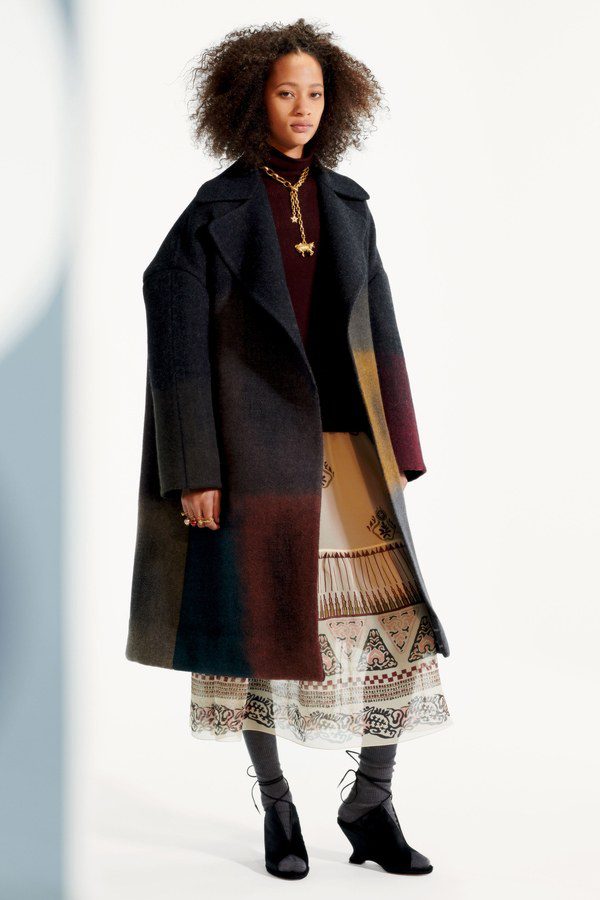 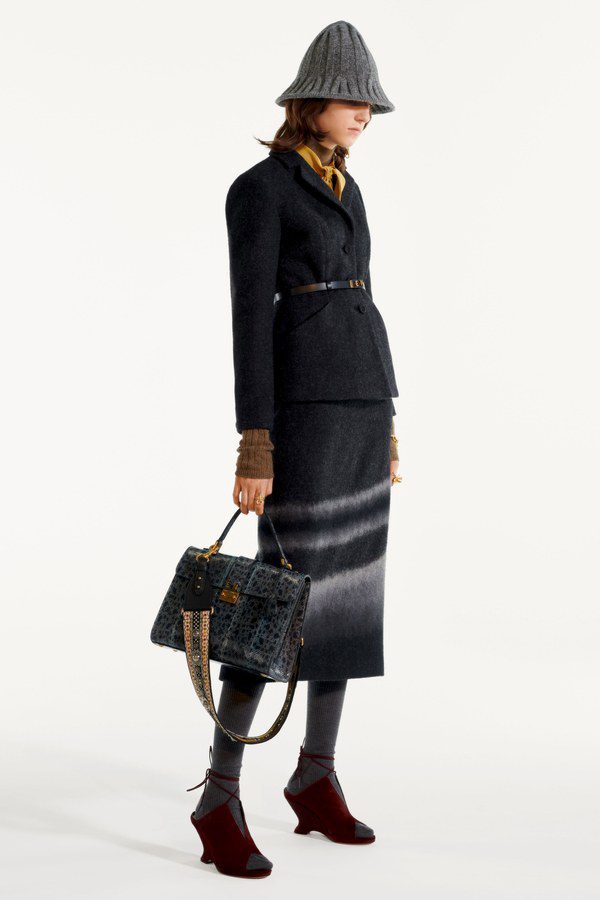 Churi stated that “I think you come to Dior to find prêt-à-porter at a high level—creativity with quality.”  “All the embroideries and techniques, it can be a very experimental way to make things. And it’s not easy sometimes.” It was very noticeable as she singled out how many of the wearable looks were imbued with layers of workmanship. First, there was a hand-application of color grazing the dark surfaces of shapely outerwear in sturdy Shetland wool as though the classic Bar jackets had been modernized and air-brushed by street artists. There was delicate lace that revealed a tiling of muted tones beneath; a jacquard of tulle that appears as a gauzy lattice sheath worn by Ruth Bell; crochet intarsia and pleating formed from incrustations of gradient silk; woven tufts of fur and 3-D knits; and embroideries of velvet and beading. If some of the silhouettes seemed noticeably throwback, they were styled in an updated way; frothy dresses worn over second-skin turtlenecks or sheer skirts revealing knee-high boots with sleek embossed accents. 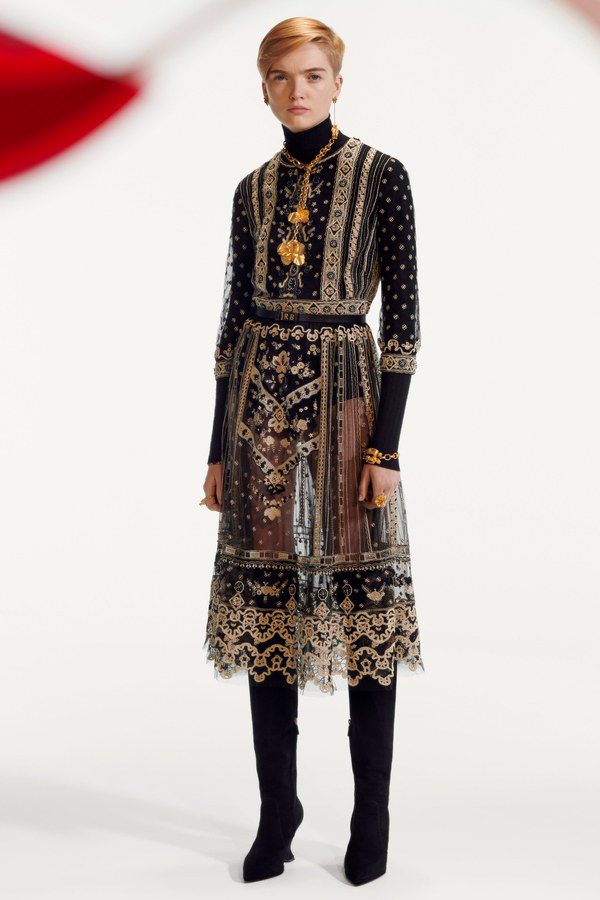 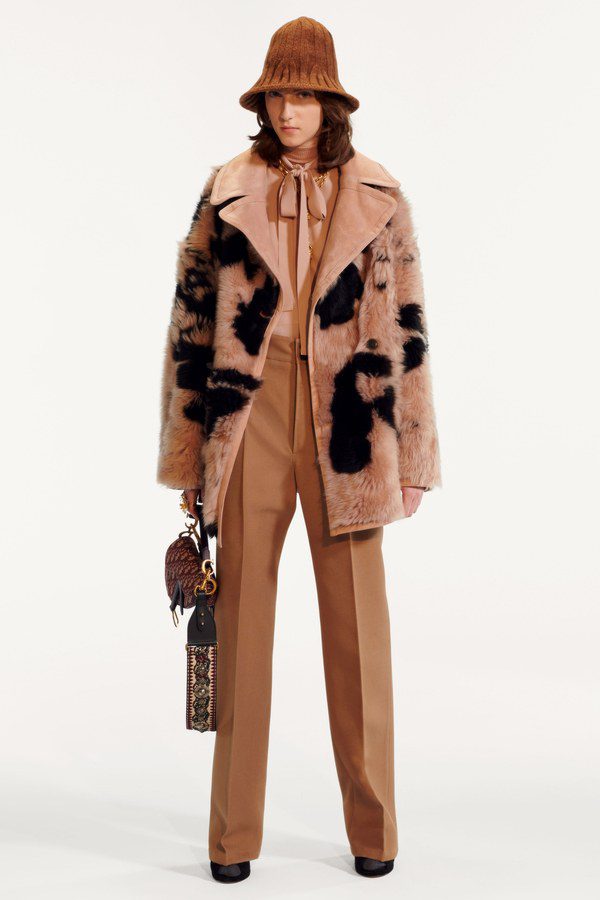 Other accessories, meanwhile, played up the personalization: chunky pendant necklaces of zodiac figurines, or bags and belts with a choice of hardware. 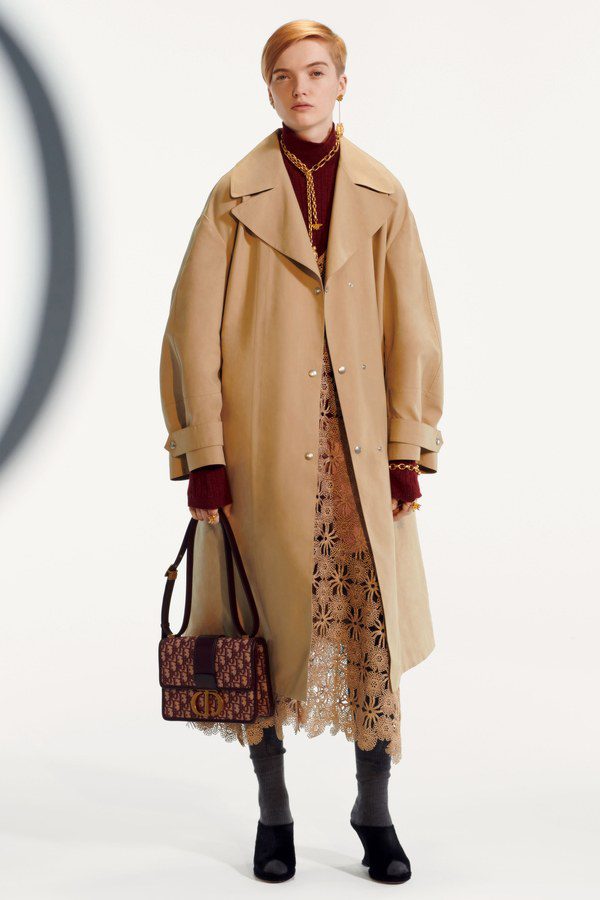 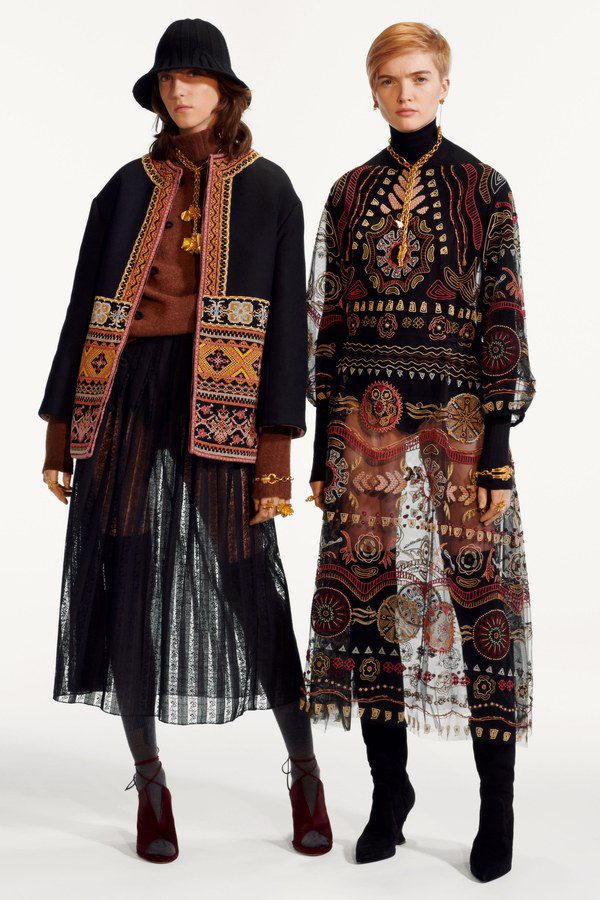 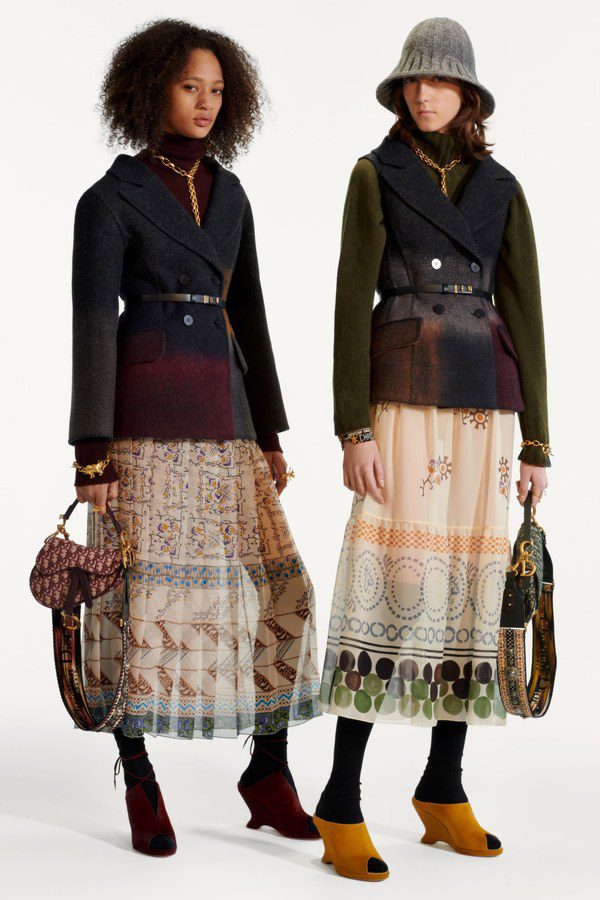 Label Of The Week, Tosia.