Chanel Breaks Couture Runway Traditions With A Royal And A Steed 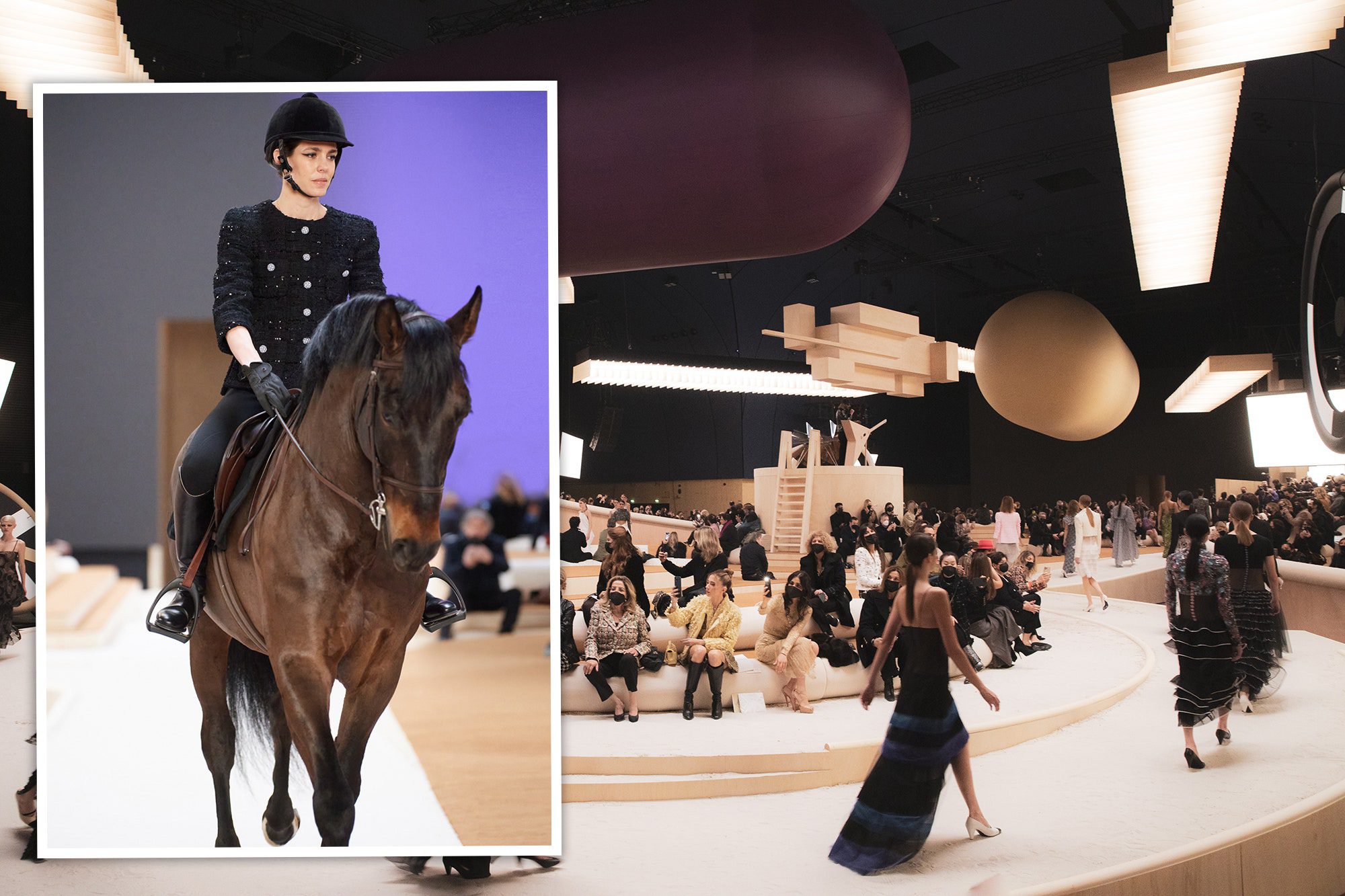 Chanel Breaks Couture Runway Traditions With A Royal And A Steed

Couture pushes boundaries and breaking molds in fashion in an avant-garde way. Major fashion houses, like Chanel, channel couture with the details and creative execution of a runway show. This past weekend, Chanel debuted its new couture collection at Paris Fashion Week surprising the audience with a royal riding upon her horse down the runway.

Over the years, Chanel has expressed creativity and shown great attention to detail during their shows. Each show comes with its own showstopper, a grand spectacle that sets the scene for the collection. From summer villages and winter wonderlands to libraries and casinos, Chanel has always been spot on for the interior decoration of their shows. This year, the fashion house sent Charlotte Casiraghi, Monégasque princess and granddaughter of Grace Kelly, down the runway cantering on her Spanish bay horse, Kuskus. The spectacle was met with great praise and delight from the audience, bringing the versatility of couture.

Charlotte Casiraghi, a newly official Chanel ambassador as of 2020, has made quite a reputation for herself outside of fashion too. Casiraghi takes part in equestrianism, modeling, founded a film production company ‘Swoon’, and has written for magazines. Her collaboration with Chanel is a long time coming as she has always been a part of the fashion house’s star-studded clientele. It was expressed by creative director Virgie Viard that “Xavier [the artist in collaboration with this collection] wanted to work with Charlotte Casiraghi … his artistic universe is full of horses, and Charlotte is a skilled rider,”. In working with Xavier and Casiraghi, the show delightfully embodied the spirit of Chanel and the versatility of its pieces. Charlotte dressed in a back tweed jacket, riding boots, and jockey’s cap emphasized the creative vision sporting a look ready for competition while still displaying the elegance and style of Chanel.

There was clear emotion and inspiration behind the collection and the show itself, with the showjumping course captured by Xavier. The rest of the show went along with the creative vision featuring geometric-print dresses, sheer midi dresses, oversized tweed blazers, and more. Aligning with Chanel tradition, the show ended with a bride, holding a bouquet of black flowers. This was in memory of Gaspard Ulliel, a French actor who passed away on January 18. Behind the show, designer Viard stated “I used to love the sound of flashbulbs going off at the shows … I wanted to recapture that emotion.”